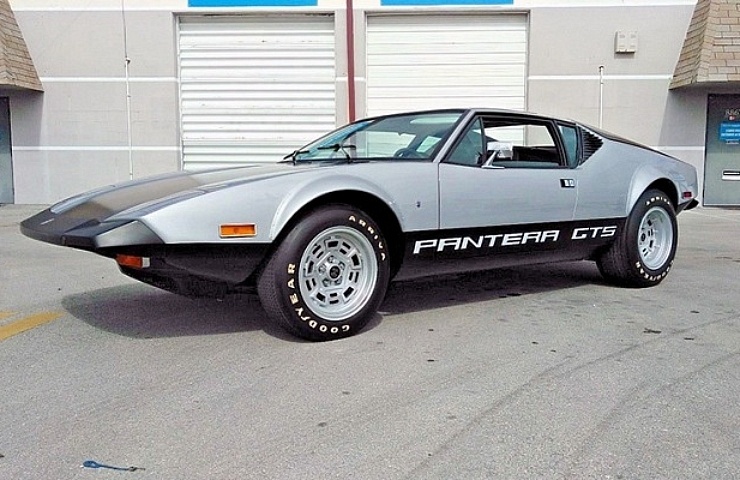 Is there a better tale of an owner being frustrated by his Italian exotic than Elvis Presley famously putting a bullet in his De Tomaso Pantera when the carburetor flooded and the car refused to start?

Despite this anecdote, the Pantera has emerged as one of the most reliable of the Euro supercars to emerge from the 1970s. That’s due, in large part, to it being one of the least “European” of the bunch. With a design heritage spanning three continents and a mechanical backbone sourced from the cheap and plentiful stockpiles of Detroit, the De Tomaso Pantera beckons modern day collectors sick of fixing it again, Tony.

While collectible Panteras can be quite affordable, sellers of exceptional models often list for large sums. For example, the 1974 De Tomaso Pantera GTS shown above had a single owner until 2014.

The Pantera sprung from the mind of Argentinean auto racer and would-be business magnate Alejandro de Tomaso, who married his way into a leadership role at Ghia and Vignale. He used that position as a springboard to further his own sports car ambitions. After testing the waters with the Mangusta, De Tomaso turned to designer Tom Tjaarda to conjure up the mid-engine Pantera’s wedge shape—and brokered a deal with Ford to provide technical expertise and parts.

By 1970, the world had seen a prototype of the De Tomaso Pantera. Sales began the following year—although not exactly in earnest. Just over 6,000 coupes from the original Pantera run found buyers by the end of 1975. The final block of cars sold as re-purposed leftover ‘74 models. After a split with Ford, De Tomaso would continue to build several different versions of the Pantera until well into the 1990s. Engines continued to be sourced from the Blue Oval. The cars generally maintained the same overall styling cues. 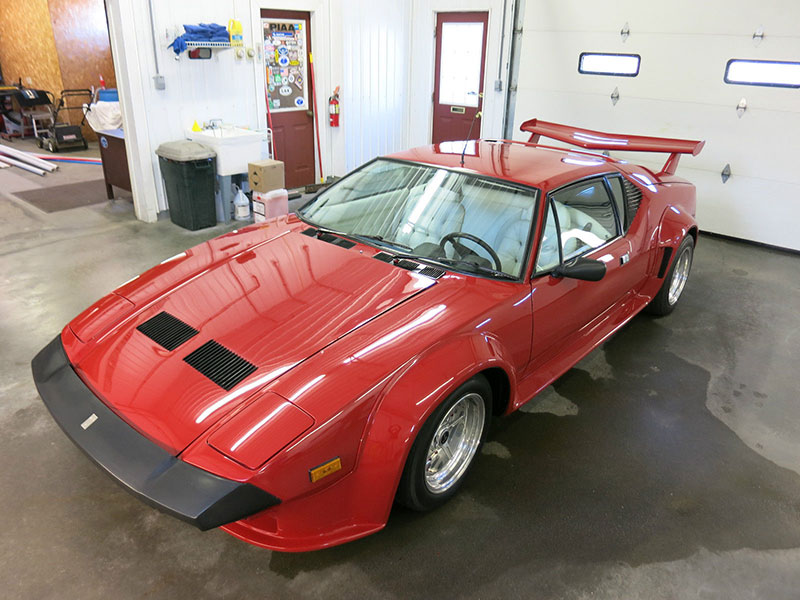 This 1972 De Tomaso Pantera sold on eBay Motors for $42,600 in 2015. Substantially modified from original, both inside and out, it nods to the GT5 look of later models.

A major aspect of the De Tomaso Pantera’s appeal on the collector car circuit is its bread-and-butter mechanical bits. Original Panteras all feature a 351 cubic inch Cleveland V8 mounted longitudinally behind the driver. The engine is instantly familiar to Ford enthusiasts in general (and Mustang owners in particular) around the world. Pushing out nearly 400 horsepower (far above the conservative factory rating), and mated to a five-speed ZF transaxle, the car is capable of a mid-five second sprint to 60 miles per hour, on its way to a top speed of 150 mph.

Pristine Is a State Of Mind

Unlike other exotics judged by their originality when determining how much to pay, the Pantera community largely approached the coupe as a “work in progress.” Almost every remaining example benefits from a rolling suite of improvements and upgrades since the day it left the factory. Some of these originated from De Tomaso itself. The company had to solve numerous engine cooling, cabin climate control, and braking issues during the first few years of production.

Do a little research into how much trouble DeTomaso and Ford had with the first few hundred Panteras. It might sound like early cars should be avoided at all costs. Unique among collector cars, however, is the fact that by now almost all examples of the coupe on the market have most likely had their issues sorted by the community that has dedicated itself to keeping Panteras on the road.

In 1993, the car received new bumpers to jive with federal regulations. Designers added a rubber lip up front and a fairly heavy—and protruding—plastic-covered steel pipe at the back. Depending on local jurisdictions, these units may have been replaced or removed over time. For a brief period, it was also possible to purchase a “GTS” package for the car that included stickers and fender flares. It’s not uncommon to see standard Panteras given a GTS makeover. The ultimate in over-the-top looks, however, comes in the form of GT5 kits, which mimic the ultra-rare continuation racers built by De Tomaso into the 1980s after the partnership with Ford was dissolved. Most GT5 modifications happened outside the factory, and quality varies accordingly. 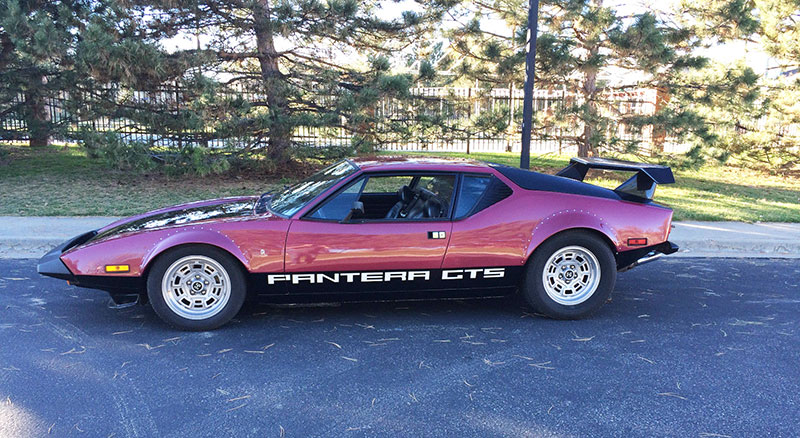 Genuine GTS cars command a substantial, but not sky-high, premium.

How Much To Pay?

A well-maintained first-generation De Tomaso Pantera will set you back between $45,000 and $65,000, depending on how far into the high-performance territory its list of modifications goes. And of course, you’ll see Panteras advertised at $100,000 all day long. The De Tomaso can be a bear to drive at speed. Simply put, it lacks the provenance of a Lamborghini or a Ferrari. Consequently, collectors have largely avoided standard editions of the coupe. They focus instead on low-run original GT5s or rare, unmolested 1971 models. Their loss is your gain. The standard Pantera remains a cheap-to-maintain entry point to the world of classic exotica.

Hankering for a Pantera, but on a tight budget? Alternatives exist, if you’re patient and persistant. Replica Pantera kit cars sleep under layers of dust, tucked away and forgotten in barns and garages. Alas, building a replica from scratch is not an option, as new Pantera kits are not currently in production. Odd as it may seem, one of the most popular vintage Pantera kits used the Pontiac Fiero platform.