We’re embarking on a twelve-stop road trip to celebrate American car cultures and create the country’s most unique rolling auto show. Along the way we’re partnering with real builders to pick up eight bespoke rides that show what’s possible using parts and accessories from eBay Motors. Follow the journey on social or come and see them for yourself at one of our stops. 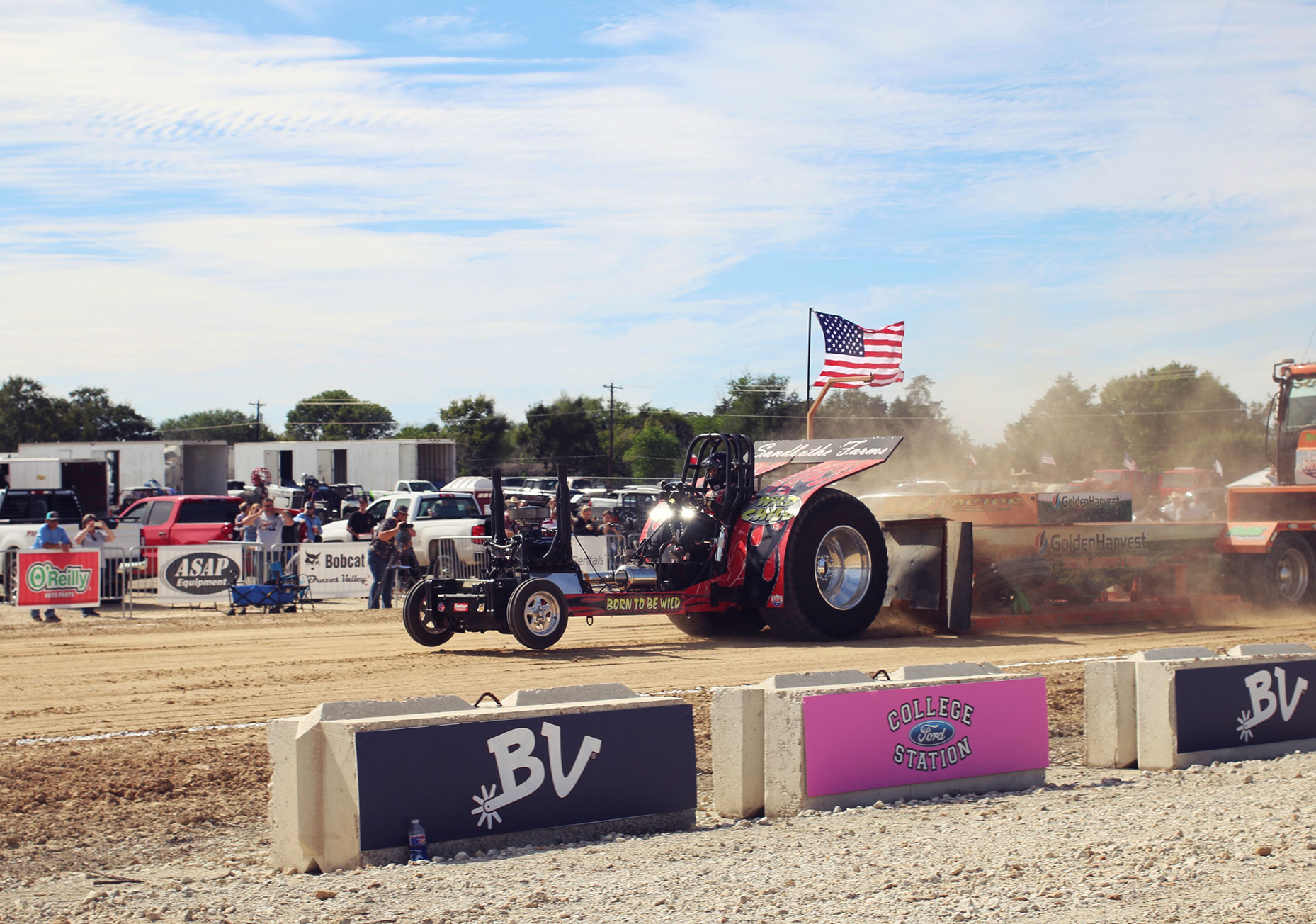 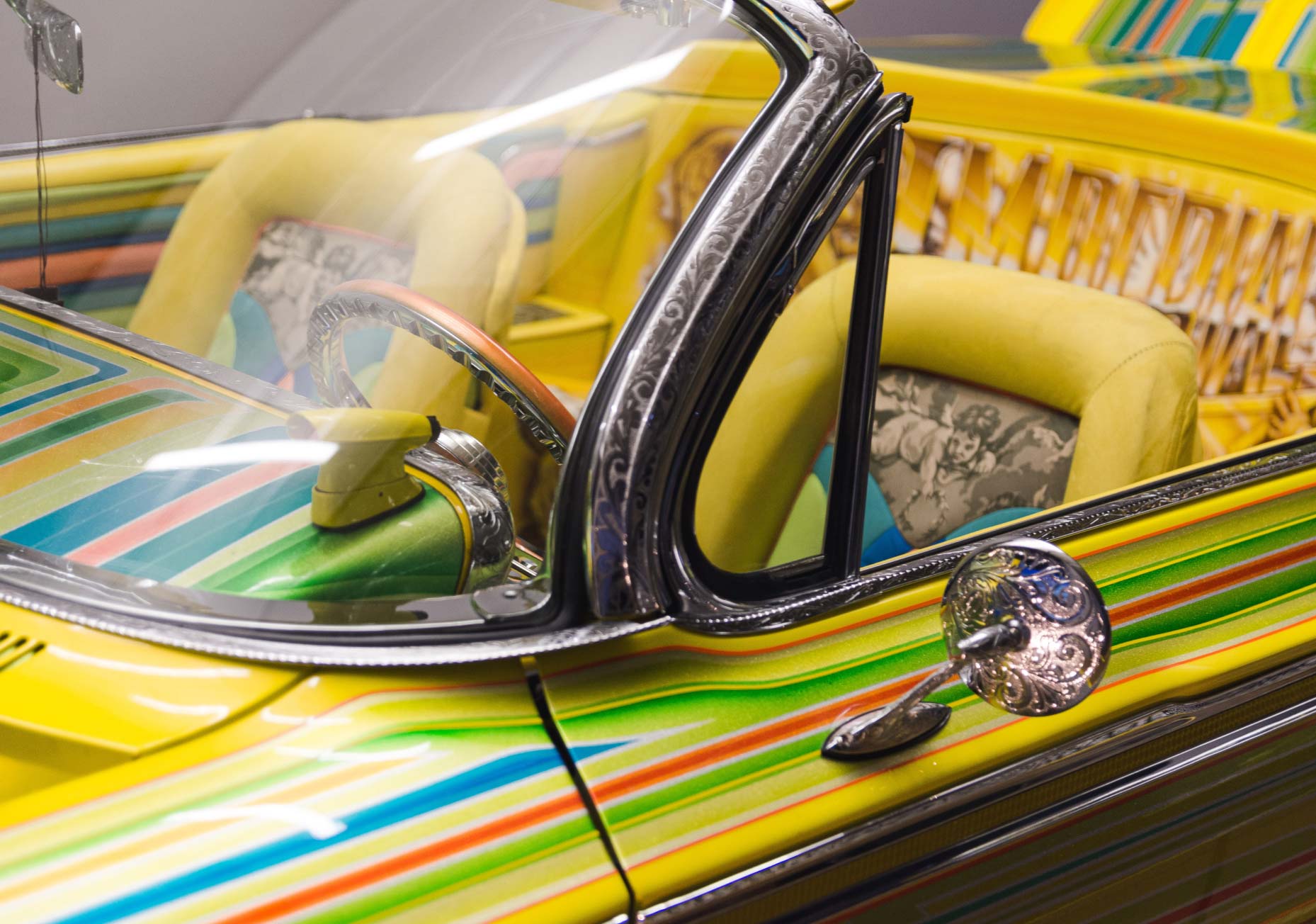 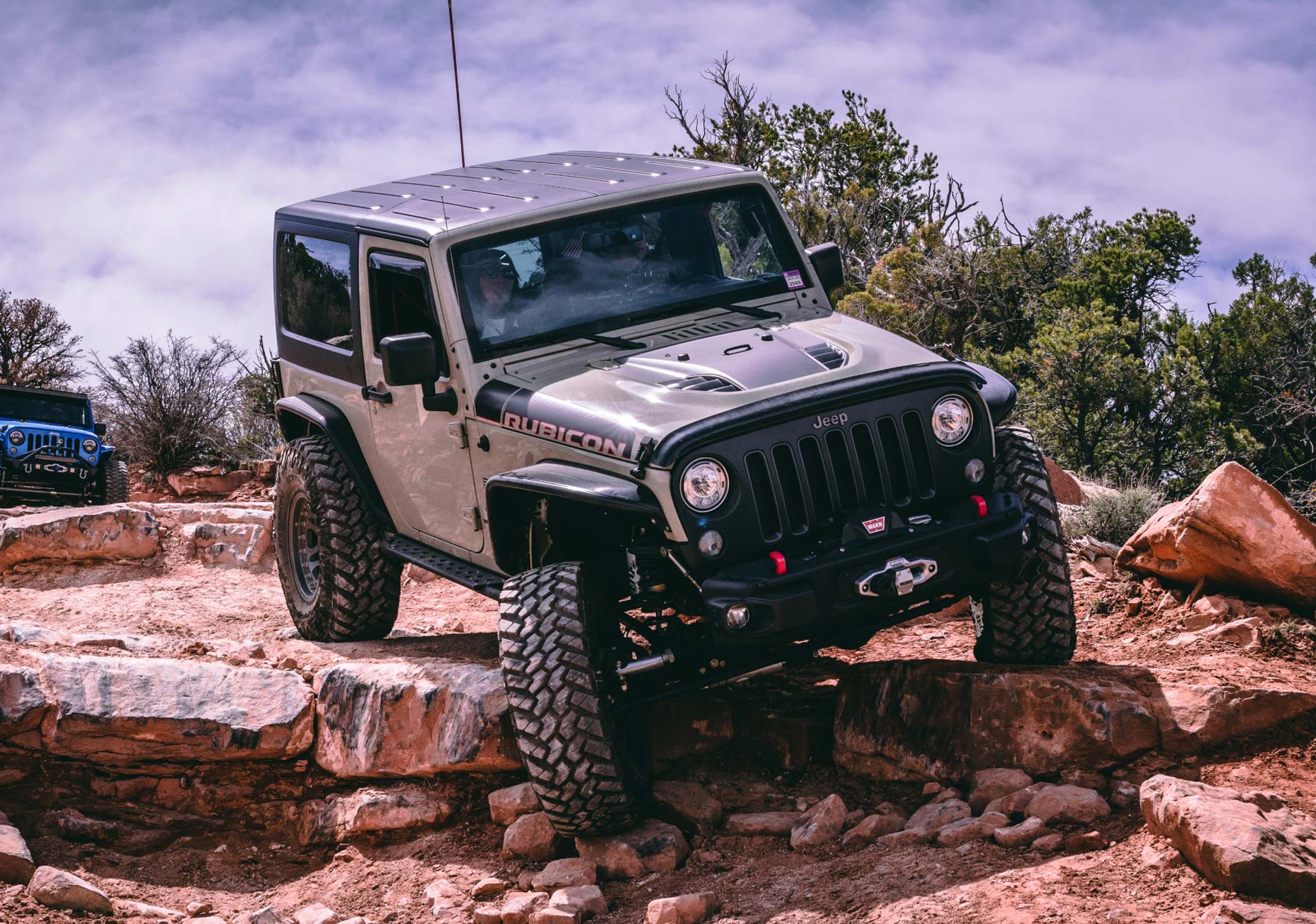 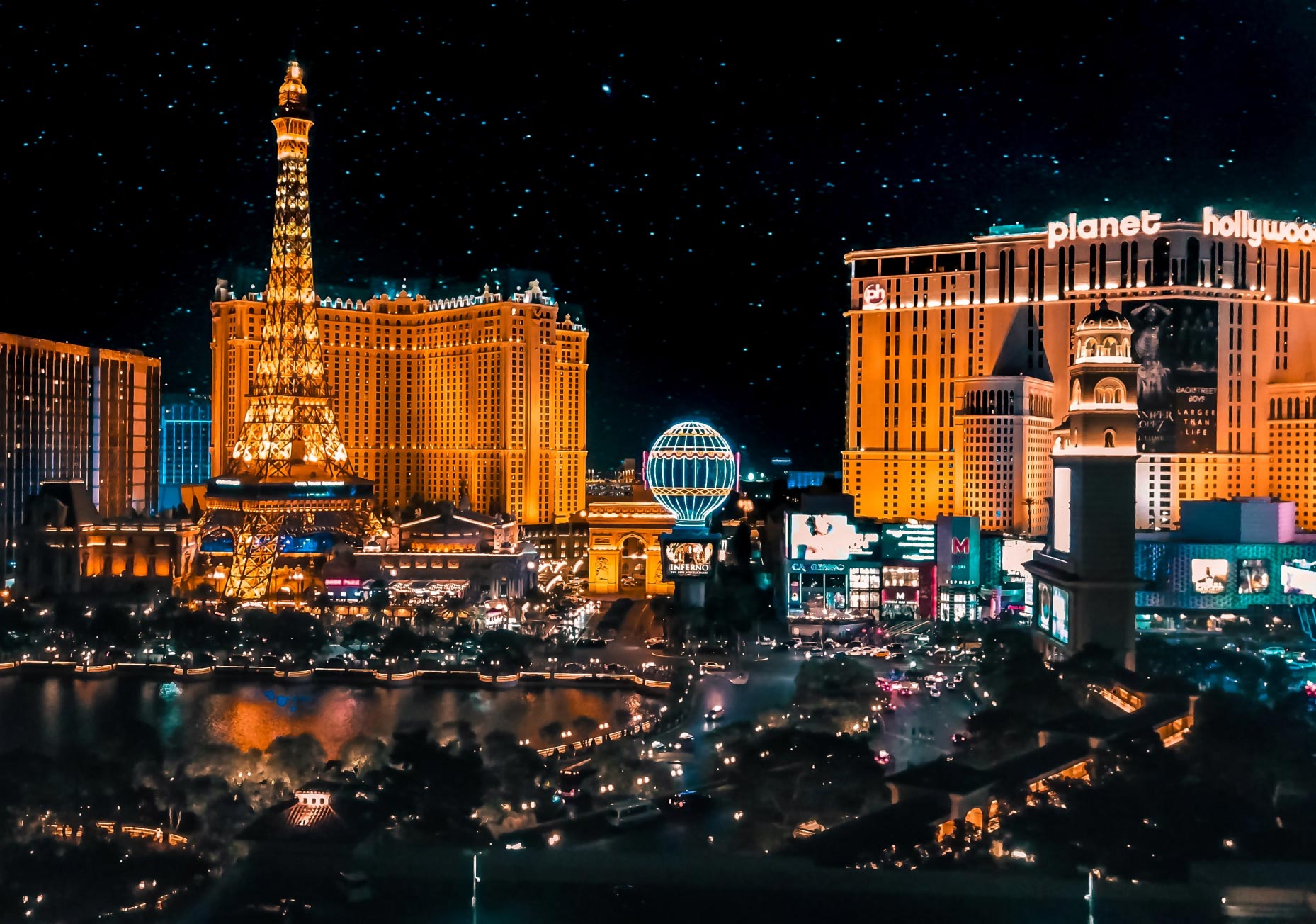 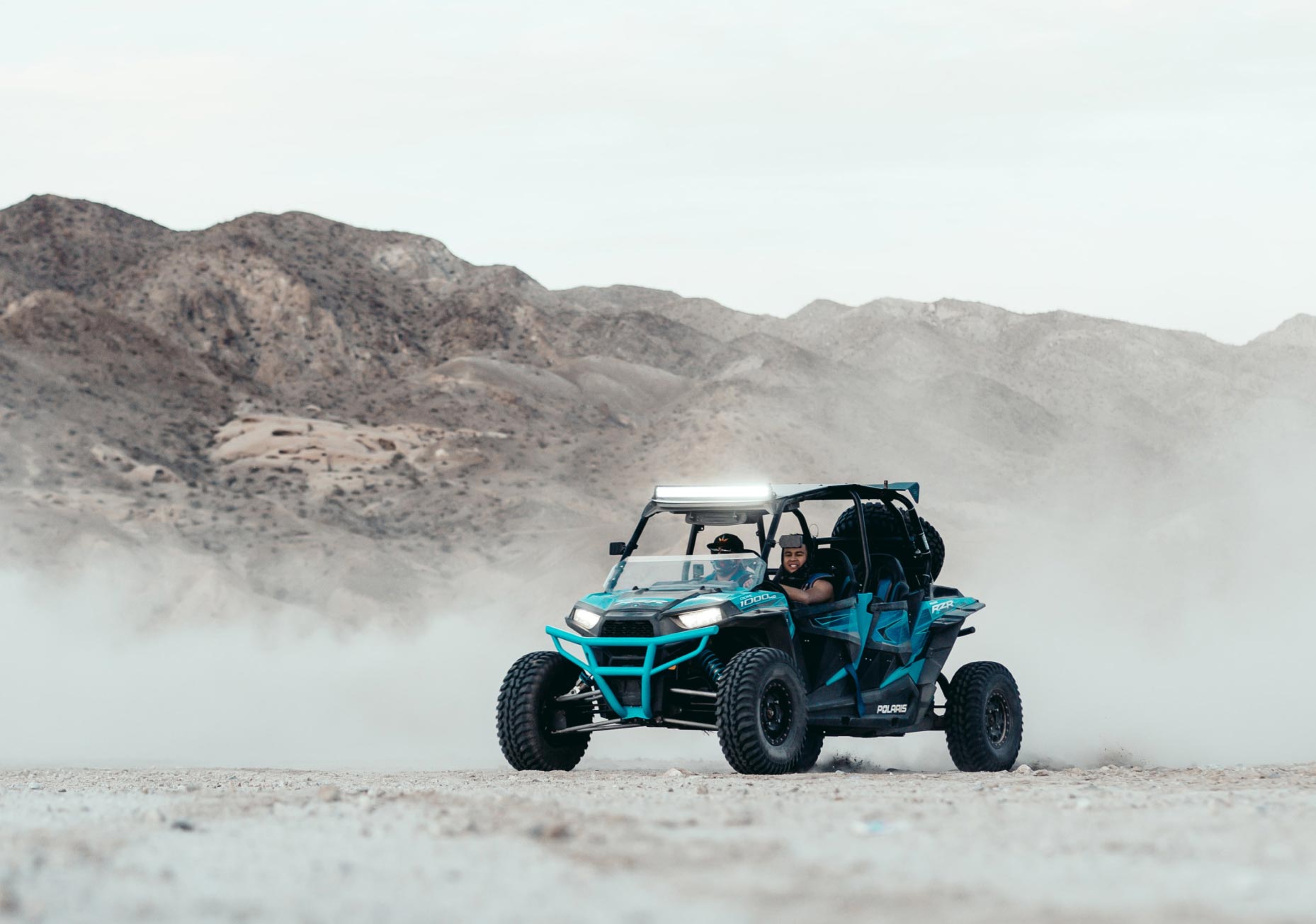 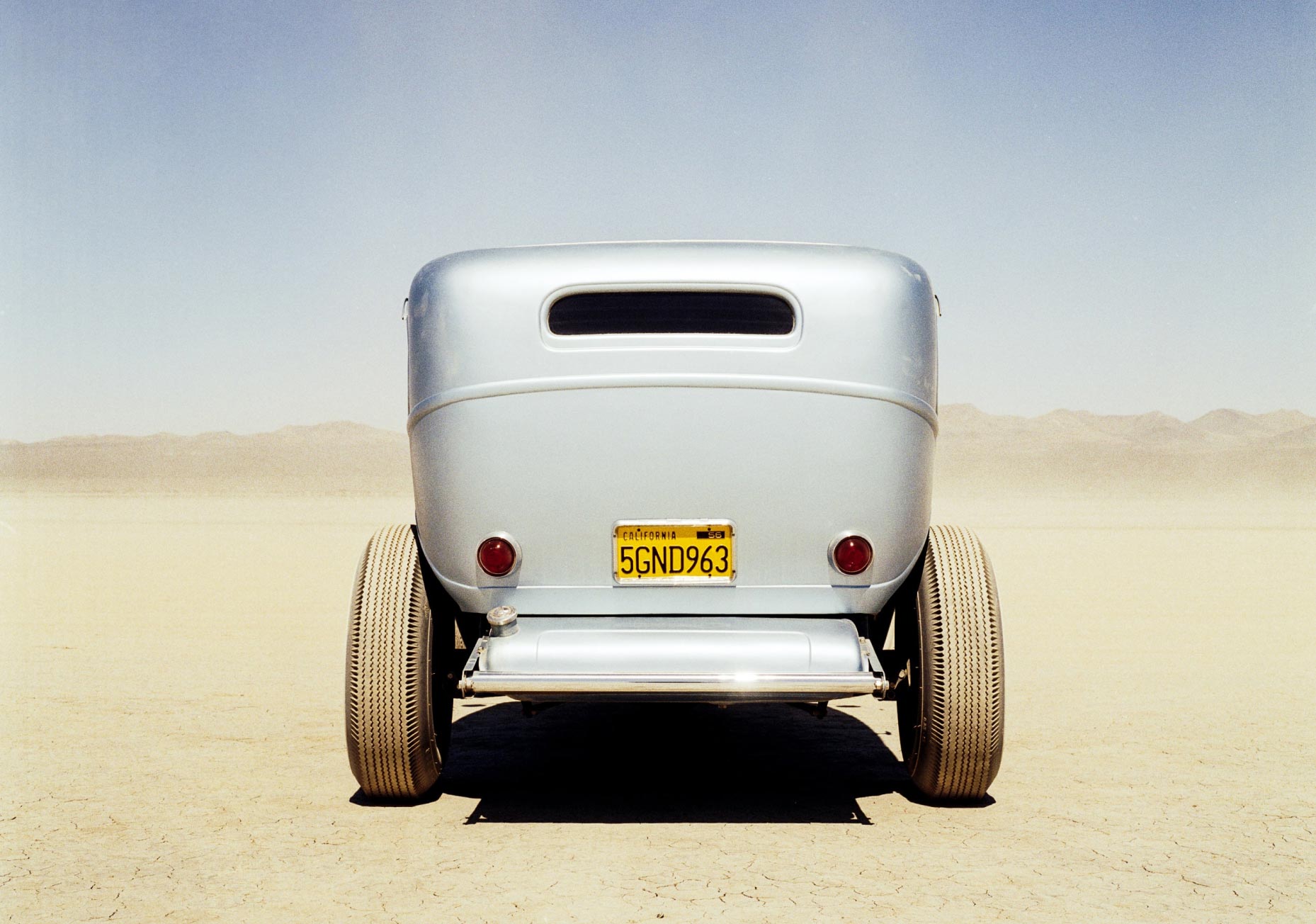 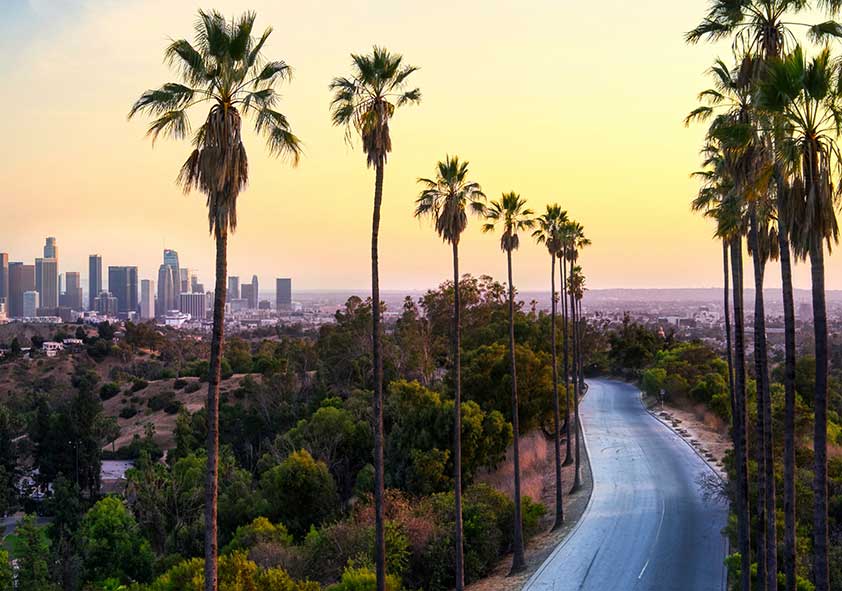 9/21 Hickory Corners MIGilmore Car MuseumOur tour launches at the Gilmore Car Museum for their Wednesday Night Cruise-In. Partnering with Alex Palmeri of @LegitStreetCars we unveiled our first custom built ride. This rare Ford SVT Lightning is an iconic "muscle truck" that has been upgraded with a new engine from eBay Motors, featuring a bigger supercharger and dual fuel pumps that deliver 75-100+ hp over the factory rating. It has also been modified with a new stall converter and long tube headers to make it a true sleeper at the drag strip.

Explore the build
9/24 Deals Gap, NCTail of the DragonWe visited the hallowed “Tail of the Dragon,” America’s most engaging motorcycle and sports car road. Partnering with Lee Carter of @ScrapLifeGarage we unveiled our second custom built ride, an Audi R8 Kart. Thanks to its unique, street-legal exoskeleton and a twin-turbocharged, supercharged engine, it weighs only 3,300 lbs, but puts down more than 1,500 hp. Lee put his dream machine to the test on the road’s more than 300 turns and came away with a ride he’ll never forget.

Explore the build
10/1 Ridgeland MSRenaissance Euro FestWe’re stopping by at the 14th annual Renaissance Euro Fest Classic European Auto and Motorcycle Show. Collectors and enthusiasts throughout the South come to explore classic European builds, as well as a selection of rare and limited production vehicles. We’ll unveil our third custom-built ride in partnership with Lee Carter of @ScrapLifeGarage. He’ll be hosting a meet and greet where you can learn about the build.

1000 Highland Colony Parkway | Ridgeland, MS 39157 | 10:00 AM - 5:00 PM CST
10/4 Bowling Green KYCruisin for a CureWe’re in Bowling Green, KY, a mecca for Corvette lovers - and the home of the iconic American nameplate. Every “Vette” since 1981 has been assembled at the local GM Plant, so it’s no surprise the town is the site of the National Corvette Museum. We’re popping up at the Cruisin for a Cure event, where collectors will show off their own rides and collect donations for the Juvenile Diabetes Research Foundation. We’ll unveil our fourth custom-built ride in partnership with Mike of @Drag_N_Drive and legendary hot rod builder Kenny Davis. They’ll be hosting a meet and greet where you can learn about the build.

2712 Scottsville Road | Bowling Green, KY 42104 | 4:00 PM - 8:00 PM CST
10/7-8 Rogers ARBikes, Blues & BBQWe’re in Rogers, AR for Bikes, Blues, and BBQ, the world's largest charity motorcycle rally. Nestled among the Ozark Mountains, riders come from multiple states on Harleys, Indians, Triumphs, and many more to connect as a community while supporting local non-profits. We’ll unveil a pair of custom-built bikes in partnership with Porsche Taylor of @BlackGirlsRide and Foxy of @FoxyProCGM. They’ll be hosting a meet and greet where you can learn about the builds and the Black Girls Ride movement.

Pinnacle Hills Promenade | 2203 S Promenade Blvd #3200 | Rogers, AR 72758 | 8:00 AM - 5:00 PM CST
10/16 Bryan TXTTTPA Tractor PullWe’re in Texas where everything is bigger, including the builds. A fan favorite among auto enthusiasts, tractor pulls feature some serious towing power. These competitions feature modified tractors or trucks that drag a weighted sled along a course. There, we’ll meet up with builder Mike Satterfield of @TheGentlemanRacer, known nationally for his multiple award-winning SEMA builds. We'll unveil his Texas-inspired ride and host a meet and greet where you can learn about the build firsthand.

Brazos Valley Fairground | 5827 Leonard Road | Bryan, TX 77807
10/23 Wichita KSMidwest Super ShowWe’re in Wichita for one of the most tricked-out shows in the US. The Midwest Supershow is known around the country for its collection of classic lowriders and bikes - and even features a hopping contest. All-told, the show boasts a browsable collection of over 300+ exotic and luxury cars, most of which don’t look anything like when they rolled off the assembly line. We’ll unload our collection of custom-built rides, and attendees can wander through and explore them up close.

Century II Performing Arts & Convention Center | 225 W Douglas Ave | Wichita, KS 67202
10/28 Moab UTJeep Jamboree 24We’re in Utah for the 24th annual Moab Jeep Jamboree. Situated amongst Arches and Canyonlands National Park, this event is celebrated as one of the most breathtaking 4×4 destinations in the world. Every year Jeep enthusiasts attempt to scale giant rocks with purpose-built Jeeps. We’ll meet with Ian Johnson of @IanFromBigTireGarage, the former host of Big Tire Garage for MotorTrend. He’ll unveil his custom-built ride and host a meet and greet where you can learn about the build.
11/1-4 Las Vegas NVSEMAWe’re in Las Vegas SEMA, the largest aftermarket auto show in the world and a destination for all things car modding products and inspiration. Builders bring rides from across the country to enter in the Battle of the Builders competition, including a mix of industry veterans and newbies looking to make names for themselves. Winners are recognized in four different categories, including Hot Rod, Truck/Off-Road, Sport Compact and Young Guns. We’ll unload our collection of custom-built rides, and attendees can wander through and explore them up close.

Las Vegas Convention Center | 3150 Paradise Road | Las Vegas, NV 89109
11/11 Payson AZMogollon Mountain UTV FestWe’re in Payson, AZ at the Mogollon Mountain UTV Fest, and if you like off-roading, this is one of the best events in the country. For three days, large UTV caravans including side-by-sides, quads, and dirt bikes, head out on guided trail rides. Riders drive through the largest Ponderosa Pine forest in the U.S. and up to the Mogollon Rim where they overlook a 2,000 ft. drop. We’ll meet up with Rich Benoit of @RichRebuilds to check out a custom ride - freshly debuted at the SEMA Show just days prior - to see if it’s ready for the trail.

Payson Event Center | 1400 South Beeline Highway | Payson, AZ 85541
11/13 El Mirage CASCTA RacesWe’re in El Mirage, CA, whose dry lake bed has been home to Land Speed Racing (LSR) for more than half a century. Decades ago, as Land Speed Racing gained in popularity, the Southern California Timing Association (SCTA) was formed by avid land speed racers to organize competitions and promote the sport. Four times a year, drivers head out to the desert to compete, with the field broken into competitive classes.
11/17 Los Angeles CAParts of America Tour FinaleTo celebrate the conclusion of the tour, set for Nov. 17 in Los Angeles as the LA Auto Show kicks off, the full collection will be put on display and several of these one-of-a-kind builds will be listed on the eBay Marketplace, giving enthusiasts from across the United States a chance to own a piece of American car culture.

It starts with the parts

No matter what’s in your garage or what you’re planning we’ve got the parts and accessories to make your dream ride a reality.