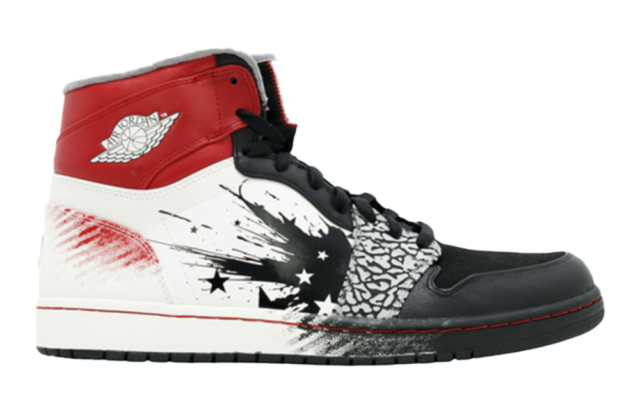 What Are the Rarest Jordan Collabs of All Time? 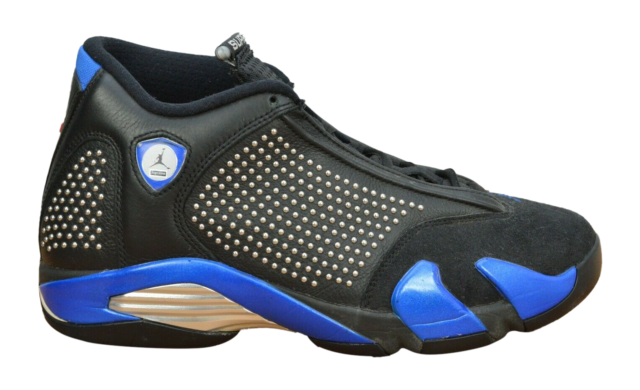 In modern sneaker culture, collaborations are a constant. Brands are constantly finding new ways to create products with artists, celebrities and other companies. After all, what sneaker fan doesn't dream of an Air Jordan collaboration? While Jordan collabs may seem typical today, it wasn't always the case. The first-ever official collab that wasn't a player-specific signature or player-edition sneaker didn't drop until 2005. Since then, Jordan Brand has expanded — but not all collabs are as collectible as the next. Let’s look at the rarest and most sought-after collaborations from Air Jordan. 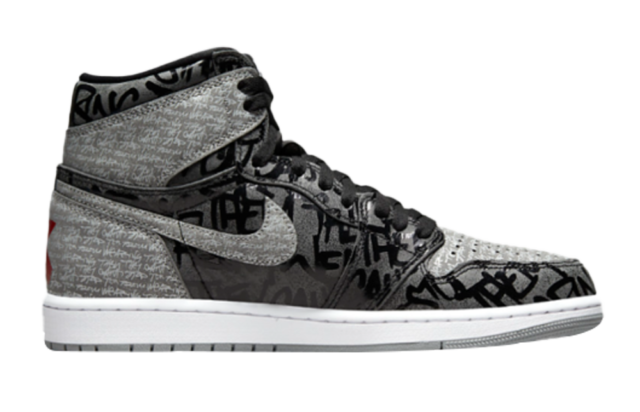 Boutique collaborations are almost expected in footwear today, but the first-ever was with Los Angeles-based sneaker and streetwear store UNDFTD. The Air Jordan IV x UNDFTD (JBM351-M1) dropped in 2005 and was limited to only 72 pairs. That intensified the mania for a pair during the original release and on the resale market years later. The sneaker features an olive oiled suede upper inspired by MA-1 flight jackets, black detailing and orange hits on the lining and tongue tag. This sneaker is so sought-after and rare that all resell sites are sold out. The last known bid for a pair was around $20,000. 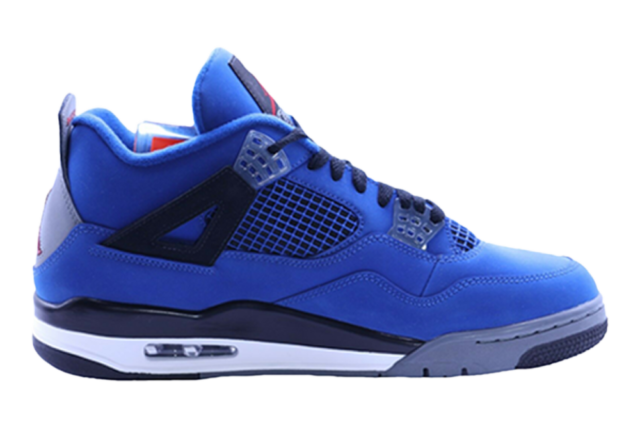 Multiple rappers and performers have been given both official and Friends and Family-specific collaborations with the Jordan Brand in recent years. Travis Scott, DJ Khaled, Drake and others have all had multiple pairs come to market. However, it may surprise you that the first rapper to get his own Jordan sneaker was none other than Eminem. The artist has his namesake on some of the rarest Jordans of all time. The first Eminem sneaker is the Air Jordan IV Eminem Encore which dropped in 2005 (JBM231-M19-C1), named in honor of the rapper's album of the same name. Only 50 pairs were created of the blue suede AJ4 model with black and red accents and were gifted exclusively to friends and family. The Eminem Encore IV sneakers were later retro-released in 2017. Unfortunately for sneakers fans, only twenty-three pairs were produced, most to friends and family. Only one pair was released to the public, which was listed exclusively in size 12. Given the ultra-rare availability, prices for the retro release vary between $20,000-$50,000. 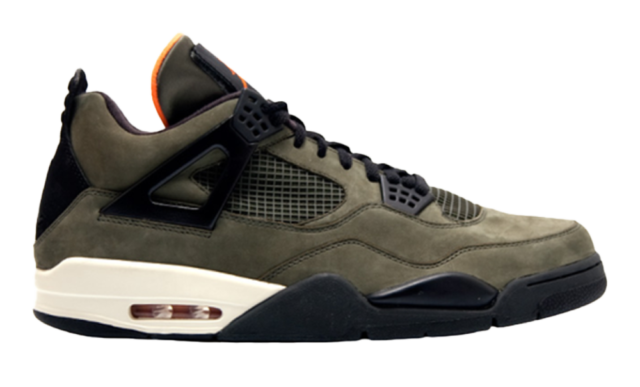 Cross-brand collaborations aren't incredibly common or instantly collectible. But when you combine the history of Jordan Brand and athletes like Kobe Bryant, you get an incredibly special release. The Jordan Kobe PE Pack 3/8 (869802-907) features two Jordan models — an AJ III and AJ VIII. Both pairs feature mostly white uppers with Los Angeles Lakers purple and gold accents. During Kobe Bryant's 2002-2003 season, he was a sneaker free agent — he previously was an adidas Basketball signature athlete. He later signed with Nike Basketball for his signature line that would last through his career and retirement. During his footwear free agency period, the Black Mamba wore both the 3 and 8 in Lakers-specific colorways during games that were created specifically for him — called player-edition sneakers (or PE). The Kobe PE pack dropped back in 2016 but was never released to the general public and was only given out to select friends and family of the Hall of Famer. Select pairs were put up at auction for charity, and most recently, the pack surfaced on Stadium Goods for $30,000. Set your alert now if you're a Kobe fan because the PE pack is an ultimate collectible. 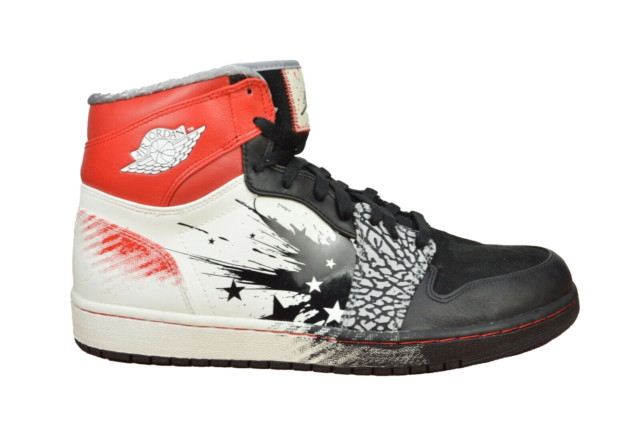 It should come as no surprise that artist collaborations are some of the rarest and most valuable Jordan collabs to date. After all, art is also based on supply, demand and the market — much like sneakers. Dave White has had a few Jordan collabs, including the Air Jordan 1 "Wings For The Future" in 2011 (237399-043). Only 23 pairs of the white AJ1 with a gold toebox and red and white striped heels were made to benefit WINGS, Jordan Brand's community outreach program. The pairs dropped during All-Star Weekend and raised over $23,000. They've recently sold for over $6,000 and rarely pop up on the secondary market.

A year later, a similar but less limited pair also dropped during All-Star Weekend — the Dave White x Air Jordan 1 Retro High "Wings Of The Future" (464803-001). This collaboration features a black and deep grey toebox instead of gold, a black cement mudguard, a red and white ankle and heel cup upper, along with a gradient midsole. The 2012 edition trades for around $250 for a used pair and roughly $500-750 for a new pair. So, if you're a fan of Dave White and sneaker art, a 2012 pair of Dave White AJ1s is an easier but still collectible option. 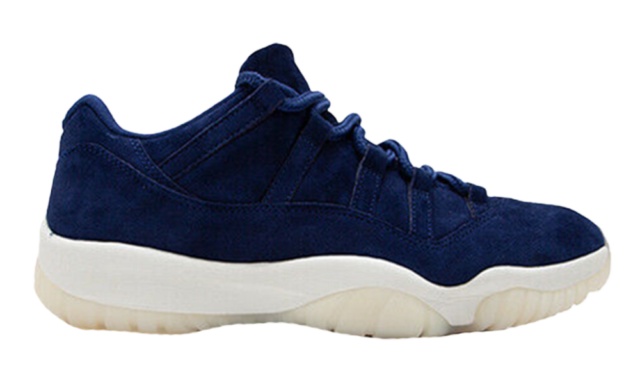 Jordan Brand athletes span beyond basketball stars. One of the most well-known non-NBA Jordan athletes is the now-retired Derek Jeter. The former New York Yankee shortstop's special edition Air Jordan XI Retro Premium "Derek Jeter" sneakers (351792-147) are also some of the most expensive sold at auction. The Yankee-hued midnight navy suede sneakers, which also feature Jeter's number 2 on the heel, were released in 2017 to honor Jeter's retirement. Only five pairs are rumored to exist and were released using a lottery system at a pop-up shop on the day of Mr. November's retirement ceremony. A pair popped up on Sotheby's auction house, and bidding started at $30,000.