Crocs are still in it for 2022. After making waves on the debut of his Pollex Crocs Clogs back in November 2021; Salehe Bembury brings out three more styles of the unique-looking clog. Following the launch of the Cucumber and Menemsha renditions are three colorways with monochromatic accents. Each pair surfaced months before, and now they officially released last May 2022. These, however, are not as limited as the first drop. So the resell values may not be as high as the two.

The first of the three is the Pollex Crocs Clog Crocodile. It features a lime green makeover including the strap on the heel. Semi-translucent portions on the forefoot and heel areas of the outsole also come in green. Among the three, this is the most eye-catching colorway due to the lively brightness of green. It also reminds people a lot of the Yeezy Slides because of its earthy tone albeit brighter. 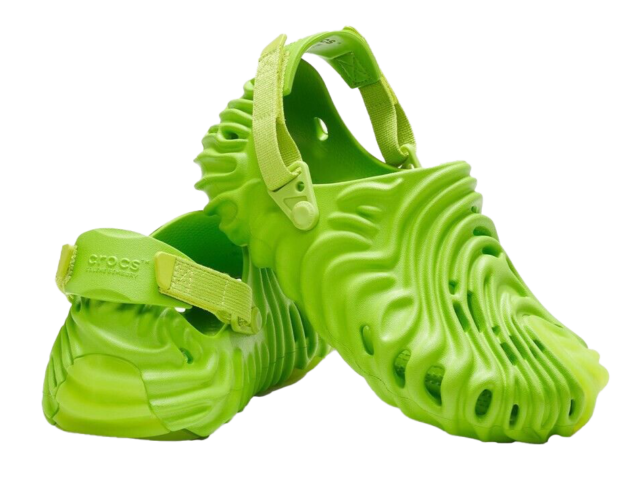 Another colorway in the trio Pollex Crocs Clog by Salehe Bembury is the Urchin. This pair boasts a light purple color scheme with grey rubber pigments on the strap and strap holder. Semi-translucent areas come in light grey for that subtle look. Just like other colorways, it makes the shoe’s fingerprint aesthetic stand out more because of its minimalist colors.

The final colorway is the all-white colorway called Stratus. Hints of grey cover the rubber areas on the heel strap. This is the cleanest colorway among the three, almost looking like the Friends & Family exclusive colorway called the Spackle.

All three Pollex Clogs released on May 24, 2022. The three sold out quickly as resellers hoped to get a lot of profit while the demand is high.

Salehe Bembury Before The Crocs Collab 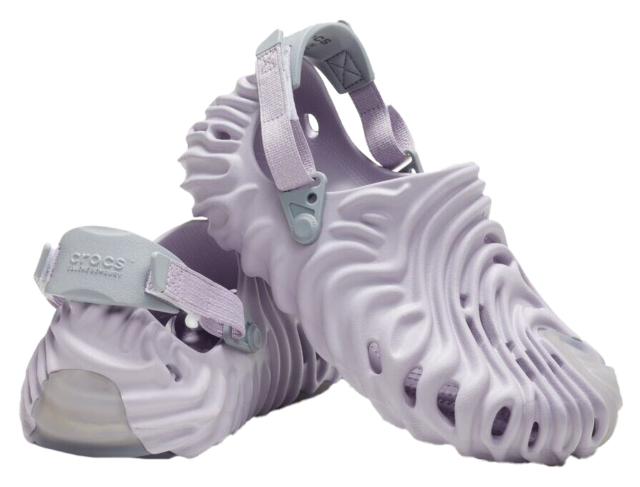 Way back 2011, he was part of Cole Haan’s innovation team who designed the Cole Haan LunarGrand shoe. Four years later, Salehe Bembury found himself as part of the Yeezy designers who worked on Yeezy Seasons 3 and 4. By 2017, Salehe Bembury became the head of sneaker design of Versace; now he is currently the vice president of sneakers and men’s footwear.

Salehe Bembury got another breakthrough with his New Balance collab. In 2020, New Balance released the 2002R “Peace Be The Journey” designed by Salehe Bembury. The following year, a blue and green version called “Water Be The Guide” contrasted the orange-based colorway from the previous iteration. Both sneakers got a lot of hype as the 2002R model became a new fan favorite from New Balance. 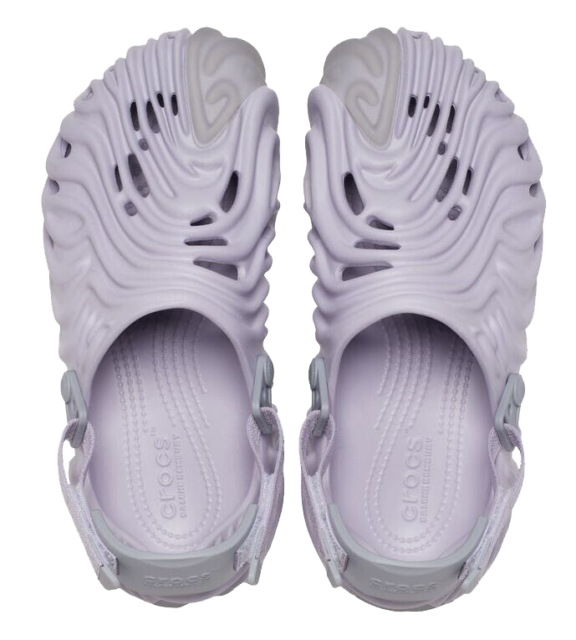 The success of his initial two New Balance collabs gave him a shot at reworking the 574. The Salehe Bembury x New Balance 574 YURT revamped the classic lifestyle shoe. This time, the YURT rendition featured a thick ribbed midsole, airy mesh base, and a literal plastic whistle on the heel panel. Multiple colorways of the YURT came out, each one selling out just as fast.

With his eccentric designs, teaming up with another prominent brand is clearly on the horizon; and so he did, collaborating with Crocs for a new model inspired by his signature motif; a fingerprint.

At first glance, many will say that the Crocs Pollex Clogs look straight out of the Yeezy Foam Runner. But the wavy fingerprint-like tones with breathable vents on the toe give it an identity of its own.

The wavy EVA panels extend to the outsole, where the fingerprint design appears most prominent.

Just announced recently, more Salehe Bembury Crocs Pollex Clogs are arriving in the future. A total of 6 new colorways are currently previewed. Expect Salehe Bembury’s name to be even more popular from this point on. While he works independently, expect more New Balance x Salehe Bembury collabs soon. His YURT mania saw a lot of hype, and New Balance clearly wants more from him.