What is the battery life like on the iPhone 5s?

The iPhone 5s has, on average, up to 10 hours of usage time. The iPhone 5s also has the capacity for up to 10.5 days of standby time when not in use. To get the most out of an iPhone 5s battery, turn off unnecessary app notifications and change display settings to use less power. It is also a good idea to keep the iPhone away from direct sunlight and heat as overheating can ruin the battery.

What improvements does the iPhone 5s camera have?

The iPhone 5s 8MP iSight camera features a variety of improvements from previous models, including a 15% larger sensor, bigger pixels, and a 5-element lens. The camera also boasts a slow-motion mode that has the ability to take 720p HD video at 100 frames per second.

Other notable features of iPhone 5s

The iPhone 5s' most notable upgrades are internal, although many of these internal upgrades directly affect external usage and interfacing. The Touch ID Fingerprint Sensor uses your fingerprint and not a PIN to unlock the phone. The same tech also makes it possible for you to purchase iTunes at the touch of your finger. This info isn't stored on Apple servers nor sent to iCloud. Instead, it resides in the phone's chip, restricting access to your fingerprint alone. The list of notable features goes on: 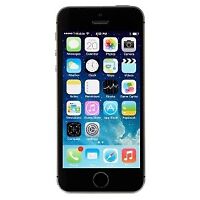