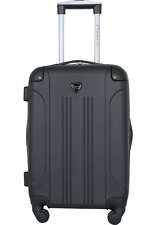 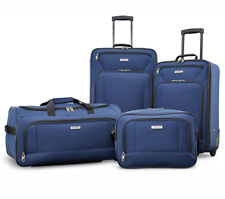 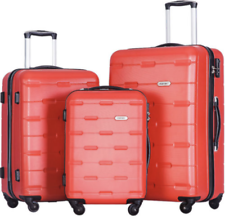 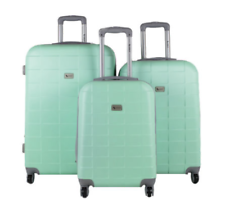 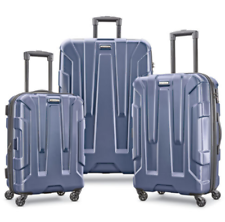 It's hard to imagine modern travel without luggage sets. While some might argue that an airline cannot lose luggage you don't have, the fact remains that luggage sets are an important part of any traveler's arsenal.

Benefits of Buying a Set

While some people just pick up suitcases here and there as their needs change, it's often a good idea to buy a full luggage set rather than a collection of pieces. For one thing, travel sets are easier to pick out because they all look the same. That family resemblance makes it a lot easier to find your luggage when you're standing by the airline carousel waiting for the last piece to finally show up. You'll also find that some sets are designed to fit together so that they're easy to move as a single unit. Just extend the handle, stack the set and you're ready to roll away.

One of the best ways to protect your valuables is with a set of hard shell luggage. It's stronger and more resistant than a soft luggage set, and it makes sure you don't try stuffing in that one extra thing. Most hinge in the middle like a clamshell, so you need lots of space to lay them out. Many even come with built in locks so that's one more thing you don't need to buy. Best of all, these travel sets can't accidentally rip and spill clothes everywhere.

Soft luggage sets are great for packing into tight spaces. They have some give to them so you don't have to worry as much about whether they will fit. Just stuff it in the trunk of your car, or into the overhead on that flight. You can also often find room for that one last piece of clothing that you really can't leave at home. They also tend not to pick up scuffs and scratches as easily because they have some give in them.

It's amazing to think of how long it took before someone figured out that you could put wheels on luggage. No longer do people have to lug their luggage through the airport and risk breaking their backs when they can just pull out the handle and roll it wherever they need to go. Wheels are great for hard surfaces, though they do get bogged down in grass or sand.