Be Jedi-ready with the best collectibles & more. 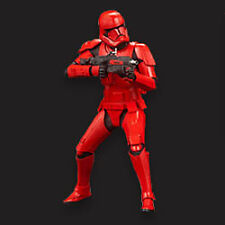 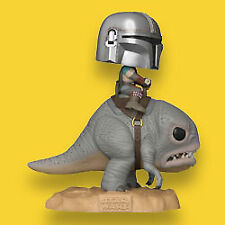 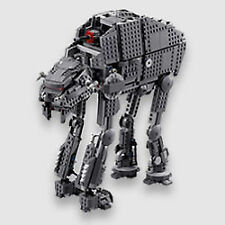 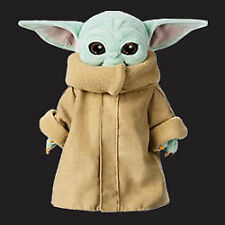 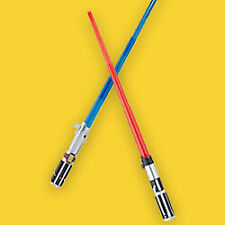 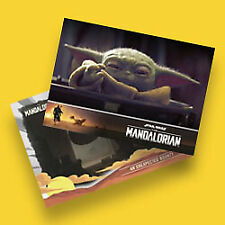 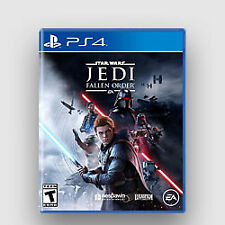 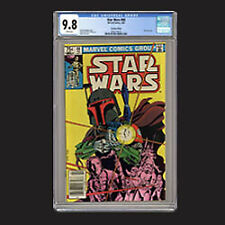 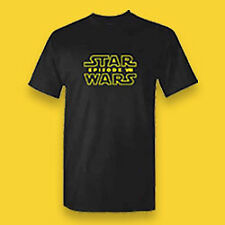 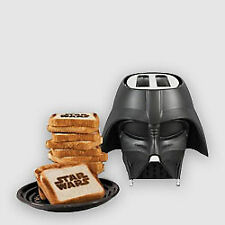 Be a Jedi-Level Collector 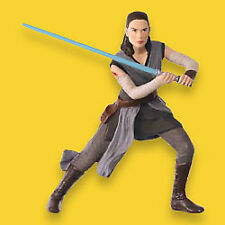 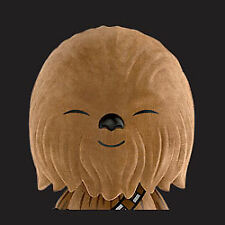 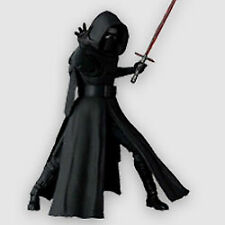 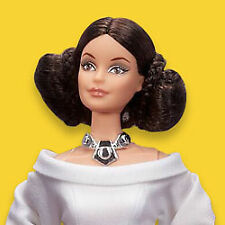 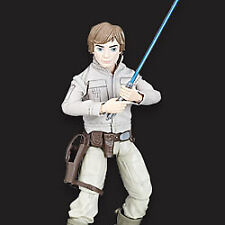 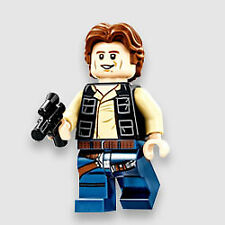 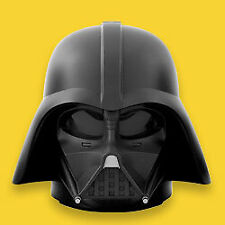 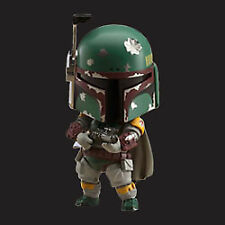 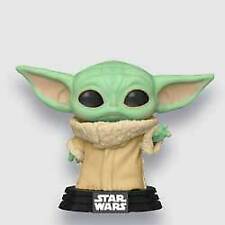 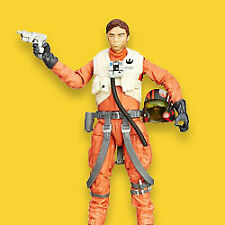 From a galaxy far, far away comes one of the most epic, captivating and memorable stories of all time: Star Wars®. Created by George Lucas and presented to the world in 1977, Star Wars has become one of the most beloved movie franchises and eBay has all you need to bring this galaxy to your home.

Viewers around the world fell in love with the original trilogy in the 70s and 80s. Then, in 1999 a whole new generation joined the journey to that galaxy far, far away with the prequel trilogy that focused on the origin story of the greatest villain of the universe: Darth Vader.

In 2015, The Force Awakens started the third trilogy of Star Wars movies taking the story beyond the originals and introducing new characters to a young generation of moviegoers who will experience the cultural phenomena of Star Wars and its characters.

You can carry a part of Star Wars with you through all the memorabilia, toys, collectibles, videogames, movies, animation, clothing, accessories, books and other merchandise here at eBay while you wait for the next chapter in this epic galactic tale.

Then, in the 1980, The Empire Strikes Back introduced new characters to the story and names such as Boba Fett, Lando Calrissian, and master Yoda. The story also presented iconic locations in this universe such as the ice planet of Hoth and the Dagobah system, home of hermit, Yoda.

The Return of the Jedi was released in 1983 as the final episode of what is known today as the original trilogy. This sixth part (but third release) of the story, presented the final battle against the Galactic Empire, and the epic face-off between Darth Vader and Luke Skywalker.

To commemorate this legendary trilogy, you can find all types of memorabilia on eBay, such as:

The Second Trilogy: From Anakin to Darth Vader

Star Wars: Episode I The Phantom Menace debuted in 1999 and brought together two different eras in the Star Wars fandom. New characters, new worlds, new adventures that, actually, were the prequel events to the original trilogy from the 70s and 80s.

Following Phantom, Episode II Attack of the Clones debuted in 2002 and Episode III Revenge of the Sith was release in 2005. These three movies developed the story of the Skywalker family. First, we meet young Anakin Skywalker as a slave, living with his mom. Then we travel to Tatooine to the heart-breaking sequence in which we learn that Queen Padme Amidala dies giving birth to Luke and Leia. Also, we witness Anakin embrace the Dark Side of the Force to become the dreaded Darth Vader.

Throughout the story, we meet new characters as well as old characters in younger stages of their lives. Jar Jar Binks and Master Qui-Gon Jinn appeared for the first time as well as one of the most respected villains in this saga: Darth Maul. During the trilogy, fans could see young versions of Boba Fett, Obi-Wan Kenobi, Emperor Palpatine and Master Yoda.

More droids, space ships, Stormtroopers, alien races and planets became part of the story and at eBay, you can relive this epic beginning with a wide variety of memorabilia:

Rey has finally found Luke Skywalker and she is ready to start her training as a Jedi. The eighth episode of the Star Wars franchise debuts on December 2017 and it will explore the relationship between Rey and Luke, as well as the fate of Kylo Ren after the events of 2015’s Star Wars: The Force Awakens.

Rogue One: A Star Wars Story

Rogue One: A Star Wars Story was the first stand-alone film, and covered new ground. During a chaotic period, a band of unlikely heroes leave their past aside to do the extraordinary: Steal the plans to the Death Star, the Empire’s ultimate weapon of destruction.

If they succeed, they would be remembered as the saviors of the galaxy. If they fail, death might be their destiny.

This 2015 film introduced a whole set of new characters and events and presented the big screen debut of characters such as Saw Gerrera, an Onderonian resistance fighter who, as a leading member of the Onderon rebels, fought against the Confederacy of Independent Systems on Onderon during the Clone Wars.

This title in the Star Wars canon can be related to three different productions. The first one, Clone Wars, also known as the Tartakovsky’s Clone Wars was released in 2003 and explores the conflict set in Attack of the Clones that directly leads to the events of Revenge of the Sith.

The Clone Wars were instigated by the Galactic Republic to stop thousands of planetary systems from leaving the Republic to form the Confederacy of Independent Systems, also known as the Separatists.

Star Wars: The Clone Wars is a 2008 animated film that takes place within the saga, also between Episode II: Attack of the Clones and Episode III: revenge of the Sith and follows Jedi Knights Anakin Skywalker and Obi-Wan Kenobi as they help the Jedi clan to stop a Separatist droid army and the attempts of the Sith to gain control of the galaxy.

Moreover, 2008 was also the year for the release of The Clone Wars, a 6-season series that works as a prequel to both Star Wars movies, Attack of the Clones and Revenge of the Sith. During this series, we become witness of the different adventures of the most famous Jedi knights such as Anakin Skywalker, Obi-Wan, Mace Windu as they dodge the evil plans of Count Dooku and Chancellor Palpatine.

In the Star Wars timeline, Rebels takes place 14 years after Star Wars: Episode III: Revenge of the Sith and five years before Star Wars Episode IV: A New Hope. The Galactic Empire is expanding and the few remaining Jedi Knights are being eliminated. The rumors of the Rebellion forces are growing.

If you are fan of the Star Wars Rebels, we have just what you are looking for and more:

Developed by EA DICE™ and released in October 2017, Star Wars Battlefront™ II lets you live out your Star Wars battle fantasies in a visually stunning Star Wars universe in your PlayStation 4, Xbox One, or PC.

Join the Rebellion and free the Galaxy or become the next great leader of the Empire in a in a variety of exciting, intense multiplayer modes. Battle on Hoth, Endor, or Tatooine or explore the new planet of Sullust. Battlefront will put you at the helm of the memorable X-Wings, TIE Fighters while you fire your blasters to survive the fiercest battles. You can play as one of the iconic Heroes and Villains of this saga, including Darth Vader and Boba Fett.

These ARE the droids you’re looking for!

Every hero has a journey and in every journey this hero has a group of faithful companions that will do everything in their power to support the hero and free the oppressed. In Star Wars, we learned that these companions come in all sorts of shapes, sizes and motivations.

C-3PO, sometimes spelled See-Threepio was a 3PO unit protocol droid designed to interact with organics (not only human) beings, programmed for etiquette and protocol. He was fluent in more than seven million languages and developed an overelaborated and pessimistic personality throughout his many decades of operation.

For the avid fan of C-3PO, eBay has a large selection of collectibles such as:

R2-D2, pronounced Artoo-Detoo and often referred to as Artoo, was a smart, courageous droid that had many masters over the years. Artoo took part of pivotal moments in this interplanetary history, helping his friends to save the galaxy time and time again. Find R2-D2 items on eBay, as:

You know BB-8, the round robot with the domed head. This guy has a white body, with orange and silver accents and a black optical lens on his head. BB-8 features various panels many different tools or ports. BB-8 was first introduced in Star Wars: The Force Awakens. A few of the collectibles found on eBay are:

K-2SO or Kay-Tuesso is a droid that was first introduced in the 2016 film, Rogue One: A Star Wars Story. In the movie, K-2SO is a KX-series security droid created, originally, for the Empire, however, it has been reprogrammed by the Rebel Alliance and used by Cassian Andor as his missions’ companion.

K-2SO is an effective undercover agent, as he can blend in perfectly at Imperial outposts and facilities. Get your own K-2SO items like:

Where should I start watching Star Wars: The original trilogy or the prequel trilogy?

This is a question that can lead to the fiercest debates among Star Wars fans and now, with Rogue One, things get even more complicated.

For traditional fans, a new Star Wars viewer should follow the release order of the movies, starting with 1977’s “A New Hope”. Then, move to the prequel trilogy that starts with 1999’s “The Phantom Menace” and finally, enjoy 2015’s “The Force Awakens” and 2016’s “Rogue One”.

Other fans argue that following Star Wars’ timeline and not the release dates is the best course of action to avoid confusion.

Additionally, you have the robust sub plots developed in both “Clone Wars” series and the 2008, animated movie “The Clone Wars” which are connected to the movies mentioned before, which makes understanding the timeline even messier.

Any way you choose, you are in for the most epic story in the galaxy. Enjoy!