Shop by Compatible With 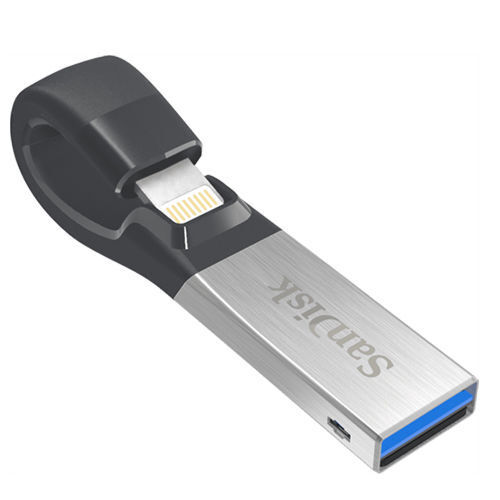 A flash drive is a small, portable storage drive that connects directly into your computer via a USB port. Because it is an electronic drive with no moving parts, it is durable and can be used on the go. Data on SanDisk USB flash drives can be written, erased, and rewritten to its GB of storage memory thousands of times.

How do you use a USB SanDisk flash drive?

What are some advantages of USB SanDisk flash drives?

A SanDisk USB flash drive features a form-factor design and also comes packaged with security software that will keep your files safe from prying eyes. SanDisk SecureAccess on their USB connected flash drives enables you to drag selected files to a special folder that will require you to provide a password. The files are protected with 128-bit AES encryption stored in the GB of RAM on the flash drive, and it uses a secure algorithm kept on the flash drive to safeguard your password. This also protects any files stored in the GB of the flash drives memory. Some thumb drive options from SanDisk include a USB SanDisk Ultra Fit, SanDisk Cruzer Blade, and SanDisk Extreme.

What are some of the uses of USB SanDisk flash drives?

In addition to safeguarding copies of your critical file data, the SanDisk USB flash drive can be used to do the following:

Content provided for informational purposes only. eBay is not affiliated with or endorsed by SanDisk.