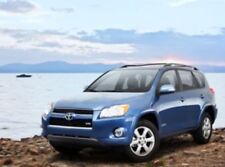 What's so special about Rolls-Royce cars?

Rolls-Royce cars have always been a popular choice among celebrities and other high flyers, simply because it is an epitome of class and luxury. The brand does not necessarily make these cars for high performance. The aim, instead, seems to be on the sheer comfort and luxurious feel that it provides to not just the driver, but also the passengers in the car. While the Rolls-Royce brand does not have as many varieties on offer as some other luxury automobile brands, it focuses on a few successful models and upgrades them on a continuous basis.

How did the Rolls-Royce journey begin?

Rolls-Royce began when an accomplished pilot and car dealer, Charles Rolls, met Henry Royce, an engineer who built an engine in 1903 and had three of his prototypes on the road by early 1904. The two were introduced at a lunch in Manchester on May 4, 1904. Later that year, the company's first car, the 10hp came available, and in 1907, their first big hit, the Silver Ghost, followed suit. Rolls passed away in 1910 in a piloting accident, but the company continued to grow under Royce's leadership and even acquired famous brand Bentley later down the line.

Since 1998, the Rolls-Royce brand is a wholly-owned subsidiary of BMW. While it shares the same name as the brand that started in 1904, the current Rolls-Royce cars are not directly related to its predecessors, since it was a new division within BMW. The historical division that worked on the Rolls-Royce/Bentley cars belongs to Volkswagen, who now only sells cars from the division under the Bentley name and brand after handing over rights to Rolls-Royce's brand, grille, and mascot to BMW.

What are some of the more recent Rolls-Royce models?