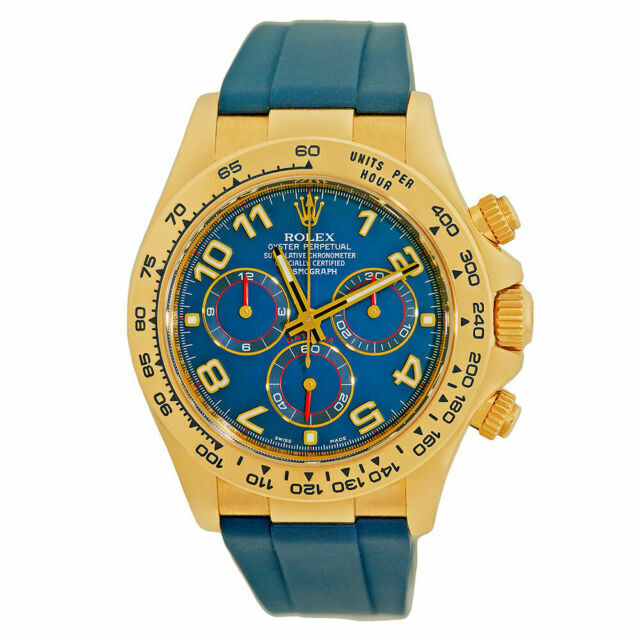 Introduction to the Rolex Cosmograph Daytona 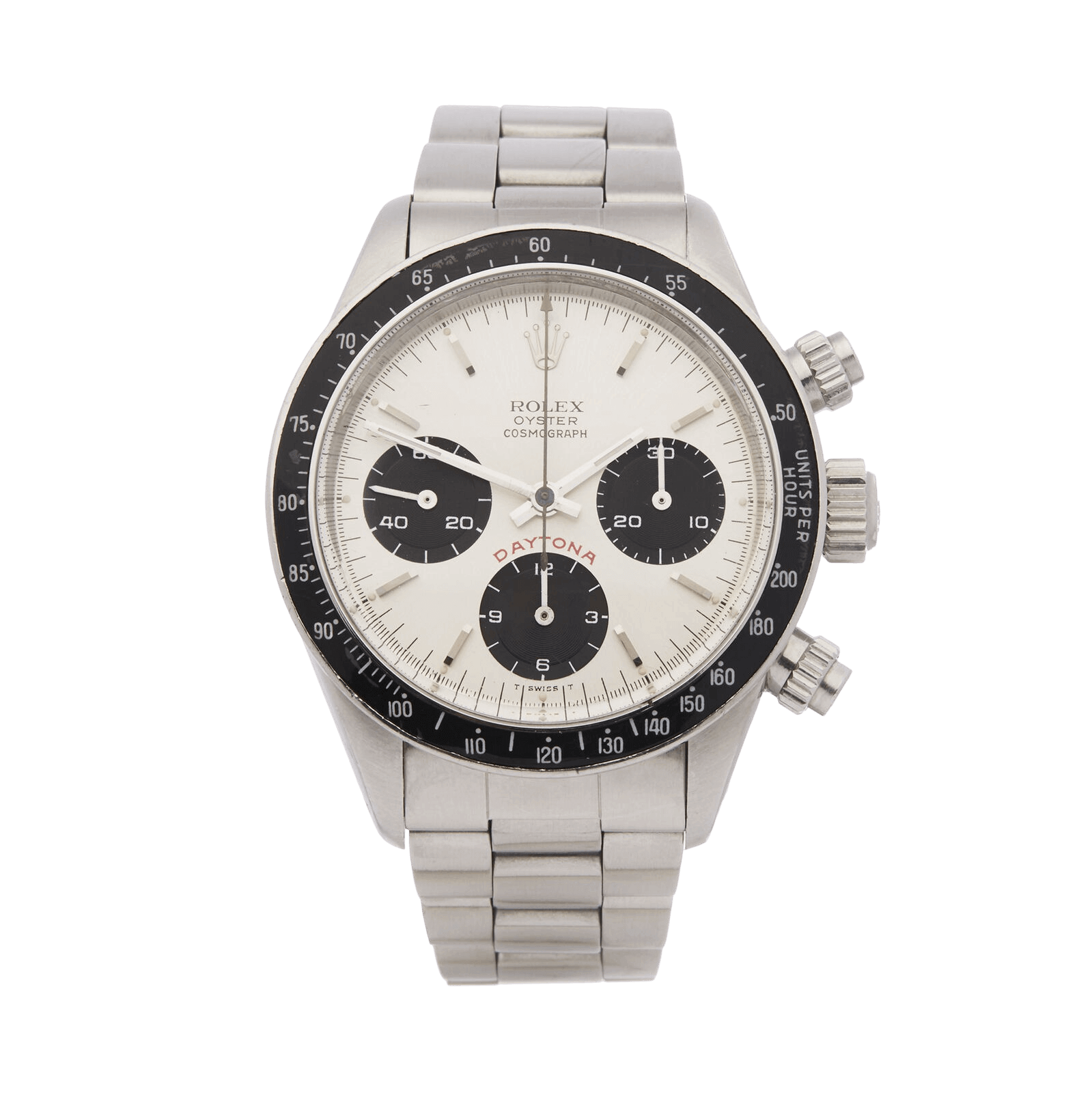 Characterized by two chronograph pushers on the case, a tachymeter scale on the bezel and three registers on the dial, the Rolex Cosmograph Daytona is the world’s most coveted chronograph watch. Whether vintage, retro or modern, nearly any used Rolex Daytona for sale in the secondary market is highly valued thanks to its booming demand.

A chronograph is a watch that features a stopwatch function. On a Rolex Daytona, the two chronograph pushers flanking the winding crown activate the chronograph hand at the center of the dial. The top pusher starts and stops the hand while the bottom pusher resets it back to zero. The Rolex Daytona also includes a tachymeter scale on the bezel (except for gem-set bezel versions) that allows wearers to track average speed or distance traveled of a moving object, such as a racecar. 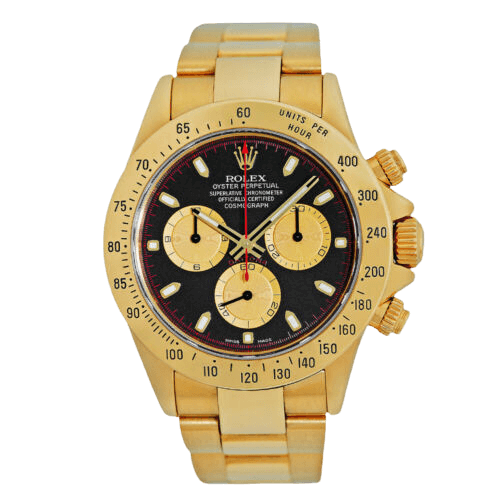 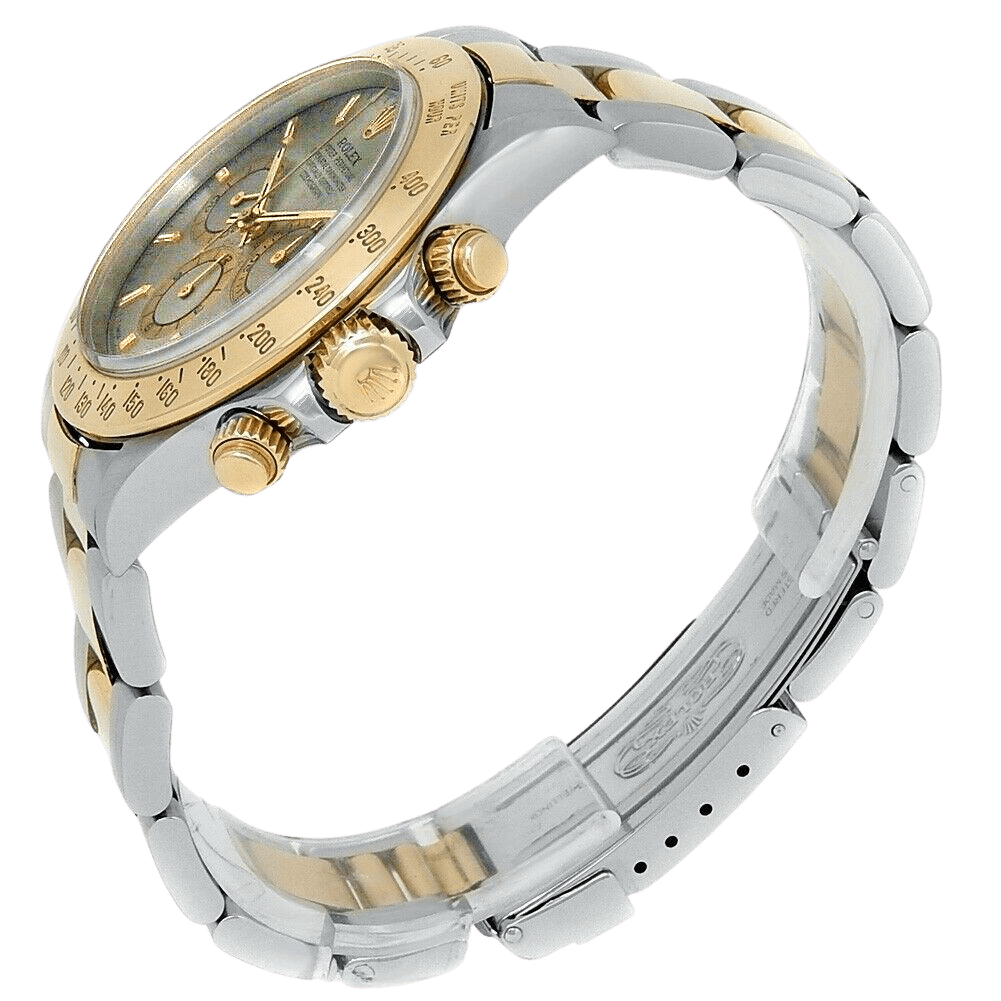 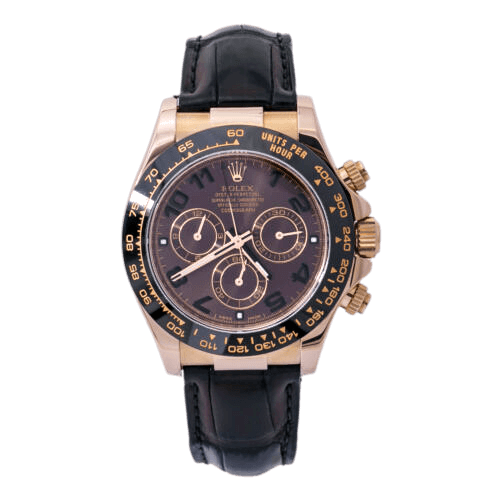 Rolex recommends that you service your Rolex watch at least every 10 years to ensure timekeeping accuracy and water-resistance. However, note that vintage Daytona watches are no longer considered water-resistant and should never be exposed to water. 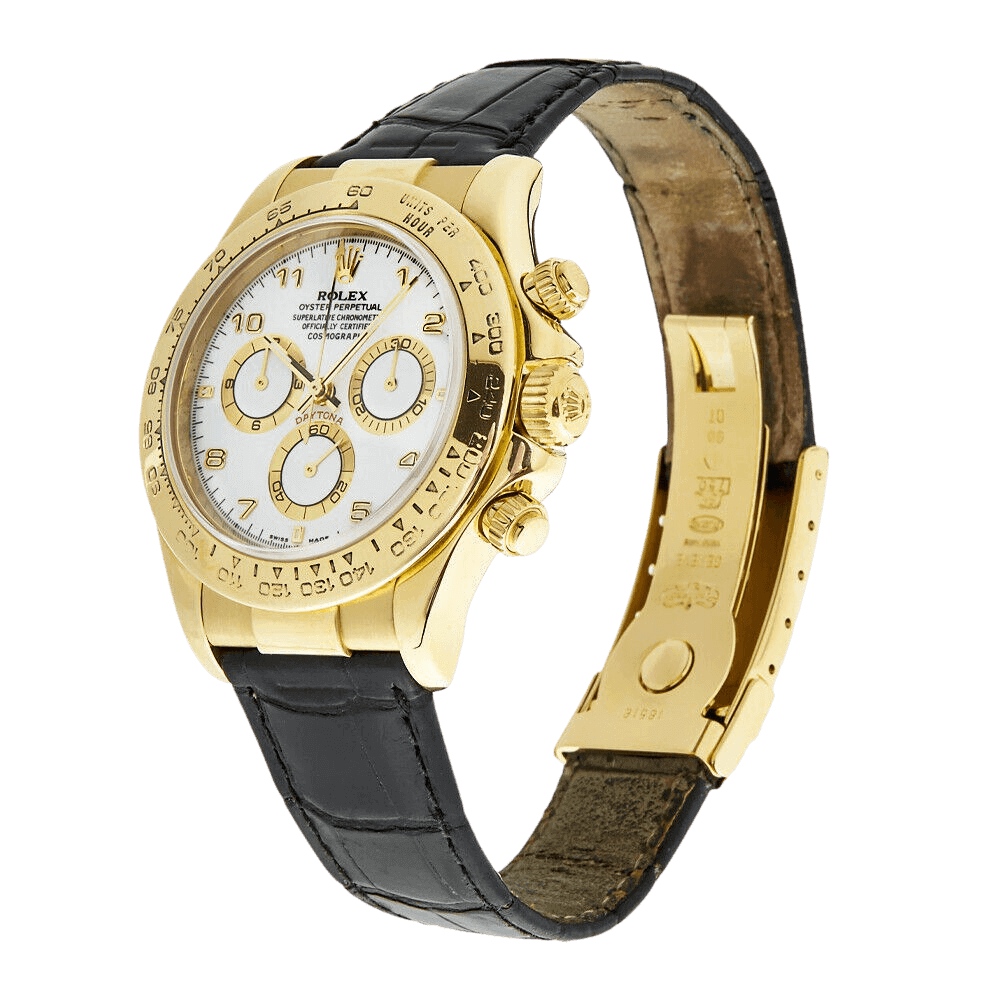 Average Ratings of all 2.74 average ratings