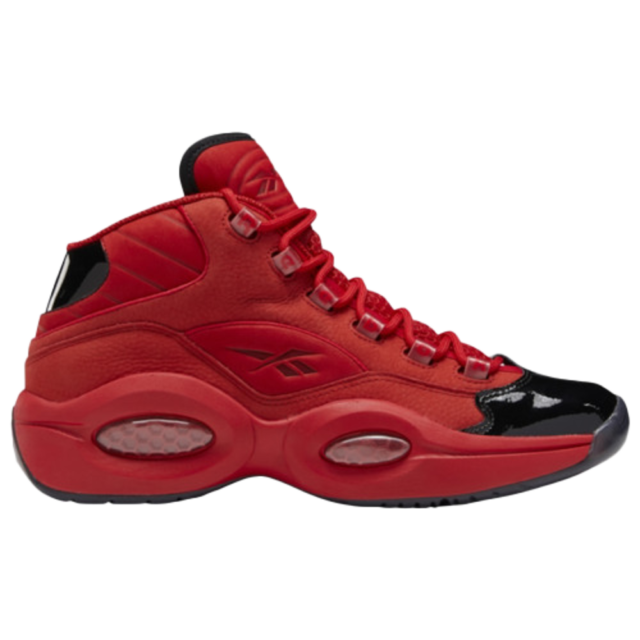 Family tradition runs deep in the story of Reebok's origin. Joseph William Foster started his athletic footwear business in 1895, and J.W. Foster eventually grew it into a family business under J.W. Foster and Sons. The tradition continued as Foster's grandsons, Joe and Jeff Foster, launched the Reebok brand in England in 1958.The J.W. Foster brand was known for its track spikes, creating some of the world's first — think Chariots of Fire and gold medals at the 1928 Paris Olympics — and Reebok kept the running history alive with its debut in 1958. It wasn't until 1979 that Reebok, its name derived from the grey rhebok antelope, took off internationally.

Cue the 1980s and Reebok's swift rise in athletic footwear. With classic leather models and shoes designed for running and training, the workout trends of the '80s were an ideal fit for the brand, particularly in the United States.One of the most significant cultural moments in the history of sports occurred in 1991 when NBA player Dee Brown bent down to inflate his Reebok Pump basketball shoes — using the mechanism in the tongue to add air to the shoe for a better fit — ahead of his NBA Slam Dunk contest-winning dunks. Although the Pump debuted in 1989, 1991 was its defining year, with Brown wearing the basketball version and young American tennis star Michael Chang sporting the tennis version.

The Reebok Pump catapulted the brand into the basketball space, with separate signature models created for Shaquille O'Neal and Allen Iverson in the 1990s.The Reebok ethos began shifting again and, in 2005, adidas bought the brand. Reebok soon morphed back into a fitness-first company, signing a partnership with CrossFit in 2010. The brand doubled down on the fitness space in the 2010s, and in 2021, adidas started actively shopping the sale of Reebok.

Under the ownership of adidas since 2005, Reebok has offered up a variety of collaborations on everything from its Club C shoe from the 1980s workout craze to The Question from Allen Iverson's first signature model. The Instapump Fury has also proven a popular canvas for collaborators. Some of the biggest names to try their design hand on Reebok models include Undefeated, JJJJound, Chanel, Vetements and Packer.

Reebok's key cultural moments aligned with sports and celebrities, from Cybill Shepherd wearing a pair of Freestyles at the Emmy Awards to the Dee Brown 1991 NBA Dunk Contest. Reebok partnered with Jay-Z in 2003 and, in more recent years, has brought in more fashion and music with agreements with supermodel Gigi Hadid in 2016 and singer Ariana Grande in 2017.