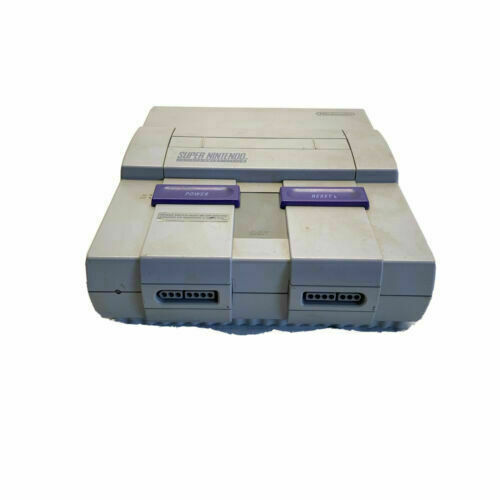 In 1992, the Super Nintendo took over the succession of the successful NES in PC games & video games, quickly securing many fans. The better graphics, more precise control with the new gamepad and numerous game classics make Nintendo SNES consoles a highlight for gamers. To date, the Japanese company has sold just under 50 million devices-largely thanks to top-notch games. As with any gaming console, Nintendo SNES Consoles carry the titles Mir Mario, Yoshi, and Zelda to create excitement. If you are into retro gaming and want to get to know some of the best games of all time, you will find one here.

What games are a must - have for Nintendo SNES consoles?

Shipped along with Nintendo SNES consoles is the celebrated Super Mario world where you master numerous levels with the plumber. In addition, the first part of the popular racing game series, Super Mario Kart, appears in 1993. Alone, together, or against each other, they fight for the best lap time while avoiding bananas and other obstacles. The Legend of Zelda series also gets an offshoot on Nintendo SNES consoles with a link to the past that continues to be considered a great game. Platformer and fighting game fans should also take a look at Donkey Kong Country and Street Fighter II.

What do you need to look for when accessorising Nintendo SNES consoles?

In order for you to spend many hours of fun with your Nintendo SNES consoles, you will also need the right video game accessories. When possible, give priority to a second controller-making most games even more fun with family or friends. Third-party manufacturers also offer varying control options, which come with other useful features. Last but not least, some games require certain accessories, such as a computer mouse. For this reason, it is advisable to check which controllers you need to connect to Nintendo SNES consoles before purchasing.