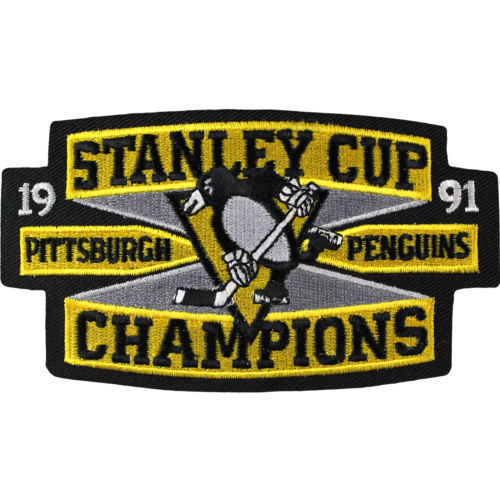 While there is some debate as to where the game of hockey was invented, it is known that the NHL played its first season in 1917. Although there were only five teams back then, enthusiasm for the game has existed since that first game was played. Fans can show off their passion for the game with jerseys, hats, and souvenir pucks.

Can items with the Penguins or Bruins logos be found?

Yes, there are several items that have the Pittsburgh Penguins, Boston Bruins, or Chicago Blackhawks logos on them. For instance, individuals can get a Patrick Kane jersey or bobblehead doll. Fans can also purchase Boston Bruins hats, jackets, or flags to wear to games or to put up in their office.

Penguins fans may enjoy a 2017 Stanley Cup champion souvenir puck as well as an Eastern Conference Championship commemorative puck from that same year. Foam pucks designed for knee hockey games are also available and are great for kids or those who are still young at heart.

Are there NHL jerseys without player names on them?

For fans who would rather show support for a hockey team as opposed to a player, there are jerseys without any name on the back. An example would be an Edmonton Oilers orange and blue jersey as well as a white New York Islanders jersey with a blank nameplate. Most NHL teams will have at least one type of jersey that features no names on them. In some cases, the jersey will feature a number without the name of that player on the front or back.

Is NHL fan gear available in a small size?

NHL gear is available in a variety of sizes to fit varying needs. While most merchandise comes in small, medium, or large, some items will also come in an extra-large size. It is also possible for items to come in sizes larger than that in certain cases. Although most apparel is mens adult size, there are also youth sizes and jerseys geared toward females as well. Hats generally come with one size that fits all heads, but some are made to adjusted for a better fit.

Are NHL backpacks or other gym apparel available?

The Minnesota Wild gym sack is green and features the NHL teams log on the front. There are also gym sacks available with other team logos, too, like the Penguins or San Jose Sharks. Other NHL branded sports apparel such as backpacks and duffel bags make it easier to stay organized while at school, at the gym, or on vacation.