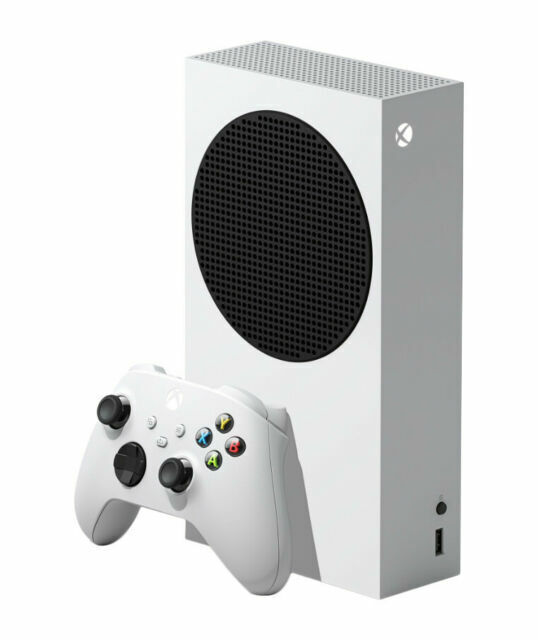 For those who want powerful gaming in a petite package, the Xbox Series S is an excellent option. Released in November of 2020, this fourth-generation Xbox console has several exciting features. You can use this console to play all sorts of thrilling and challenging games. With the power to support 4K resolution, the Xbox Series S provides stunning graphics and an enjoyable gaming experience.

When trying to do comparisons like Xbox Series X vs. Series S or PS5 vs. Xbox Series X and S, it is helpful to look at the console's specs. The specifications provide details on how each console works. For example, you can compare the Xbox Series S specs to the Xbox Series X specs to see which one has more processing power. Knowing the specs can also help you determine if a game you want to play will run on the Xbox S. Here are the specs you need to know for the Xbox S:

The controller for the Xbox Series S has a premium feel and is wireless. It has haptic feedback to improve gameplay, and is compatible with the Xbox Series X console and other devices.

When deciding between the new Xbox 2020 models, the first thing you need to know is that the Xbox S is smaller than the Xbox X. Overall, the console itself is slimmer and shorter. Inside, it has slightly less RAM and processing power. The Microsoft Series S costs a bit less than the Xbox Series X price since it is smaller overall. The reason the Xbox S is so much smaller is because it is an all-digital console. Unlike the Xbox X, it does not play physical editions of games. Instead, you can just download digital copies to play.

Despite these differences, there are still quite a few similarities between the consoles. They use the same style of controller and have access to the same sorts of games. Furthermore, they both offer 4K streaming and gaming output. With similar ray tracing, variable rate shading, and variable refresh rate on both the S and the X, your game will look about the same when run on either console.

Content provided for informational purposes only. eBay is not affiliated with or endorsed by Microsoft.

Average Ratings of all 5271 average ratings