Save on Film Cameras 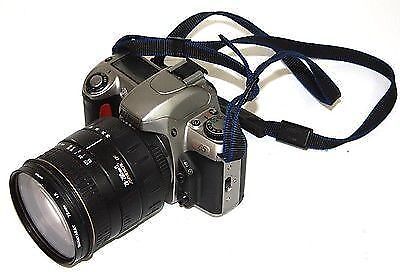 A camera can capture many memories, from birthday parties and holidays to everyday occurrences. With the use of film rising, you have the option to shoot with digital, instant, or traditional film. The key to shooting great shots is to find the right camera and lens for your skill level and learn how to use it.

What are the common features of film cameras?

Common features of cameras that take film will vary depending on the type of camera you use. High-end models, such as a Leica, include features that are sometimes only utilized with professional photographers. Some of the most common features you will find include:

What types of film are available for an analog camera?

There are many analog camera options and with these options comes a range of film sizes, shapes, and styles.

Can a vintage camera use new film?

Film has never gone completely out of style, and most manufacturers still produce a range of products that work for new devices as well as older models.