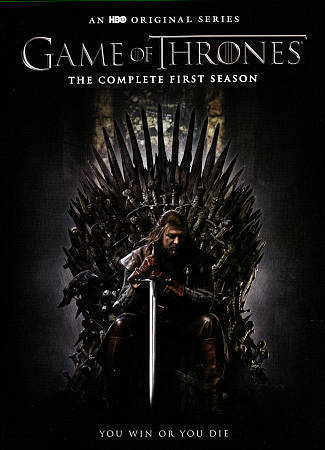 Adding DVDs to Your Collection

When you're cooped up inside your home for days or hours, watching DVDs can be one of the best ways to pass the time and escape or even discover more about yourself. Watching movies can be a way to delve deeper within yourself and connect to your emotions. Here is a brief guide to the kinds of movies and shows you can choose.

Before you purchase any DVDs to watch, you need to find out what kind of DVD player you have and what region it is programmed for. If you're in the United States and Canada, you should look for Region 1 DVDs. If you live in Europe, Japan, or the Middle East, select Region 2.

Another detail you'll need to be aware of is whether your DVD player is Region free or restricted to Region 1 or 2. Once you have made certain that your player is fine, you can go ahead and start selecting discs to watch.

Movie ratings are something else you'll need to consider before you start picking out films to watch. This is especially important if you have children at home. Do movie ratings matter? Yes. If you're a parent, movie ratings can help determine what is suitable for your children to watch. Here are the rating guidelines:

The genre of movies and TV shows will depend on your preferences. eBay has a large selection to choose from. Here are some to consider:

What is a collector's edition DVD?

A collector's edition DVD is often released months or years after the initial version, which is the one that is shown in theaters or on television. It may also be referred to as a special edition. Either way, it may include several components not featured on the initial version such as:

Will all DVDs work on a standard DVD player?

It is important to look at the region code on a DVD as it will only play in players designed for that region. For example, a US player may only play Region 1 DVDs, while an Australian player may only play Region 4 DVDs. PAL is another notation that might be on a disc, which is typically used in the UK and Australia. There are multiregional players and discs available, which will play movies or videos from multiple regions. The region will be identified on the back of the case so that you can confirm the type of player it is compatible with.

What is the difference between widescreen and full screen?

There are two types of video formats offered as a result of HDTV screen technology. The aspect ratio is what varies between widescreen and full screen formats.

What is a boxed set?

A boxed set is used to provide all of the DVDs for a particular movie or TV series. For example, if a movie had a part one, part two, and part three, they would be sold individually as well as in a boxed set that features all three movies in one box. There may be other items also included in a boxed set, especially if it is an anniversary or collector's edition, such as: