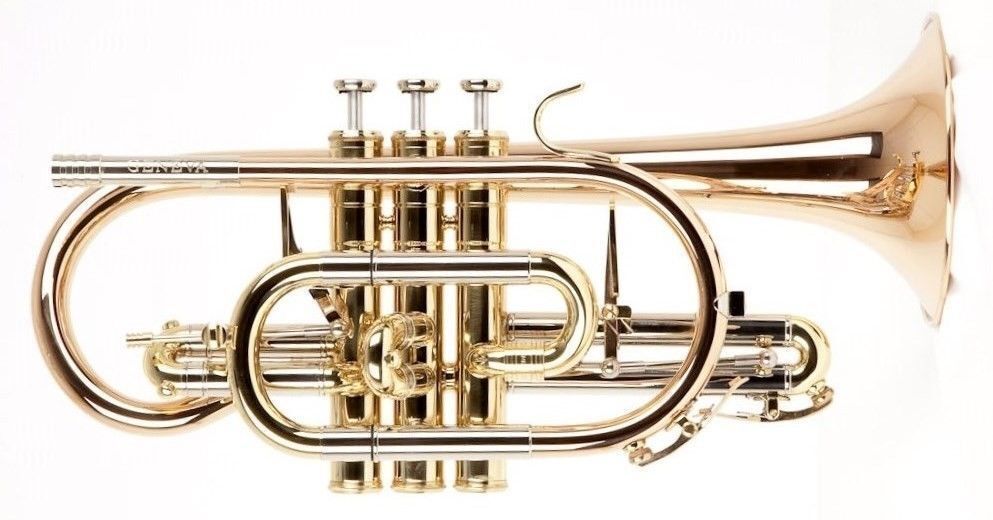 The Cornet: Fascinating Facts About the Brass Band Instrument

A cornet is what is known as an aerophone, which means it makes music through the vibration of air. Because the quality of the sound is also influenced by the players lips, its also called a labrosone. The cornet is found in the brass section of the orchestra along with instruments such as the trombone, trumpet, and tuba.

Various types of cornets are available

There are several different kinds of cornets, and you can find them all on eBay. The instrument is usually shaped like a trumpet, but its shorter and a bit wider. Also, its bore, or inside chamber, is more cone-shaped. This gives it a mellow tone. The cornet can also come in other shapes; for instance, there are circular cornets. The Bb cornet is probably the most popular version of the instrument. This means that the instrument is made in the key of B flat although the player can adjust the key as the horn is played. There is another instrument called the cornett, but it is not related to the modern cornet. The cornett is a wooden instrument that resembles a flute with finger holes and a cup-shaped mouthpiece. It was popular in the 16th and 17th centuries. Other types of modern cornets include the following:

The cornet has a long, storied history

The cornet is descended from the post horn. The post horn is a valveless horn that signals the arrival or departure of a dignitary. They are still used to herald the arrival of the queen in the United Kingdom. The cornet differs from the post horn in that it has valves, like the trumpet. It was first used in military bands in the 19th century, and later, it was used in orchestral music composed by Berlioz and Rossini. It is famously used in jazz bands. Louis Armstrong began his career by playing the cornet before he took up the trumpet. He probably chose the instrument because he was a child at the time, and the cornet is easier for a child to play and hold than a trumpet. This is especially true if the player is in a marching band.

Is the Bb cornet really made of brass?

A traditional Bb cornet is usually made of brass, which is an alloy of copper and zinc that is polished to a high shine and then lacquered. The metal is not only aesthetically pleasing, but it also repels bacteria, mold, and mildew. Making a Bb cornet or any other brass instrument requires great skill and a fair amount of artistry. By the way, brass instruments get their name not from the metal but from their bright, bold, focused sound. Some are made of wood, plastic, or Bakelite.

Who are some famous cornet players?

Besides Louis Armstrong, famous cornet players include the following: