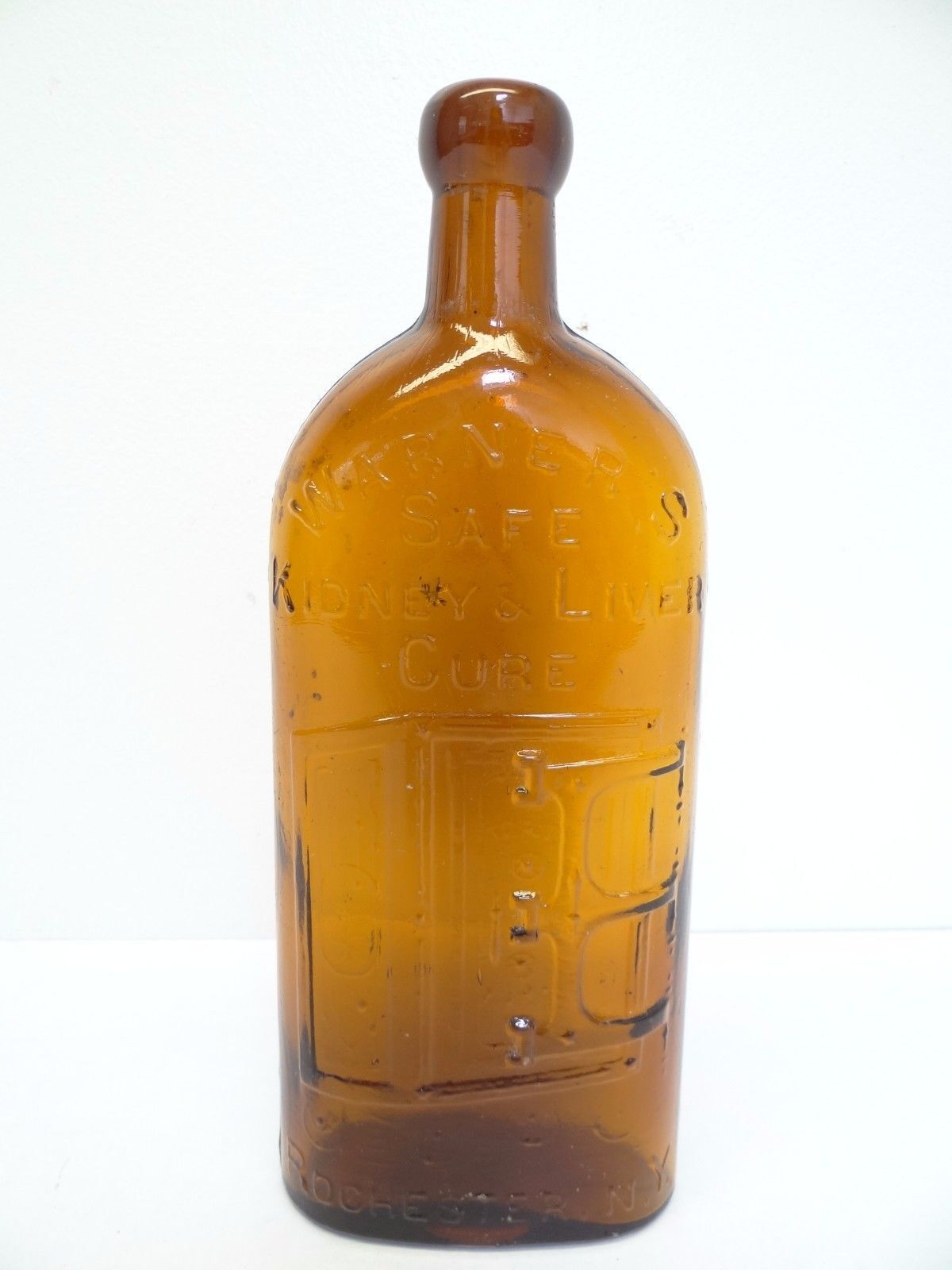 A number of different types of bottles were manufactured before 1900, including those made for food, drinks, and household items. Most of these antique bottles were made by pouring melted glass into a mold, but a few were made by glassblowers. In some cases, companies had their own containers made; however, many companies used generic ones, making it difficult for today’s collectors to know the exact purpose of many early glass bottles.

What were some common types of antique bottles for drinks?

One of the most common types of glass bottles made for drinks was the Hutchinson bottle, which had a top that would pop off when pushed, making a popping sound and giving the world the term "soda pop." Whiskey decanters are a favorite of many collectors because figural whiskey ones shaped like Indians, pigs, cabins, barrels, and cigars are typically in demand, and rare fiddle-shaped vessels often command a premium. Black glass beer bottles that featured well-known brands and promotional messages, made around 1860, are of particular interest to collectors, as are nearly any green glass porter, ale, or lager beer bottles. Thatchers Common Sense Milk Jar became the industry standard after being introduced by Doctor Thatcher in 1864. Some enthusiasts focus on collecting milk jars bearing the names of local companies.

What were common types of antique bottles for food?

Many types of food came in clear glass vessels. Bottle collectors put a premium on square and hexagonal antique bottles for food because of the ornate panels near the top and the wide mouths, which made them useful for repurposing. Rare sauce glass bottles made to look like beehives are also collectible, as are ones with horizontal, vertical, or spiral lines. Clear antique bottles for ketchup, with double or triple-ring necks, are collectible, especially if they were made by Allen and Lewis. Antique bottles for mustard that were shaped like a barrel are highly prized. The same style container was used to sell snuff.

What household items came in these old bottles?

A variety of items were put in bottles that are now antiques. Inkwells often contained a pontil scar from the manufacturer, with those containing a pontil scar from Owens-Illinois Glass Company being very collectible. Yellow and purple vessels also command a premium. Poisons typically came in cobalt blue, inky black, or dark green vessels with embossed lettering saying "poison" or "death" accompanied by a skull and crossbones, introduced in 1874. Special lightbulb-shaped fire grenades with their own special brackets were used to put out fires before the invention of modern fire extinguishers. Also a favorite of many enthusiasts are circular target balls that were the precursor of clay pigeons.

How do you start a bottle collection?

If you want to start your own collection, then concentrate on collecting examples with some of the following traits: