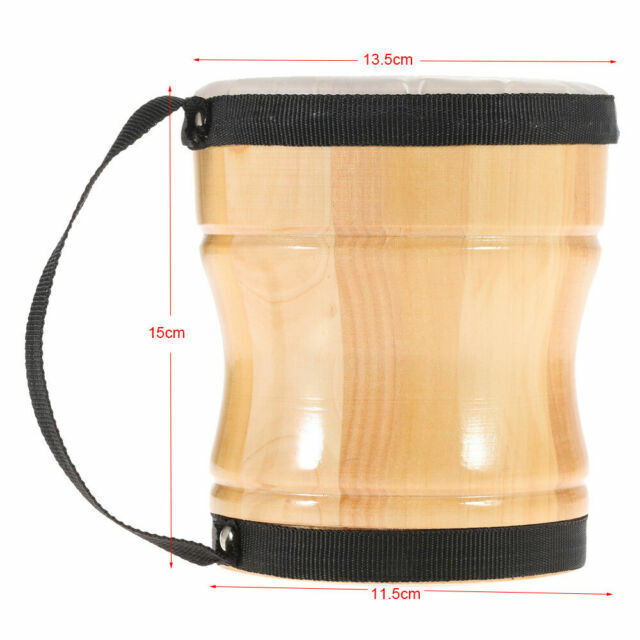 Get Your Beat On With the Bongo Drums

Bongo drums are percussion instruments that consist of two small, open-bottomed drums that are attached to each other. Their Afro-Cuban history dates back to the late 19th century, which is an era that heavily influenced Latin-American music. The two drums, commonly known as the hembra and the macho in Spanish, often accompany conga drums in Cuban bands.

The many ways that bongos can be played

Bongo drums are similar to conga drums, but they have a higher pitch. They are often played by hand and usually held in the back of the knees with the big drum placed on the right of right-handed players. Used in Latin American music with a pattern of eighth-notes called the "hammer," they work when fingers and hands, but never knuckles, strike the edge of the drum heads. In formal settings, players sometimes use drumsticks and place the drums on a stand. Vintage and used bongos can be easily found on eBay.

Bongos can be made a few different ways

The drums are usually made of wood, but plastic and ceramic are sometimes used. The heads may be synthetic or constructed of animal skins. Parts include the skin, shell, lugs, bearing edge, center block or bridge, and turning ring. Bongos have an open bottom that resembles other drums with African origins. Heads vary but usually measure between 6 and 7 inches for the smaller one and 7 to 8 1/2 inches for the larger one. Drums made for children run between 5 and 6 inches. In some parts of the world, makers use X-ray film, a less expensive option, for heads. Shoppers can find a wide selection of new and used parts on eBay.

What is the history of bongo music?

The history of bongo-music drumming goes back to the Cuban styles of music known as Chanqui and Son. The rhythms originated in the Oriental province of eastern Cuba in the late 1800s. The drums may have come from an Abuka Drum trio called "Bonko" and the lead drum Bonko Enmiwewos. Bongo music can be found on affordable vintage LPs, cassettes, and CDs on eBay. One of the most famous bongo players was Desi Arnaz, a beloved Cuban actor married to Lucille Ball and known for his role in the "I Love Lucy" show. The following bongo players, or bongoceros, also left their mark on the music world:

What accessories are available for bongo drums?

A variety of accessories are available to repair, maintain, or enhance the performance of bongos. You can find drumsticks, gig bags, stands, mount brackets, stools, and replacement heads. Although a selection of hides and synthetics are available for replacing heads, longtime players often favor buffalo hide. On the other hand, while skin has an authentic feel, synthetic options produce crisp, consistent sounds and last for years. Padded bags offer excellent protection, and shoulder straps make them easy to carry. When it comes to stands, sturdy-but-lightweight metal options that fold easily work well. The accessories you choose depend on your personal preference.