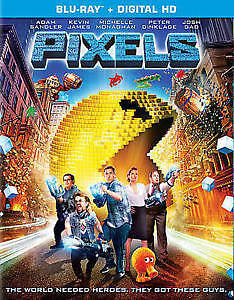 Whether as part of a Halloween tradition, date night, or just a quiet night in, horror movies have a coveted place in a movie fans heart. With horror DVD and Blu-ray discs, you can enjoy classics like Nightmare on Elm Street and Friday the 13th whenever you like. The genre includes everything from the creepy and startling to the horror parody.

What is the difference between Blu-ray and a DVD?

Blu-ray discs are rendered in a format referred to as high-definition, or HD. This means that the quality of the horror video, movie, or show on the disc is slightly enhanced. Sound and visuals appear generally clearer and are more well defined. The discs often have a higher storage capacity, allowing more information to be stored, and thereby allowing a clearer sound or image to be transmitted through the Blu-ray player and HD TV.

What horror titles can you get on Blu-ray and DVD?

There are several different horror titles you can find when you want to give yourself the creeps. Youll be able to find horror classics, like Stephen Kings It, as well as remakes of those classics. You can find box sets containing multiple movies from the same series, such as Halloween: The Complete Collection or the complete Saw collection. You can additionally find full seasons of horror TV series, such as Stranger Things, American Horror Story, and The Walking Dead.

Are there Blu-ray discs for movies with older release dates?

Many older shows, videos, and movies have been converted to high definition Blu-ray discs. These discs appear to be more realistic and clearer than previous technology allowed. While movies with older release dates can and have been converted to HD, they will retain their original content and story line. The viewing and sound quality will be slightly improved, however, and new features and extras may be included to enhance the user experience.

What comes with a horror Blu-ray DVD combo set?

On occasion, horror movies and disk sets will come packaged with more than one disc in the set. A Blu-ray DVD combo set generally comes with two: one Blu-ray disc and one regular DVD. This serves the purpose of being able to have both a high-definition disc to use in a Blu-ray or other compatible player, and a regular DVD to be used when a Blu-ray player is not readily available.