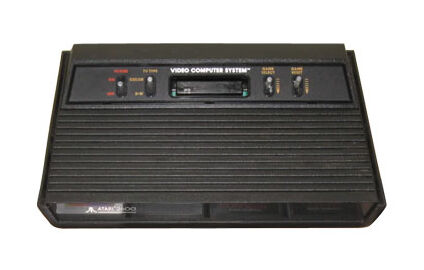 Retro gaming is a phenomenon that is spreading throughout the video game industry and amongst passionate gamers. In an age when splendour graphics often exude good gameplay, quite a few players crave back to carefree childhood when gambling was not yet a science. A typical representative of the retro consoles and its lovable and nifty games is the Atari 2600 console from the homonymous home. It was developed in the process by the companies Magnavox and Fairchild.

The console was introduced and distributed in Europe in early 1980. Starting with the release of the successor models Atari VCs 2600 and the Arari VCs 26000 junior, she entered her triumphal march into the home living rooms. Although sales were sluggish in the beginning and technical equipment lagged slightly behind the zeitgeist, it was primarily the games now known to every player as classics. By acquiring the license for Space Invaders or Pacman, the console eventually became a popular staple during the 1980 Christmas business. Later, pioneering concepts such as the summer and winter games series or adaptations such as Q * bert or products such as Star Wars followed, otherwise the worlds first starwars video game. In addition to the manageable technology, the console scored points above all through the use of its diverse controls. In addition to the classic joystick, trackballs, keypads, paddles, light guns or driving controllers could also be purchased.

Where can I still purchase the console today?

Thanks to the robust quality of the console, there are numerous retro console listings on eBay in its various designs. The corresponding cartrigdes can also be found there alongside computer and video games without any problems. Many listings also include bundles, so sets from the console, different controllers and joysticks, and games. Special items such as the light gun can be found in the video game accessories section.