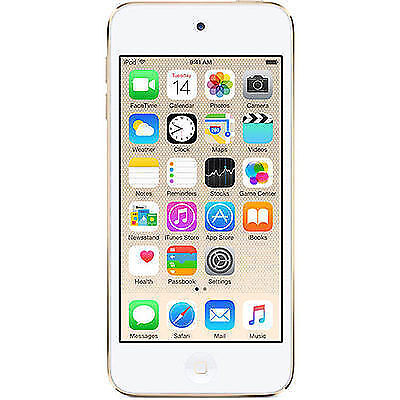 All About Apple iPods

Apple released the first iPod in 2001; it was released and marketed as a portable multimedia device. The original iPod version has undergone several metamorphoses and been released in different variations. Find new, preowned, and used iPods on eBay, and enjoy movies, music, and internet access through your own portable device.

What are some different models of iPods?

After Apple released the first generation of the iPod Classic, the 2nd generation followed a year later in 2002. This line of products did not have fully integrated colored touch screens until the 4th generation of the Classic was released in October 2004. In general, iPods did not undergo any drastic changes until January 2004 when the first iPod Mini was released. The available models from Apple include:

What computers are iPods compatible with?

These pocket devices are compatible with both Apple and PC computers. However, they wont work with certain platforms. For optimal performance, an iPod needs to receive media items from iTunes. iTunes as a computer program works on PCs running with Windows 2000, Windows XP, or later. Later-model iPods can do much of their work directly through the cloud.

When you connect your iPod to a computer for the first time, that computer then becomes the devices "home" computer. When the iPod is connected and iTunes is open, it will automatically synchronize the data from your iTunes library. It is important to note that if you do not want to manually manage your data, you can still link the iPod to multiple computers, but it will erase the existing content every time you synchronize it with a new iTunes library.

Can music be updated from more than one computer?

If you want to connect your iPod to multiple computers, that is possible as well. Once you connect it, a window will pop up on the computer explaining that the iPod is linked to a different iTunes library. It will also ask if you wish to erase the content on the device in order to sync the new library. Select "no." You then want to navigate to your iPod within the iTunes window and select "Manually Manage Music." Once you do this, you will then have to individually select, drag, and drop different media types into your iPod.

How do you interact with different models of iPod?

The on/off and volume buttons are essentially the same for each version of iPod. The remaining controls are in one of two formats. Older iPod models dont have a touch screen. They run by using a click wheel, which looks like a ring-shaped raised area with a central button. Place your finger on the ring and move it clockwise or counter-clockwise to scroll. Then, push the middle button to indicate your choice. Newer touch screen models have the central choice button without the click wheel ring.

AsGraduation approaches, shop for gift cards, personalized commemorations, iPods, and more to celebrate all that the students in your life have accomplished.