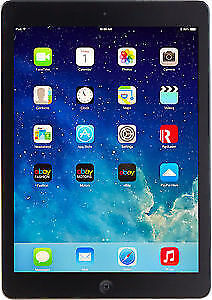 The Apple iPad has had a number of iterations over its life, and the 1st Generation models were initially released in 2010, available in black and silver. These tablets feature Wi-Fi connectivity, touch-screen controls, and rechargeable internal batteries. Some versions can even take advantage of wireless data networks for greater connectivity.

What are the storage and carrier options for this tablet?

The 1st Generation Apple iPad model is available in 16-gigabyte, 32-gigabyte, and 64-gigabyte models. There are versions of the unit built to work with either the AT&T or Verizon networks, and some come unlocked so that they can be used on any network. Some versions of the iPad 1 device only feature Wi-Fi connectivity, but the full cellular devices feature both Wi-Fi and 3G connectivity.

How do you reset an original used Apple iPad?

To prep for resetting your iPad to the original factory settings, make sure you have a computer with the most recent version of iTunes. If the iPad has the Find My iPhone feature activated, make sure to deactivate the feature before starting the reset process. When ready, connect the iPad to your computer via USB and follow these steps:

How long will the battery last on a single charge?

What apps come pre-installed with this Apple product?

This product comes with many of the most commonly used Apple apps, including Safari, Mail, Photos, Videos, Calendar, Contacts, Maps, Notes, Music, App Store, Game Center, and Settings. It also comes with the YouTube app preinstalled. If you upgrade to the most recent Apple iOS, youll also get iBooks and Universal Access Features.

What accessories are available for this product?

There are several accessories that can be used to expand the utility of this Apple unit. There are detachable keyboards that give you the ability to enter text much easier. You can select from many different protective cases that include varying levels of padding, screen protection, and durability. The product has a 3.5-millimeter audio jack so that you can use your favorite headphones. Anti-glare screen covers help you take advantage of the unit in bright light conditions. Youll even be able to find external battery packs so that you can recharge the tablet on the go. 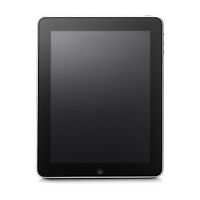 Average Ratings of all 4.53414 average ratings