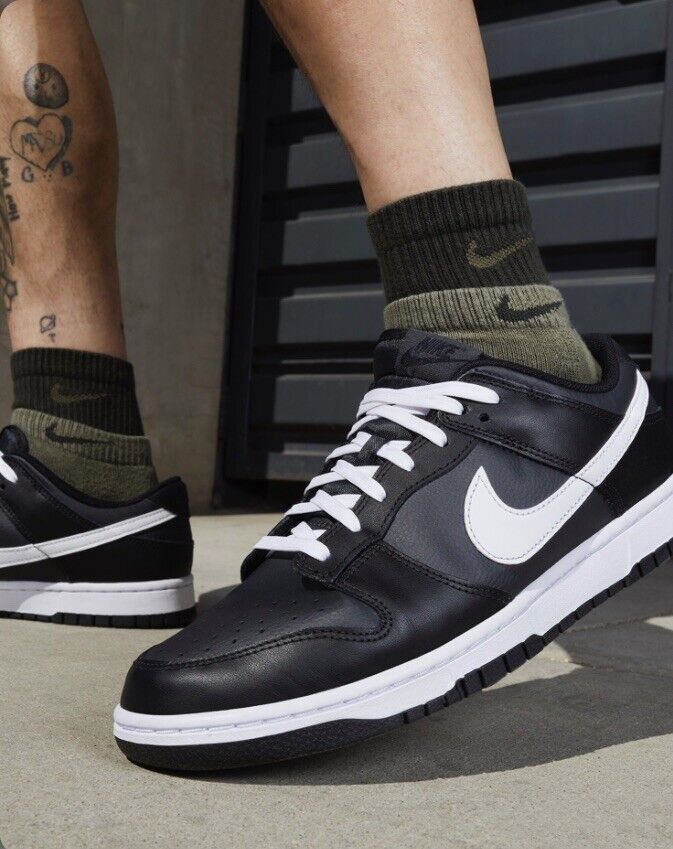 Simplicity is the name of the game when it comes to this Nike Dunk Low.

Nike capitalizes on two basic colors by bringing new styles and color blocking to the Nike Dunk. While the Nike Dunk Low Panda remains very popular and sells out every time even after multiple restocks; this new black and white edition stays away from the two-tone approach and goes for a black dominant upper. The Nike Dunk Low Black and White with Style Code: DJ6188-002 landed in early 2022. This makeover actually follows the white Swoosh and white laces just like the Dark Marina Blue and Vivid Green colorways; both of which also released in 2022.

With a popular color combination like this, the shoe will definitely grab more attention - just like every other Nike Dunk Low.

One of the first things to note in this version is the leather quality used. Most regular Nike Dunk Lows, Panda included, use a standard leather base. The smooth leather has a polyurethane coating that adds to the durability and overall thickness of the leather; making it feel unnatural. The leather on this Black and White Dunk Low has portions of that leather; but only on the overlays such as the toe, eyestay, and rear.

The base incorporates that pebbled leather upper and feels extremely soft. This makes up for a higher quality shoe that was stripped off many Nike Dunks.

Going to the details of this sneaker, the Nike Dunk Low Black White arrives in an all-black leather upper construction. The white Swoosh and white laces bring contrast to this simple Nike Dunk makeover. A white rubber cupsole and rubber outsole finish the lower bottom of the sneaker.

It released last May 2022 on the Nike website and in select retailers throughout the world. As expected the shoe quickly sold out and some pairs made their way to the resell market when the pairs got shipped out.

Why is the Nike Dunk still popular?

After becoming a trend in late 2019, the hype for the Nike Dunk never went down since then. So why did the Nike Dunk return to its former glory and seemingly not going to be out of the spotlight anytime soon? It’s because compared to other similar-looking sneakers like the Air Jordan 1, the Nike Dunk is way more affordable.

Low versions are more popular than the Dunk Highs; unless it’s a Nike SB Dunk because SB Dunks are always popular no matter the cut.

Various Nike Dunk collabs with popular celebrities and mainstream brands keep the hype to a maximum.

Even when a colorway like the Panda go through multiple restocks on SNKRS, the demand remains high because many people still miss out on the launch. There have been over 10 Panda restocks in the past two to three years; getting a lot of sneakerheads thrilled to wake up early and try to cop a pair.

What to expect with Nike Dunks in 2022 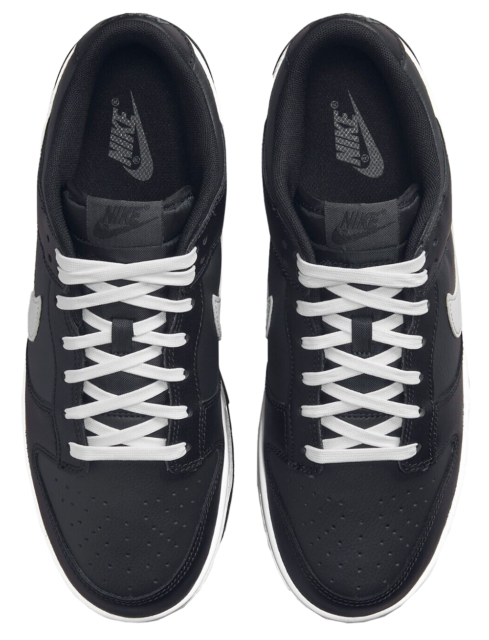 The only thing to expect for the year is that more Nike Dunks will come out; both old and new colorways. With a demand going as high as double the retail price, Nike will surely capitalize on this trend.

Lows are the most popular version, so the demand for them will still be high. All genders, sneakerheads, resellers, and even ordinary Nike fans will be trying once release dates are announced.

Reselling Nike Dunk Lows will still thrive just like before. This Black White Nike Dunk will do just the same.