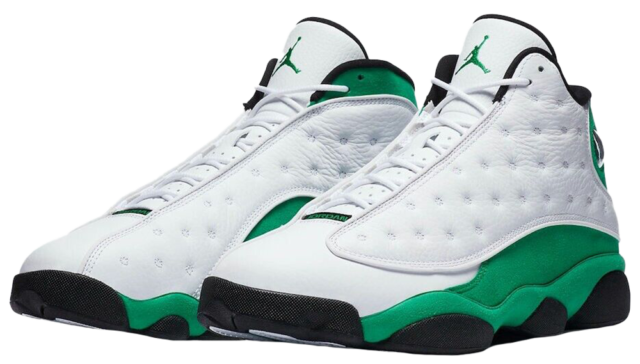 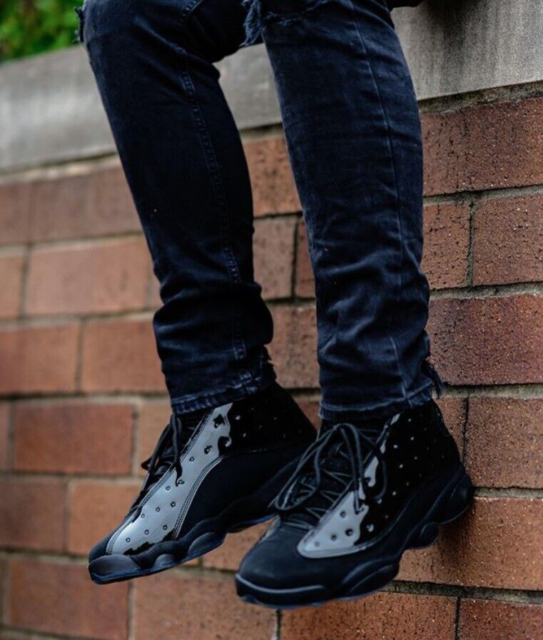 Everything you ever wanted to know about the Air Jordan 13.

Some Air Jordans resemble a fighter jet, a Ferrari, and even the Japanese Rising Sun flag. That's what makes these Air Jordans memorable and stylish. But the thing is, they aren't just "flex" shoes - they're actually performance beasts when worn on the basketball court.

Another classic basketball shoe that belongs in the Sneaker Hall of fame - take a look at the iconic colorways that made the Air Jordan 13 turn into a go-to shoe for sneakerheads and ballers. 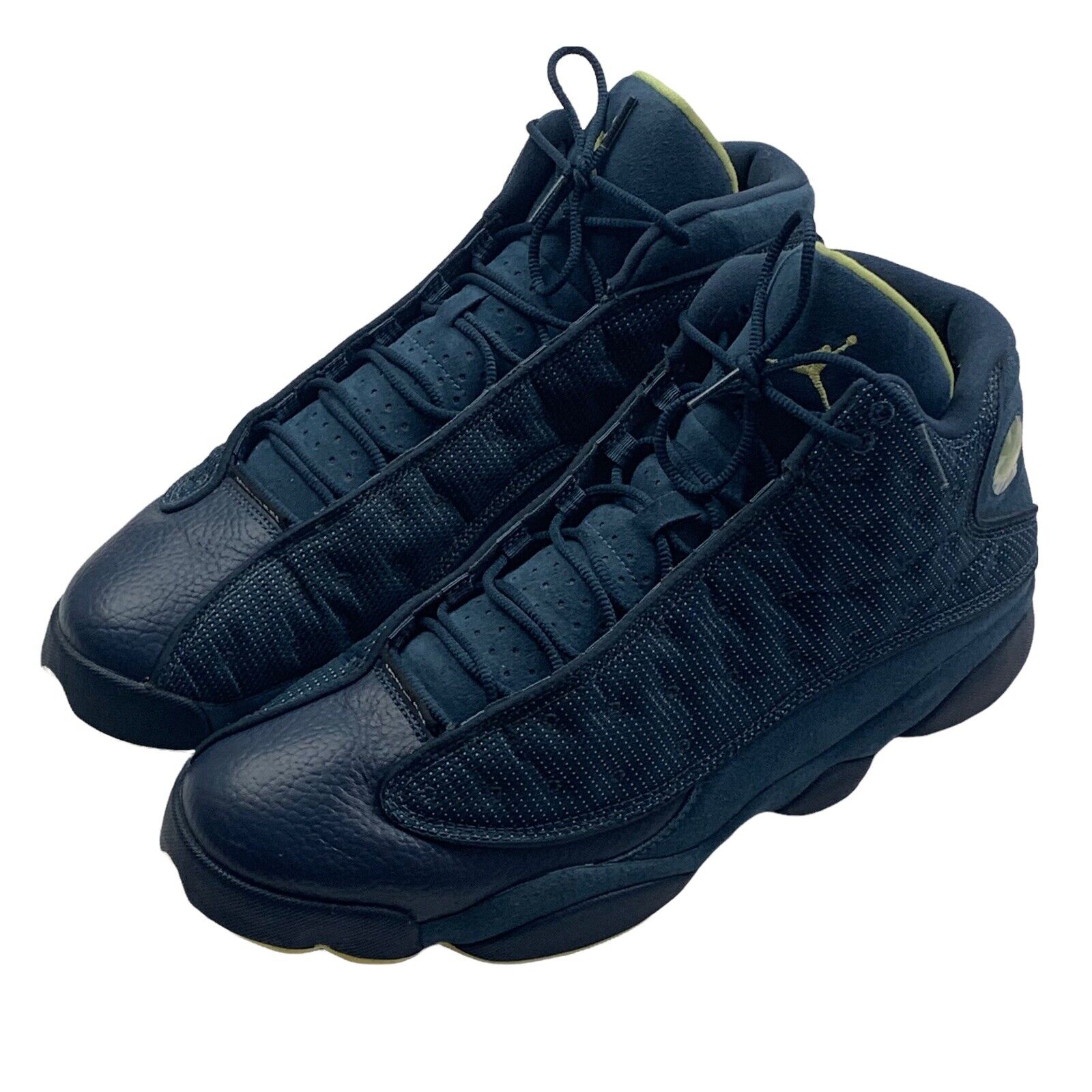 Decades before Marvel’s Black Panther hit the cinemas, there was another highly-anticipated “black panther” back in 1997.

Again designed by the legendary Tinker Hatfield, the Air Jordan 13 is crafted for quick and smart players like Michael Jordan. Michael's playstyle inspired Tinker to create a shoe that resembles a black panther.

Surprisingly, Michael Jordan's secret nickname was "Black Cat" - only used by his closest friends. That knowledge and intuition alone by both Jordan and Hatfield ignited various changes to the shoe until it achieves its optimal design primarily for MJ.

The result A shoe that highlights a paw-inspired outsole with an aggressive herringbone traction pattern on the heel and forefoot. While on the upper, a quilted and dimpled leather graces the side panels as another tribute to Jordan's love for sports cars and golf. It's finished off with a shiny round hologram on the rear that features a Jumpman logo in front of Jordan's "23" jersey number. Another great detail is the reflective 3M material used on the upper -- it appears on various 13s including the Flint and the Bred.

Tailored for high-performance basketball, the Air Jordan 13 is reinforced with a carbon fiber plate on the midfoot for torsional support and cushioned with a large Air Zoom unit on the forefoot and the heel.

In 2018, one of Tinker Hatfield's original samples of the 13 was unveiled and released under the name Air Jordan Black Cat. It's a low-cut sneaker that features a midfoot strap. Some of the designs eventually appeared on the final version - proving Tinker's persistence to try various prototypes before the actual release.

Just like a black panther that is ready to pounce with perfect timing, the Air Jordan 13 rose to the ranks as one of the best AJ retros to play in. 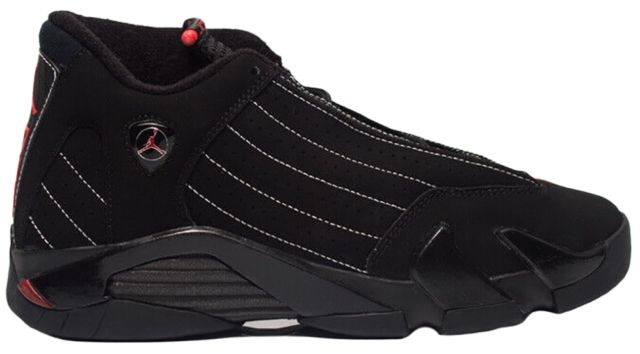 It was then dubbed as the “He Got Game” because it appeared in Spike Lee’s 1998 basketball film He Got Game featuring Ray Allen and Denzel Washington.

Arguably one of the if not the most iconic Air Jordan 13 colorway to ever release, the Air Jordan 13 "He Got Game" is actually an OG colorway that released in 1997 under the nickname Black Toe due to the leather toe appearing in black that contrasts the white leather side panels.

As a debut colorway of the 13 which features a white and black leather upper combined with hints of red on the outsole, the He Got Game 13 is another good option for basketball players and lifestyle footwear collectors due to its stylish and comfortable nature. The white "paw" midsole pods perfectly contrasted the black mudguard panels making up for a sophisticated look.

Easily one of the most iconic 13s to ever release to the general public, it was a highly-sought-after sneaker because of its lack of retro treatment. After its 1998 debut and 2008 re-run, the Air Jordan 13 He Got Game returned to retailers in 2013 and 2018 to celebrate the movie’s 15th and 20th anniversary. 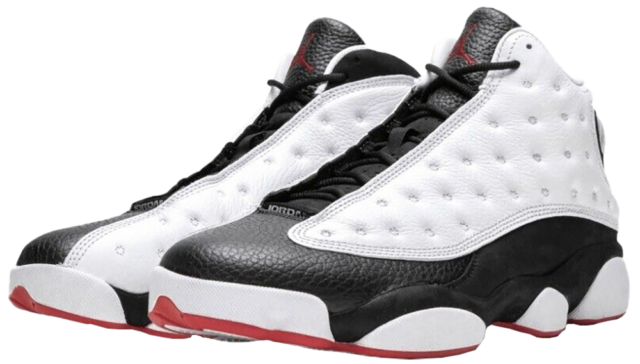 Most Air Jordans rise in value due to Michael Jordan's history with the shoe, championship models like the 6, 7, 8, 11, 12, and 14 all hold a nostalgic feeling to sneakerheads who are reminiscing the GOAT's finest moments. Jordan wore the 13 for the majority of the 97/98 season but opted to use a prototype version of the 14 when he hit his 'Last Shot' against the Utah Jazz in Game 6 of the NBA Finals.

This certain colorway, however, was never worn by Michael Jordan. But it still ended up being one of the greatest colorways the 13 ever had. The Air Jordan 13 Flint is an all-time classic that deserved multiple retro releases. And people will still buy them every chance they get because it stands out well.What makes the Flint 13s legendary? It's probably the lack of any Chicago Bulls' color and the missing personal history tied to Michael Jordan - giving it its own identity.

The flint grey suede overlays on the side panels and the midsole, plus the blue ballistic mesh fabric, turned this shoe into one of the sneakerheads' favorite 13s to collect.

It's actually an OG colorway that was released together with four other colorways. Rumor has it that MJ was supposed to wear the Flint 13s during the 1998 NBA All-Star Game but opted with the Black/Red-White color combination dubbed the "Playoff" to comply with the Bulls uniform. Imagine if Michael wore the colorway at least once; the Flint 13s probably would've been highly exclusive by now. It's still iconic and legendary nonetheless.

Its first retro run began in 2005 wherein college players and some NBA players continued to wear the shoe thanks to its modern build that can withstand the ever-evolving game of basketball. The leather, synthetic, and suede combination on most colorways conformed to the foot to add support and comfort. While the Zoom Air units on the heel and forefoot resulted in more responsiveness and reaction time - proving that the 13 is a timeless basketball shoe no matter what time period it was.

Whether it was intended for basketball or simply as a lifestyle sneaker, the Air Jordan 13 catches almost everyone's attention due to the shiny hologram found on the rear. Its green-tinted accent mimics a black panther's eyes as it prepares to attack the prey - the same way MJ attacks the basket with full speed.

The Flint 13s returned once more in 2010, and took another decade to retro for the third time in true form in 2020, where the pairs sold out within a few minutes - making another statement that the Flint 13 is a pair that sneakerheads should never miss out on. 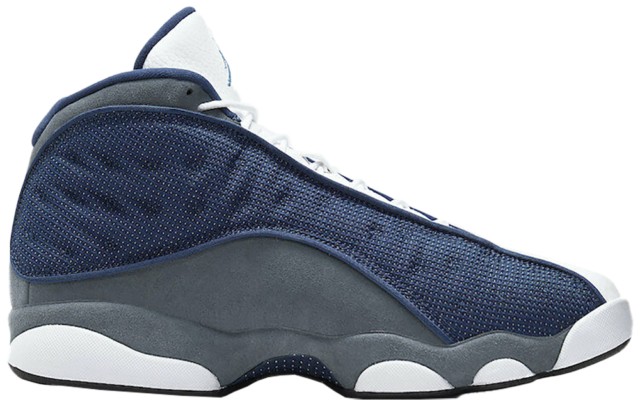 Appearing in a white leather upper with green accents on the suede side panels and the midsole, the Ray Allen 13 also highlights his own signature placed on the tongue.

One of the most limited Air Jordan 13s to ever release, and is now highly-sought-after; the 2011 Air Jordan 13 Ray Allen is a tribute to "Jesus Shuttlesworth" Ray Allen after breaking the NBA record for all-time three-pointers made - a record that still stands in the present.

Releasing in extremely limited quantities, the Air Jordan 13 Ray Allen PE is certainly a collector's item that is part of basketball history. Its current resell goes for thousands of dollars due to its rare nature. It's one of the sneakers that are never expected to return for a retro run because of the personal milestone it has for Ray Allen.

A similar general release colorway named "Lucky Green" released in 2020, is pretty much a good alternative for this pair wherein the only difference is the black lining, midsole and outsole.

The shoe honors Phil Knight’s son Matthew with his name on the tongue below the huge “O” symbol.

The shoe honors Phil Knight's son Matthew with his name on the tongue below the huge "O" symbol. The entire sneaker is dressed in grey suede on the side panels with grey leather on the toe. Hints of yellow can be seen on the upper's dimples and the outsole. The sneaker's look is finished off with the Oregon Ducks team logo placed on the hologram.

Considered to be a sneaker treasure due to its highly limited quantity, the Air Jordan 13 Oregon F&F is one of the hardest 13s to find because it isn't meant to be sold.

Aside from the basketball team, the Oregon Ducks Football program had its fair share of exclusive Air Jordans.

Being part of a Jordan Brand-sponsored sports program has its perks and benefits. Aside from representing the school, athletes were given exclusive gear and equipment that showcase school pride by making it limited to the team and staff.

A sneaker meant for premium sneaker collectors, the Bin 23 Air Jordan Collection boasts the highest quality Air Jordans ever with its exclusive packaging that makes every sneakerhead's dreams come true. The Air Jordan 13 is one of the five Air Jordans included in the limited collection - 1,734 pairs were only available for purchase.

The shoe features white leather materials on the toe, while the rest of the upper is comprised of red and desert clay on the nubuck and suede panels. Another premium detail is the red wax seal on the tongue. The shiny hologram on the rear remains true to its heritage.

One of the forgotten Air Jordan collections due to its expensive price and unfamiliar colorways, the Air Jordan 13 Bin 23 collection is still a great addition to the exclusive list of 13s that will probably never return in the future - making it a nice piece to have while it's still up for resale. 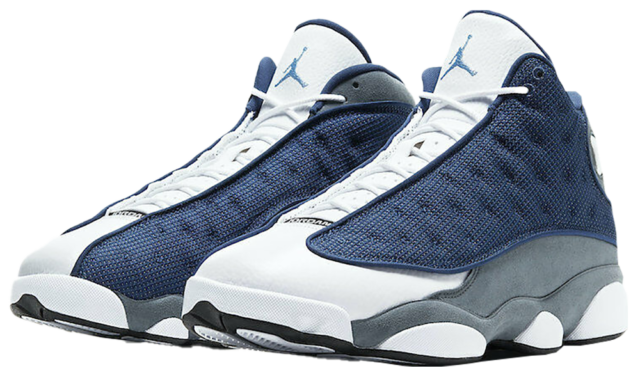 Air Jordan 13s are timeless basketball shoes that can still be seen on the basketball courts in the present times, its premium materials and modern cushioning technology proved essential when MJ laced them up for the first time in 1997.

24 years later, the Air Jordan 13s are still one of the coveted Air Jordan sneakers due to its stylish aesthetic that features the hologram and the catlike appearance of the midsole and the outsole. It's even one of MJ's favorite sneakers behind the 11, 3, and 12 - that statement enough proves why the 13 is worth having.

With multiple releases in recent years arriving in old and new colorways, the 13 is a piece of personal history as sneakerheads give the shoe the definition it truly deserves - Premium Performance.