The J11 is still one of the highly collectible sneakers even today. 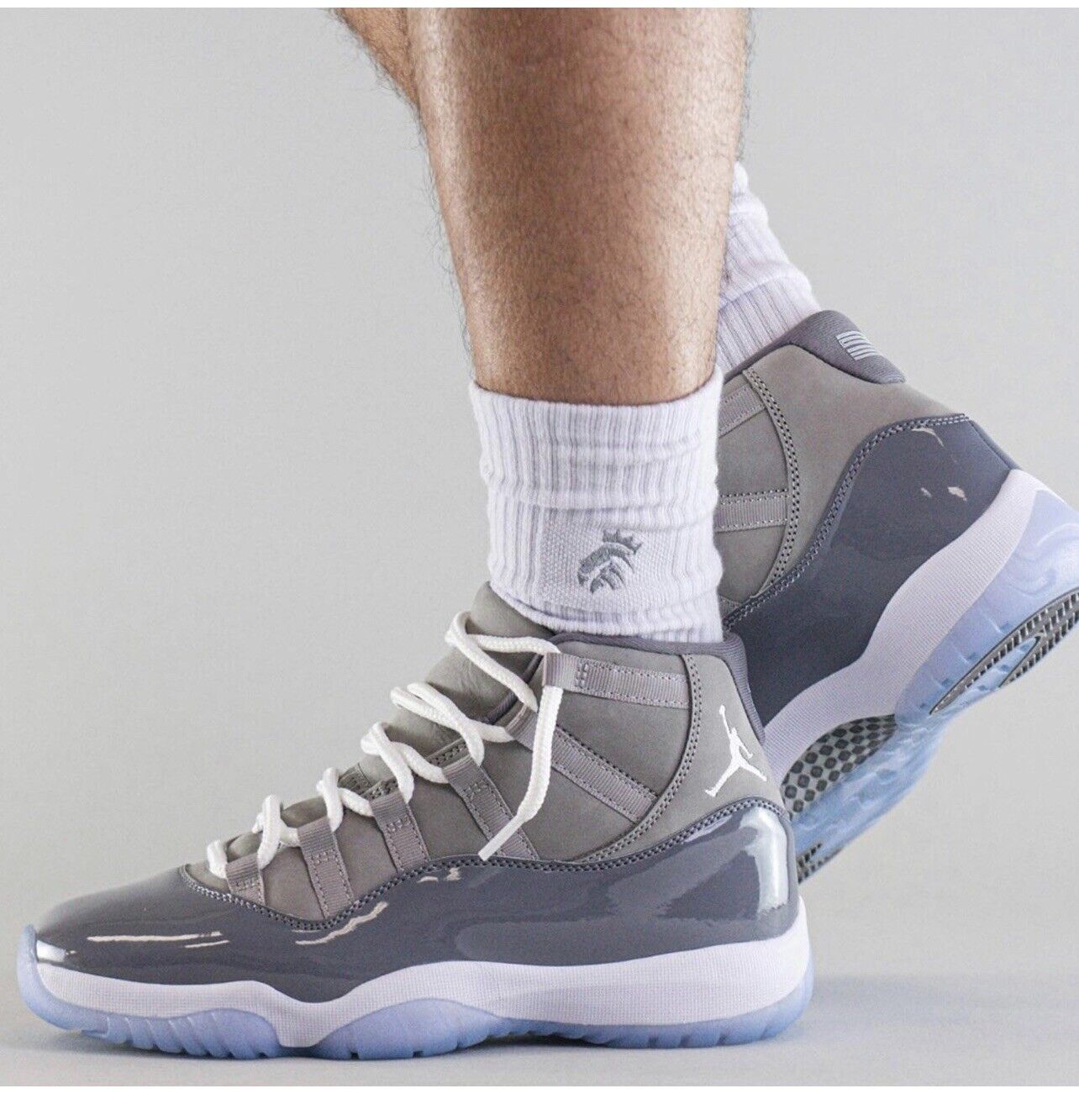 Almost all Jordan models that were worn by “His Airness” Michael Jordan have been praised by the masses for the shoes’ on-court and off-court versatility that provides comfort, durability, and style.

Starting with the Air Jordan 1 that paved the way for later Jordan Brand signature models, Air Jordans arrived in a flashy yet functional style that caught people’s attention. Including in that list is the legendary Air Jordan 11. MJ’s favorite sneaker.

The Air Jordan 11, one of the most iconic sneakers in history, showcased innovative sneaker technology that resulted in a mid-cut basketball sneaker that gives enough support and cushioning when athletes play - while making them look fresh once they decide to wear a pair on formal occasions.

The origin of the Air Jordan 11 // The Concord 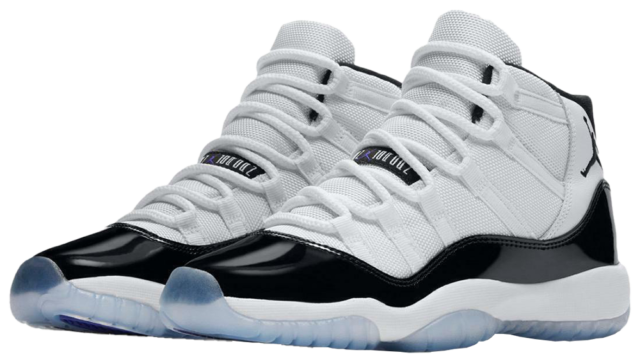 At a period when Michael Jordan announced his first retirement following his third straight NBA championship that started in 1991, his signature models were still prominent because of the shoes’ never-before-seen technology and look

The Air Jordan 8s featured cross straps, the 7 utilized Huarache technology, while most of MJ's sneakers from Air Jordan 3 to 6 have a visible Air cushion in the heel. But because of his time away from basketball, people thought that Jordan Brand was no more.

During Jordan's 17-month basketball hiatus, legendary sneaker designer Tinker Hatfield worked hard for years to craft a new Air Jordan model while MJ was busy playing baseball with the Birmingham Barons. It resulted in a brand new sneaker that introduced a shiny patent leather upper, the first time it was implemented on a basketball shoe. All because Jordan told Hatfield three years before that he wanted a shiny shoe. And it paid off well as Jordan announced his return to basketball in March 1995.

Aside from the shiny black patent leather that debuted on the iconic "Concord" colorway, the Air Jordan 11 also featured ballistic nylon mesh on the upper, a full-length Air sole unit encased within the midsole, and another iconic feature that is the carbon fiber plate that sits above the translucent outsole.

Michael Jordan debuted the Air Jordan 11 in 1995 during the NBA Eastern Conference Semifinals against the Orlando Magic. Hatfield advised Jordan to wear the Air Jordan 10 instead as the 11 isn't ready for release. The Chicago Bulls ended up losing the series but the Air Jordan 11's impact on the sneakerheads was high and the curiosity peaked at the start of the 1995-1996 season - MJ's best season ever. 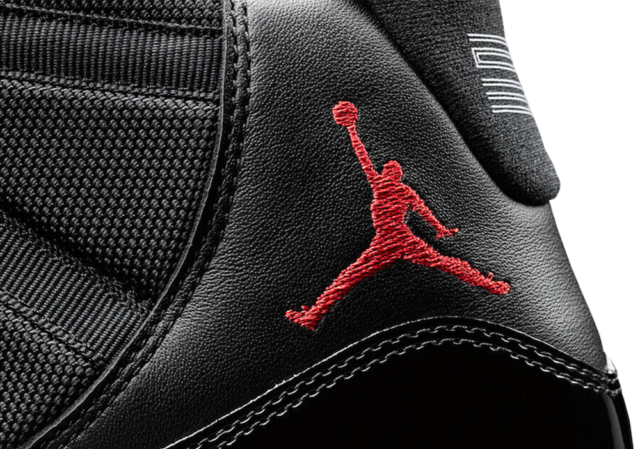 Jordan wore the Concord 11s most of the time during the 95-96 season and playoffs. The first 11 he wore shows a "45" on the heel as his "23" was retired by the Bulls. The retail versions were sold with the "23" on the heel as Jordan returned to his original jersey number.

The Concord 11 is such a remarkable and timeless sneaker that brings the best of both worlds as a basketball shoe and a lifestyle shoe. Various celebrities and basketball players have worn a pair with their suit & ties and tuxedos, even during its following retro releases the Concords can be seen on feet of sneakerheads attending their high school prom or even weddings.

A two-tone combination of black and white made the sneaker easy to wear with arguably all kinds of outfits. The shiny black patent leather that covers the entire lower panel of the upper does its job well to keep a clean, sleek look. It's also durable enough to withstand wear and tear during basketball sessions.

Ever since then, the Air Jordan 11 Concord has taken various forms of the shoe across different sports, from golf, baseball, and even American football, the global, cultural, and streetwear impact of the first J11 colorway is without a doubt, astounding.

It has left a lasting legacy for all generations of sneakerheads, whether people witnessed the greatness of "His Airness" or not, the Concord 11 can be one of the stepping stones to learning about Michael Jordan and his iconic Jordan Brand signature models.

A basketball shoe that has since then transitioned to become a classic and trending lifestyle footwear in present times, the Air Jordan 11 is at the pinnacle of sneakers, just as Michael Jordan is at the pinnacle of the greatest basketball players ever. And it's all thanks to the debut of the "prototype" Concord that wasn't even supposed to be worn by Jordan during the 1995 playoffs.

The Glory of the Bred 11s 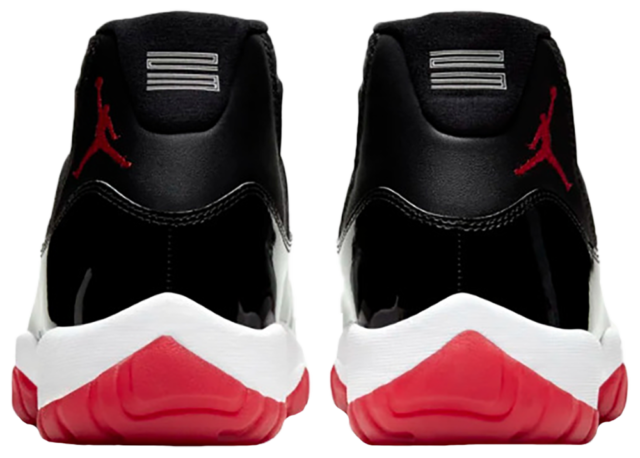 First released in March 1996 while the Bulls are on pace to win the NBA Finals after a historic 72-10 season, the Air Jordan 11 Bred graced the media coverage during the playoffs with the same attention that the Concord 11 had when first worn by Michael Jordan.

Aside from the Space Jam which Jordan wore in the 1995 NBA playoffs to avoid fines after wearing the Concords that violated the team uniform color policy guidelines, the Bred is the second colorway featuring an all-black upper.

Who would’ve thought that a simple color combination of the Chicago Bulls’ team colors could translate into another iconic Air Jordan 11 colorway? The Black and Red Air Jordan 11, or commonly known as the “Bred” 11 is considered to be the grail of sneakers and even broke records after setting a new Nike benchmark as the company’s biggest sneaker release ever after its retro return with a remastered form in December 2019.

Sporting an all black upper that runs from the shiny patent leather to the ballistic nylon mesh fabric of the upper panels, the Bred 11 also features the red legendary “Jumpman” logo on the rear of the lateral side.

It sits atop the white Phylon midsole that houses a full-length Air unit for comfort and impact protection during sporting activities. The red translucent outsole features two herringbone traction patterns on the heel and forefoot while covering the sturdy carbon fiber plate placed on the midfoot for torsional support.

Surprisingly, this is the only Bulls-inspired colorway that incorporated the NBA’s uniform color policy guidelines wherein the players must match their shoes with the jersey color. The Bulls was fined $25,000 per game while Jordan was fined $5,000 every time he wore the “illegal” Concords. Jordan was used to it anyway because the first time he was fined was way back in 1984 - when he wore his Black/Red Nike Air Ship which was then banned by the NBA. Despite that, Jordan insisted to play in the sneaker no matter the violation.

The Bred 11s then went on to become heavy favorites of fans and sneakerheads all over the world especially for those who prefer their sneakers without a white upper.

It had its first retro release in 2001, then it was part of the 2008 Countdown/Collezione Pack together with the Air Jordan 12 “Taxi”. In 2012, the Bred 11s returned for another retro run, it was, fortunately, part of the annual Air Jordan 11 holiday release tradition that also brought back the first colorways of the model starting with the Space Jam Retro in 2009.

Come 2019, the Bred 11 came in a remastered version that tried to follow the build of the 1996 pair. It resulted in Nike’s biggest sneaker release in history; rumored to be producing over one million pairs of Bred 11s as a general release, and yet the shoe sold out within 28 minutes on the SNKRS app. Rest assured, future retro releases of the Bred 11 will just add evidence to the sneaker’s success. 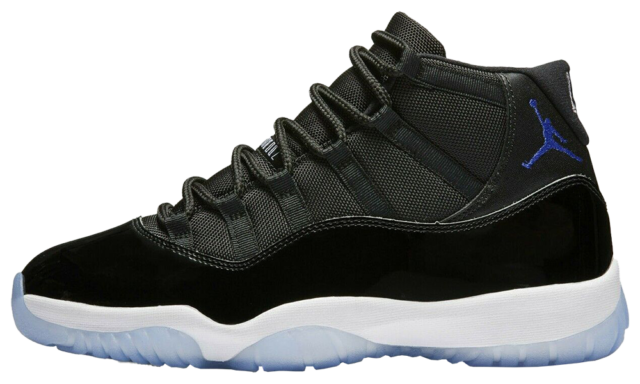 The second Air Jordan 11 that was worn in-game by “His Airness”, the Space Jam colorway debuted even before the movie was released

Since the Concords violate the team uniform color guidelines, Nike decided to give Jordan's sneaker a black-based upper to match the Chicago Bulls players who were all wearing black colorways. It took five years before the Space Jam colorway finally hit retailers. Talk about the level of patience just to get their hands on another sneaker grail.

Dressed in an all-black upper that runs from the shiny patent leather, the ballistic mesh panel, and synthetic overlays on the rear, the original Space Jam 11s actually featured a Concord Purple Jumpman logo on the lateral side instead of what people claimed to be Blue or Varsity Blue. The retail pairs were sold with the Varsity Blue palette instead of Concord Purple. The reason? It was because the screens on the cinema somehow altered the hue of MJ's logo that's why people pointed out that it was blue.

When it comes to style, the Space Jam is actually similar to the Concord - black patent leather, white Phylon midsole, and of course, the icy translucent outsole sporting herringbone traction pods and a carbon fiber plate. Making it another "formal-friendly" shoe for sneakerheads' proms or weddings.

The Space Jam 11 was first released in 2000 and then making another retro release in 2009 that started an annual Air Jordan 11 holiday release tradition. In 2016, the Space Jam arrived once more in a completely new look - by going back to the original sample pair version back in 1995.

The Concord Purple Jumpman logo was finally utilized, the shoe's height was adjusted to closely resemble Mike's original pair, the "45" label replaces the common "23", and the Jumpman logo on the left pair is flipped for a full "OG" treatment.

The Air Jordan 11 Space Jam is an important part of sneaker history as it's one of the crazes that made the movie ‘Space Jam' remain as the highest-grossing basketball film ever with over 90 million dollars. 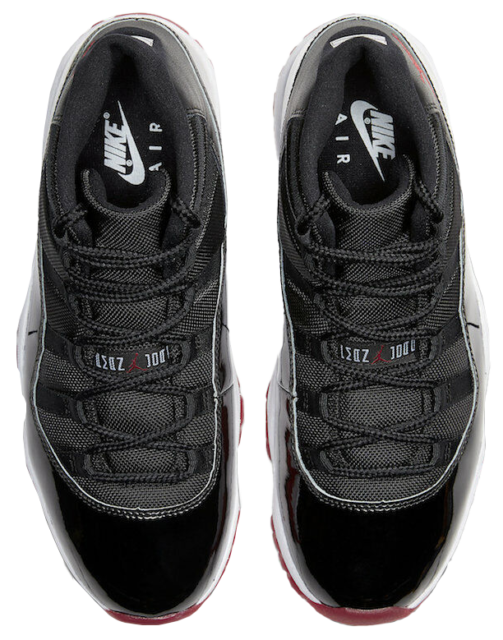 Two and a half decades later, the Air Jordan 11 remains as a classic, well-loved basketball sneaker that is highly-coveted by sneakerheads of all ages.

It didn't matter if they've watched the movie, as long as the sneaker was slated for a release, Nike stores were filled with long lines of customers hoping to purchase the iconic shoe.

The annual Holiday release of the 11 is still going strong with the return of the OG colorways from the Concords, Breds, Space Jams, and even the Cool Greys (people are hoping for its return since it retroed in 2010).

In 2020, the sneaker's 25th year of release, Jordan Brand came up with a new colorway that exudes an additional detail to fully celebrate its long-lasting success.

The Air Jordan 11 Jubilee is a new colorway that is dressed in shiny insignia and additional Jumpman labels on the eyestays that were rarely seen on most Air Jordan 11 retail pairs.

Appearing in the usual black patent leather and ballistic nylon mesh upper, the Jubilee 11 is embedded with a silver Jumpman logo on the rear and added with six silver eyestay details that spell out "JORDAN" on both pairs.

The white Phylon midsole houses the full-length Air bag for comfort and impact protection on strenuous activities while the outsole appears in a 'Sail' palette with two grey herringbone traction pods for consistent grip on most surfaces. A carbon fiber plate completes the bottom of the shoe for torsional support.

It may be a new colorway that was never seen before, but the Jubilee 11 is a symbol of the Air Jordan 11's worldwide success. It has made its way as one of the iconic shoes in history, not just as a basketball shoe, but as a shoe in general. The continued retro release and brand new colorways appearing annually is a good sign for Nike and Jordan Brand that the 11 will always be at its peak. It's the pinnacle of basketball sneakers that is beautiful enough for fashion.

There's a reason why Tinker Hatfield and Michael Jordan himself consider the 11 to be their favorite among all the signature models. It's a highly-collectible shoe that is being sought by many as a collection or as a personal pair.

The very definition of iconic, legendary, pioneer, and timeless; the Air Jordan 11 will remain as one of the highly-anticipated sneakers for the years to come. It may have appeared in various versions such as the 11 Lows and even the futuristic Adapt 11s, but the first few colorways will never take away the love of fans and sneakerheads for the 11.