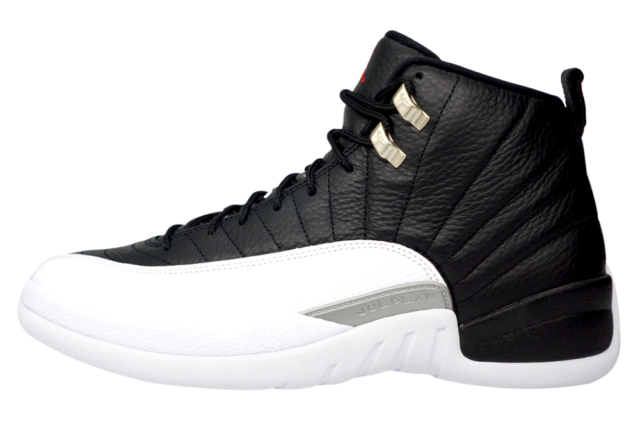 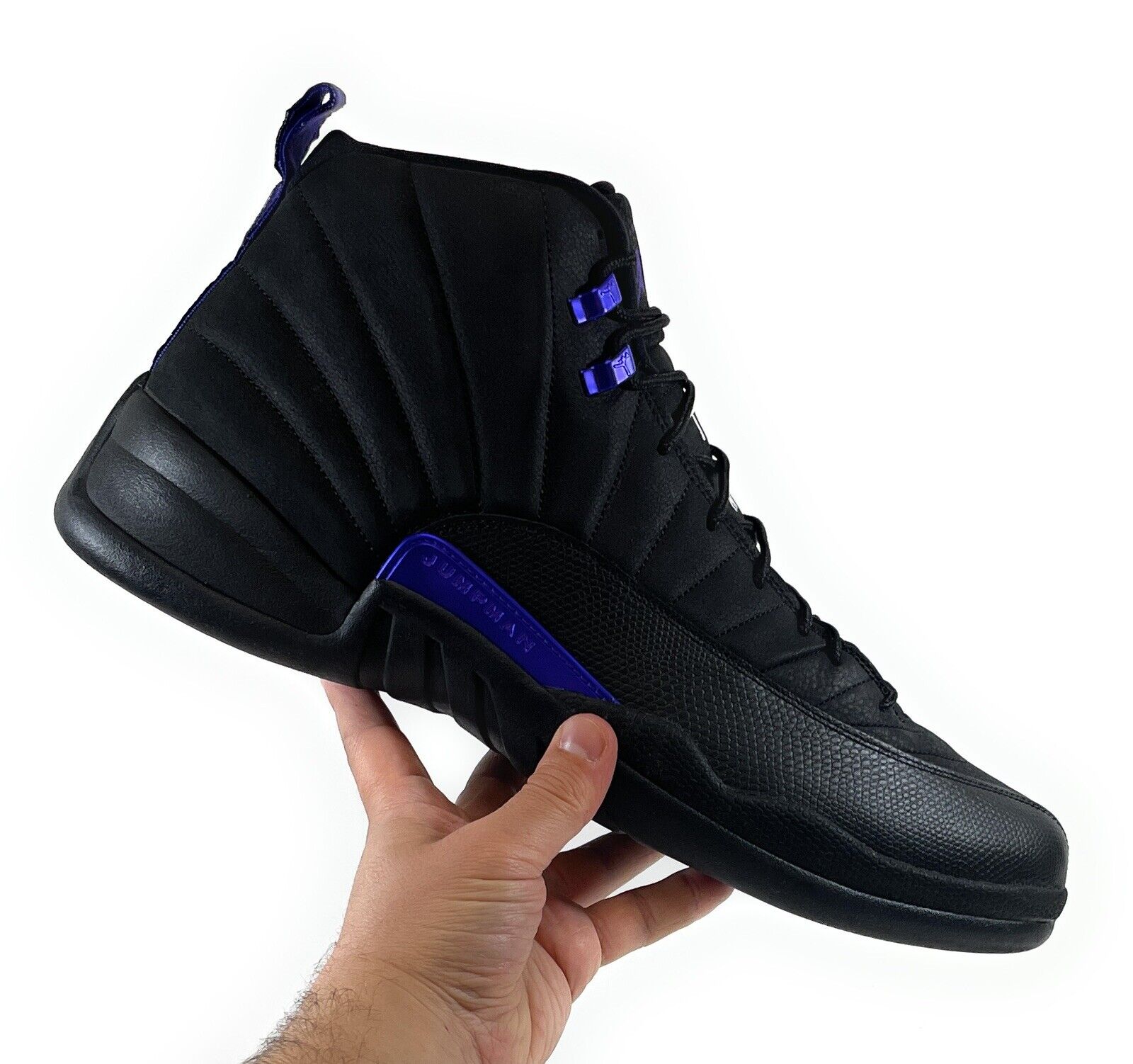 The Air Jordan 12 is one of the most memorable basketball sneakers in history. Not only did Michael Jordan play through an NBA Finals game with the flu, but he also dominated that game. Equipped with the best basketball technology during its time and an unconventional design inspired by women’s shoes in the 19th century, the Air Jordan 12 is a well-deserving basketball shoe to its iconic predecessor.

Equipped with the best basketball technology during its time and an unconventional design inspired by women's shoes in the 19th century, the Air Jordan 12 is a well-deserving basketball shoe to its iconic predecessor.

Once again created by legendary designer Tinker Hatfield; the Air Jordan 12 is the first Air Jordan sneaker to incorporate Zoom Air as its main cushioning technology. The Zoom Air bag runs full-length for a bouncy and explosive reaction time - essential factors to keep the Greatest Ever in prime condition during his playing years.

About 25 years after its debut, take a look back at some of the best Air Jordan colorways that are worth reminiscing and worth collecting. From the Flu Games to the OVOs, the Air Jordan 12 surely takes a seat in the Sneaker Hall of Fame. 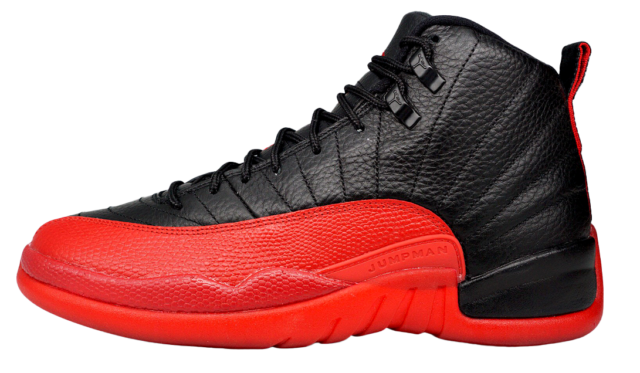 When the Air Jordan 12 arrived, the mastermind Tinker Hatfield has a refreshing, new idea up his sleeve as he showcased his new creation in 1996.

Air Jordan always utilize multiple sources of inspiration when it comes to the shoe's overall aesthetic. That's what makes the J's so legendary.

The successor to the iconic 11s has appeared to change the sneaker game once more.

At first glance, the Air Jordan 12 looks like a boot. Women's shoe design back in the 19th century inspired it. Contributing to its iconic design is the Japanese Rising Sun Flag called Nisshoki - which comprises the lines that make up the majority of the Air Jordan 12's upper visual. The full-grain leather on the lower panel mimics an embossed lizard skin for better durability.

In typical Jordan fashion, the first colorway of the 12 released in a White and Black combination with metallic golden lace eyelets on the near the collar for a secure fit. The colorway is dubbed the "Taxi" because of the carbon fiber plate on the outsole that features yellow and black motifs - reminiscent of NYC taxi cabs.

A simple two-tone color combination of Black and Red, this specific colorway remains in the minds of Chicago Bulls fans.

One of the first OG colorways that released, the Black/Red Air Jordan 12 is arguably one of the most memorable basketball shoes ever because of Michael Jordan's out-of-this-world performance during that season. A simple two-tone color combination of Black and Red, this specific colorway remains in the minds of Chicago Bulls fans.

Michael Jordan wore the 12s for the 1996-1997 season as the Chicago Bulls went on to win their second straight NBA championship and Michael Jordan's fifth overall championship. As fans may recall, MJ was wearing the Black/Red 12s during Game 5 of the NBA Finals against the Utah Jazz.

Jordan was struggling with the flu after getting food poisoned with pizza, he still dominated anyway as he dropped 38 points, 7 rebounds, and 5 assists to keep the Bulls one win away from the trophy. The Black/Red Air Jordan 12 cemented itself as one of the most historic sneakers MJ has ever worn and is then dubbed as "The Flu Game" 12s.

The Flu Game 12s first released in 1997 then returned in 2003. It then retroed for the third time in 2009 but in a Nubuck upper instead of the leather. It returned to its true form back in 2016 - to celebrate its 20th anniversary. Its use of premium full-grain leather materials, full-length Zoom Air for cushioning, and carbon fiber plate for torsional support was well-loved by athletes, sneakerheads, and collectors. That's why it remains at the top as one of the best Air Jordans for performance basketball.

Surely nothing else can go wrong with a simple yet classy combination of Black and White.

With the Air Jordan 12, the debut colorway proved to be another stylish basketball shoe that can be worn on-court and off the court but still catch people's attention as they gaze over the golden detailing on the eyestay. The boot-like shoe is crafted with the most premium leather during its time to fully bring out the lizard skin on the mudguard while the lines inspired by Japan's Rising Sun Flag stand out on top.

But its nickname didn't come from the black and white color nor the golden detail.

No, it has nothing to do with Michael Jordan and taxis; the 'Taxi' nickname actually came from its carbon fiber plate within the outsole that appears in a black and yellow herringbone pattern inspired by taxis primarily in New York City.

The release of the 12s also ignited the division of Nike Inc. and Air Jordan as Jordan Brand transitioned into its own expansion company while still being a part of Nike.

The Flu Games may have been the more memorable 12 in sneaker history, but the Taxi 12s were MJ's go-to shoe when they took the title in Game 6 of the 1997 NBA Finals. It then went on for a long hiatus, only releasing in low-top form. The Taxi 12s didn't return up until the 2008 Collezione/CDP together with the iconic Air Jordan 11 Bred. The two sneakers were the most popular in the pack due to their outstanding design, history, and of course, tech.

For low-top sneaker collectors, the Taxi 12 Lows debuted in 2004 and retroed in 2011. A pretty good option for those who missed out on the high-tops.

The last reappearance of the Taxi 12s was in 2013, wherein it was released in December - about two weeks before the Gamma Blue 12s released for a post-Christmas sneaker. It surprisingly wasn't part of the 20th-anniversary celebration of the Air Jordan 12 in 2016, where a handful of new 12s and a collab with OVO were released. 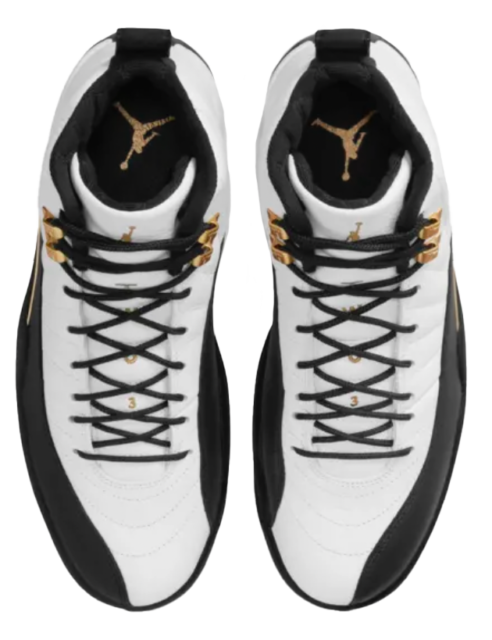 The first collaboration between Jordan Brand and the NYC-bred streetwear clothing line Public School New York actually began in 2014 with the debut of the Air Jordan 1 Retro High "PSNY/23 NY". The exclusive friends and family pairs turned out to be the start of a fruitful relationship between Jordan Brand and PSNY as Air Jordans 10, 1, and 12 appeared in more friends and family versions of the premium New York brand.

PSNY masterminds Dao-Yi Chow and Maxwell Osborne then continued their exclusive collab with Jordan Brand as they unveiled three Air Jordan 12 x PSNY colorways on a "slightly" wider release in 2017.

The Air Jordan 12 Wheat, Bordeaux, and Olive were part of the limited sneaker and apparel collection collaboration. Wherein the 12s were only released through the Nike SNKRS app in three fashion capital cities - namely New York, Paris, and Milan.

The Bordeaux PSNY 12s were released exclusively in another fashion capital and artistic city that is Milan in Italy.

Continuing the monochromatic appearance of the shoes, the Air Jordan 12 PSNY Bordeaux features a light Bordeaux hue on the fancy Nubuck fabric that makes up the entirety of the upper. The metallic eyelets on the sneaker's collar give the shoe a glossy finish, while the rest of the midsole up to the outsole completes the consistency of a single color. The Public School hangtag completes the premium finish of the extremely limited Air Jordan 12.

It's a huge W to get at least one of the three Air Jordan 12s included in the PSNY collab, collectors may still be on the hunt for a steal price on the Bordeaux PSNY colorway.

The first of the three monochromatic colorway features a tan-based Nubuck upper with leather lining for a more premium feel. The outsole appears in a gum rubber buildup perfect as a lifestyle shoe. It seemed like a direct tribute to The Big Apple's liking with Timberland Boots. A Public School hangtag completes the staple NYC look of this Air Jordan 12.

Released exclusively only in NYC through the Nike SNKRS app, the sneaker is one of the more expensive 12s on resale.

The Bordeaux PSNY 12s were released exclusively in another fashion capital and artistic city that is Milan in Italy.

Continuing the monochromatic appearance of the shoes, the Air Jordan 12 PSNY Bordeaux features a light Bordeaux hue on the fancy Nubuck fabric that makes up the entirety of the upper. The metallic eyelets on the sneaker's collar give the shoe a glossy finish, while the rest of the midsole up to the outsole completes the consistency of a single color. The Public School hangtag completes the premium finish of the extremely limited Air Jordan 12.

Only releasing in limited quantities through the Nike SNKRS App exclusively for the City of Love Paris, the Air Jordan 12 PSNY Olive completes the three monochromatic Air Jordan 12s in the PSNY x Jordan Brand collab in 2017.

Sporting a smooth suede upper in Olive Green, the Air Jordan 12 PSNY Paris is also equipped with the shiny metallic lace eyestays near the collar for a truly premium look - that makes the shoe ideal for streetwear fashion.

In a rather surprising news, PSNY dropped another family and friends release of the PSNY Air Jordan 12 Michigan Wolverines. A player exclusive for the school's sports teams, the PSNY Michigan 12s are currently one of the most expensive Air Jordan 12s available for resell.

Flaunting a navy blue buttery-smooth suede upper, the shoe also features hints of yellow on the arch panel, the collar, the lining, and the heel tab to showcase Michigan's school pride. The school's logo is also placed on the right pair to fully highlight the “exclusiveness” of the sneaker.

Jordan Brand actually released another Michigan 12 PE - but with a few changes to the shoe; the lining is in blue and so is the heel tab. The herringbone traction pattern featured a translucent rubber - as opposed to the PSNY's solid rubber. 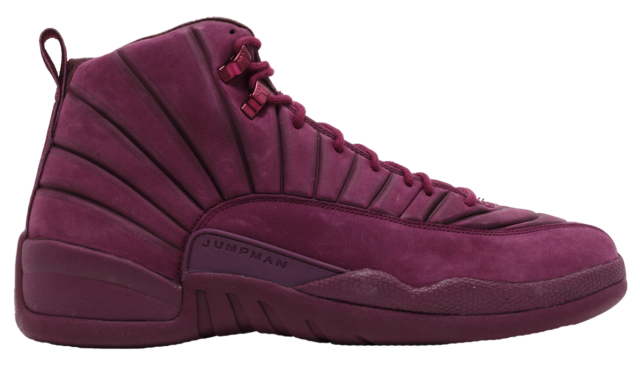 A highly-awaited collaboration with one of the hottest rappers in the game in the present, Jordan Brand and Drake's October's Very Own once again returned for a two-sneaker collaboration that involved two colorways of the Air Jordan 12.

The Black OVO 12s features an all-black upper that is comprised of premium suede and stingray leather on the mudguard with exaggerated textures that adds more detail to the hyped streetwear sneaker. OVO labels are placed on the insole and

A nice piece to have especially for Drake fans, and even better when collectors end up copping both of the 12s included in the OVO collab. 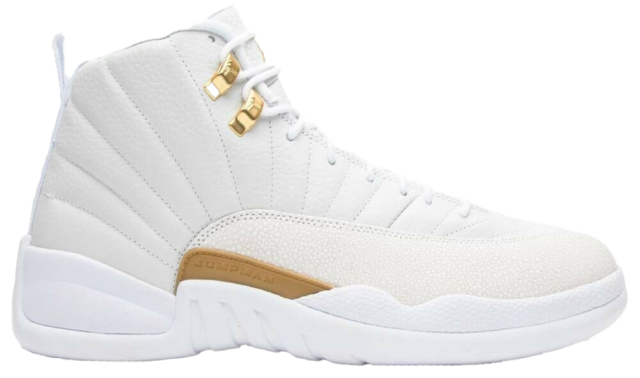 The first of the two Air Jordan 12s to release in the collab, the Air Jordan 12 OVO White is the more in-demand sneaker between the two. Its color combination of White, Sail, and Gold turned the 12s into a truly premium fashion shoe.

Sporting a crisp leather upper in Sail and a more premium stingray leather on the mudguard, the Air Jordan 12 OVO White also placed golden detailing on the lace eyestay and the Jumpman arch to make it stand out. The insole features the OVO's owl.

The white outsole is comprised of a translucent herringbone traction pattern with a visible OVO logo that is accompanied by a carbon fiber plate for support. A golden Jumpman logo on the toe completes the bottom details.

Just like the 11s, the Air Jordan 12 stepped up in terms of style and tech. It featured never-before-seen technology in former Air Jordan signature models like the Zoom Air - turning it into another performance basketball shoe that also qualifies as a runway sneaker due to its inspiration.

One of the more memorable basketball sneakers in history due to Michael Jordan's legendary performances, the Air Jordan 12 deserves its place in the pinnacle of basketball shoes as well.

Various collabs and multiple retro releases are enough to prove that the Air Jordan 12 is a true collector's item.