The most collectible Air Jordan 1 colorways 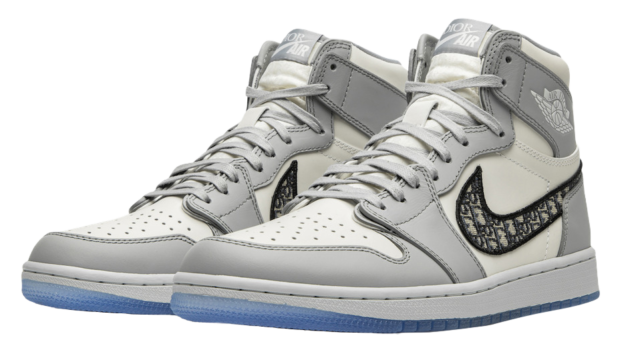 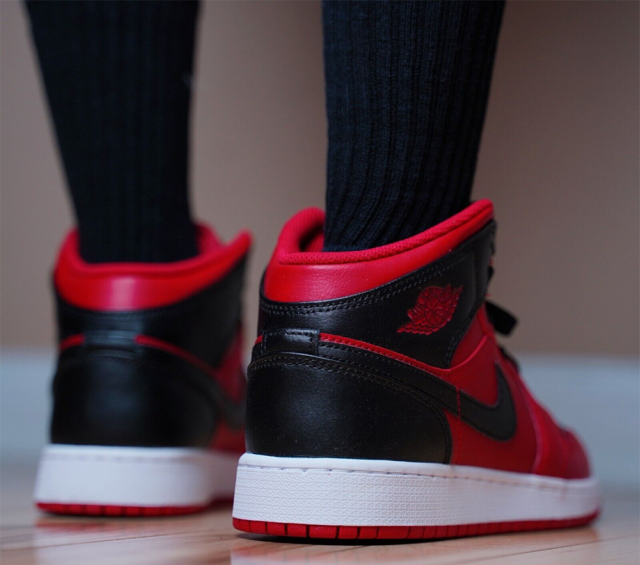 One of the most important sneaker must-haves for any time of the year, the Air Jordan 1 is an essential part of every sneakerhead’s sneaker closet.

Throughout the years, people have seen a lot of new colorways arriving for the new generation of sneakerheads. But the true and classic colorways will always remain memorable. Some modern variations of the Air Jordan 1 such as the Off-Whites and Travis Scotts proved to be worthy enough to get the nod from Nike and Jordan Brand to turn a timeless classic into a refreshing, new shoe.

More than 35 years later, let’s take a look at some of the most historic Air Jordan 1s and find out which pairs ended up worth a fortune. To keep things a little different, the list will feature three OG colorways and two new in this complete guide to the most collectible Air Jordan 1 colorways.

After Nike signed a promising young man named Michael Jordan who entered the NBA Draft after his stellar junior year with the University of North Carolina, they gave him a pair of the Nike Air Ship to play in. Little did anyone know, it was a precursor that led to his first signature model, the Air Jordan 1. It featured everything a basketball player could ask for; high-top construction, premium leather uppers, perfect traction, brand trademark, and his very own logo that would remain in the minds of everyone interested in basketball shoes.

The mid-80s was Nike’s time to shine inside the hardwood, they had gained momentum when they debuted the Nike Air Force 1 in 1982. After its discontinuation, Nike took advantage of college hoops and unveiled the Nike Dunk. The same year, there was Mike, and Mike was a shooting guard selected third overall by the Chicago Bulls during the 1984 NBA Draft. And then the rest is history. 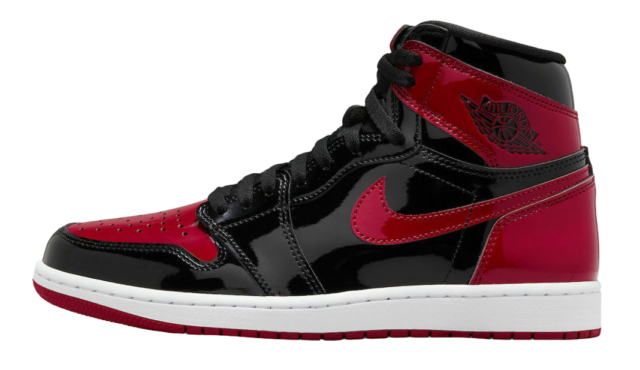 Colorways back then were simple. The player gets a pair in his team colors, then the player hopes to play well enough so people can take a look not only at his skills but also what’s on his feet. Luckily for Nike, the dude named Michael Jordan was playing so well that he even got his shoes banned. Well actually, it was banned because it was a violation of the league’s uniform policy, not because he was playing so well. What pair of sneakers got banned? Contrary to popular belief that it was a Black and Red Air Jordan 1, it was actually the Nike Air Ship - a high-top basketball shoe with striking features similar to that of the J1.

The Nike Air Ship never returned until 2020, wherein it was confirmed that the real banned sneakers weren’t the Bred Air Jordan 1s. 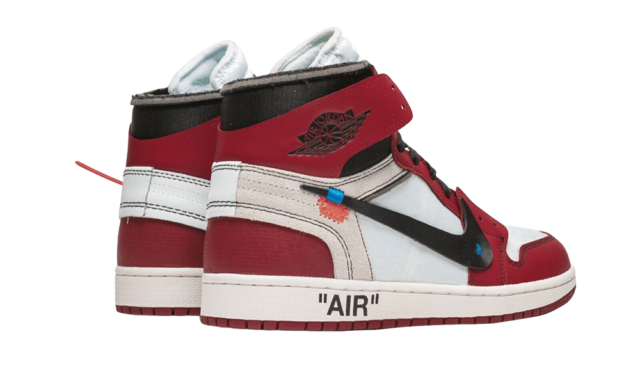 Now back to the real thing, the first colorway of the Air Jordan 1 features a predominantly Black base leather upper and Red accents on the vamp, the rear, the Swoosh, and the laces. It was considered to be an ‘Away’ colorway when MJ and the Bulls play their road games.

It’s one of the most sought-after Air Jordan 1 colorways; and every time it’s set for a retro release, the anticipation is filled with hype especially during release day - even getting to the point that a lot of people would camp out for days before the actual date of availability.

It’s one of the most well-known colorways not only to Air Jordans but in the entire history of sneakers. It’s either dubbed the ‘Bred’, due to its Black and Red combo. As the debut colorway of the Air Jordan 1, the Bred has always been on everyone’s sneaker release radar. It has received retro treatment a couple of times, the last being in 2016. 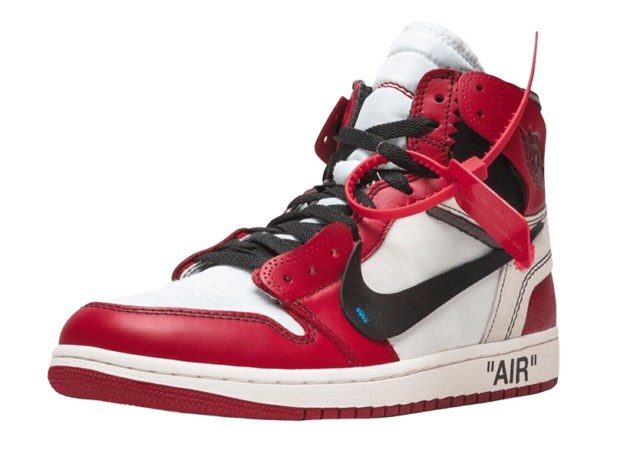 If there was Air Jordan 1 colorway that is just as iconic but not named ‘Bred’, it would be the Bulls’ Home colors, or simply known as the ‘Chicago’. Is it really an Air Jordan 1 list without its greatest colorway?

A direct contrast with the Bred, the Chicago 1 sports a White base with Red and Black color blocking on the overlays and the rest of the collar. The Swoosh appears in Black, while the thick sole appears in White and sits atop a Red outsole.

It was one of the first Air Jordan 1 colorways to release alongside the Bred and was worn by MJ for most of his first two NBA seasons. It was with the Chicago 1s where he put up impressive numbers, specifically his 63-point game against the Boston Celtics during Game 2 of the 1986 NBA Playoffs after missing most of the regular season due to a broken foot. They may have lost, but that was the day that people knew who Michael Jordan was and what he does, not even a broken foot could stop. The Air Jordan 1 Chicago has also broken world records before. Thanks to sneaker auctions by rival companies Sotheby’s and Christie’s, the Air Jordan 1 continued to live in people’s heads - does anyone even really ever forget the Chicago 1s? Perhaps not. Two Air Jordan 1 Chicagos set the record for the highest-selling sneaker in 2020. Sotheby’s set the record in May 2020 when an autographed and game-worn Air Jordan 1 Chicago. A few months later, Christie’s broke the benchmark with featured the same colorway worn by MJ in an exhibition game in Italy where he shattered the backboard - a shard of glass is still stuck in one of the pairs.

The pair sold by Christie’s held the record until the Nike Air Yeezy 2 snatched it in 2021. 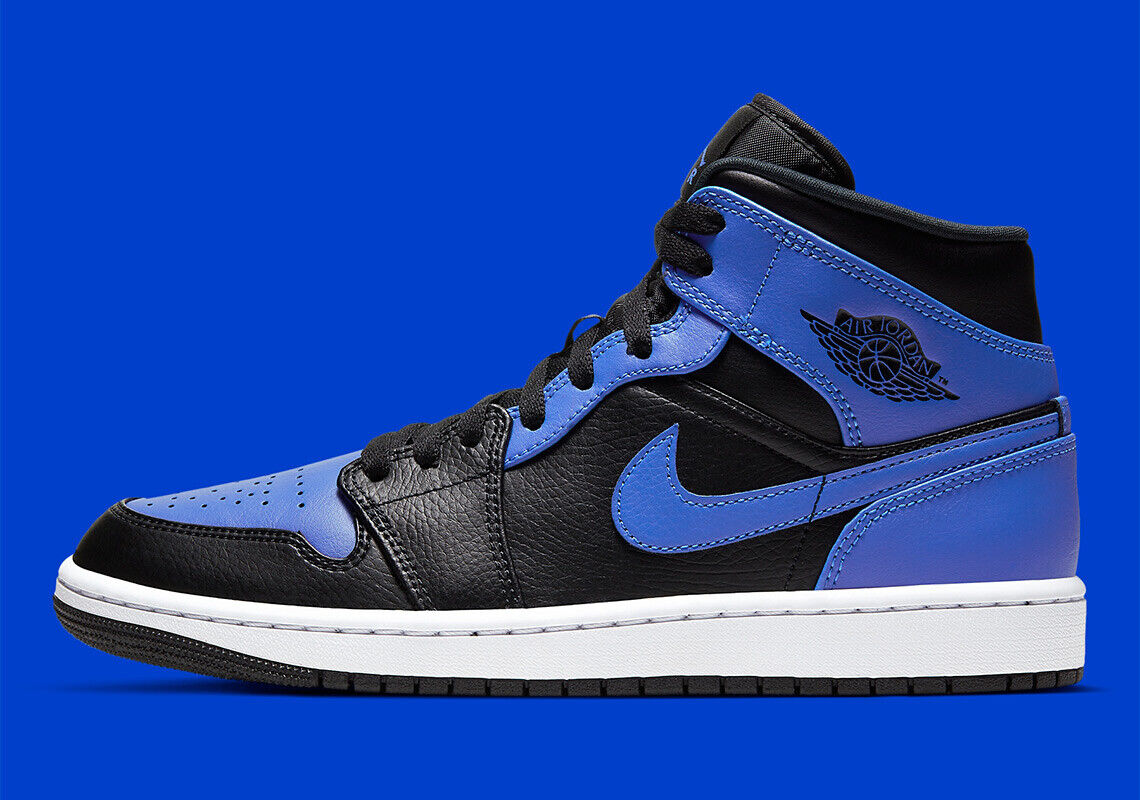 It has always been expected that the first three colorways of the Air Jordan 1 would end up being worth the most. The Air Jordan 1 ‘Royal’ was the third and the last of the ‘Top 3’ colorways (the first two being the Breds and the Chicagos).

They’re inspired by Michael Jordan’s favorite color combination (sorry UNC Blue) and even though they were never worn by MJ in a game, it was still an immortalized colorway thanks to a promotional photoshoot while Jordan was wearing the Royals.

The shoe seemed to be a direct contrast to Michael Jordan’s typical red and black that represents the Bulls, making him look like a villain of some sort who ended up getting drafted by a different team (we all know he played for the Wizards but still).

These three colorways are the OG colorways that have had the most influence on sneakerheads as they are highly sought after every time they’re scheduled for a retro release. The next few colorways to be featured will revolve around some of the most recent Air Jordan 1s that are also worth being in the sneaker closet, and they’re probably just as hard to purchase for an affordable price. 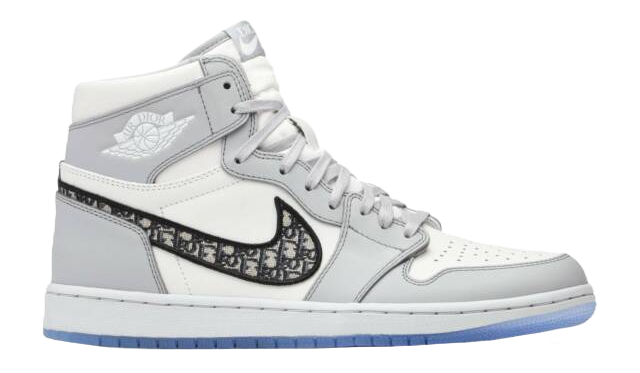 Combine one of the best sports brands with one of the top luxury brands on the planet, the result?

Featuring signature details of the Parisian luxury powerhouse Dior on the ankle collar, the tongue, and the outsole, the Air Jordan 1 Dior is dressed in a White base upper and Grey overlays for a clean and classy look. The Swoosh is printed with Dior prints in black. The translucent outsole sports visible letterings such as ‘DIOR’ and an ‘AIR DIOR’ Wings logo.

The Jordan Brand x Dior Collection was released last April 2020. Only 8,500 pairs were made and each pair is numbered individually, making them such a nice addition to any sneaker collection. There’s a low-cut variation as well, and they’re just as hard to acquire.

Just when people thought there would be no more Chicago J1s on the list, the Off-White Chicago 1 was the first of many Air Jordan 1s that underwent the famous designer Virgil Abloh’s deconstructed treatment.

The shoe features a deconstructed version of the Chicago 1, notably the external overlay stitches, exaggerated Swoosh, modified tongue, a zip tag on the laces, and Virgil Abloh Off-White labels on the medial side. In another typical Off-White fashion, the quoted statement is seen on the midsole, wherein “AIR” is written to locate the Air unit placed inside the heel section.

It was part of Jordan Brand and Virgil Abloh’s first collab called “The Ten” in 2017. It pioneered the next few Air Jordan 1 Off-White colorways such as the University Blue and the Sail White.

Love them or hate them, we all know that the hype that surrounds the Air Jordan 1 is unmatched. Even general release colorways nowadays are worth over their retail price, which makes them a must-buy for sneakerheads, resellers, and collectors alike.

If there was one shoe that could easily be identified by non-sneakerheads, it would definitely be the Air Jordan 1. And it’s not surprising to see the impact it has not only on the sneaker community but on the economy as well.