Winterizing a Sports Car: Is it Possible? 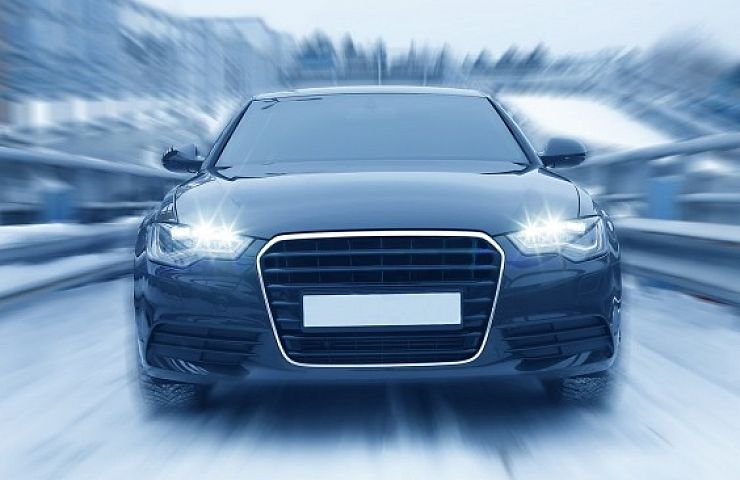 Everyone knows that sports cars are a class above everything else in the summer. Nothing beats having the roof down on your high horsepower convertible on a warm summer day. Unfortunately, we can’t have summer without winter, and winter is not a fun time for high horsepower cars. Traction issues are considerable, as are concerns about corrosion and vehicle damage.

The question is, can a powerful sports car be “winterized” somehow? Yes and no.

Let’s Start With Traction
The biggest problem most high horsepower cars face in winter weather is a loss of traction. Wide, low profile tires are great for maintaining grip on hot roadways, but they’re just about the worst tire you can buy when it comes to finding grip on icy roads.

What’s more, high horsepower vehicles tend to have a very narrow margin between “adding speed” and “breaking traction.” It often requires drivers to have careful command of the throttle, as too much accelerator too fast leads to wheel spin.

On the tire side of things, there are some things sports car owners can do to mitigate their traction problems:

As for traction problems due to excessive amounts of engine power (a great problem to have, for the record), there’s not a whole lot to be done outside of judicious application of the throttle. Hopefully, your sports car has a traction control system that helps you maintain grip.

If not, do your best to apply the throttle slowly and carefully, and to lift off the throttle in an equally judicious manner. But – truth be told – some vehicles (like older rear wheel drive cars that don’t have a traction control system) are very difficult to drive in winter weather.

Protecting Your Car From Corrosion
Road salt is – without a doubt – the worst invention ever…at least if you’re driving a valuable car on winter roads. Salt (and it’s increasingly popular alternative, magnesium chloride) is a danger to your vehicle’s undercarriage, wheel finishes, exhaust system, chrome and stainless steel finishes, and more. Unless you make an effort to rinse away accumulated muck and grime soon after you drive in winter conditions, you run the risk of corrosion problems.

Keep in mind that many high-end sports cars use (relatively) exotic metals for suspension and exhaust system components, and that these metals don’t always react well when coated in road salts. There’s something called “galvanic corrosion” that every high-end vehicle owner ought to be aware of: It’s often caused by exposing different metals in close proximity to water and some sort of electrolyte. It’s not something any high-end sports car owner can afford to ignore, and it can progress awfully fast.

The point? If you drive your Porsche 911 Turbo (or whatever car you love and want to last forever) on winter roads, you need to stop at the carwash ASAP and rinse off the vehicle’s underside. Additionally, it’s a very good idea to have the vehicle placed on a lift and inspected if corrosion could substantially impact the value of your vehicle.

Let’s Not Forget About Obvious Damages, Either
In addition to corrosion risks, it’s also important to remember that gravel can damage the front end of your vehicle. Don’t follow other vehicles (especially trucks or SUVs with knobby tires) closely, as they can “kick up” the small rocks on the roadway and effectively sandblast your car’s front clip. You can also install something called a clear bra if your vehicle doesn’t have one, which will place a clear layer of protective plastic on your hood and grille (assuming you don’t have one already). Clear bras are fairly affordable ($500 or so installed), and can even be installed yourself if you have the time and patience.

Finally, it’s a good idea to point out that vehicle damage isn’t just “very small rocks” – it’s also about car accidents. People lose control on winter roadways all the time, and it’s not at all unusual for these incidents to encompass random vehicles. In fact, if you park your sports car on the side of an ice-covered road, it can literally become a magnet that causes passing vehicles to lose control (OK – not literally – but you get the idea). There’s nothing you can do to avoid becoming the innocent bystander that the other car slid into, unfortunately, short of avoiding the winter roads altogether.

Summing Up
While you certainly can winterize a sports car, it’s debatable as to whether or not you should. Between the cost of a set of winter tires, the inconvenience of frequent cleanings, the heart palpitations caused by every near miss, and the heightened risk of damage, it often makes sense for sports cars to stay parked.

My advice? If you’re fortunate enough to own a beautiful and powerful sports car, buy a decent older car (eBay is full of them) for a couple thousand bucks, and drive it whenever the snow flies. If the idea of being seen in a cheap old car gives you pause, invest $200 in a very dark window tint. No one will know it’s you.