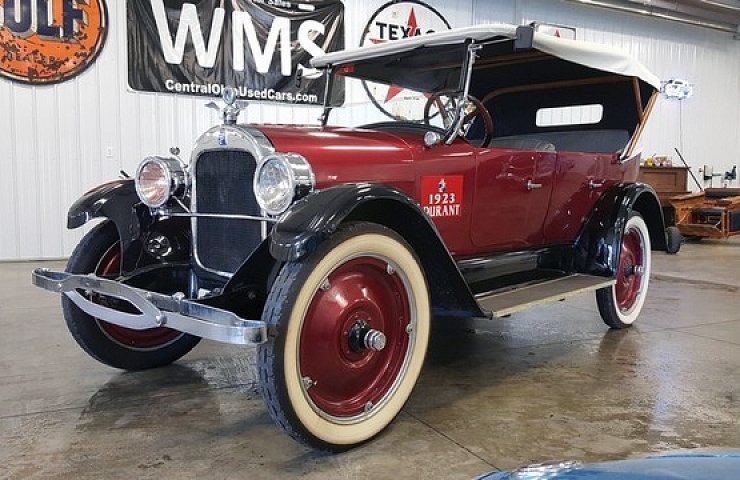 Starting a new car company is not easy, as evidenced by failed attempts by the likes of John DeLorean, Malcolm Bricklin, and Henrik Fisker. Even Elon Musk, the techie rock star leader of Tesla Motors, is now struggling with producing an affordable model at scale. The vast majority of newly launched 21st-century automotive nameplates arrive with great fanfare, only to disappear with a whimper. Perhaps today’s aspiring auto entrepreneurs can learn from the fate of William Durant, a car-building pioneer from a century ago.

One of his creations, the Durant A22 Sport Sedan yesterday sold on eBay Motors. The 93-year-old vehicle still “runs and drives very well,” according to the seller. 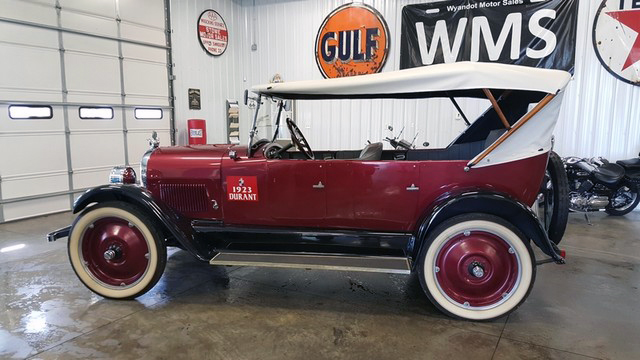 Durant, who was a somewhat aimless salesman in his thirties, got his real start selling horse-drawn carriages. He had persuaded a local Michigan bank to loan him $2,000 to buy a carriage company. He took on a partner, J. Dallas Dort, to form the Durant-Dort Carriage Company in 1895. Five years later, it was the largest maker of horse-drawn vehicles in the United States, eventually producing almost 500 vehicles a day.

William Durant in a Buick

After years of voicing skepticism of motor-driven cars as loud, smelly, and dangerous, he bought the then-troubled Buick firm in 1904. Using his wealth, production expertise, and salesmanship, Durant turned Buick around—outselling Ford and Cadillac to become the country’s largest carmaker by 1908. He then formed General Motors—that’s right, G.M.—with the goal of forming dealerships offering a range of nameplates at different price points. The obscure Durant is credited as the founder of our modern system of automobile dealer franchises.

Going gangbusters, Durant’s General Motors bought Cadillac, Oldsmobile, and Oakland Motor Car (later branded as Pontiac), as well as parts-makers, paint producers, and wheel companies. The auto business is competitive and cruel. Just two years later, he had overextended himself—buying a few dud vehicle brands such as Cartercar and Elmore. Strapped for cash, Durant was forced out of G.M. by investors in 1910. Not ready to quit, Durant partnered with Louis Chevrolet—six years later regaining control of General Motors only to be ousted again in 1920. 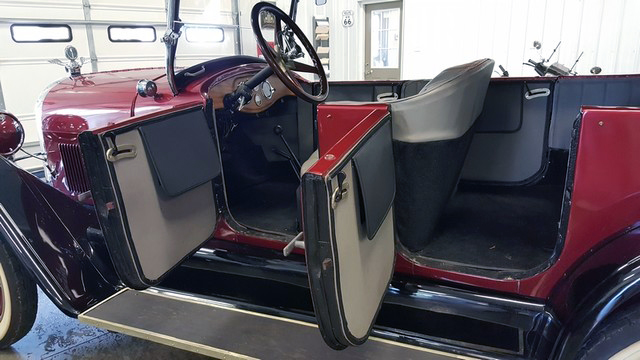 The 1923 Durant A22 that was sold yesterday on eBay comes from Durant’s next venture, which he started in 1921. That company, Durant Motors, was formed via acquisitions of diverse brands, such as Star, Flint, and Eagle.

Rick Botti, a founding member of the Durant Motors Automobile Club, told eBay Motors that Durant-badged vehicles are fun to drive but “were meant to be driven slow on dirt roads.” Bob Smith, the Durant club’s historian, told us, “Durant cars have a top speed of 40 miles per hour and brakes only on the rear wheels. It’s a good parade car, but for the most part, you have to trailer it if you are going far.” 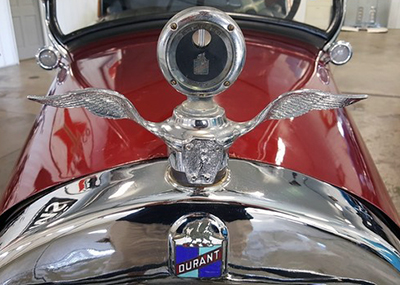 Botti has two Durants—one that he drives and one undergoing a restoration. Botti said, “Automotive historians often overlook the accomplishments of Durant and focus on Henry Ford.” In fact, according to Botti, G.M. executives tried to erase his legacy, even chiseling his name off a factory formerly owned by Durant.

By 1928, Durant was speculating in stocks, reportedly controlling nearly $1 billion in assets. Durant’s company could not survive the stock-market crash of 1929 and the Great Depression, closing its factories in 1931.

By 1936, the 75-year-old Durant was bankrupt. He suffered a stroke in 1942 and spent his final years managing a bowling alley. He remains an obscure historical figure, despite founding General Motors and creating the concept of a car company that owns its parts suppliers and selling its products at different price points via multiple brands. Aficionados of Durant vehicles, like the new owner of the 1923 vehicle sold on eBay Motors, are thankfully keeping his legacy rolling.