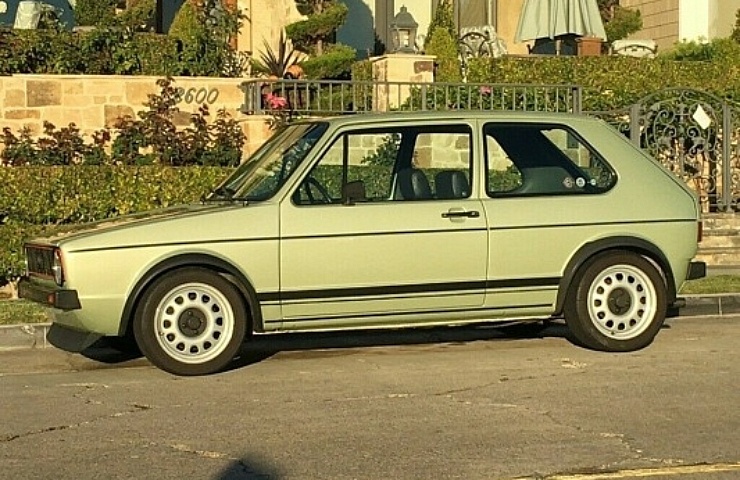 The first-generation Volkswagen Golf redefined the small car market, introducing American car enthusiasts to the concept of a “hot hatch.” Models like the 1978 example recently offered on eBay represented a radical departure for Volkswagen.

VW initially marketed the car as the Rabbit in the United States. 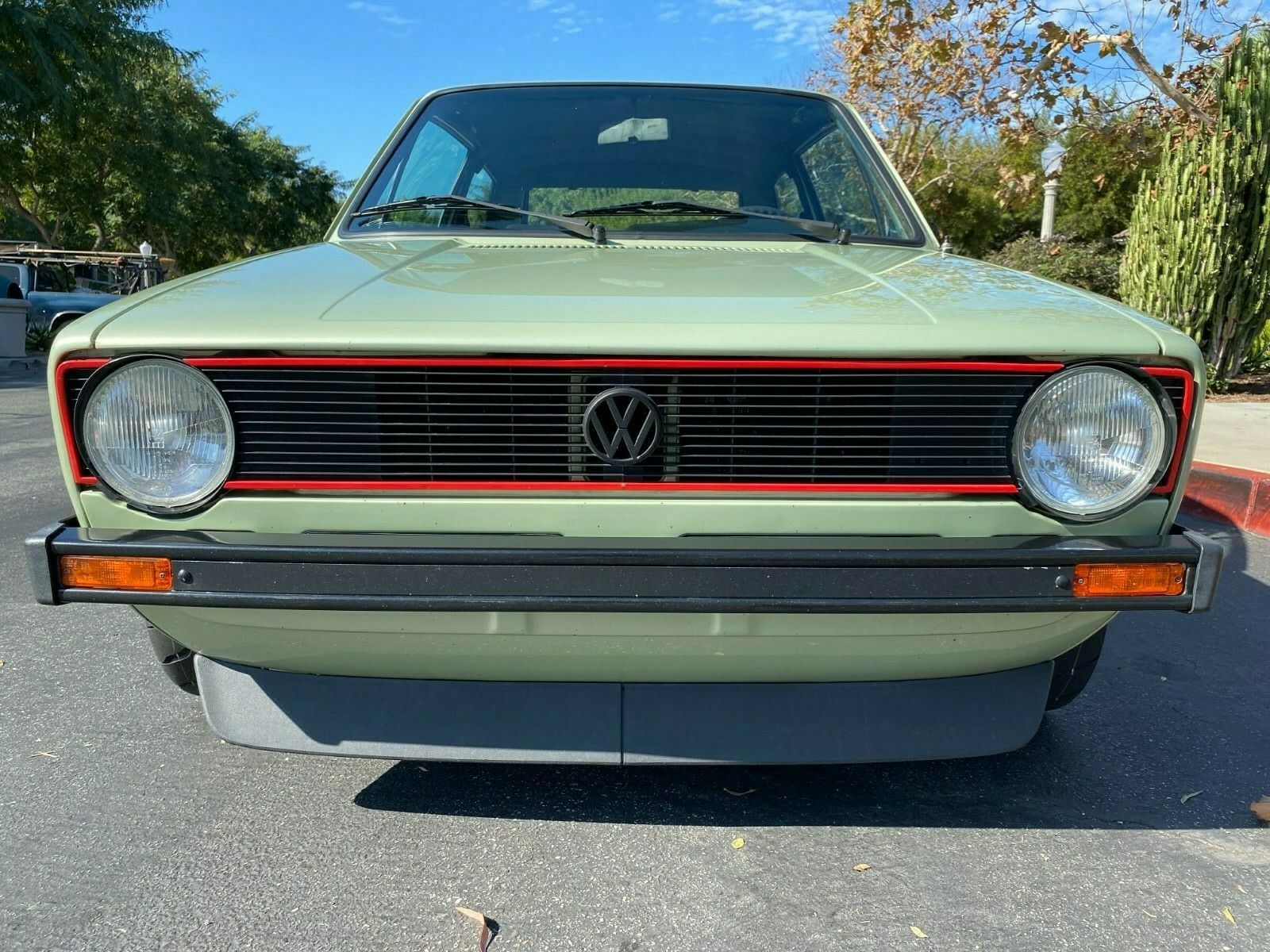 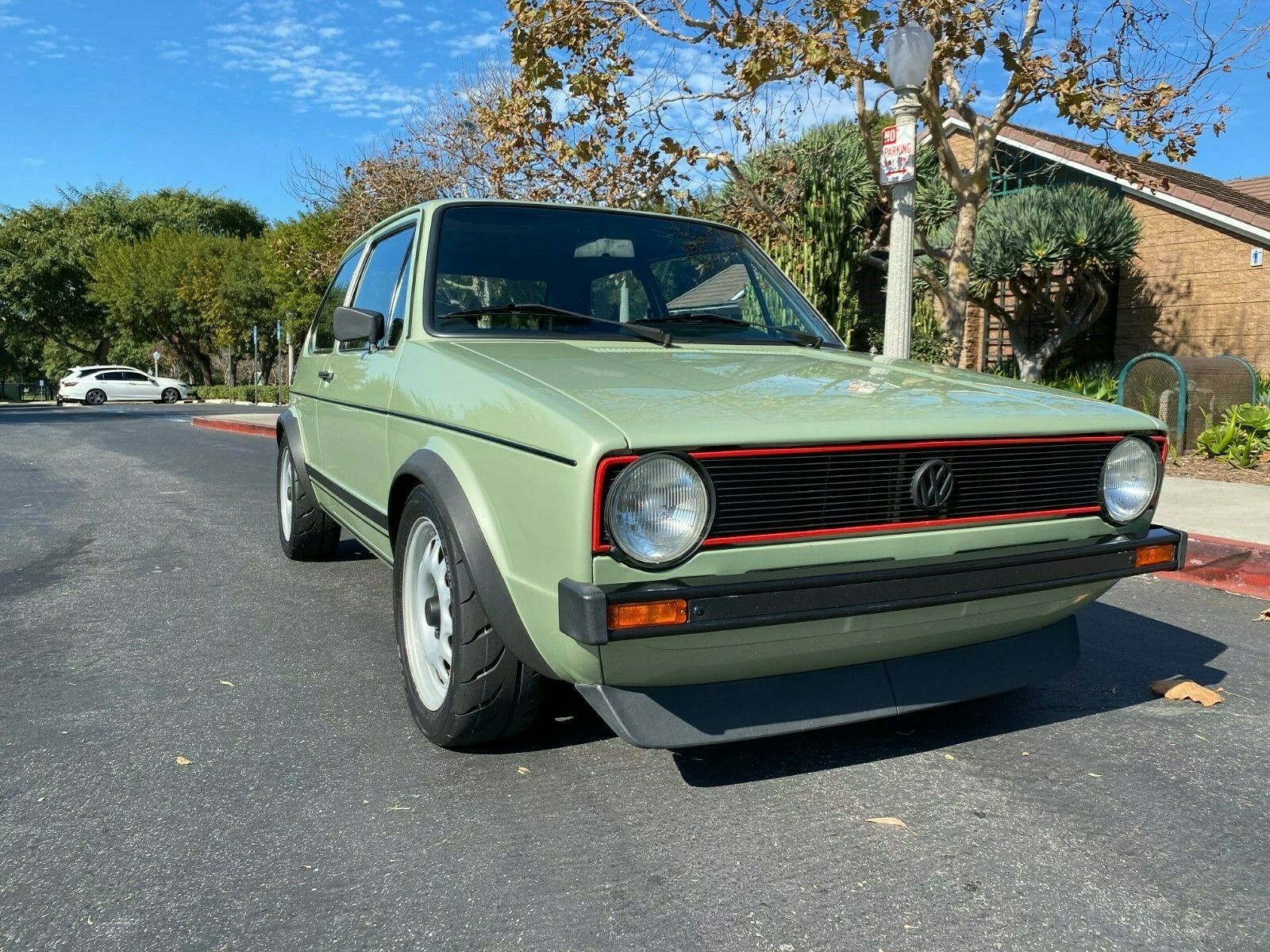 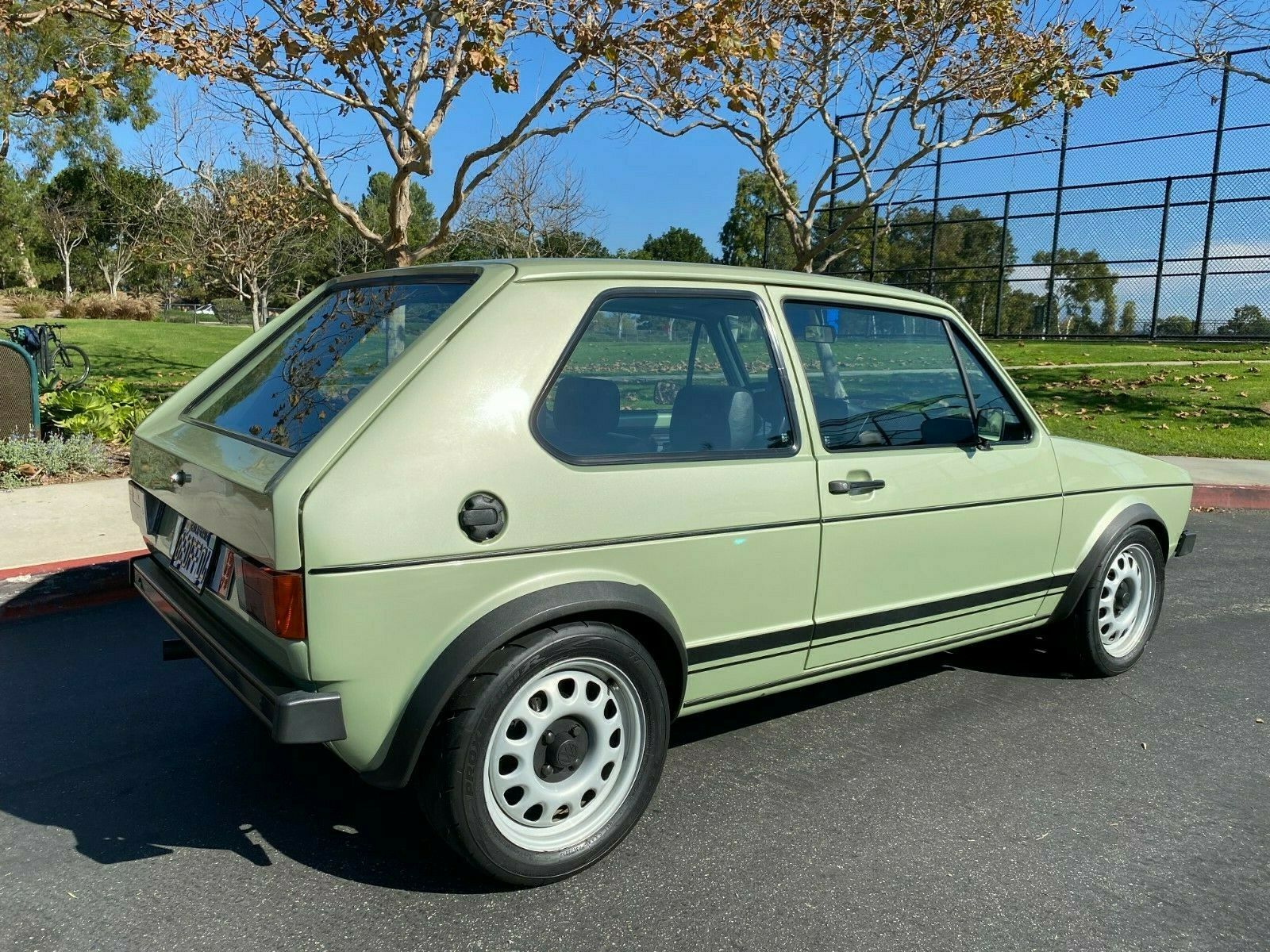 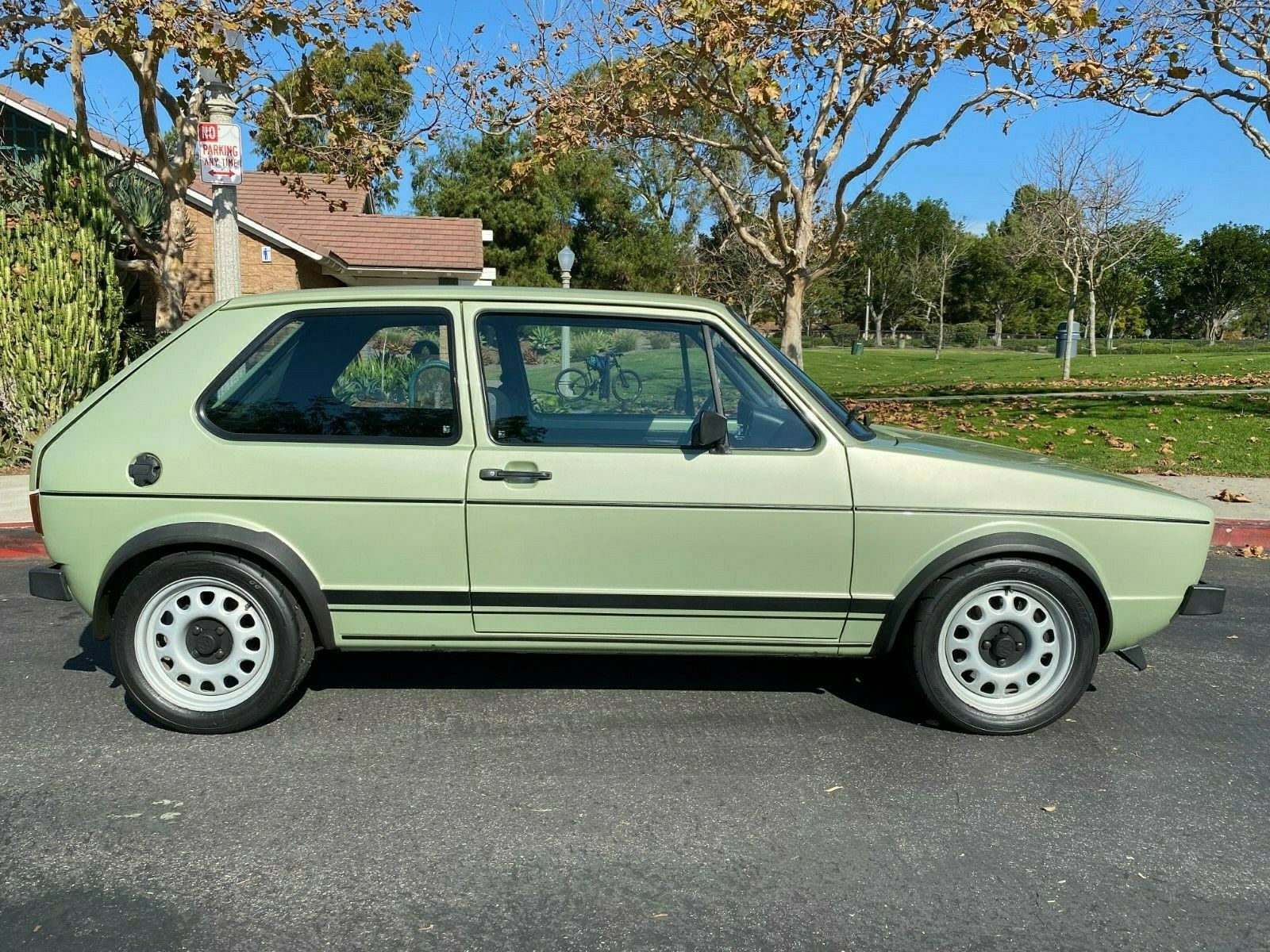 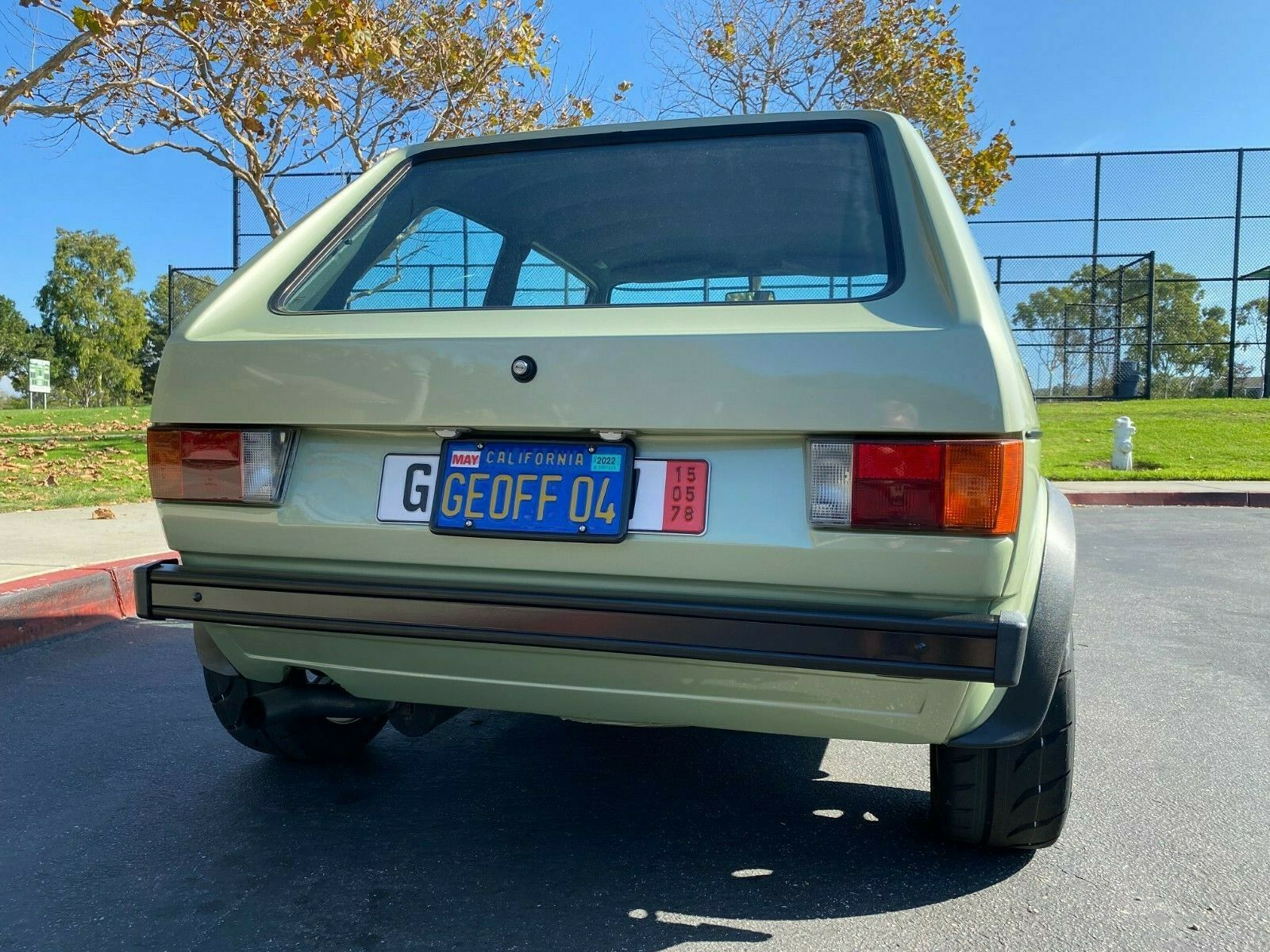 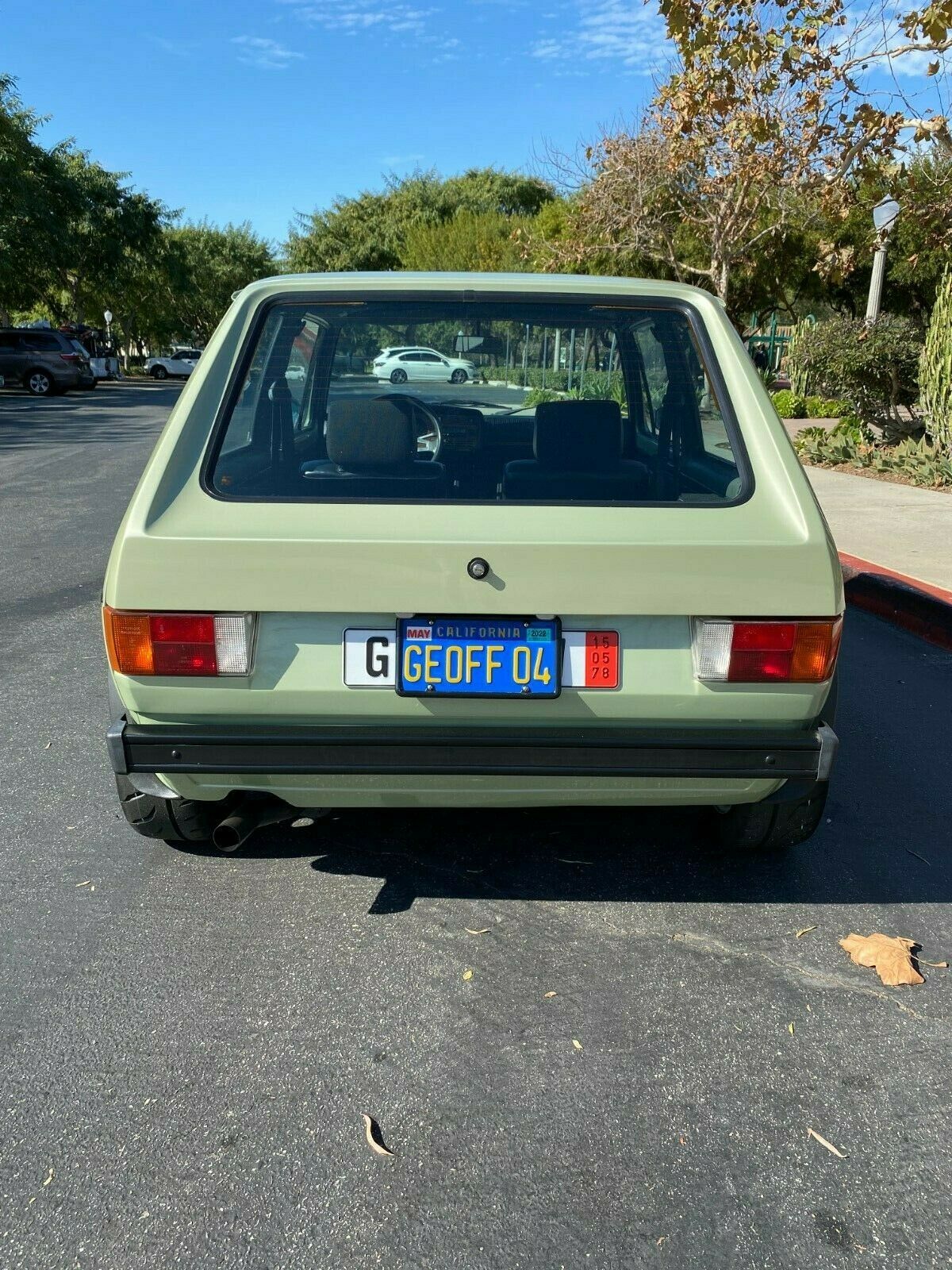 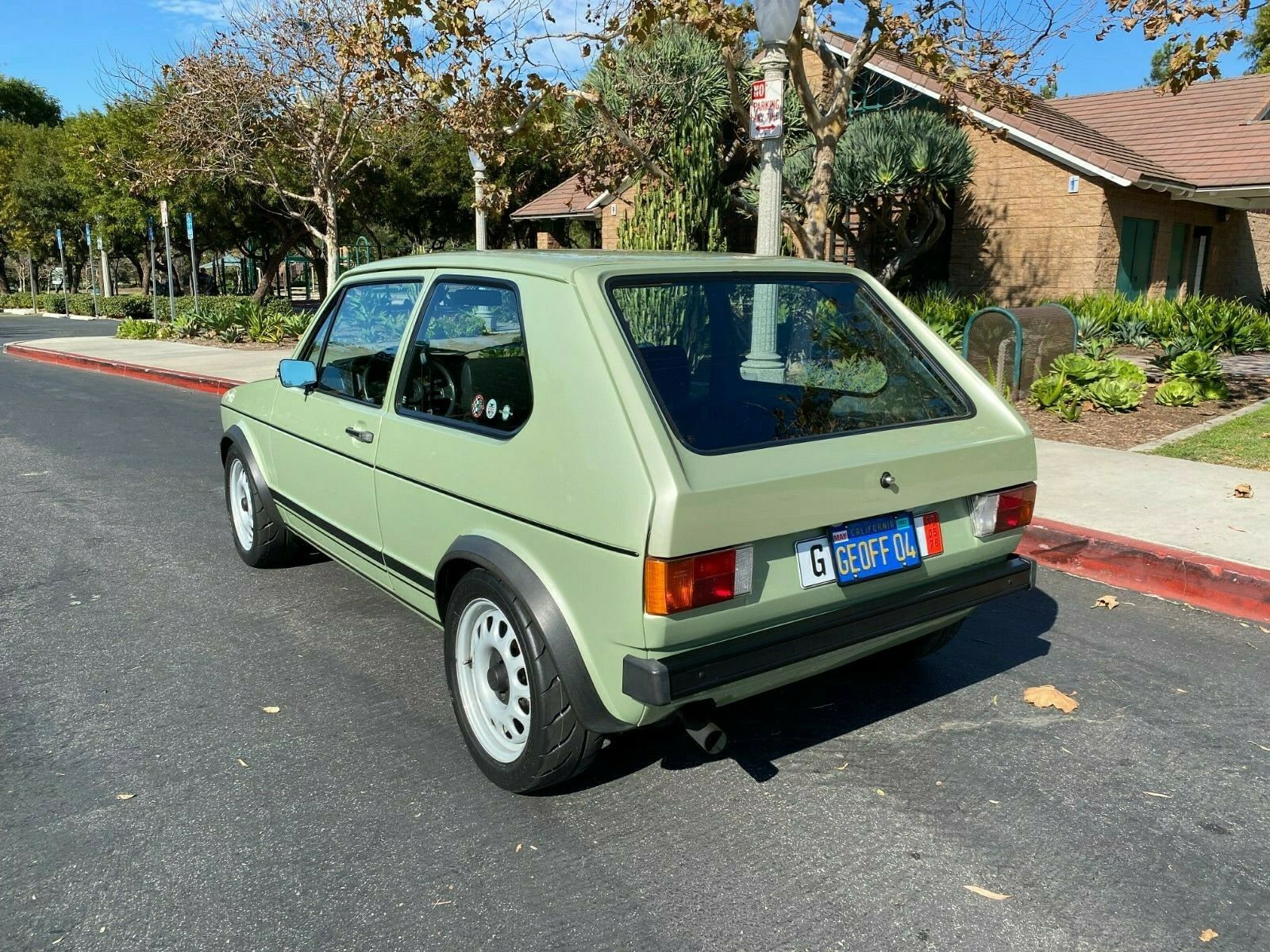 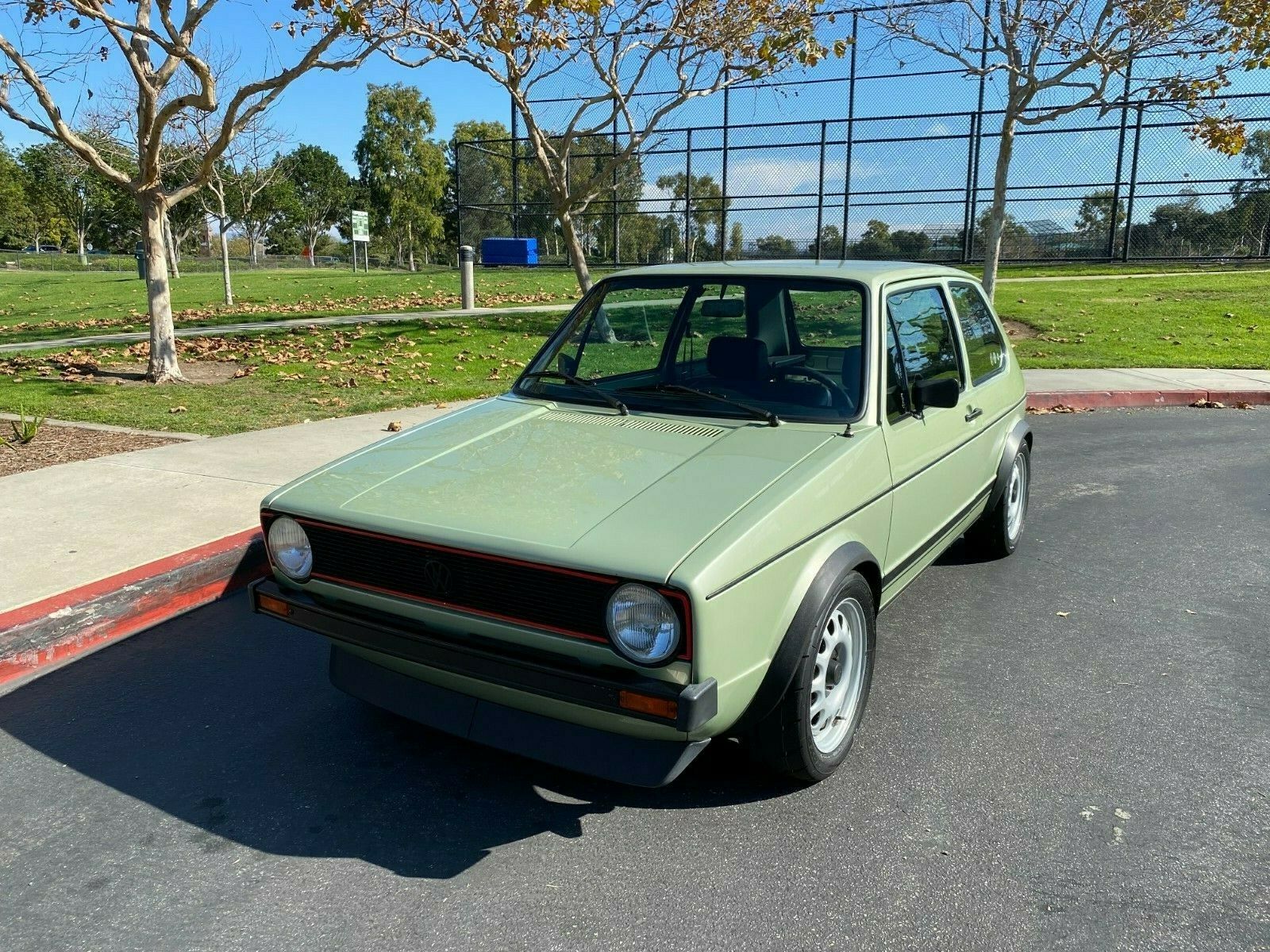 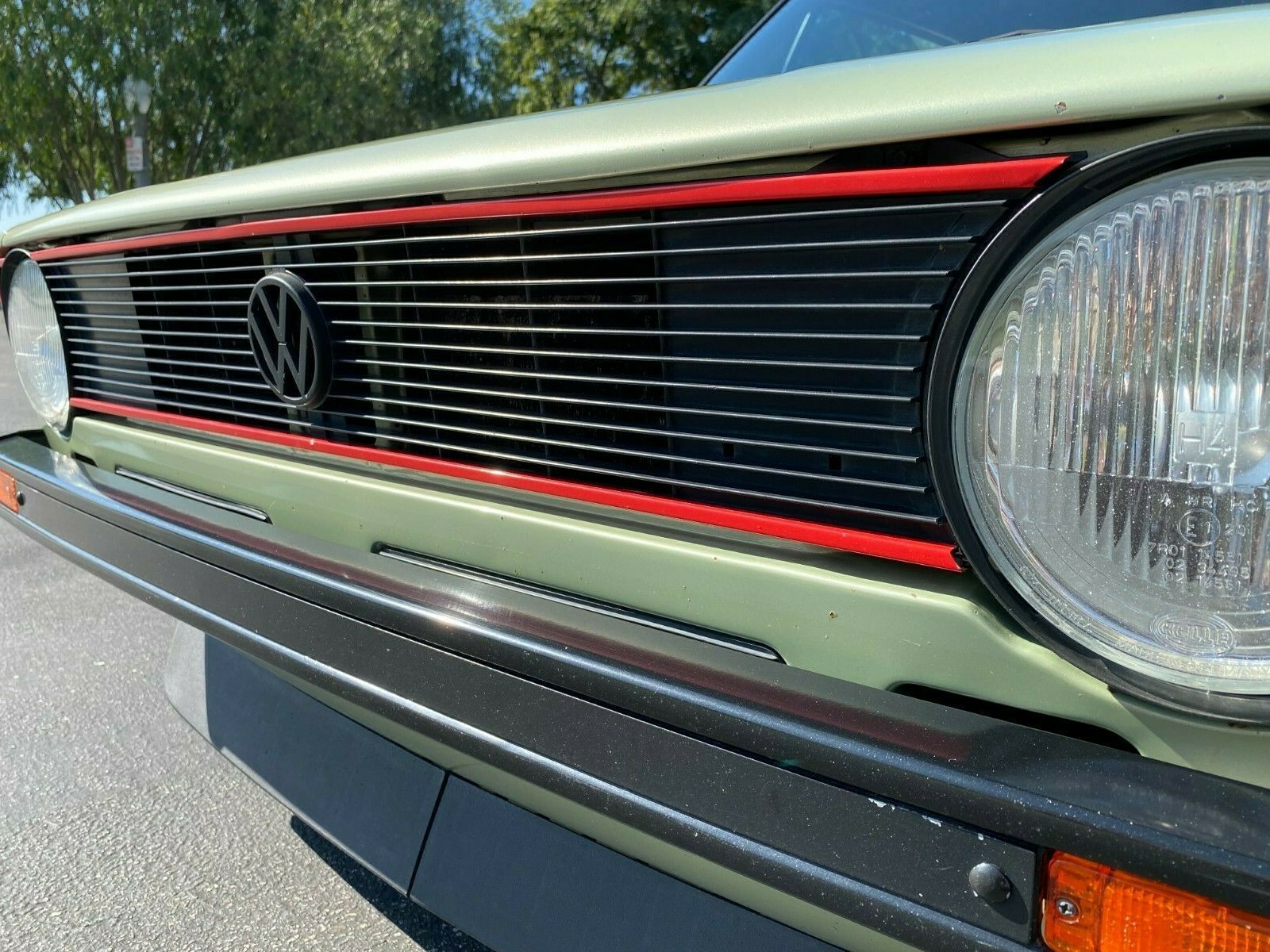 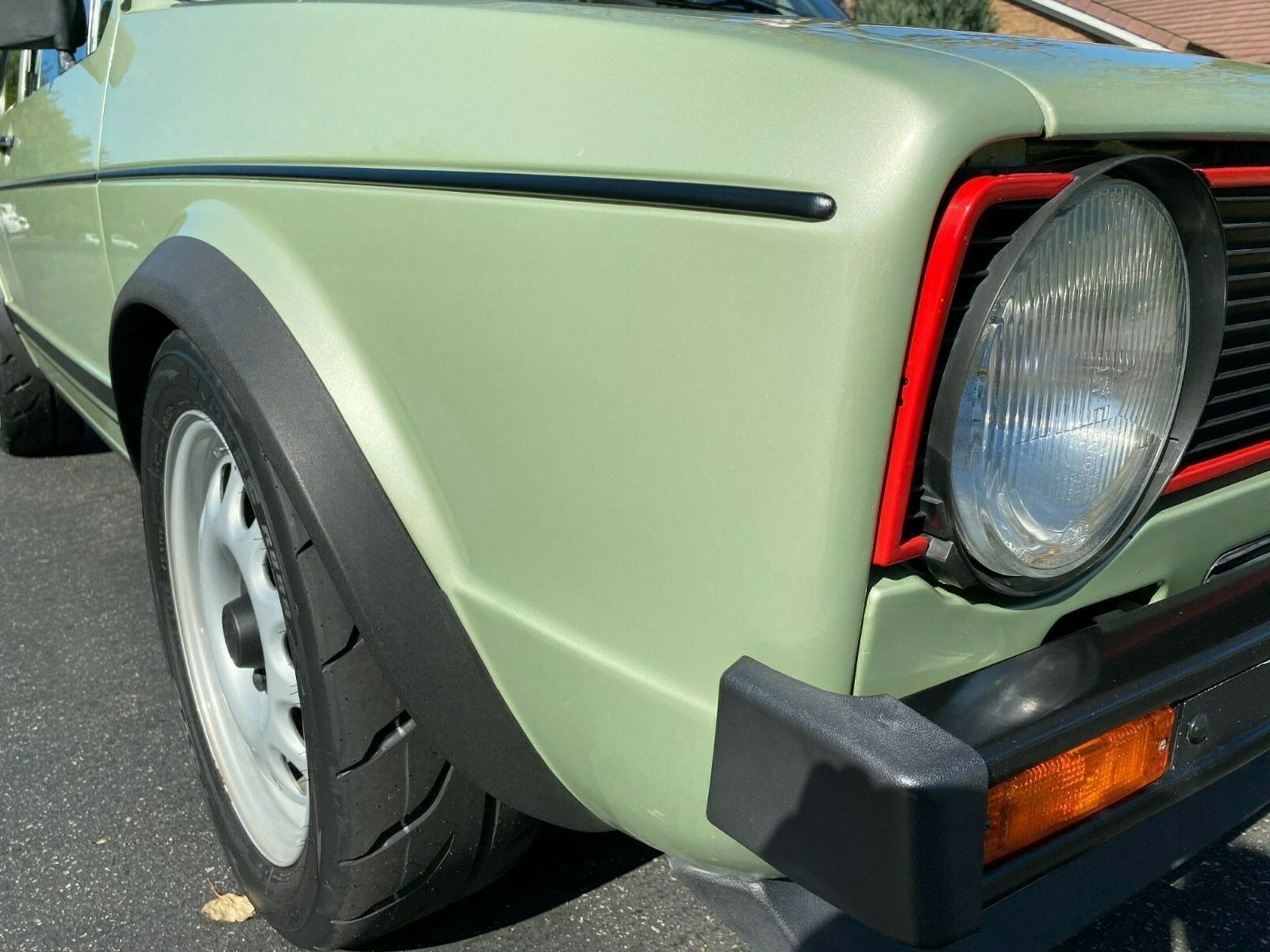 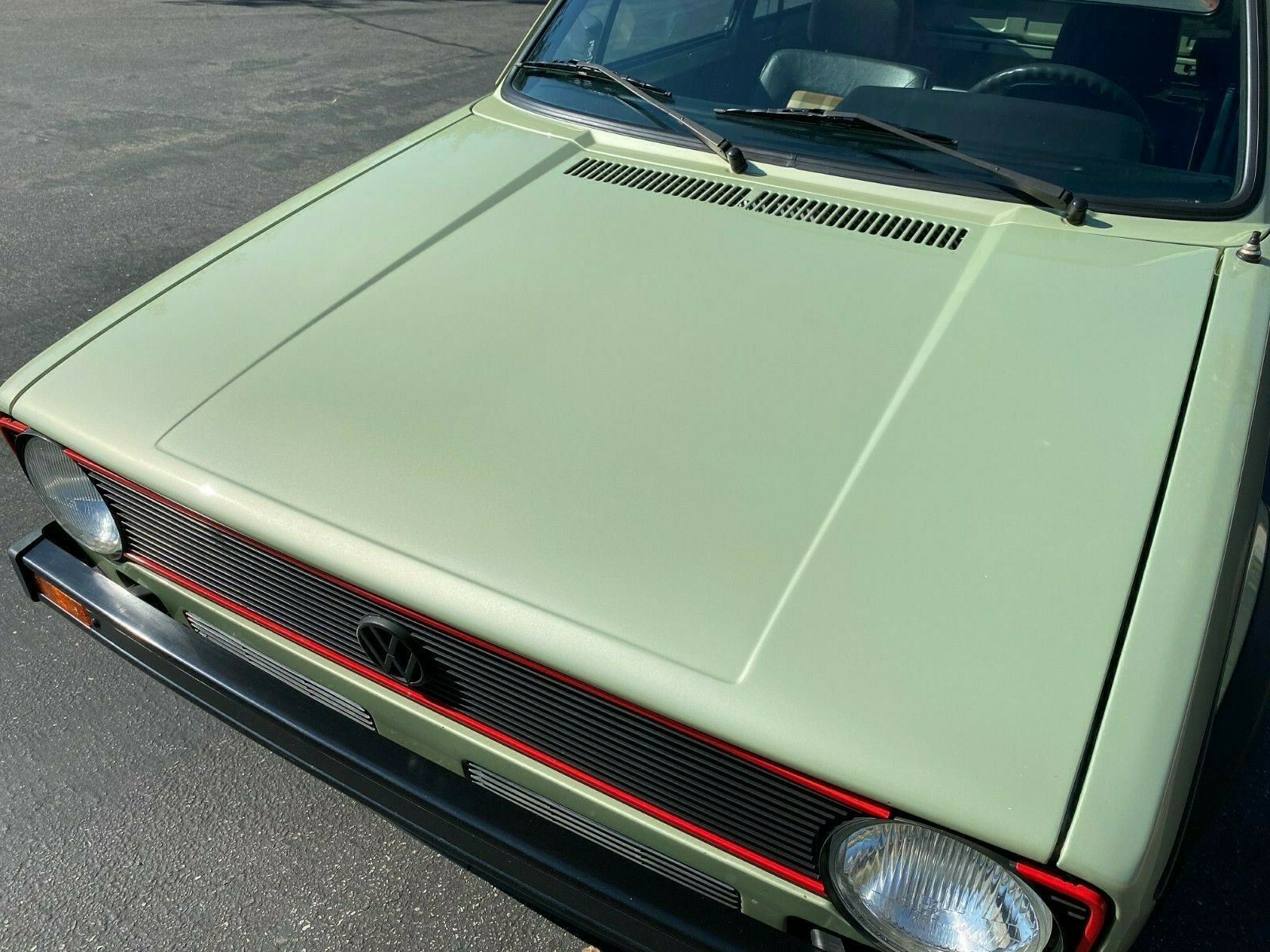 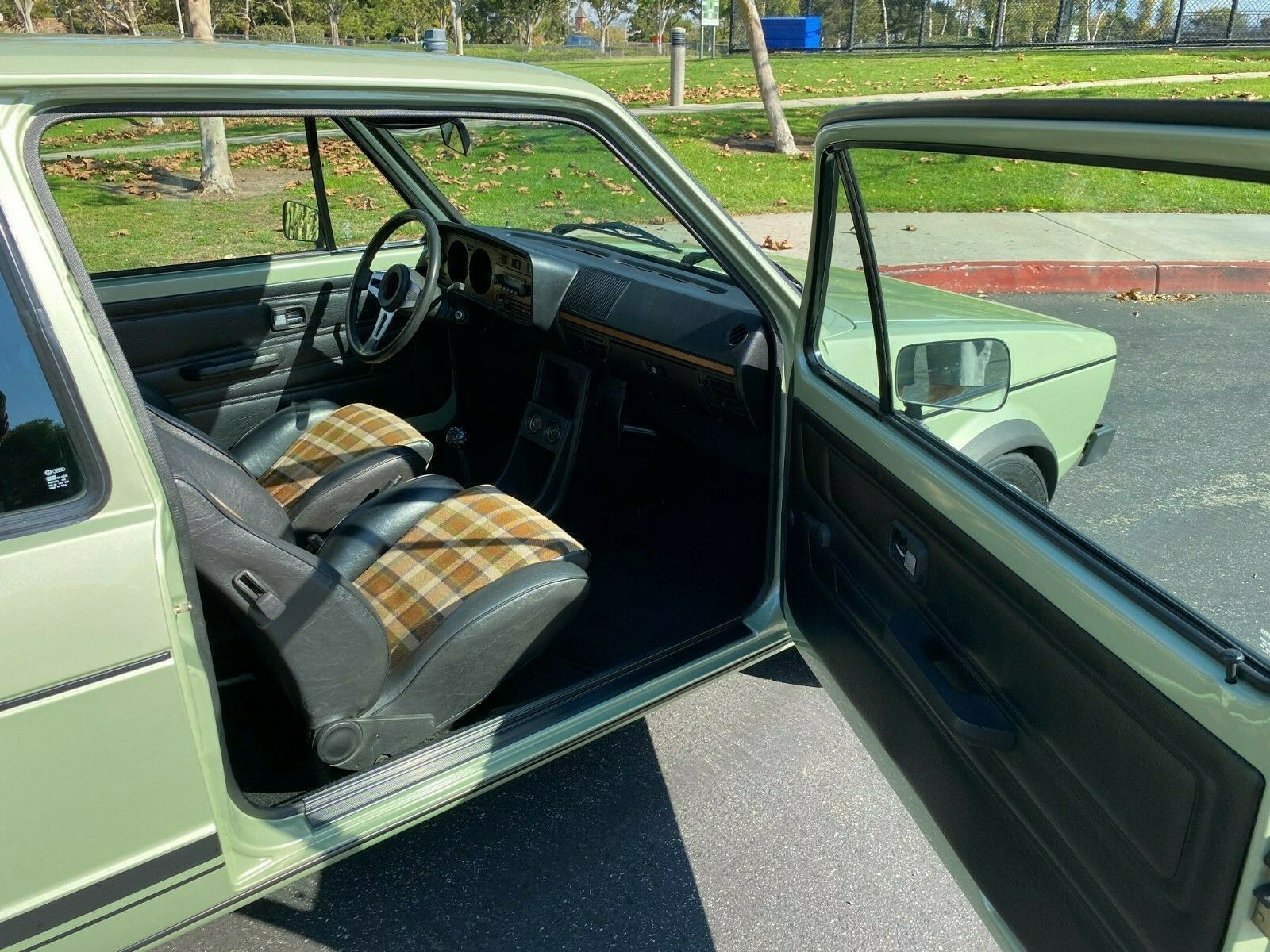 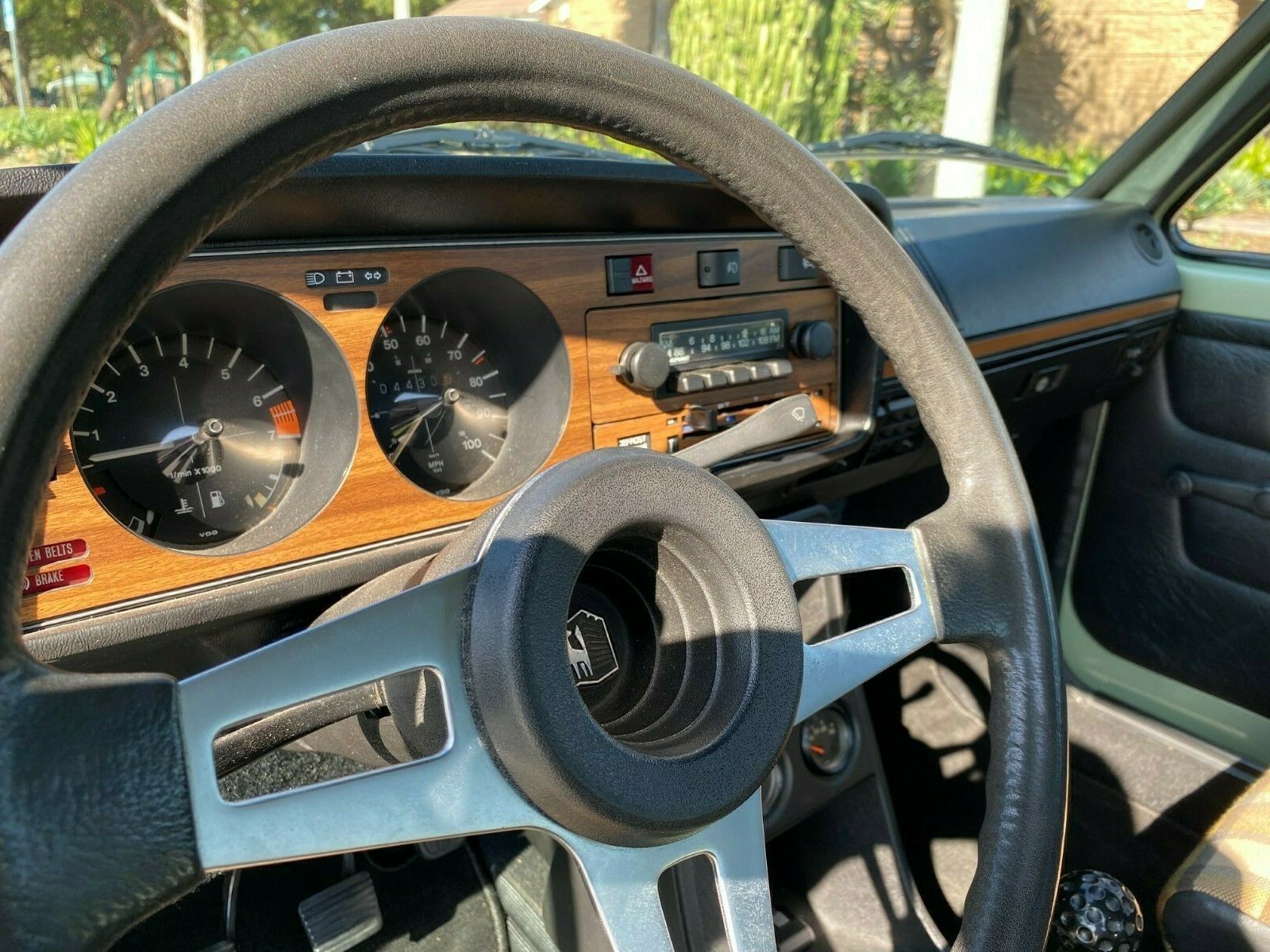 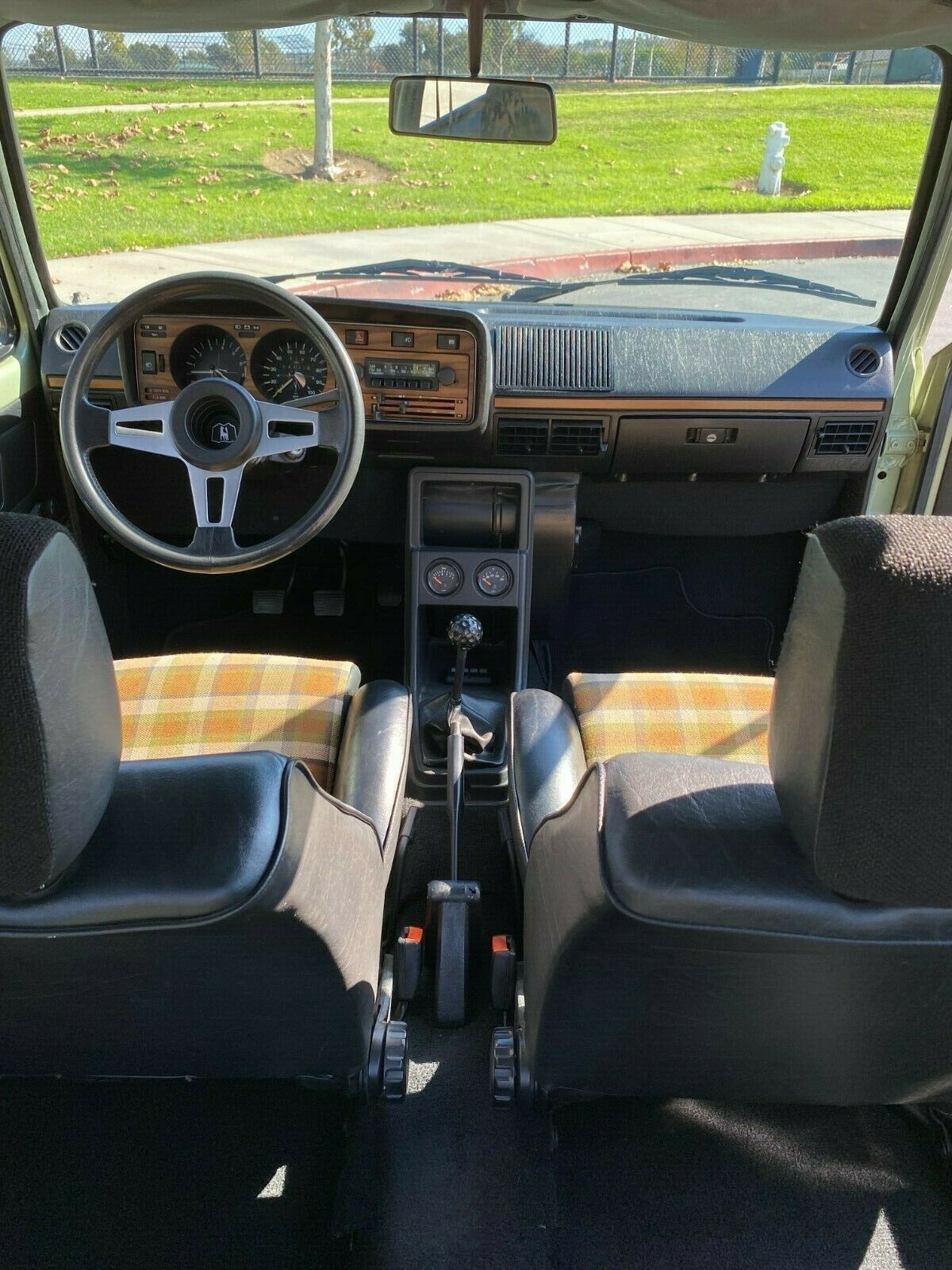 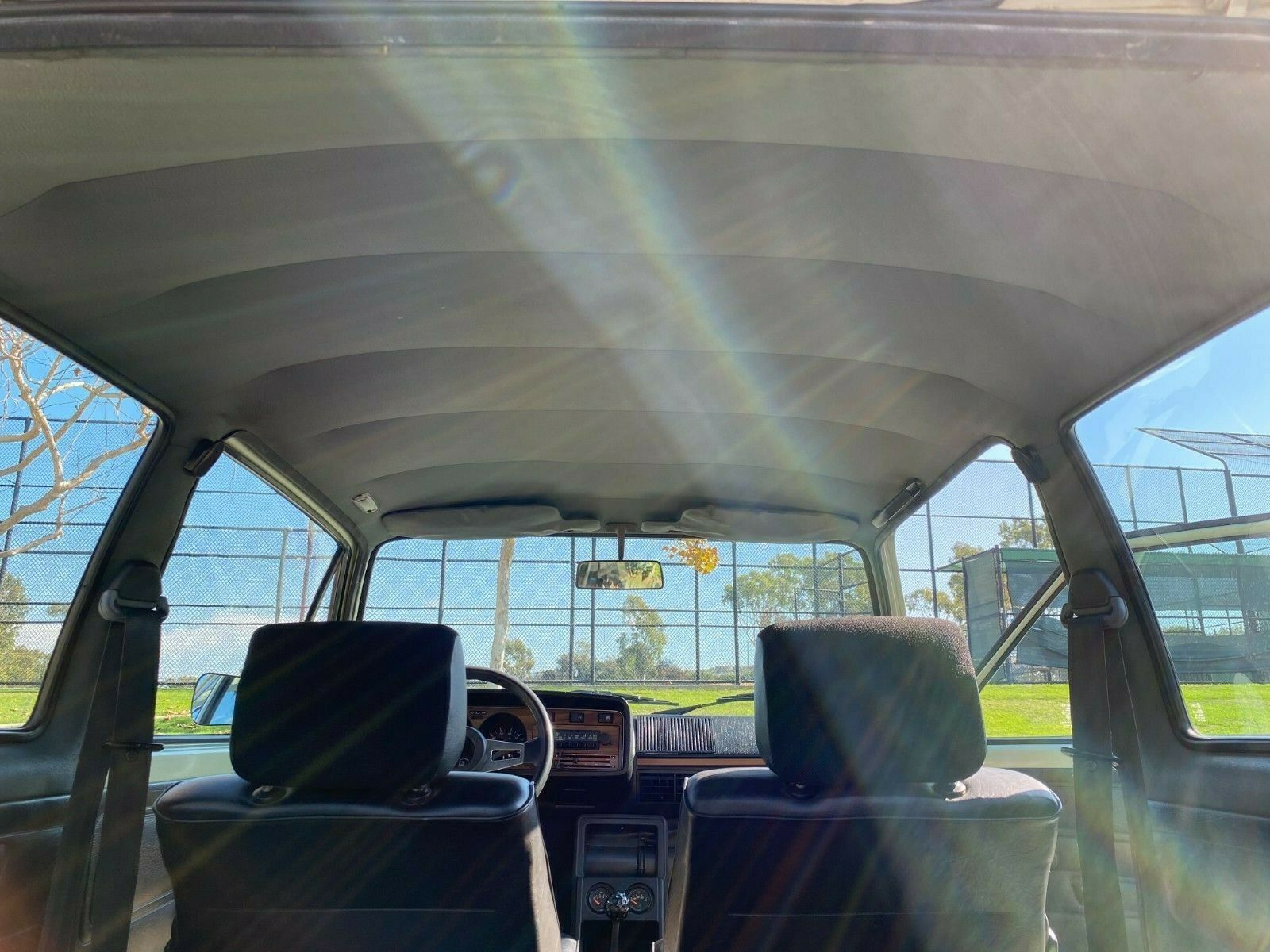 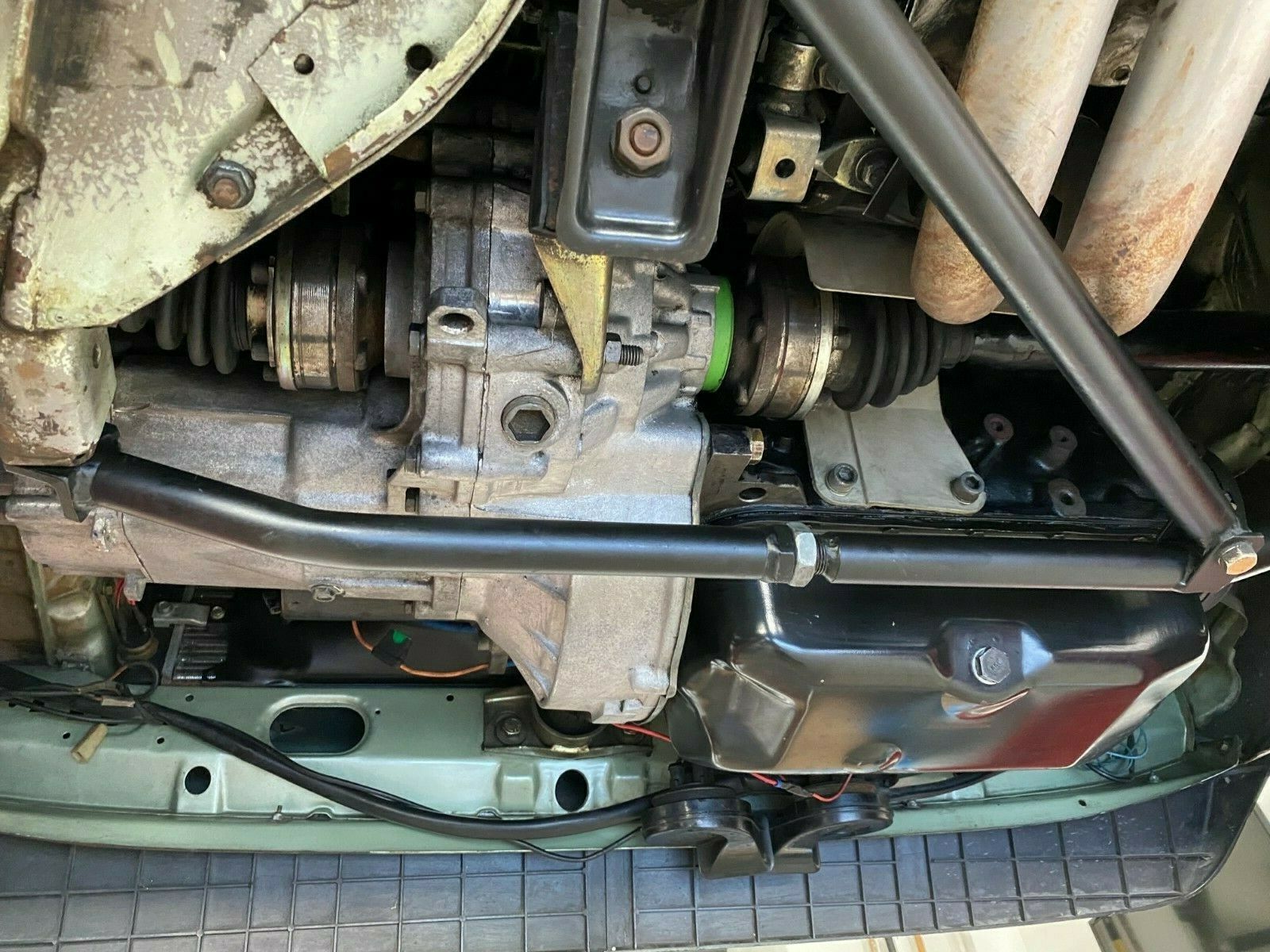 The Golf featured a liquid-cooled, front-engine/front-wheel-drive configuration. The hatchback layout is practical and relatively spacious, and the cabin is fashionable. The Golf also proved that a practical car could be fun to drive, especially in high-performance GTI trim. The VW hatch spawned more than a few copycat designs.

This Rabbit is a well preserved and cared for car. The owner provides a documented history detailing meticulous maintenance and carefully selected upgrades over the years.

This nearly rust-free car has had just two owners since it was first sold it in Southern California. The hatch was under the care of the same mechanic since 1990—and with the same owner for 18 years.

During that time, the owner modified the car with numerous European GTI components, including the front grille surround, bumpers, and a chin spoiler.

The real upgrades are not readily visible from the outside. For openers, the original 71-horsepower, four-cylinder engine is long gone. Instead, a rebuilt 2.0-liter, 16-valve fuel-injected four-cylinder from a Volkswagen Scirocco took its place. The swap doubled the car’s original horsepower. 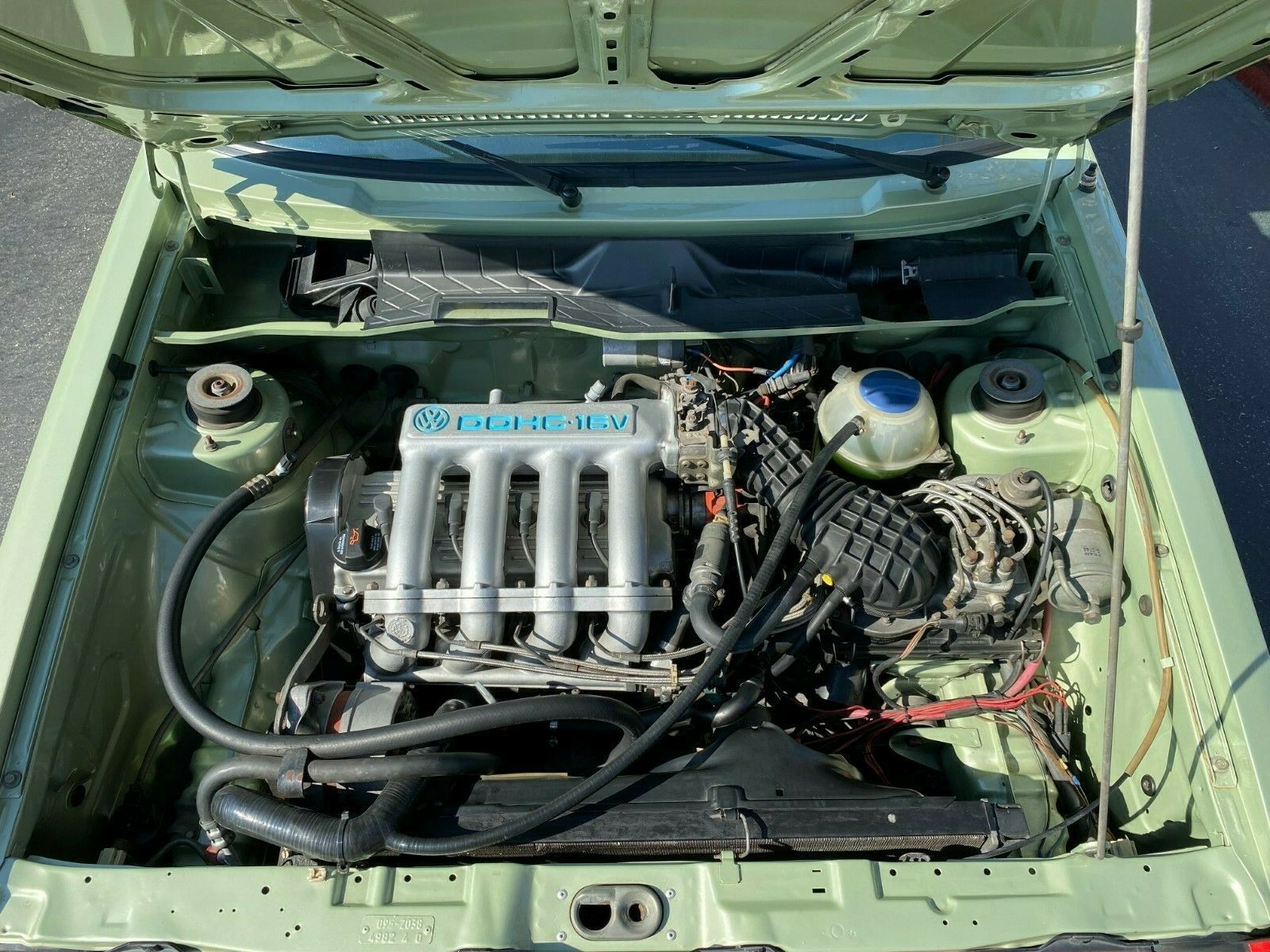 The owner fitted a five-speed manual transmission in place of the original four-speed. And a custom 2.25-inch Techtronics exhaust system uses a low-restriction Magnaflow muffler.

The suspension and brakes were upgraded to handle the extra muscle, starting with H&R lowering springs and Bilstein Sport shocks. New Autotech components include sway bars, a lower subframe crossbar, and a rear strut tower bar. 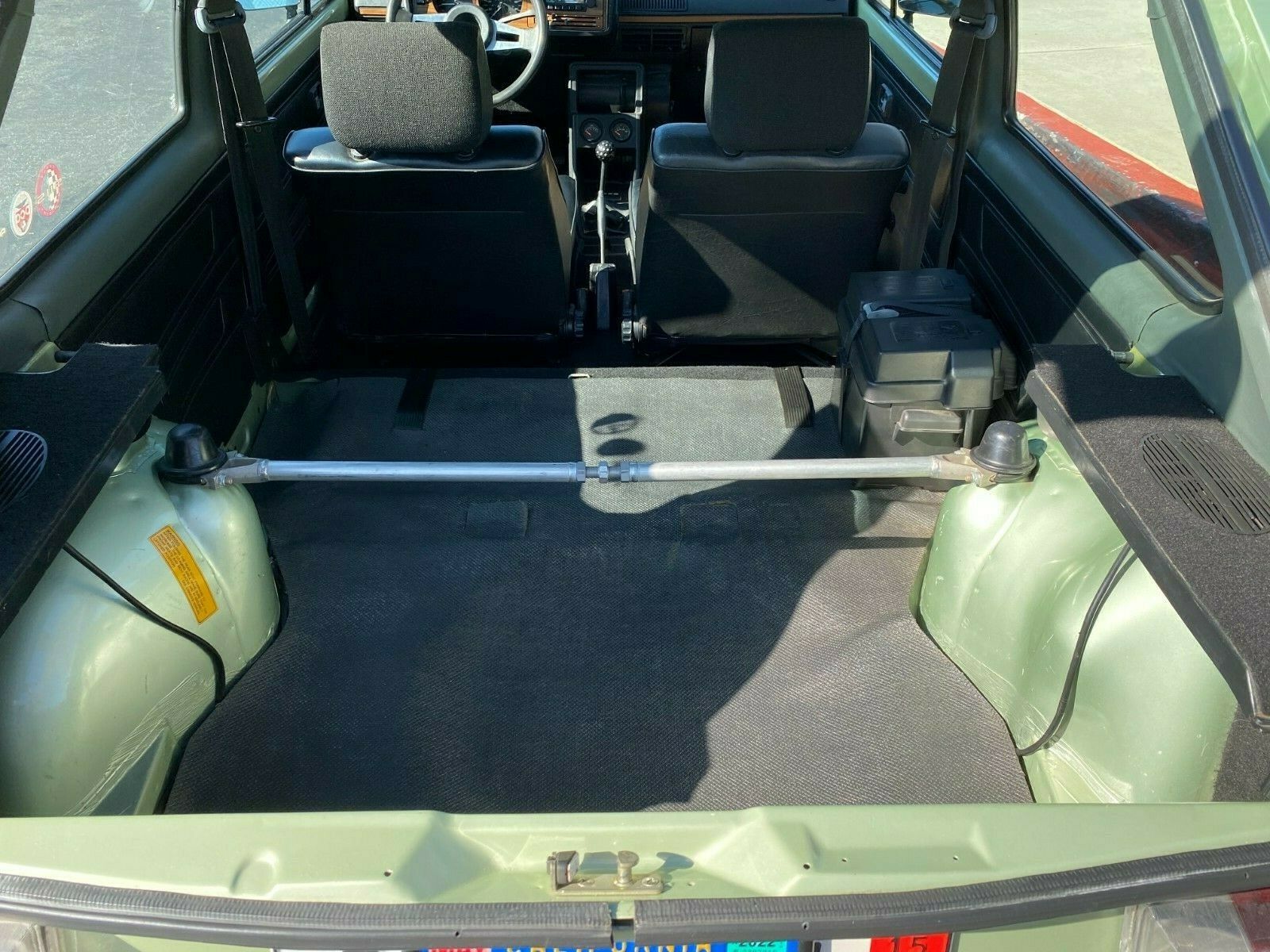 For all its added performance, the car retains a largely stock appearance. It had one 2010 respray in the original Inari Silver. That greenish rare factory color has held up well over the years.

The factory green interior remains, with a new headliner and a dashboard free of cracks. That’s a rarity in Southern California. The front seats were swapped out for brockets from a Scirroco, while the rear seat was removed. It’s in excellent condition and comes with the car. 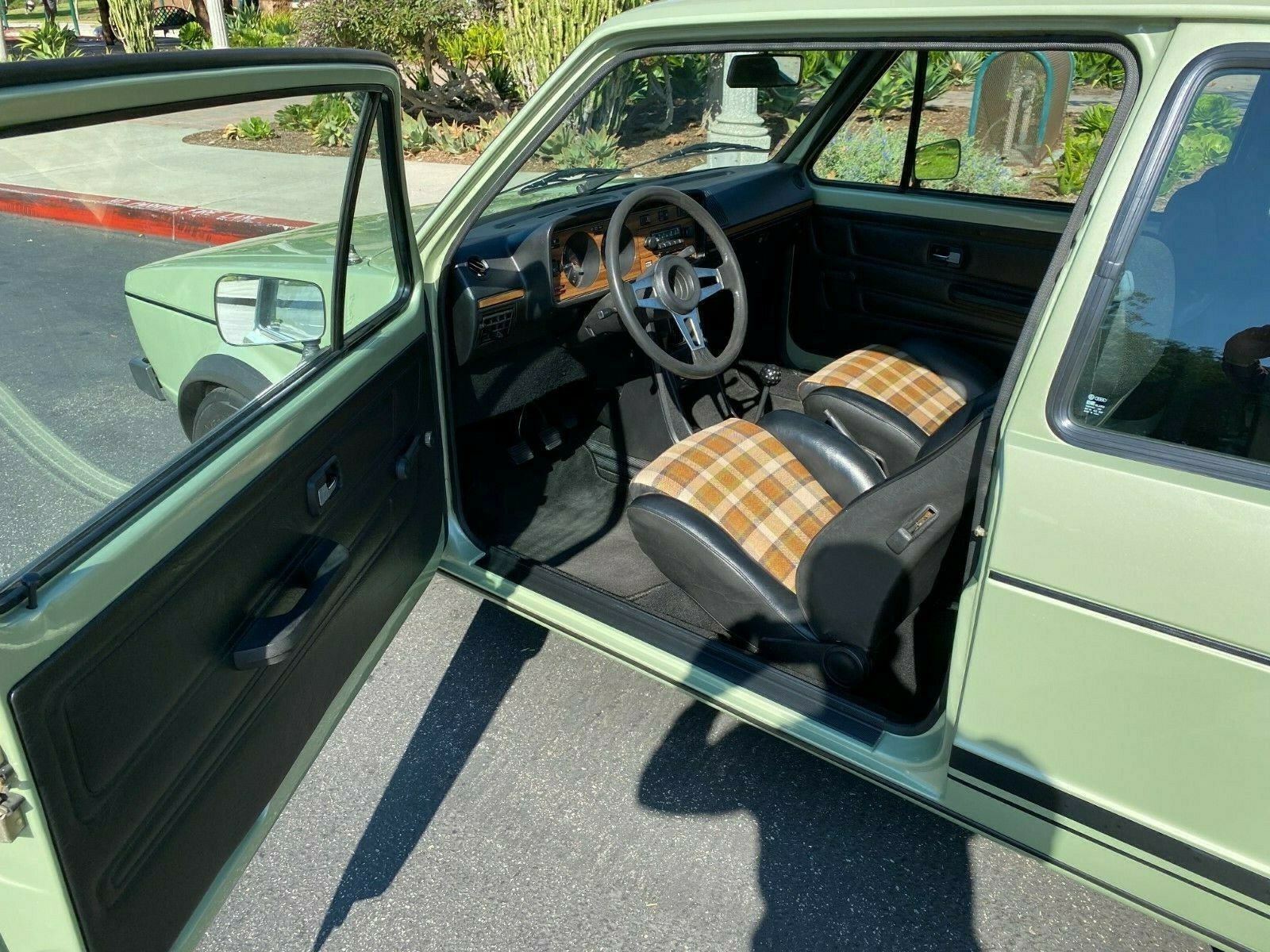 Other mods include a GTI tachometer in place of the original clock. Auxiliary instruments and GTI door panels—and an aftermarket steering wheel and shift knob—complete the look.

This fully sorted and detailed GTI tribute represents the peak of first-generation Rabbit performance. It would be nearly impossible to recreate for the $26,990 Buy-It-Now price.

Jim Travers is a lifelong gearhead. A classic car enthusiast and collector, Jim is a regular judge on the car show circuit and is author of the Smithsonian Institutions book, “Extreme Cars." His work has appeared in Automobile, Autoblog, BBC Autos, Car and Driver, Cars.com, Car Talk, Consumer Reports, and Hagerty. He lives in Duxbury, Mass., a town known for its beach and its dump. Jim can often be found at one or the other.