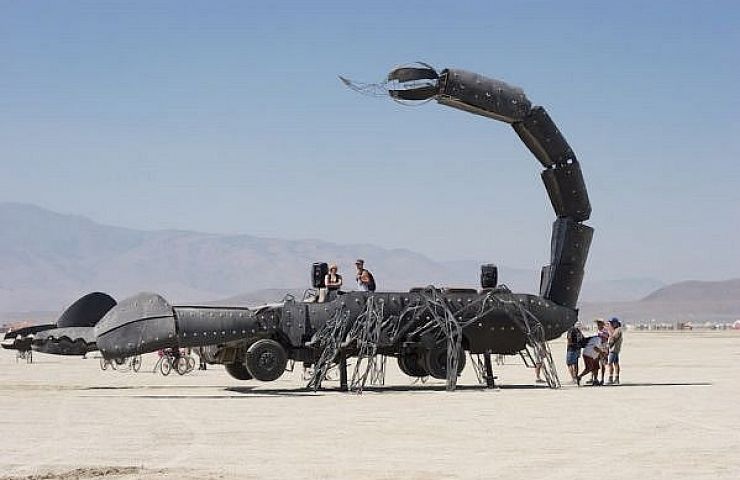 Burning Man is the famous annual free-spirit gathering that takes place in the middle of the Nevada desert. The event, in which tens of thousands of people celebrate self-reliance and self-expression, features some of the world’s most outlandish vehicles—none more iconic and iconoclastic than the 55-foot Scorpion art car now listed on eBay Motors. 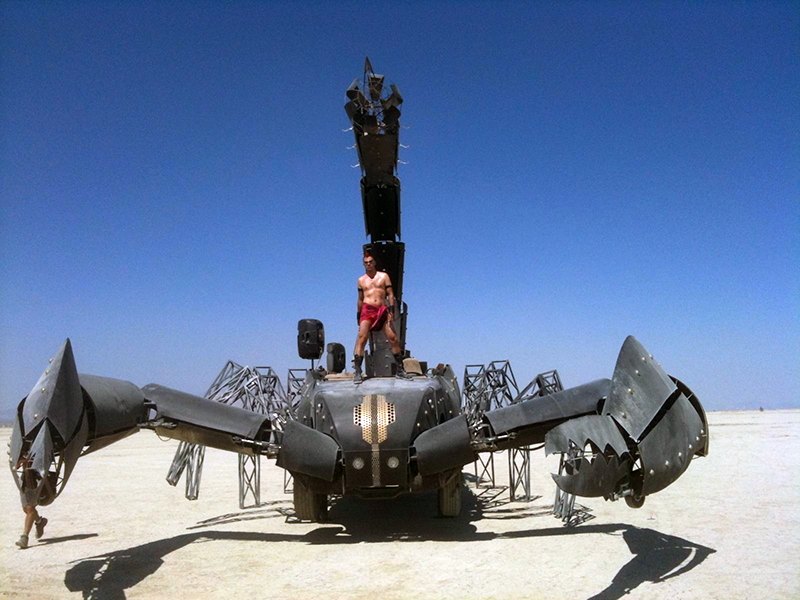 The flame-throwing Scorpion-mobile is built on the chassis of a 1991 International 4900 boom truck. The highly customized high-tech vehicle was painstakingly produced in 2011 as an exact large-scale replica of a female emperor scorpion. Twenty-one hydraulic actuation points—adapted and customized from the truck’s original hydraulic system—make the arms, legs, tail, and claws move in a “sinister spider manner,” according to Kirk Jellum, who designed and led the project to build the art car. 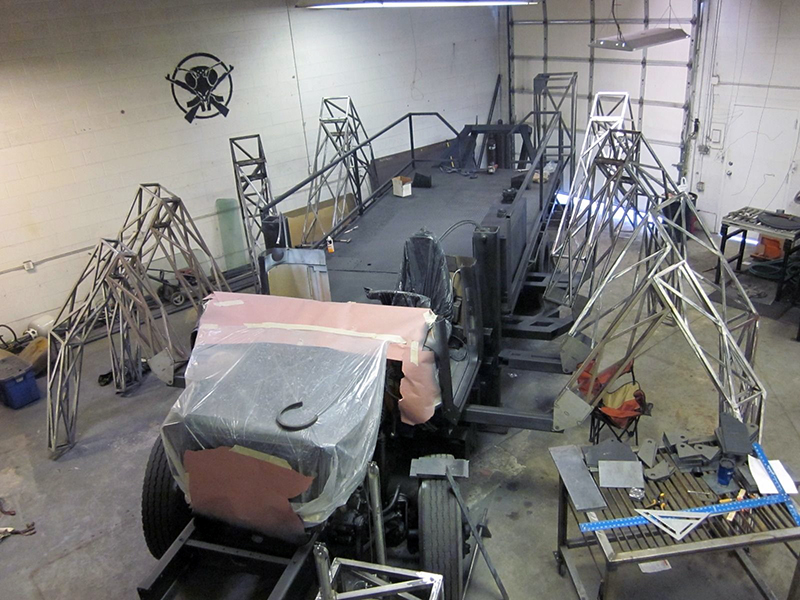 The construction of the Scorpion was a technical feat of epic proportions. Jellum is a semi-retired aerospace engineer based in Salt Lake City, Utah. He spent most of the past decade helping to design and build the James Webb Space telescope—the replacement to the Hubble. In a previous art car project, he led construction of a mammoth praying mantis.

To control the height of the Scorpion’s 16-foot arms, allowing them to extend up in the air as if in attack mode—while preventing them from snapping off when the vehicle is moving over rough terrain—Jellum had to dampen vibration using 8,000-pound industrial air bags. “Figuring things out is what I do,” he said, an approach also taken to lift the entire Scorpion body two feet off the ground and thus allow all eight legs to freely move. 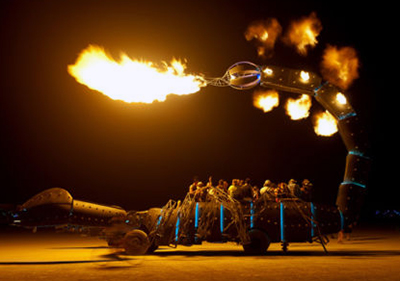 A 50-gallon supply of propane, and another 35 gallons’ worth of accumulator tanks, provide the fuel for the seven-point computer-controlled flame effects on the tail. “We have some of the best flames at Burning Man,” Jellum said. He added that safety was a major requirement of the project, because it’s a big task to safely put power, propane, flame effects, LED color-changing lights, and a loud sound system,  into motion—while transporting 25 people on board. “It’s a mobile party,” he said.

The Scorpion vehicle is obviously not street legal. It has to be transported on a semi truck—to carry the oversize load due to the 11.5-foot width of the vehicle. 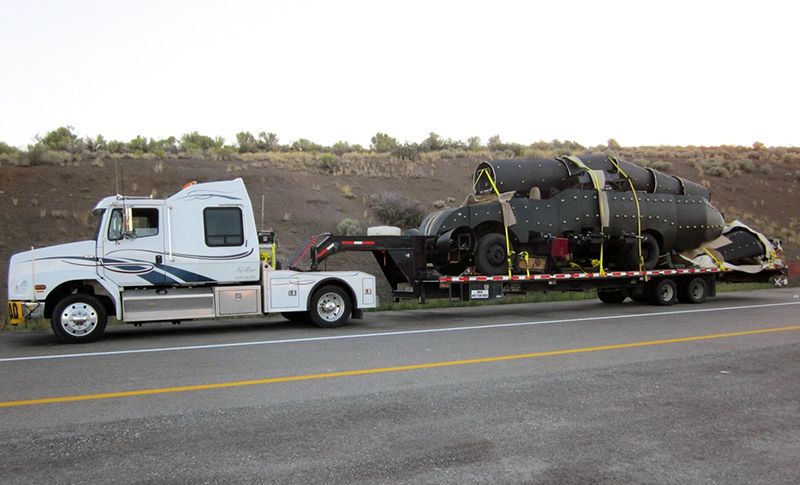 Once at an event, the Scorpion can be assembled over the course of a day by a crew of six people. Jellum said that it’s not uncommon for camps at Burning Man to require 50 or 100 people to set up. 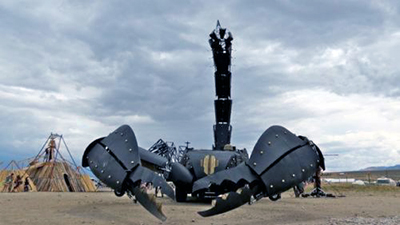 The sale of the Scorpion art car includes full training on how to setup and run the vehicle, which can take place at Burning Man 2016, slated to start on Aug. 28. After Burning Man, you can transport the Scorpion home or to your next party, music festival, or gathering of apocalyptic self-expression.

“Owning and driving the Scorpion has changed our lives in ways we never anticipated,” writes Jellum in the eBay listing. “It has opened doors, drawn in fascinating people, and made us feel things we’ve never felt. It has truly been one of the highlights of our lives.” 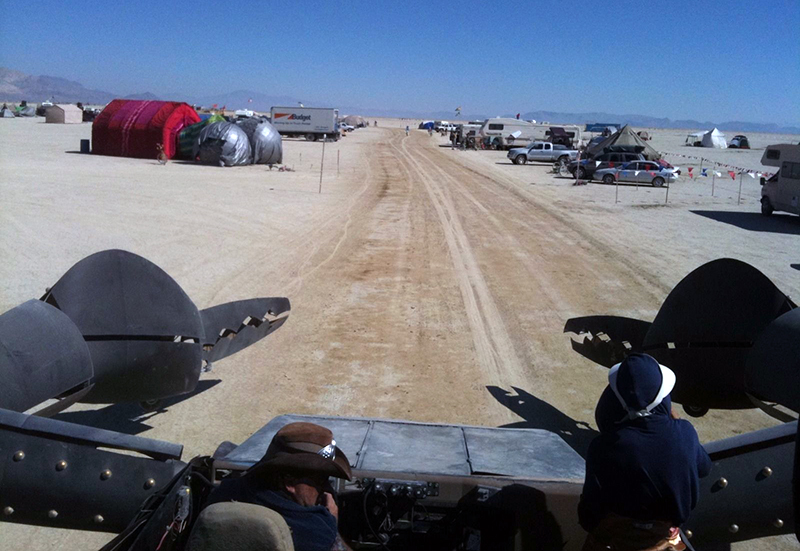 Approximately $225,000 was invested into the original creation and enhancement of the Scorpion vehicle. The starting bid on eBay for the turnkey art car is set at $50,000.

Tell your friends:
People Who Read This Post Also Viewed

Bradley Berman is a leading writer and researcher about electric cars and green transportation. He regularly contributes driving reviews and technology articles to The New York Times, Fortune, MIT Technology Review, Popular Mechanics, and other publications. 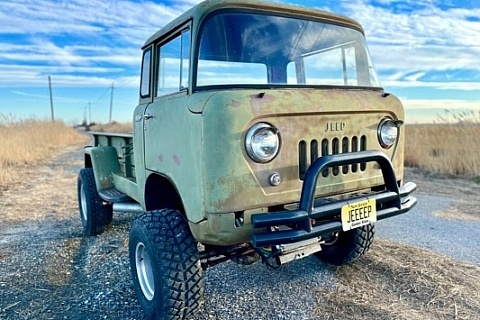 The 1957 Jeep FC is genuinely roadworthy and packs 400 horsepower. Its 327 cubic-inch small-block... 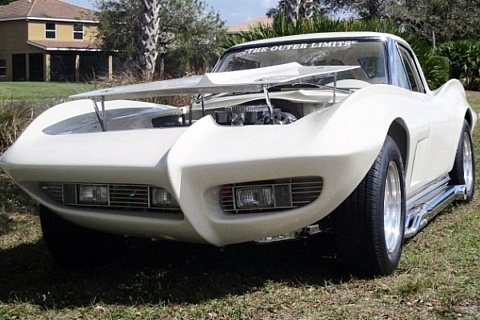 Asymmetrical “Outer Limits” Corvette Is For Sale on eBay

The ’63 split-window Corvette is not symmetrical. The off-kilter design was modified by long... 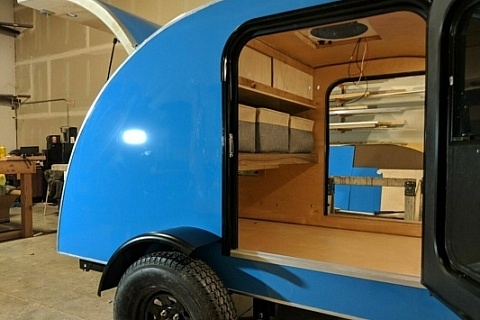 eBay provides a wide selection of egg-shaped campers that can be used as a backyard office. 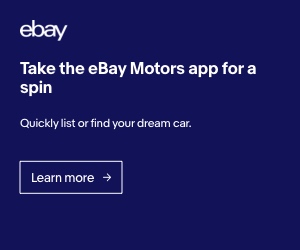