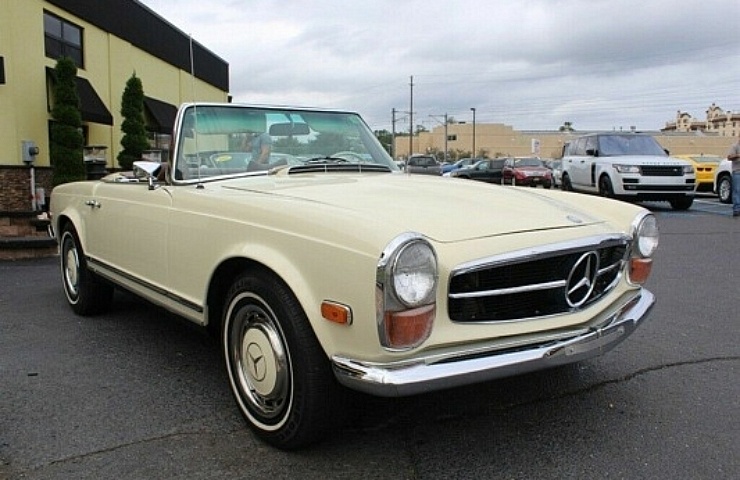 The two-seater Mercedes-Benz 280SL represents the pinnacle of the “Pagoda.” That’s the nickname given to the model based on its concave hard top, which is reminiscent of the curved roofs of Far Eastern temples. 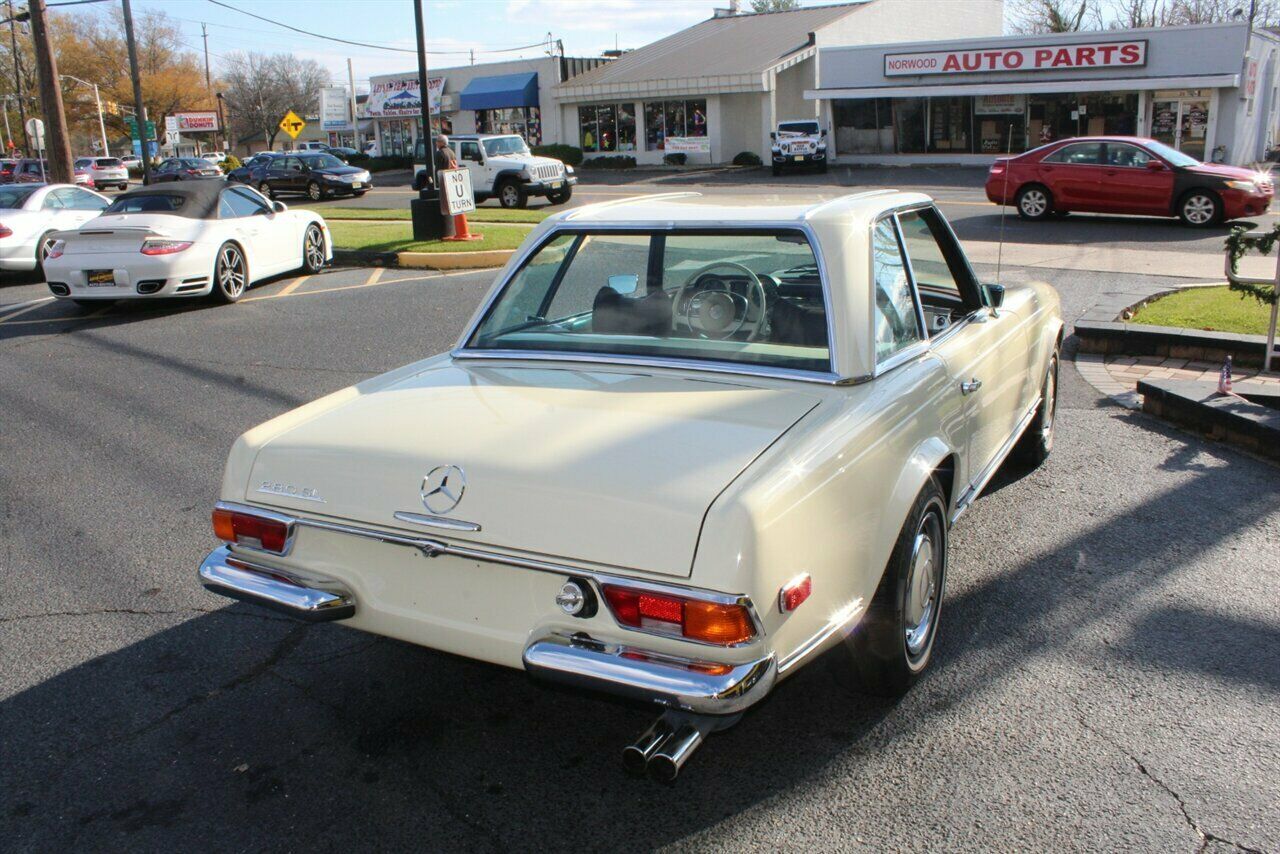 eBay has hundreds of SLs for sale. But the recent stand-out example is a 1970 280SL that was owned by Roger Waters of Pink Floyd. He probably only used it in the US, as it’s in American spec with a left-hand drive. Also, the odometer shows just 4,497 miles of use. 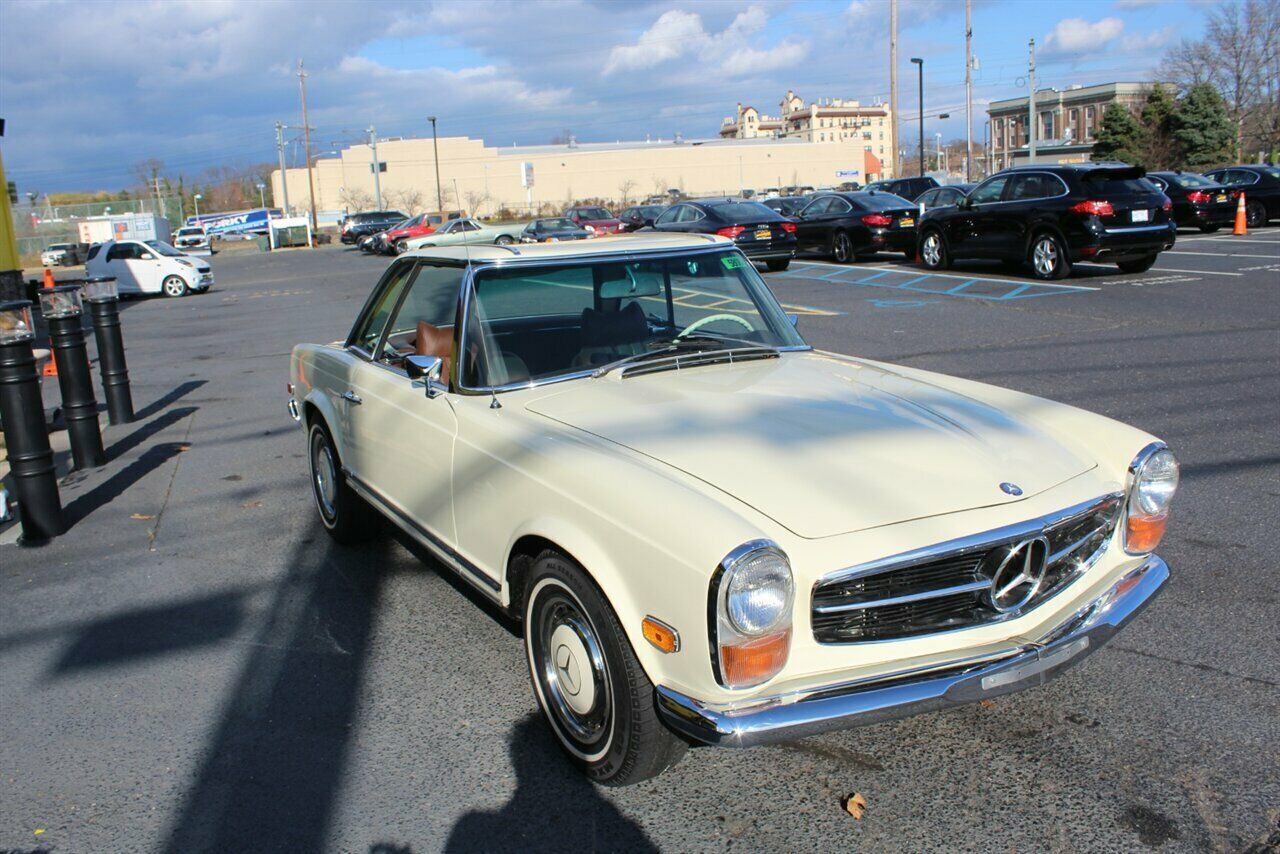 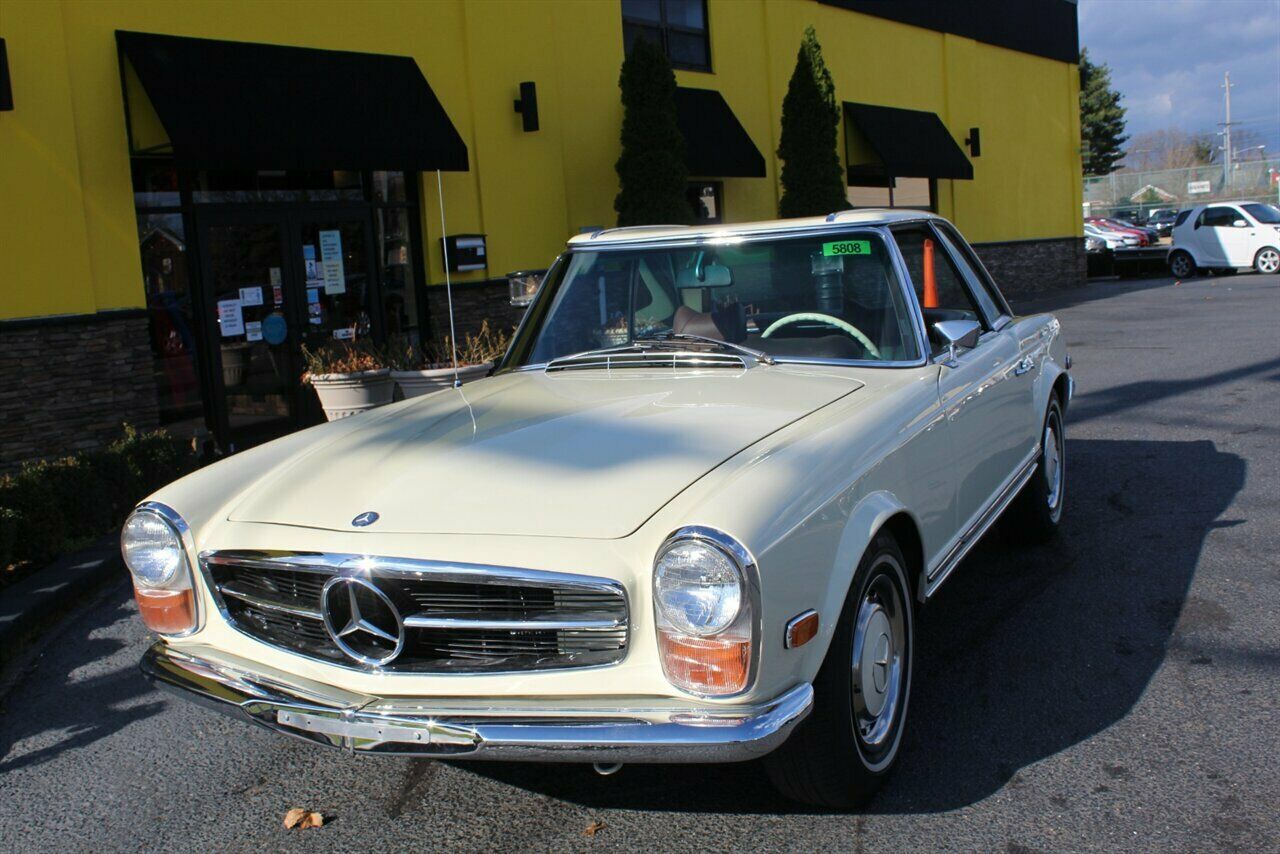 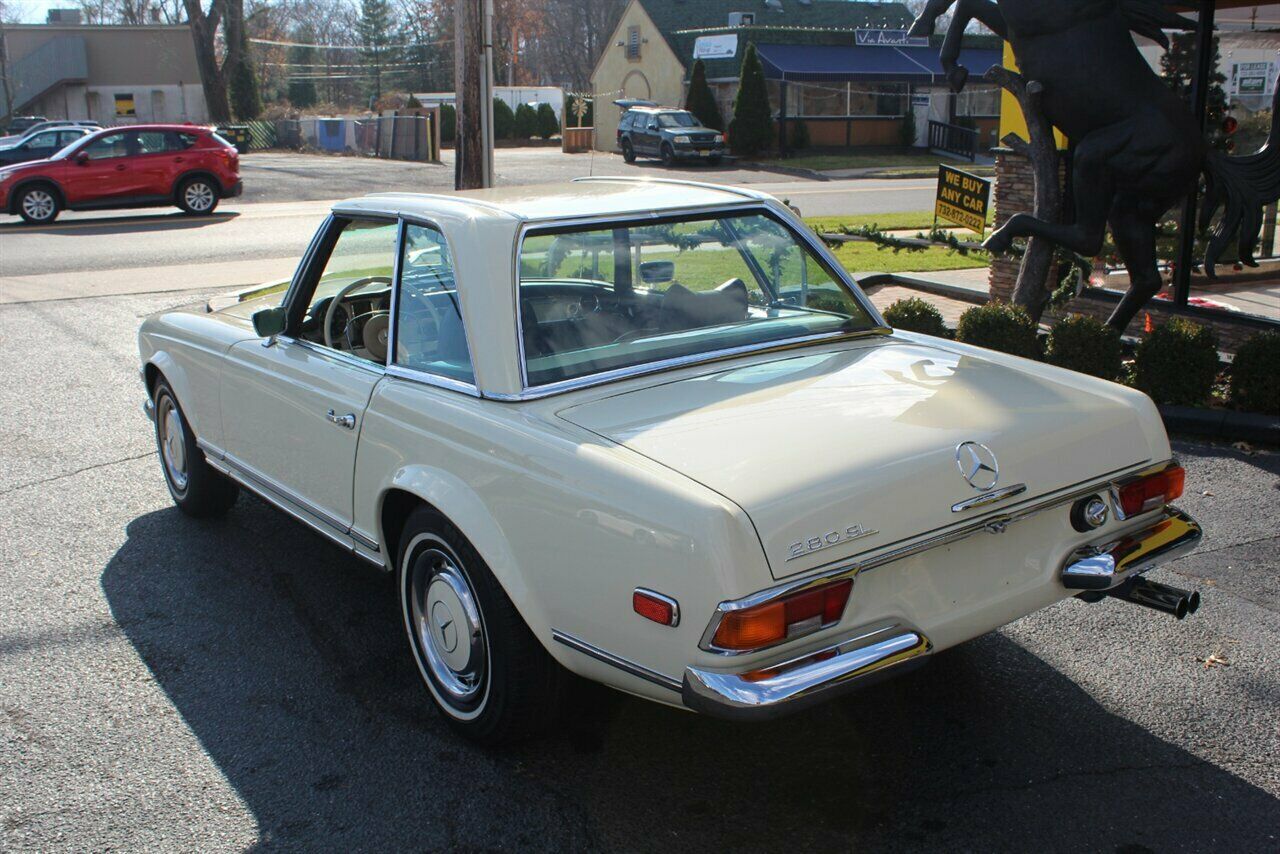 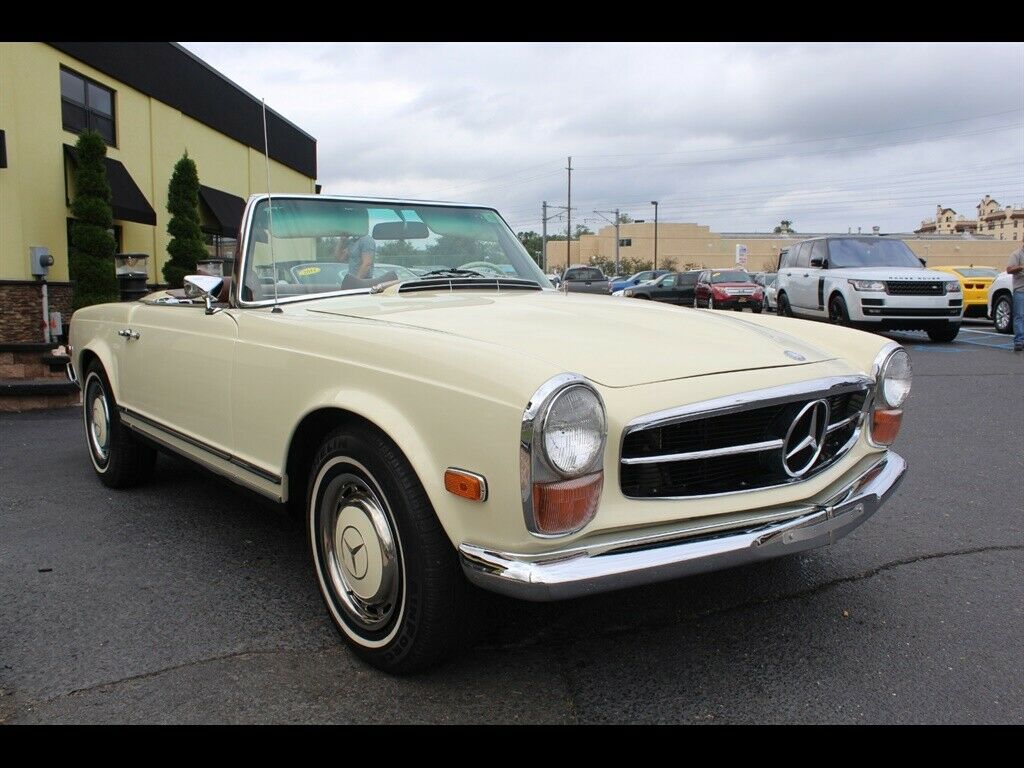 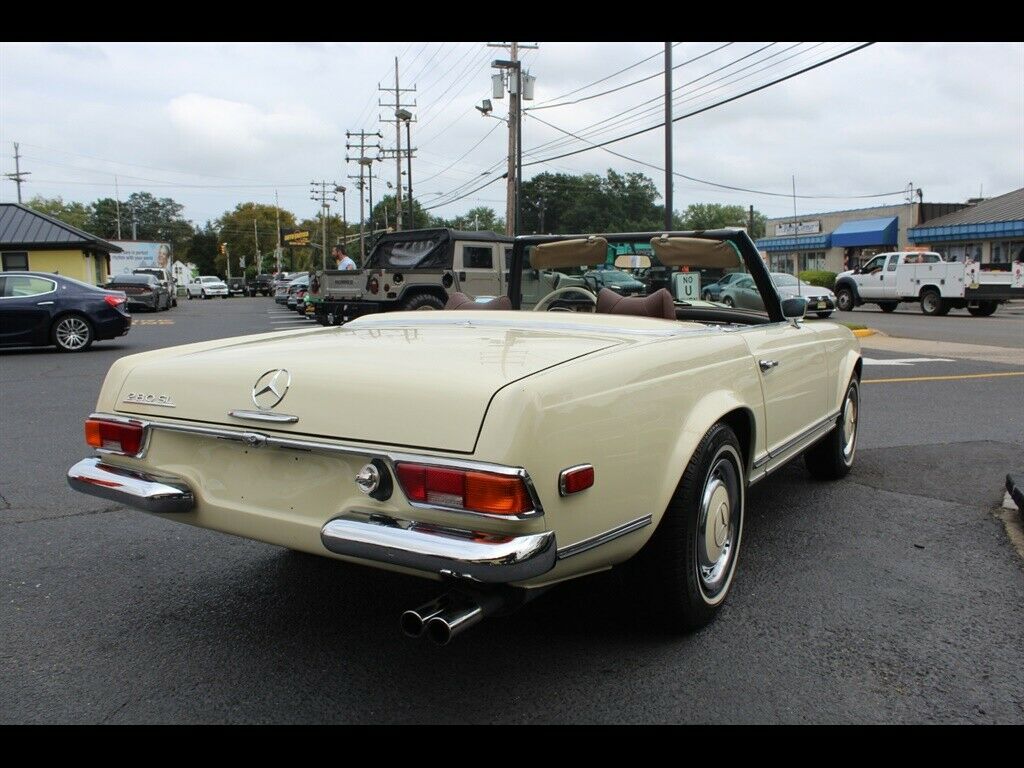 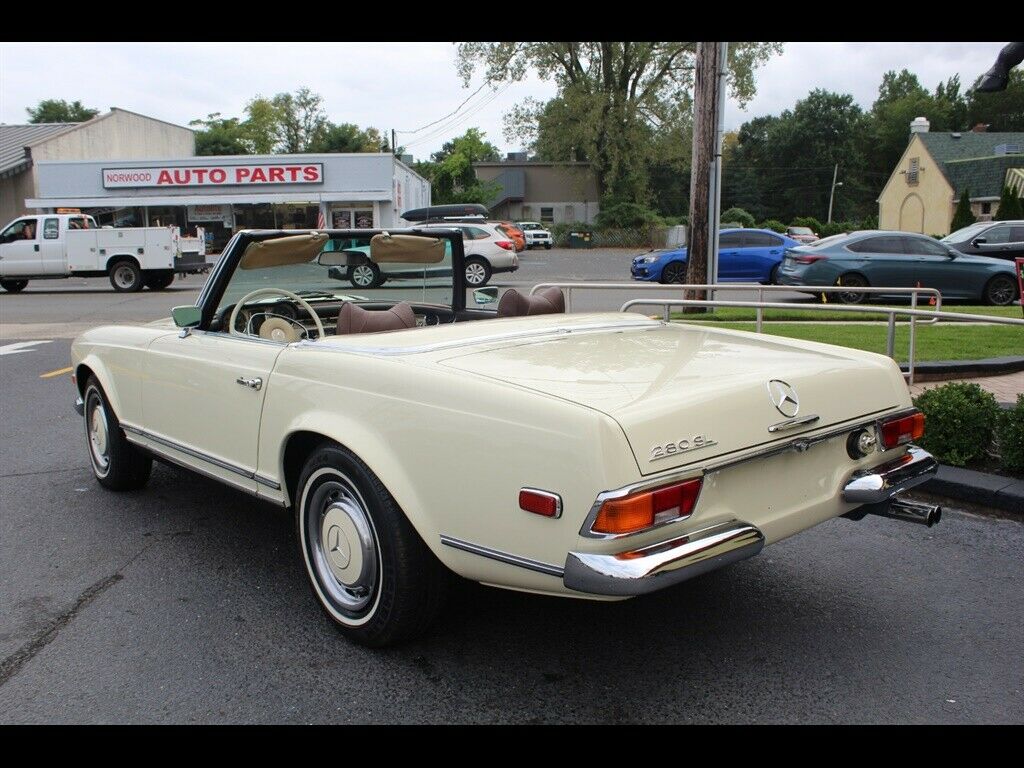 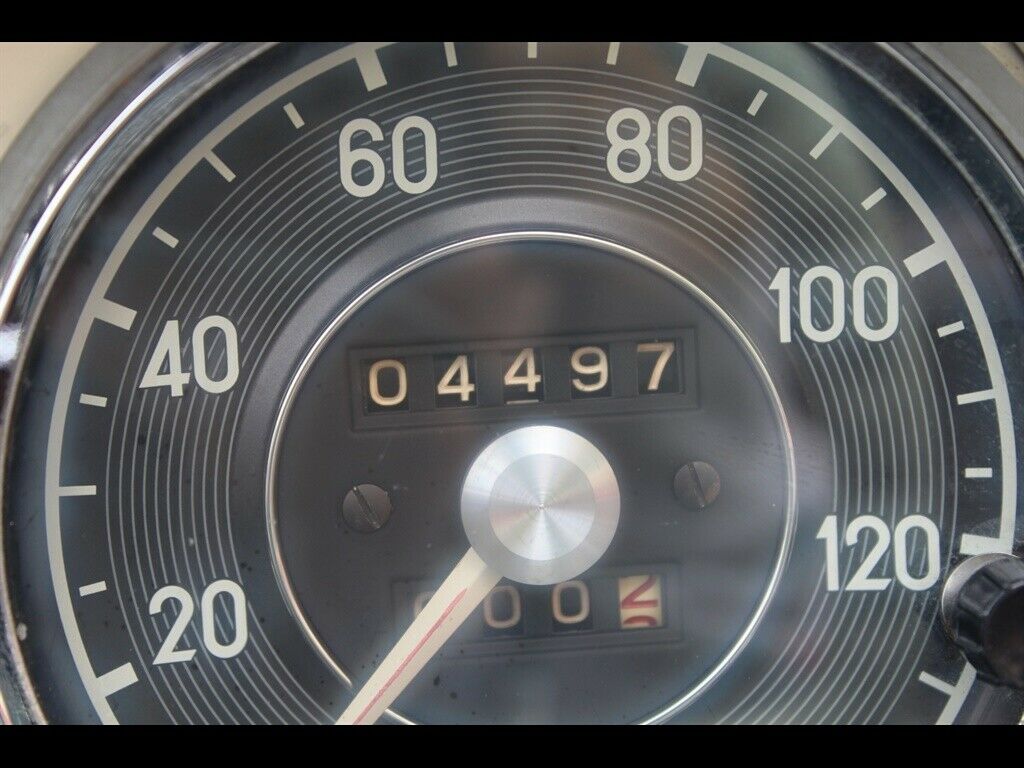 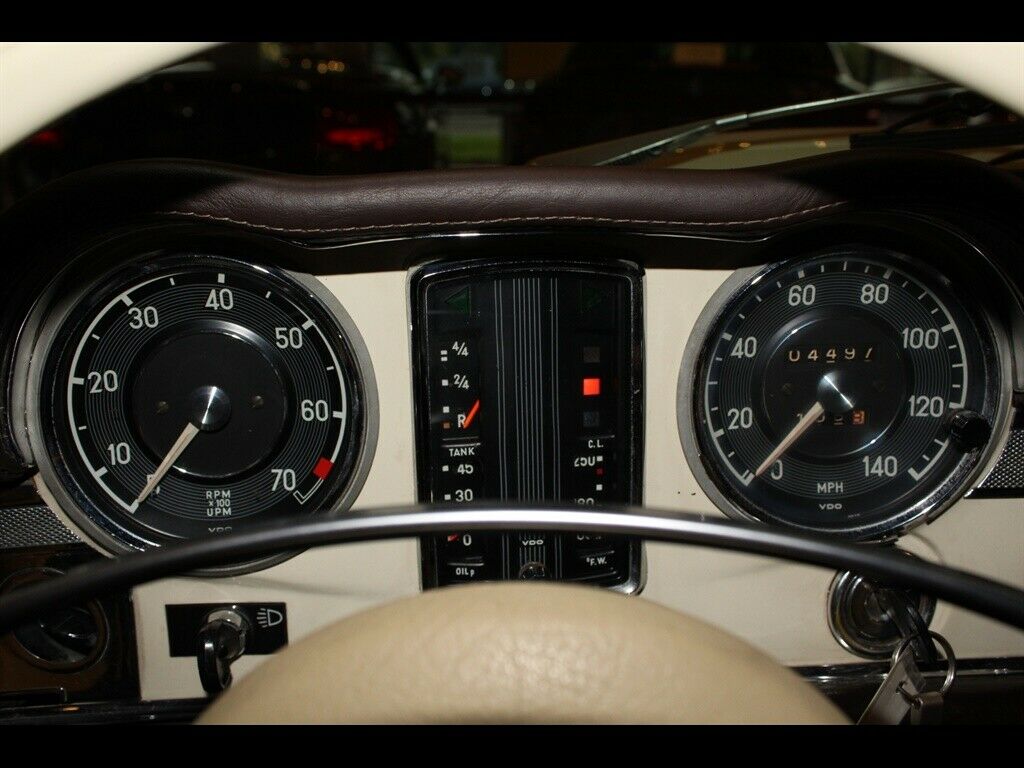 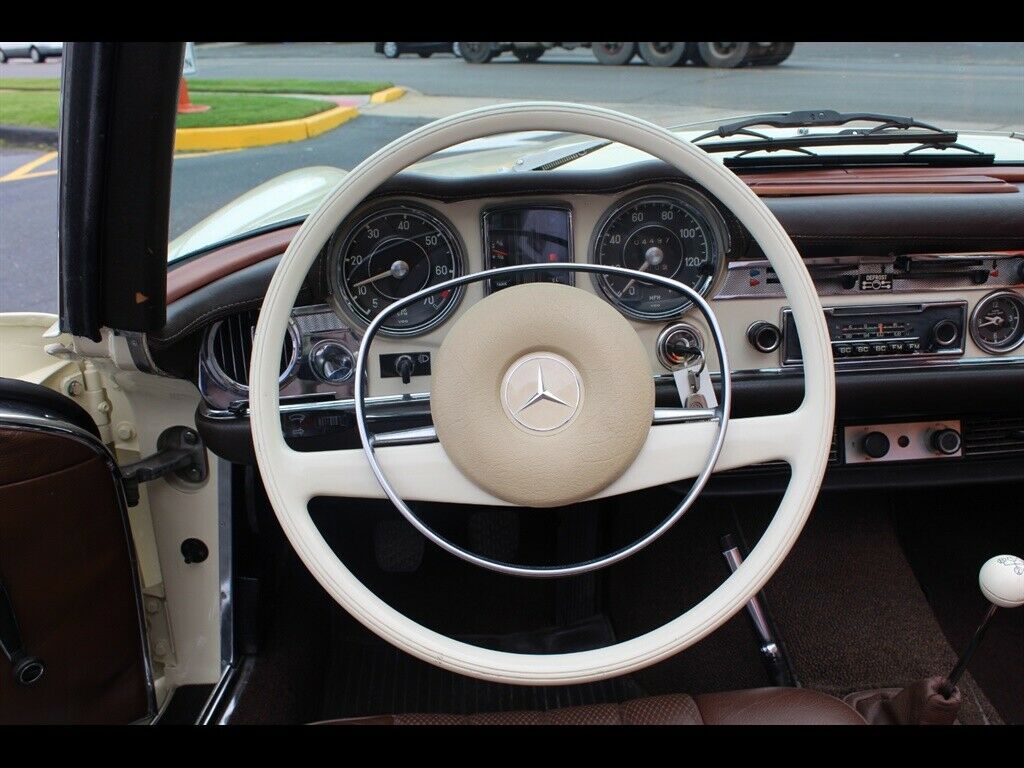 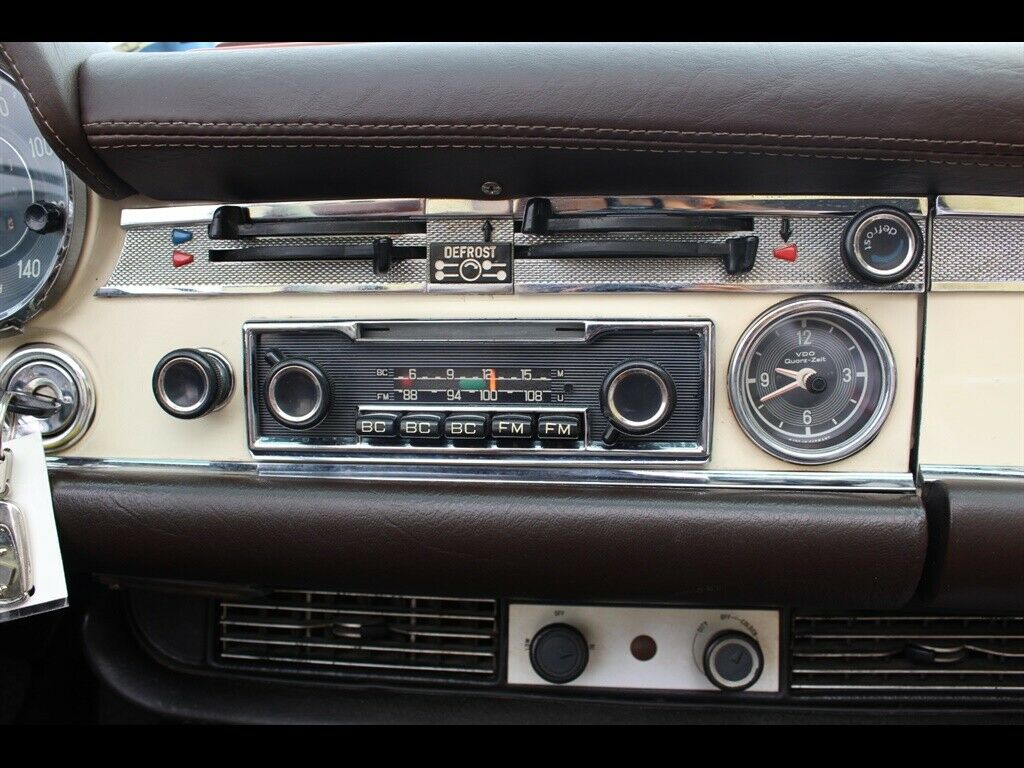 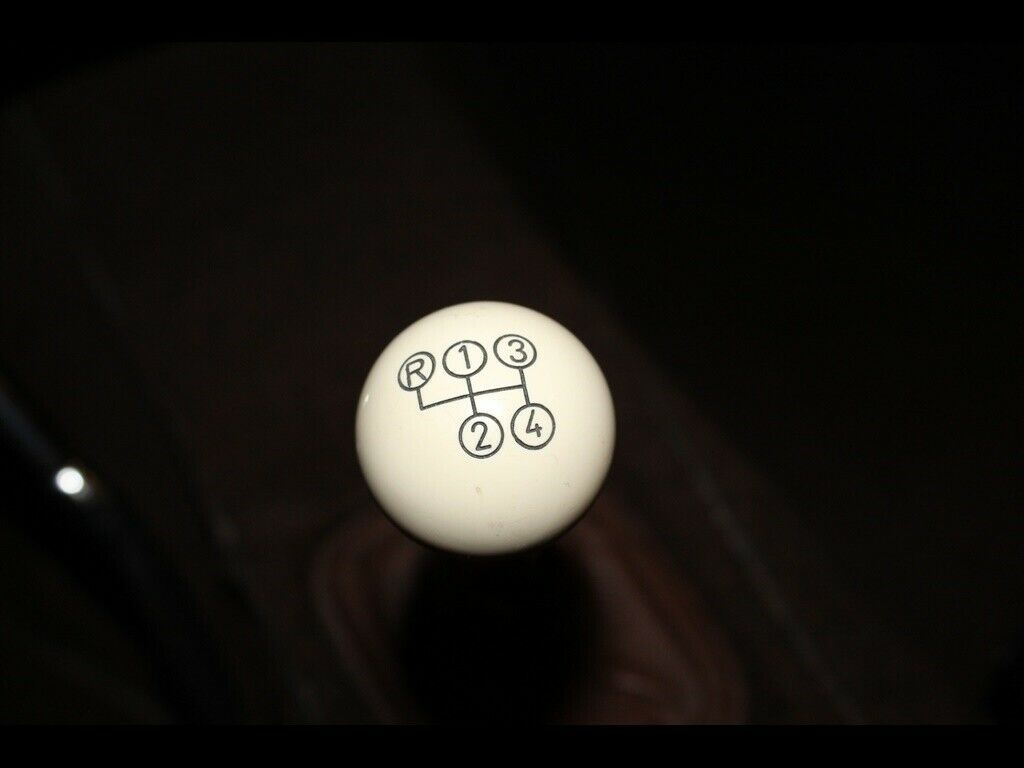 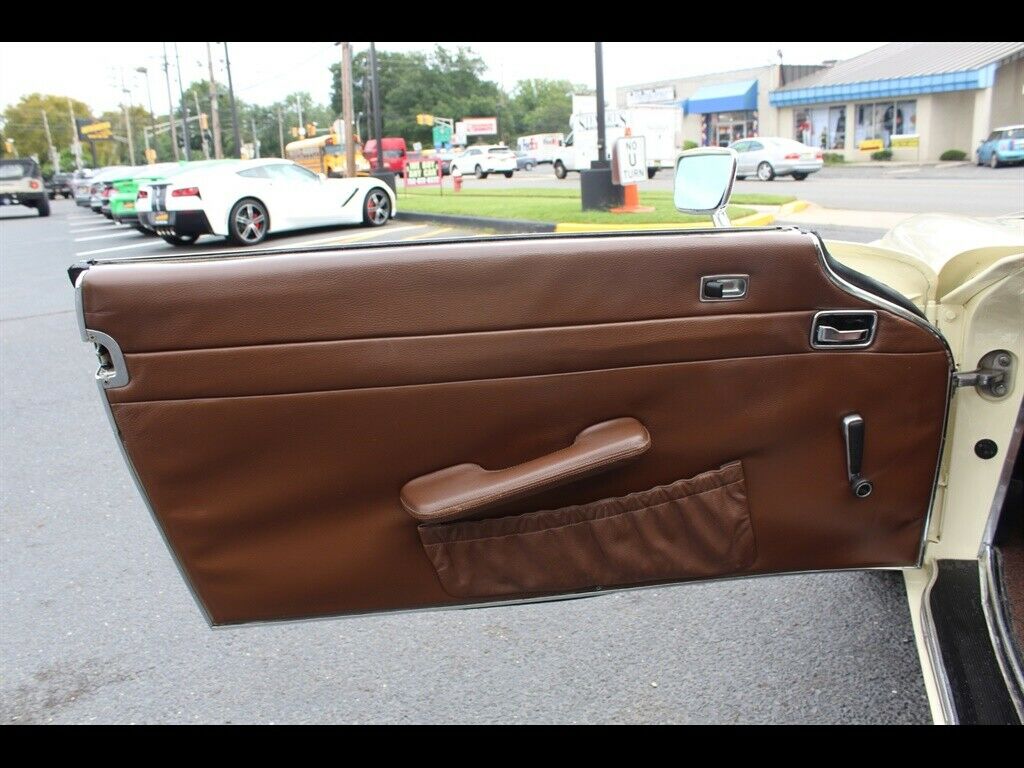 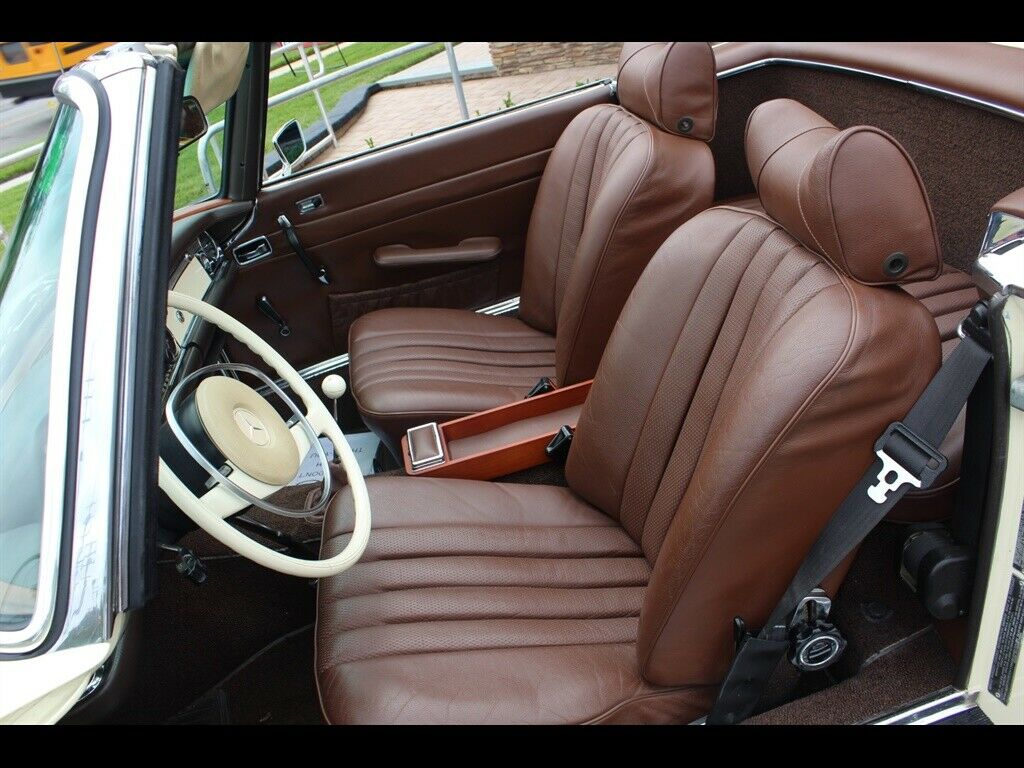 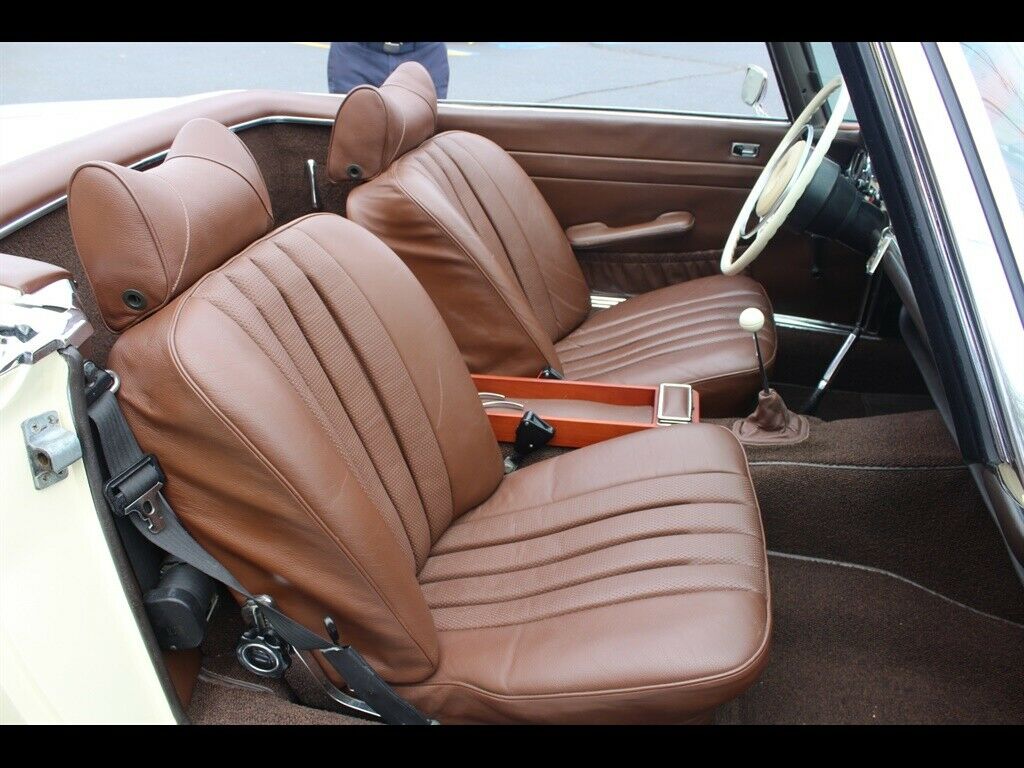 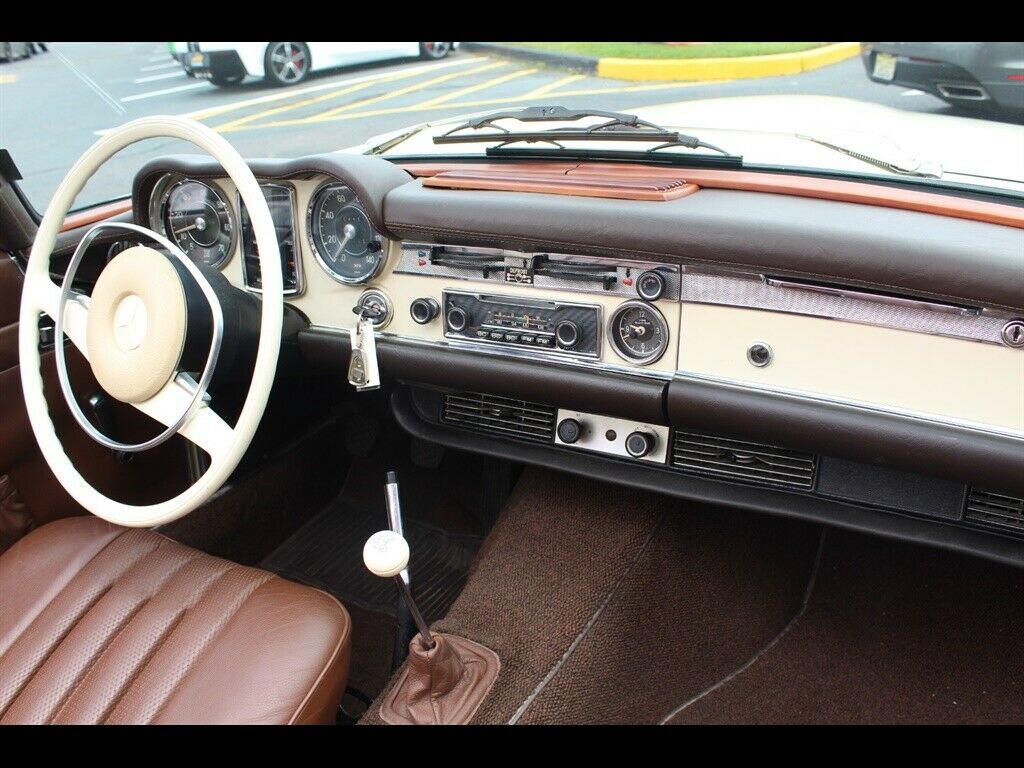 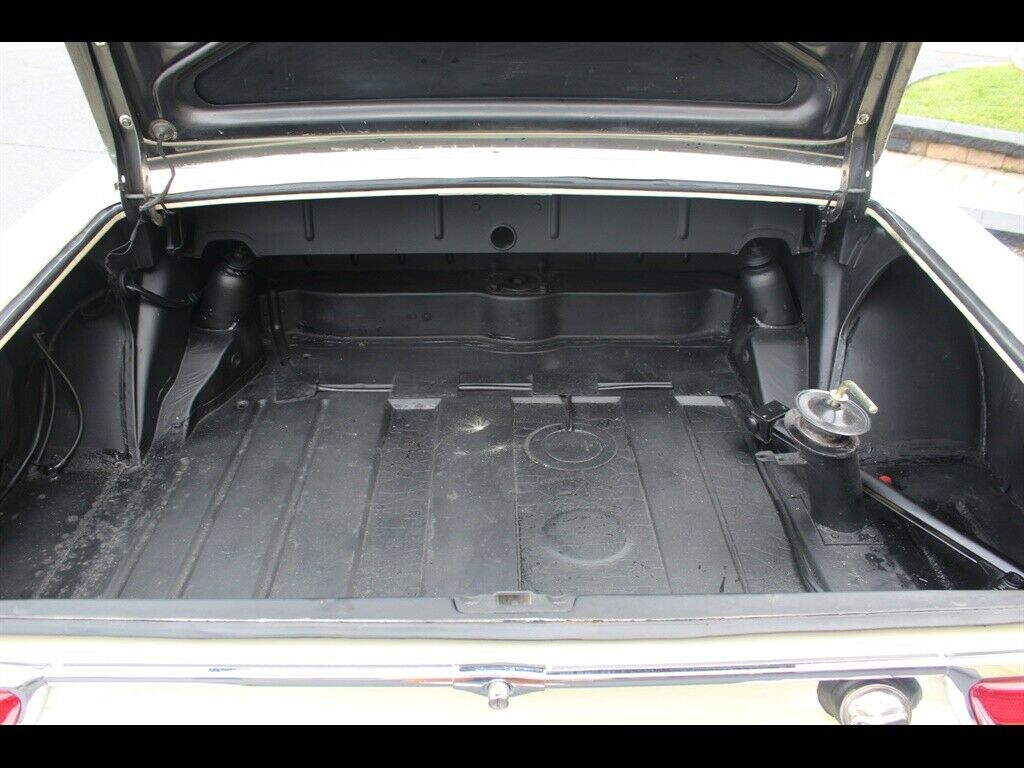 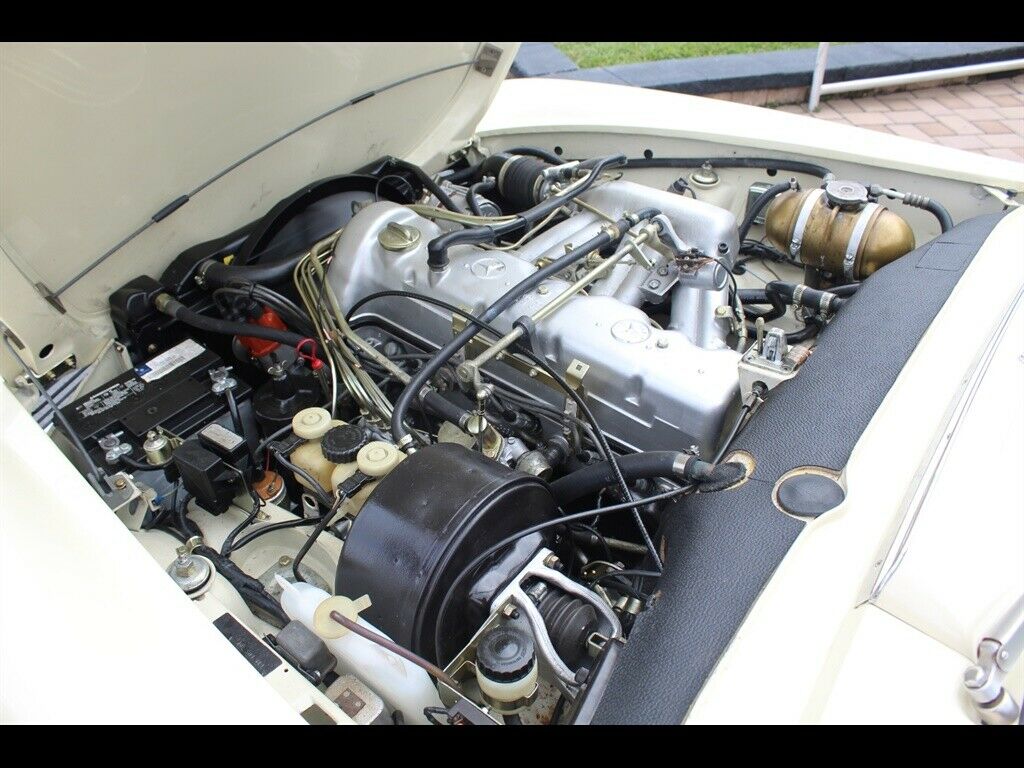 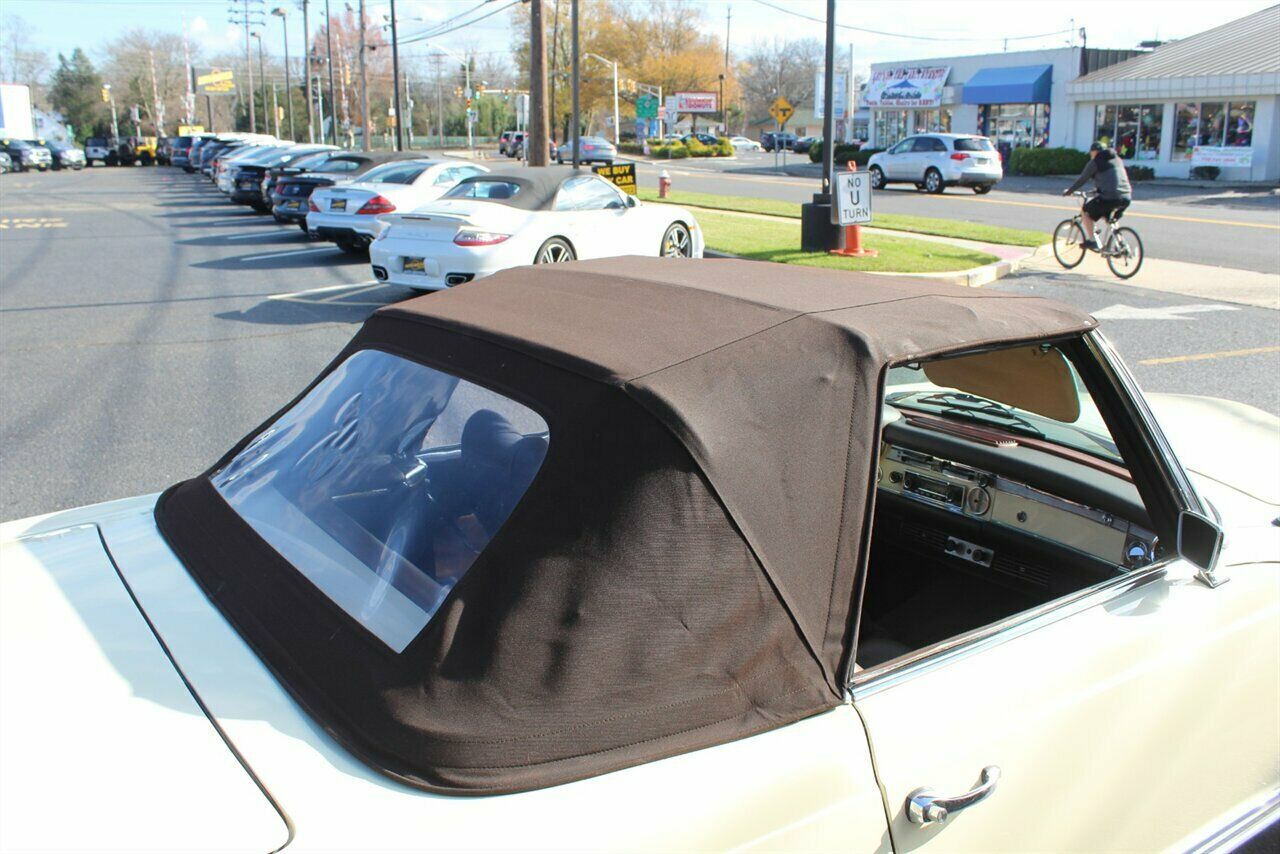 The car previously owned by Waters is painted the rare shade of Light Ivory. Its Buy-It-Now price of $99,995 was not out of line. Examples of this model have soared beyond $200,000. 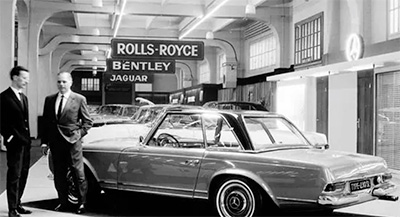 Bela Barenyi (right) at the presentation of the “Pagoda” in Geneva in 1963.

The 230SL started the family off in 1963 as a replacement for the somewhat underpowered 190SL. The model was an in-house design, with Paul Bracq and Bela Barenyi getting credit. And it’s among the most timeless shapes the marque ever created.

The ’70 SL that sold on eBay represents the second (and last) power upgrade for the model. It increased the displacement to 2.8 liters. 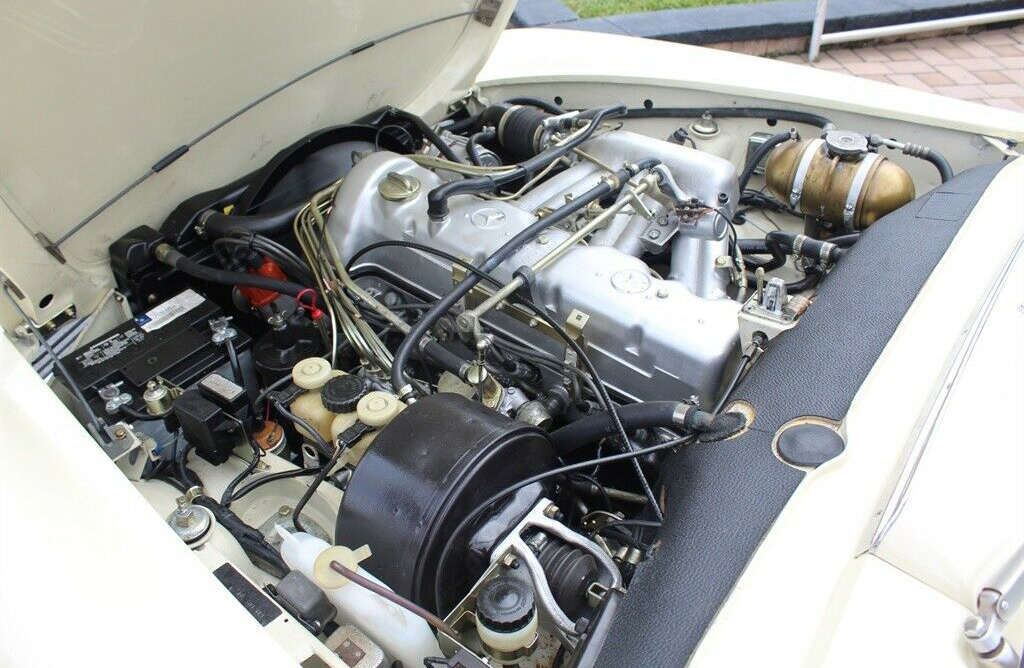 This car is well equipped with factory air conditioning and an AM/FM radio. Moreover, it has a rare four-speed manual transmission. Most of them had four-speed automatics with a floor shifter. The factory hardtop is present.

The Measure of All Things Mercedes

Mercedes-Benz first showed the 230SL in Geneva in 1963. It became the first Benz with radial tires. Also significant was the “safety body,” with a rigid passenger cell that included rear crumple zones.

The mechanical base was the tailfin sedans, originally the 230. The engine produced a maximum of 141 horsepower. Among the new SL’s features were dual-circuit brakes, discs up front, a swing-axle rear, and double-wishbone front suspension. Power steering was optional. Some 19,831 were produced, with less than a quarter going to the US.

“In all the years I have been driving, I cannot remember ever driving a car that I would have liked to own more.” 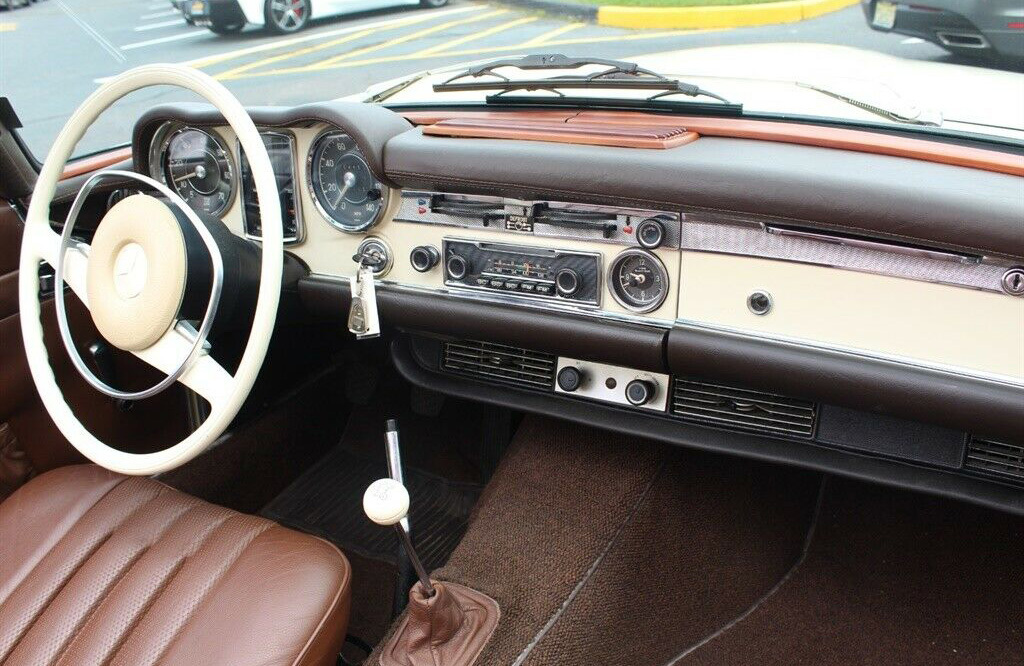 The 230SL lasted until 1967 and was replaced by the 250 with another Geneva appearance. Benz produced that one for only one year before the 280 replaced it. The 280 stuck around until 1971 when production of the W113—the car’s code name—ended. Nearly 49,000 examples had exited the factory.

“The successor model series W107 with a completely new design replaced the technically and stylistically ground-breaking ‘Pagoda’ and set new standards itself, such as having the first eight-cylinder engine in an SL. For the fans, however, the ‘Pagoda’ remained the measure of all things.”

Drive On You, Crazy Diamond

The beauty of the 280SL is that it remains effortlessly stylish and modern. Yet, it’s still a capable performer, able to keep up with contemporary traffic and making long road trips. Too many of them get hidden away. According to the seller, this one still “drives and performs beautifully.”

However, if this Floyd-Benz ever ran into problems, eBay has an abundant supply of vintage parts specifically for the 280 SL. The offerings include many gems, such as this intriguing original steering wheel. The sweet shifter knob on the Waters car might be harder to find.

But for now, the low-mileage 280SL doesn’t need a thing. It’s an exceptional celebrity-owned Pagoda—a living and breathing roadworthy ode to a legendary auto design.