Custom Builder from New Zealand Tours US with His Creation 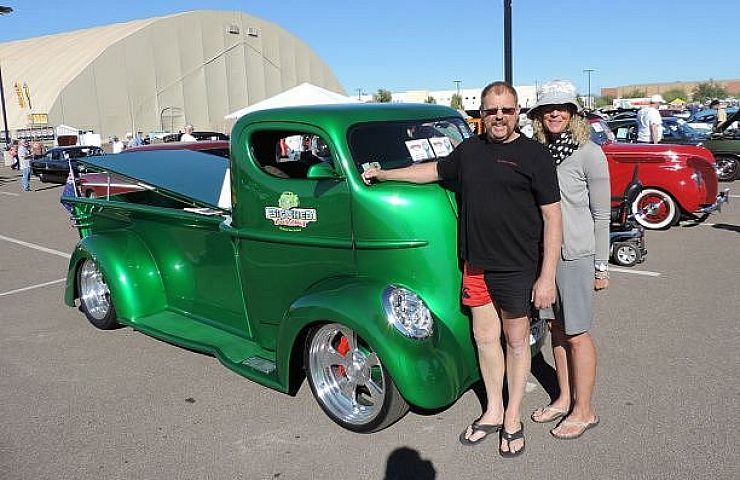 New Zealand’s Mark Stead usually works on three to four builds a year in his 40,000 square-foot shop. Assisted by one-full time employee, Stead does all the work himself on the cars, except for upholstery. So when Stead decided to build his own truck, he realized it would require working after normal shop hours. He committed 30 hours a week to get it done over the course of about two years. 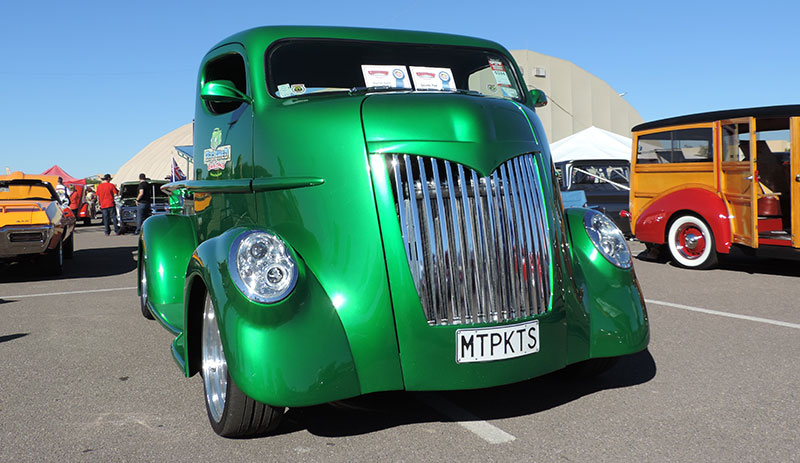 Stead used the shape and style of a 1940s-era Ford C-Series cab-over engine design—enhancing the looks with his own free-hand work. The body panels were formed by hand from sheets of raw metal. He crafted a boxed suspension, and put together an independent front suspension, Corvette C4 rear end, and Ford 5.0 Mustang engine. The rear lights are from the clearance lights of a truck cab, giving the style Stead was seeking. Headlights from a MINI Cooper complete the brilliant combination of parts and brands. 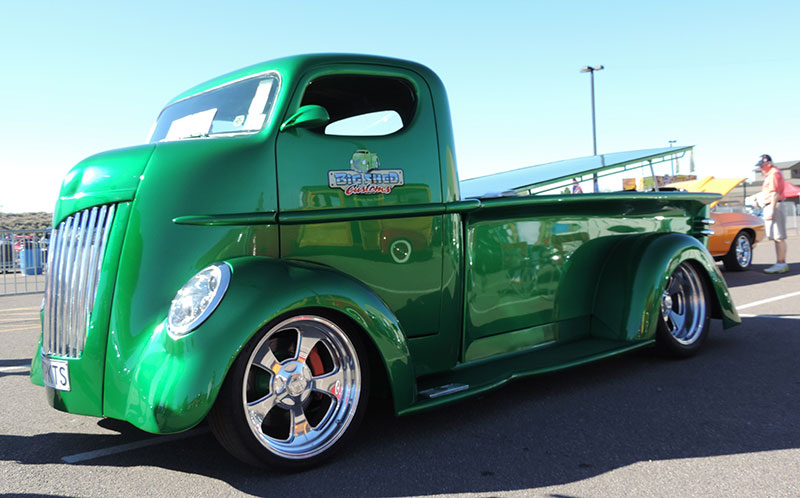 Stead made the rounds of custom shows in New Zealand, but recently spent a short holiday in the States with his truck. He shipped the truck to Long Beach, Calif. In the four weeks that followed, he added 2,600 miles to the odometer as he traveled the West, stopping at events like the GoodGuys Rod and Custom Fall Nationals in Scottsdale, Ariz., where we met him. 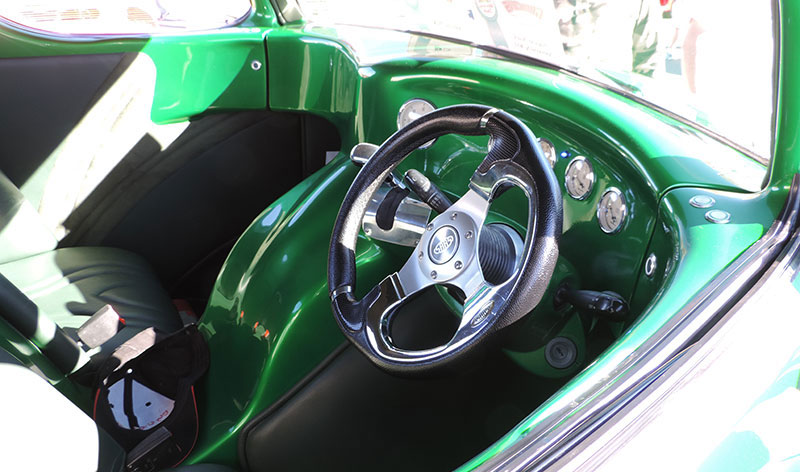 Stead had to untangle a mess of red tape to bring the truck in to the US. Besides obtaining US insurance and clearing US Customs, he had to prove that the truck was street-legal in New Zealand.  In the end, the New Zealand license plate survived legal scrutiny, even if the steering wheel is on the wrong side. The plan now is to store the truck with an American friend until he and his wife Tanya return next summer to continue their tour.