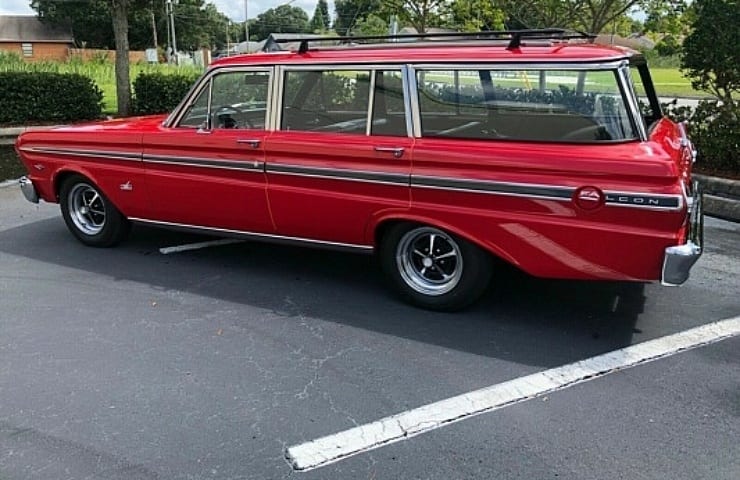 As most of you know, the first-generation Mustang was based on the tried-and-true Falcon platform. Ford introduced the compact Falcon sedan in 1960. Other versions soon arrived: muscle cars, delivery vehicles, Ranchero pickups, convertibles, and wagons. Consider this knockout 1965 Falcon Wagon in rare Bayou Red for sale in Largo, Fla., with a $22,500 Buy-It-Now price.

The Falcon was never as collectible as the Mustang. Surviving wagons are rare. The beautiful non-Squire example available on eBay not only boasts a 289-cubic-inch V-8 under the hood but also just 21,000 miles on the odometer. The wagon, repainted once in its original red, looks good from every angle. The body is “laser-straight,” according to the seller. There’s no rust underneath. 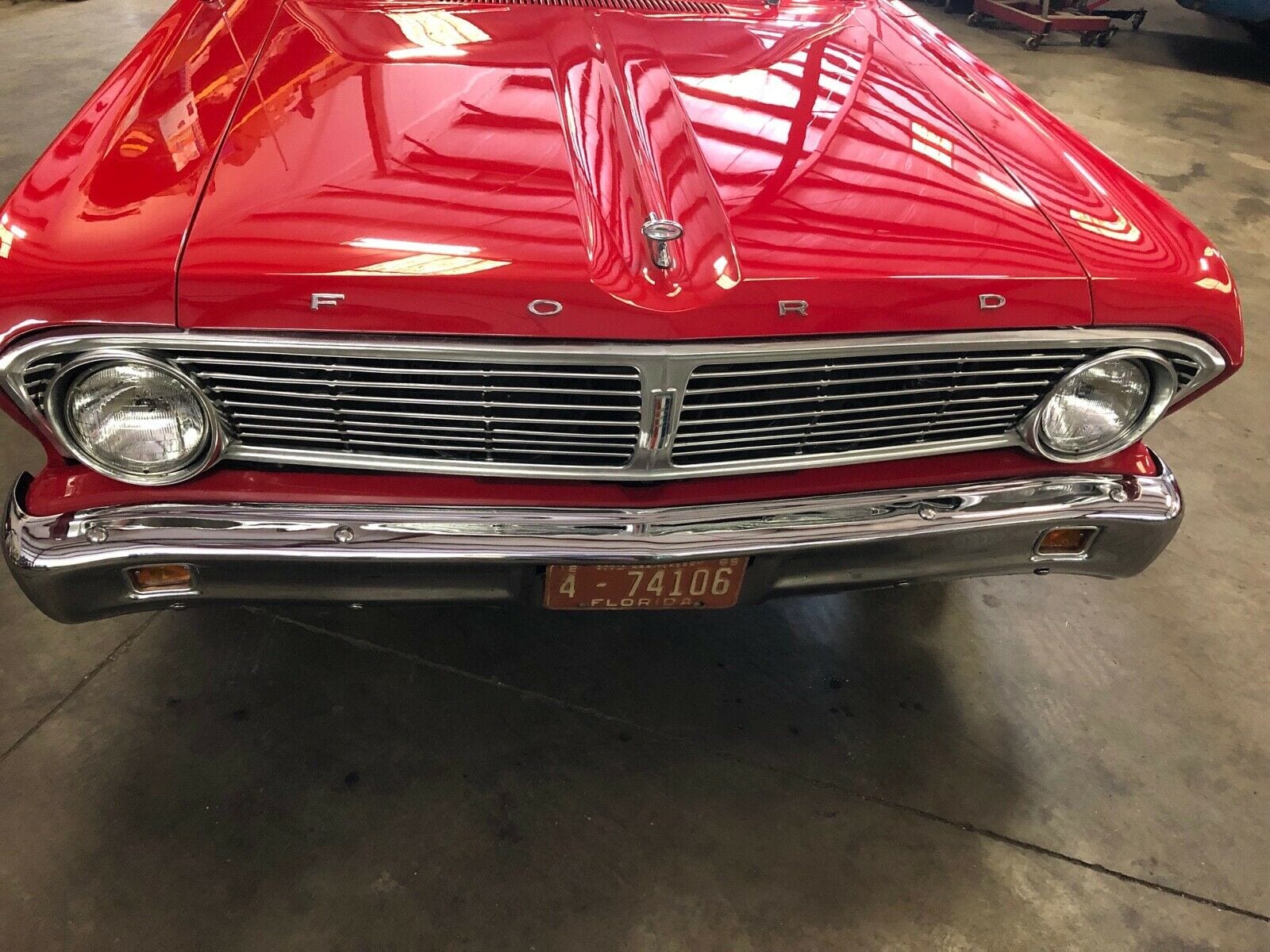 The first-generation Falcon had rounded lines. That changed to angular styling in 1965.

This Falcon has a colorful past. The vendor bought it from an 82-year-old retired CIA agent, who claimed that Ron Jon Surf Shop used it in early ads. (The documentation burned up in a fire, along with the original title). It certainly would make an excellent surf wagon, though not the “woody” of Beach Boys fame. 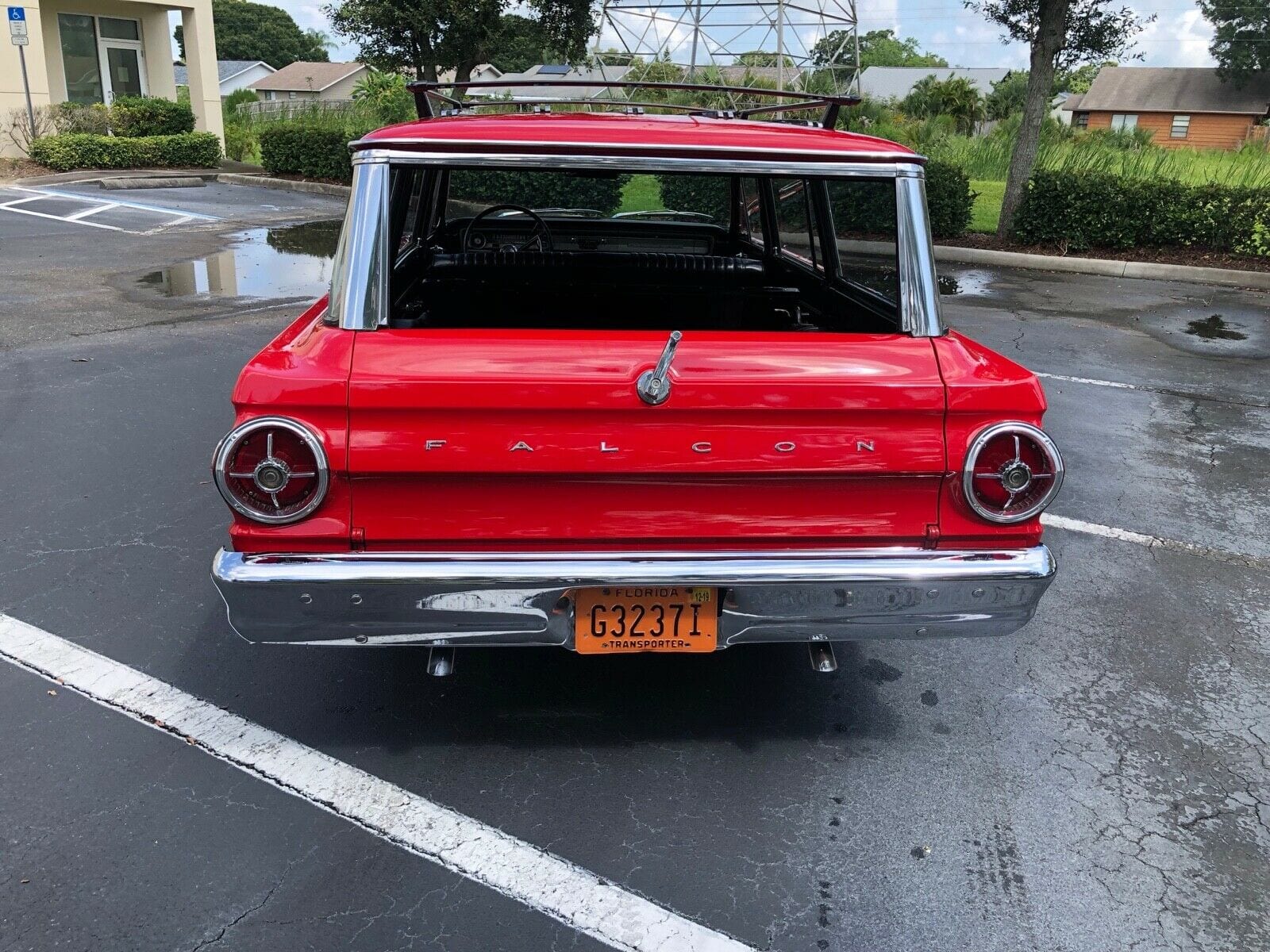 The rear tailgate rolls down with a handle.

Among the numbers-matching Falcon’s features are mag wheels and a sharp luggage rack. The black bench-seat interior is in excellent condition. The automatic transmission shifts smoothly, and there’s a positraction rear end. As befits such a low-mileage car, the engine runs smoothly (up to 85 mph!).

There are a few demerits, including pitting on the exterior door handles, a passenger vent window sealed up with silicon, and some paint imperfections “indicative of the car’s age.” 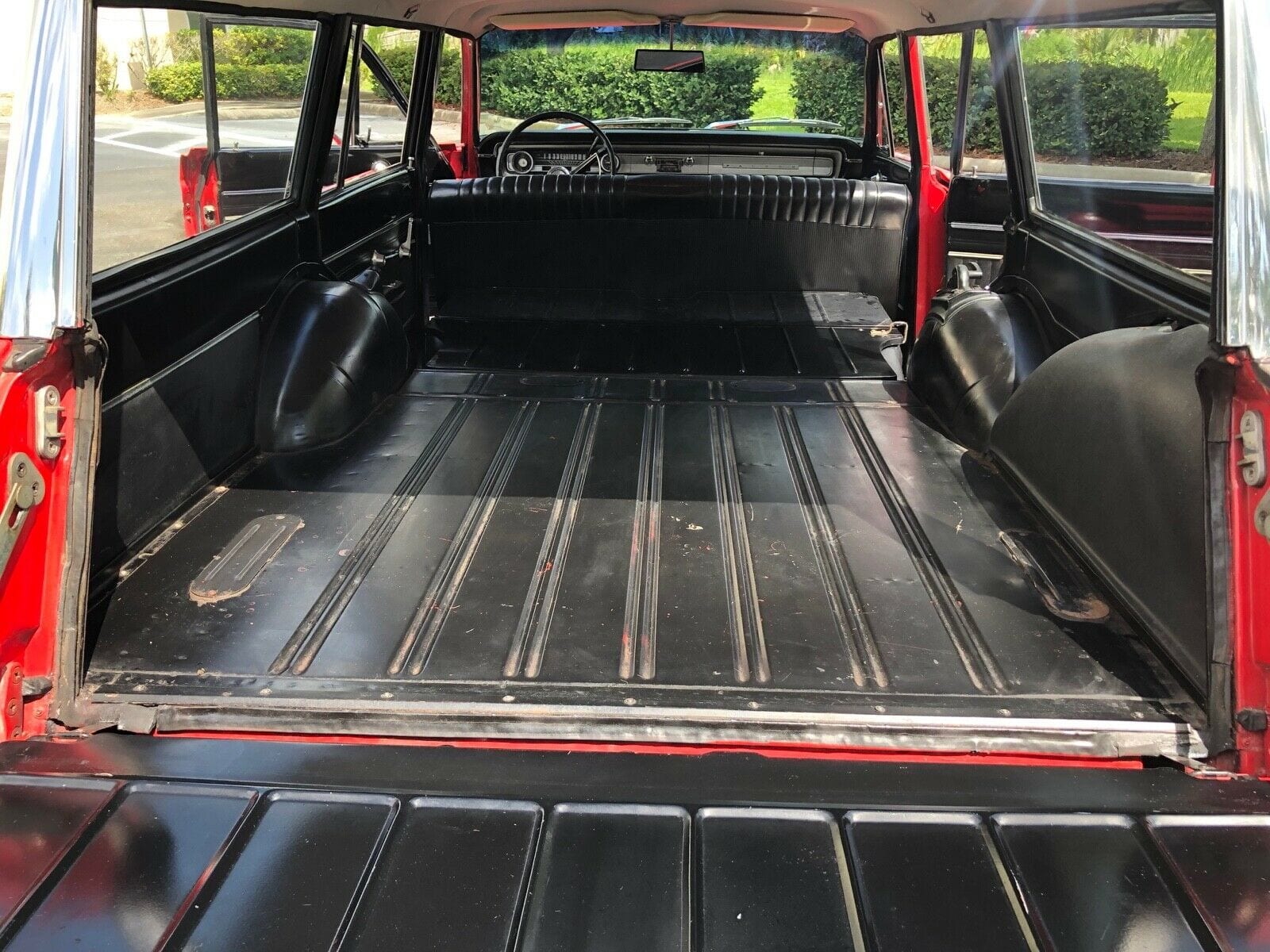 Plenty of cargo space with the rear seats folded.

Because it shares a platform with such a popular car, the Falcon’s mechanicals are readily available on eBay. There are a half-dozen 1965 Falcon cars for sale in a multitude of body styles. Falcon parts and early Mustang bits are mostly interchangeable.

The Falcon was sold as an economy car to compete with the surging VW Beetle. The Falcon’s 144-cubic-inch inline-six was capable of an impressive 32.68 miles per gallon. But customers complained about the lack of go-power. So for 1961, Ford added the option of a 170 six.

My parents bought a first-year Falcon sedan with zero options, so I was aware of these cars as basic transportation as a small child. A car was for going “from point A to point B,” my father said.

By 1963, things were looking up for the Falcon. The convertible had Sprint and Futura versions, with the same 260-cubic-inch V-8 that initially powered the Cobra and Sunbeam Tiger. It also had bucket seats, a 6,000-rpm tachometer, and fancy trim. With an optional four-speed manual shifted on the floor, it was quite sporty. 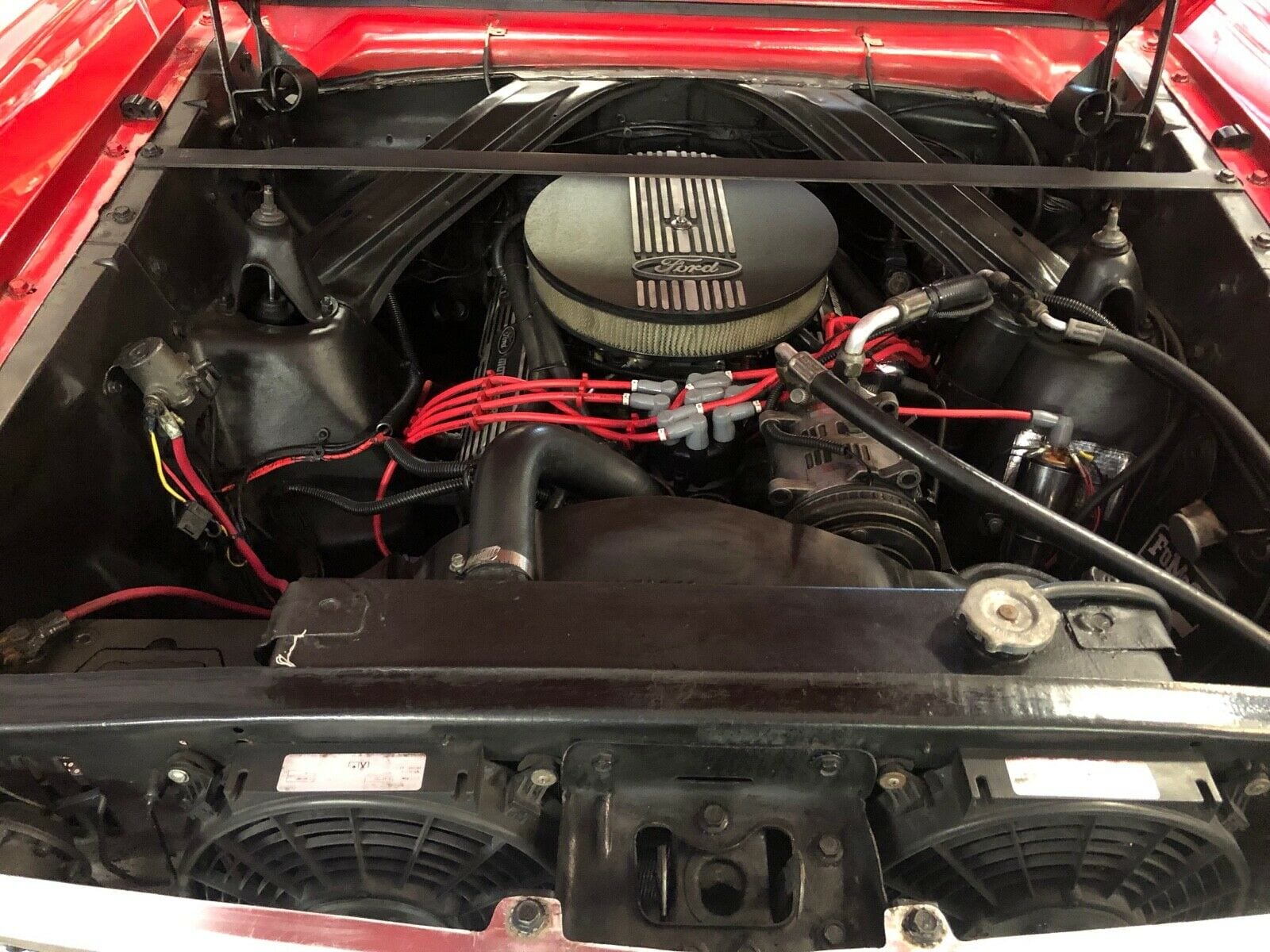 For 1964 and 1965, the Falcon became more angular. These were very sharp-looking cars. In 1965, you could get it equipped with the 289, as we can see in the Falcon Wagon for sale on eBay. Unfortunately, the introduction of the Mustang pushed the Sprint into the background until its demise in 1965. 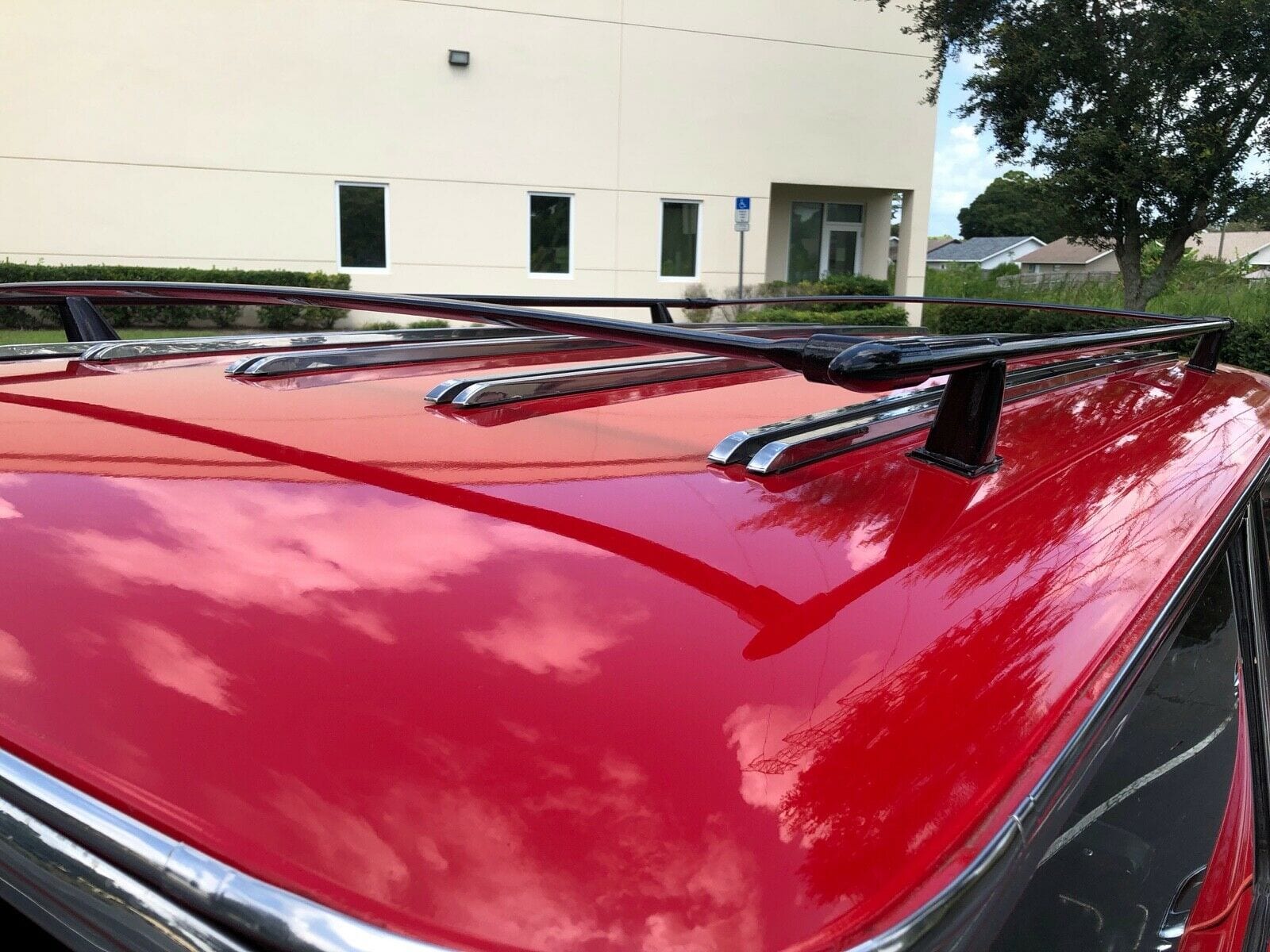 Mag wheels and a roof rack give a California Kustom look. 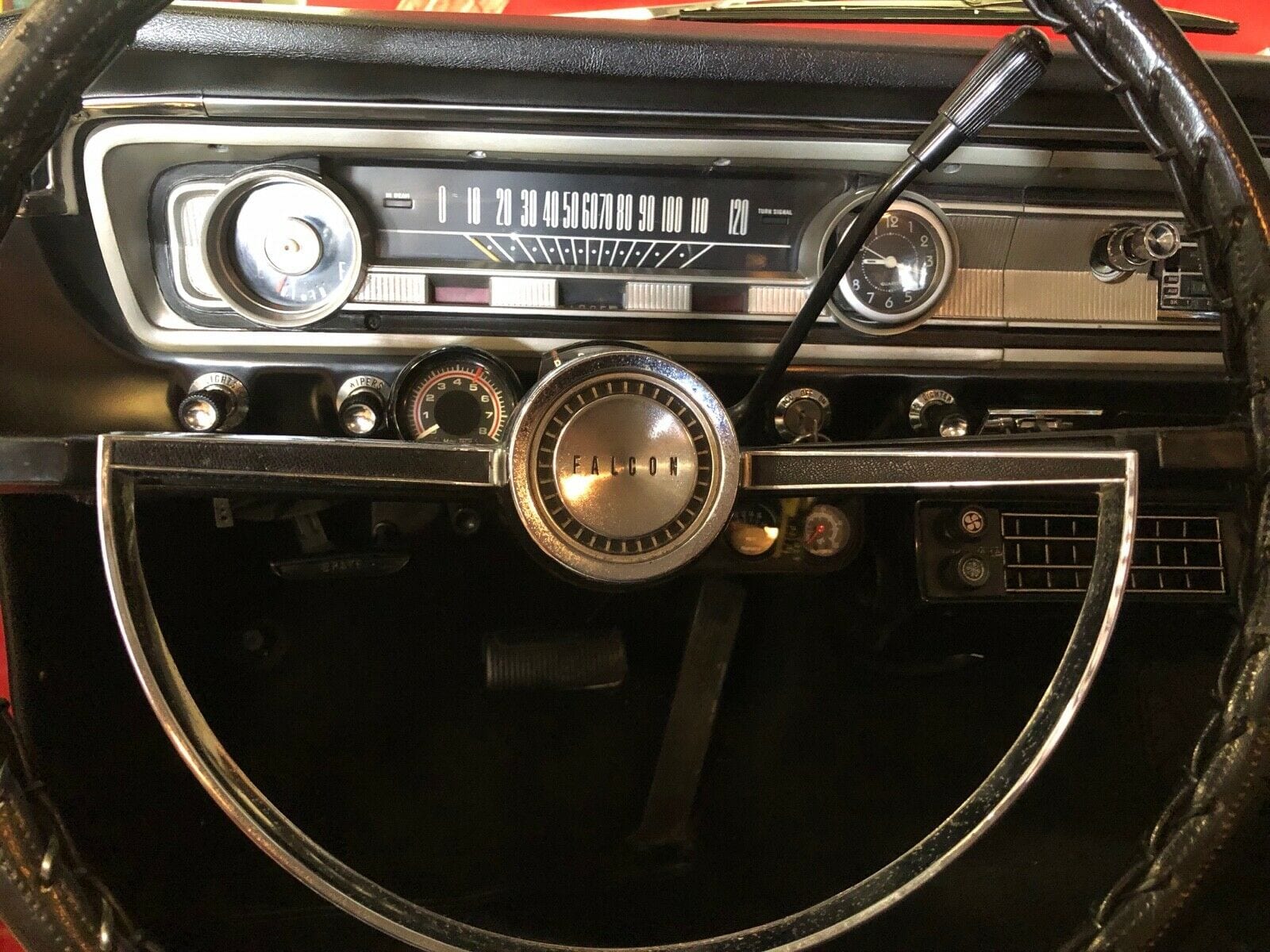 The Falcon was built in Lorain, Ohio.

In 1966, Ford sold 182,669 Falcons. Certainly not bad, but the model was overshadowed by the 638,000 Mustangs that emerged from the factory doors that year. The Mustang was in its glory, and the Falcon—with identical mechanicals—was starting to fade. But you can revive its glory every day of the week with this pristine ’65 Falcon Wagon for sale on eBay.

The Black Befinned Beauty of a Unique ’60 Plymouth Fury

The 1960 Plymouth Fury with gloriously long fins was turned into Black Betty in a four-year... 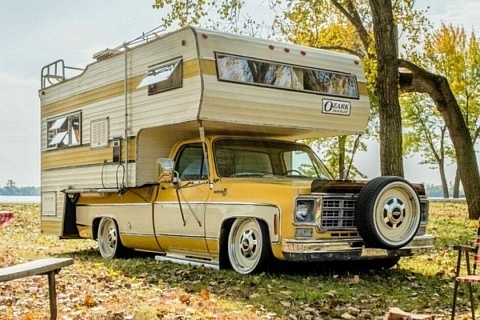 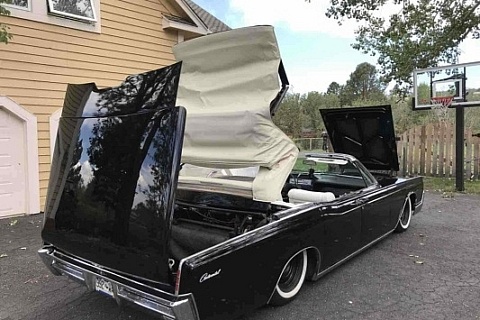 The final year of the Lincoln Continental convertible was 1967. Its legacy continues with '67... 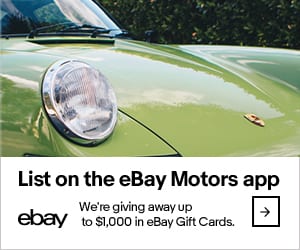