This item is out of stock.

4prdirect (717 )
100% Positive feedback
Save this Seller
Contact seller
Visit store
See other items
More... See all
4prdirect has no other items for sale.

4.8 average based on 99 product ratings

Sponsored items from this seller

Feedback on our suggestions - Sponsored items from this seller
Add to cart to save with this special offer
If you Buy It Now, you'll only be purchasing this item. If you'd like to get the additional items you've selected to qualify for this offer, close this window and add these items to your cart. 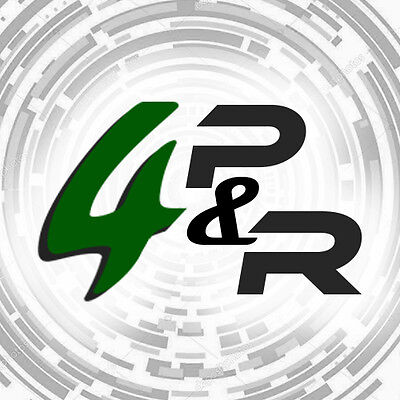 Fun watch, with lots of functionality

Bought this watch for several reasons. I needed to be able to get notifications in a discreet way, I cannot carry my phone around with me, and am often forced to put it on silent with what I do. I have an elderly mother who has full time care and need for them to be able to contact me wherever I am, discreetly if there is an issue. I can send and recieve texts and notifications. I like the ability to be able to speak my texts. I also wanted some accountability for my health, and this watch keeps me honest with reminder to move if I'm sedentary too long, and the full gamut of heart rate, steps, workouts, etc, etc. Easy to use and navigste. I've even had fun buying different bands (which are a snap to take on and off), and changing out the watch faces. It looks like a completely different watch when I change these out. I wanted something stylish and not too bulky on my wrist. The Active was the perfect fit for me, with the smaller face. Very happy with this purchase, looking forward to trying out new things on it as I learn them.

I bought an open box which was supposed to be brand new. Upon arrival I opened the box and got the watch only to notice it had a bunch of little scratches on the side of the screen. I was expecting it to be new, without any sign on wear. Other than that the item is fully functional.

Price paid: $102 for refurbished unit without a scratch The rating of 5 stars is based on the price paid, for a regular retail price of $179 or $199 I would give 4 stars. Comparison: I use the Garmin Forerunner 35 and Garmin Vivoactive 3 as benchmarks Daily use: For telling the time, I do prefer the always on display of a Garmin watch, even my old school Forerunner 35. The gesture to lift the watch to turn on the display on the Galaxy Watch Active does work pretty well. While it is possible to set the Galaxy Watch Active to always on display, I don't do so in order to conserve battery. Battery Life: The disdvantage of the very small size and low weight of the Galaxy Watch is the shorter battery life. Using the on board music with bluetooth headphones and the GPS simultaneously drains the battery in a few hours. This isn't an ultra runner's watch. Display: The graphics and notifications are very pretty. Whether the pretty graphics are worth the higher power drain compared with a Garmin watch is a personal decision. Initially I was overwhelmed with the punchy graphics but they grew on me. Notifications: The notifications look great on the high resolution display and I sometimes respond to texts directly from the watch using canned replies or short handwritten replies. Non-Latin characters (such as Chinese) display on the watch unlike my US model Forerunner 35 or Vivoactive 3. Fitness features: I haven't tried the lap swimming or open water swimming yet. Even if the open water swimming tracking is not very accurate, I think it is a worthwhile feature considering the low price I paid. Durability: I like the metal body of the watch, in comparison with the more modestly priced Garmin watches that are mostly plastic. I ordered a watch protector to cover the watch body for Spartan races, etc. I may do with the watch in future. I didn't have a problem with scratching but I noticed that used Galaxy Watch actives typically had scratches or gouges on the screen bezel so I ordered a screen protector. Note that the screen bezel is curved; the tempered glass screen protector I ordered covers the display but not the bezel. Then I ordered a Spectre shield screen protector that is flexible and can cover both the display and the display bezel. Music: It was easy to transfer mp3 files using the Samsung Wearable app. Having music directly on the watch for me is not a necessity but it is a very nice bonus for the low price. Pairing with budget bone conduction bluetooth headphones was straightforward. Sometimes the music cuts out if my arm is too far away from the headphones, presumably due to the low broadcast power of the watch. This is a minor issue. On watch music would be a major advantage for gym goers that don't want to carry a phone, and I also go for short runs without a phone sometimes and use the on watch music. App support: Limited, compared to the Apple Watch and I would say more limited than the Garmin Vivoactive 3 though I didn't explore this in detail. I didn't see an app to support triathlons for the Galaxy Watch Active - this is something the watch could in principle support because it has running, open water swimming, and cycling. I use some timers and the Bixby app (Samsung's version of Siri or Alexa) for setting timers and such. I didn't see an app to support interval training which the Garmin Forerunner 35 has built-in. I have tried lots of watch faces both digital and analog which are fun but mostly stick to the simpler watch faces and use the Garmin Forerunner 35 to tell the time because of its high contrast always on display. Sleep tracking: The Galaxy Watch Active tracks light, deep, REM, and awake stages. The more detailed sleep tracking than the Garmin Forerunner 35 or Vivoactive 3 helped sell me on the Galaxy Watch Active. Verdict: For marathons or running in the rain, I prefer the physical buttons and high contrast always display of my no-nonsense Garmin Forerunner 35. I bought the Galaxy Watch Active and the Vivoactive 3 at the same time but ultimately returned the Vivoactive 3 and kept the Galaxy Watch Active. The Watch Active has decent sleep tracking, on board music, non-Latin alphabet notifications, and open water swimming and was light enough to wear as a second fitness watch for fun and the extra features. I think it would work as a primary watch for someone not doing super endurance sports, a gym goer, who likes the pretty graphics and is OK with the shorter battery life this entails.

Finally, a fully functional smartwatch in a reasonable size!

All the features you really need (time, heart rate, sleep tracking, exercise tracking, etc.), with good battery life compared to many smart watches. Now in an easily wearable size that isn't restrictive, heavy, or awkward. Barely larger than the normal Seiko traditional watch I wore prior to it.

Amazing! If your active, and electronically linked and want to monitor your activities, then get this! The watch face is 40mm which is perfect, not to big, not to small. Functions wonderfully, there is also an app for Google assistant which connects to my Google home, great functionality, I have scratched the face already though, so I suggested getting screen protectors right away.