100% Positive feedback
Save this Seller
Contact seller
Visit store
See other items
More... See all
cinematoys has no other items for sale.

Sponsored items from this seller

Feedback on our suggestions - Sponsored items from this seller
Report item - opens in a new window or tab
eBay item number:
124391447805
Seller assumes all responsibility for this listing.
Last updated on  Oct 18, 2020 19:26:31 PDT  View all revisions 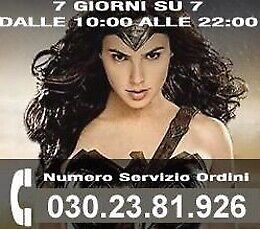 
Seller assumes all responsibility for this listing.

Beautiful but not as Dynamic as the Revoltech Lupin III figure, nor as enamouring as the retro Banpresto Castle of Cagliostro 7 inch Lupin figure.

First off, I love the figure for what it is, but I just have to encourage Bandai to do a better job on handling a figure like this. The SH figuarts Lupin III figure is similar to a lot of anime SHF entries, but less spectacular. The complete lack of accessories leaves a lot to be desired. Yes, it has very good articulation and swappable heads but this figure’s entertainment factor pales in comparisson to that of the Revoltech and the retro Banpresto’s 7 inch Castle of Cagliostro interpretation of the character. The Revoltech Lupin III figure is much more dramatic in terms of style and poses compared to that of figuarts. Revoltech’s take on the character’s sleek and very sharp look makes it closer to the source material and far more enjoyable to pose, despite its size and lesser range of articulation compared to SHF Lupin III. The large ape like hands, a trademark by the creator Monkey Punch, is missed out by the use of generic SHF hands smaller and surprisingly similar to that of SHF’s Goku. Looking at Revoltech Lupin’s hands, you could tell that the sculptor designed them faithfully to the source material and shared his or her enjoyment by adding in uniquely sculpted versions of the gentleman thief’s hand holding other artifacts. SHF Lupin also lacks the dynamic array of scene accurate accessories that both the Revoltech and age old 7 inch Banpresto Castle of Cagliostro series Lupin III figure (which not only comes with other weapons and rings, but also includes the Ring of Light and soft goods/fragile but beautiful fabric clothes that adds to its photogenic dynamism. SHF Lupin III is still a solid and beautiful figure that is far more durable than the other two figures. In fact, it is promising. However, Bandai must reissue a better version that faithfully respects, reflects, and surpasses the visual and entertainment aesthetics that the Revoltech and Banpresto COG 7 inch series. Lupin the Third is a very well respected and treasured classic that should receive the same top quality treatment as those of their Detective Conan, Star Wars, Ranma, and Captain Jack Sparrow interpretations. The sculptor and team did a spectacular job on this figure, but the Bandai company MUST allow versions of these characters with much more visual options and the eye pleasing surprises that the cartoon imagery has that enamoured the crowd in the first place. To put it in a simpler way, this figure is like the 2011 remake of Tom Holland’s original 1985 movie, Fright Night. It’s cool, up to date, and catchy, but it needs so much more of the practical look, entertainment factor, imagery, character aesthetic, and dynamism the original Lupin III animation, topped with the classic look of the new original Lupin Series. My other suggestion is for Bandai’s SHF team to really look at Revoltech and Banpresto’s 7 inch Castle of Cagliostro line of figures. What makes them fun? What makes them superior to the Microman Lupin figures? How much inspiration from the animation were they able to take advantage of interpreting into figure form? Bandai SHF team is amazing and talented. So we trust you in making for us the Ultimate Lupin III figures complete with accessories, swappable generation to generation looks of the characters, and maybe a build and connect part with each character to create the Yellow 1957 Fiat 500, or the Mercedes SSK. Maybe Bandai should team up with Fiat and Mercedes. 😉 Despite how expensive those figures may end up being compared to the SH Monsterarts, they will be treasured and sought after for generations.

Lupin is an awesome series and this figure really captures his personality. I don't have a stand for him yet so it's hard to find a stable pose, his legs are rather skinny and long so he is very top heavy. Changing heads is annoying because he has a double neck joint that is supposed to come off with the head but on some heads it tends to stay with the body so I have to like pry it off and put it back into the head. Minor problem, overall a great figure! Also you should watch the show/movies!

I just discovered and fell in love with Lupin the 3rd and had to have him immortalized in plastic. That being said this is a solid figure, paint apps are nice and range of motion is on par with Lupin's loopy movement in the anime. I recommend this figure for any fan of the character

I love this figure!

Revoltech is a good manufacturer of ball-jointed toys, but Figuarts takes it to a whole other level! If you like Lupin III, I recommend getting this!