Condition:
Good:
An item in used but good condition. May have minor damage to jewel case including scuffs or cracks, or to the item cover including scuffs, scratches, or cracks. The cover art and liner notes are included for a CD. VHS or DVD box is included. Video game instructions are included. No skipping on CD/DVD. No fuzzy/snowy frames on VHS tape. See the seller’s listing for full details and description of any imperfections. See all condition definitionsopens in a new window or tab
Seller Notes:
“NON WORKING - NEEDS RESURFACING - Scratches are not the worst I've seen, should do well with resurfacing. Otherwise everything else is in great condition.”
Video Game Series:
Yakuza
Rating:
M - Mature
UPC:
0010086630992
Platform:
Sony PlayStation 2
Release Year:
2006
MPN:
SLUS-21348
Publisher:
SEGA
Genre:
Action/Adventure, Adventure, Action/Adventure
Game Name:
Yakuza

Product Information
Immerse yourself in a tale of romance, betrayal, and honor in "Yakuza" for the PlayStation 2. The game was released in 2006 and was both developed and published by Sega. In Japan, the title was released as "Ryū ga Gotoku." In "Yakuza,” you take on the role of Kazuma Kiryu, who is free after spending a 10-year stint in jail for the murder of Sohei Dojima. Upon release, you find yourself ousted by your clan due to a missing 10 billion yen. The missing money is pinned on Kiryu's wife and a mystery child, and Kiryu vows to protect this child no matter what. He'll find himself facing former friends, such as Goro Majima, and all-new enemies. The story spans over 40 hours and features an array of twists and turns throughout.Sega divided the gameplay of "Yakuza" into three distinct parts: Adventure, Event, and Battle. The Adventure portion of the game is where you'll spend the most time in this title. In this mode, you'll travel across Tokyo using a third-person camera perspective. The open-world gameplay means you can enter any shop you see. For example, you can visit the corner store for some food or drink. If you need to relax, you can enter a bar to perform some karaoke, or play some video games in the arcade. In Adventure mode, you'll also talk to people to gain information about Japan or your next objective. Eventually, however, it's time to fight, either via a random encounter on the street or as part of the plot.In Battle mode, the game plays similar to Sega's "Virtua Fighter" franchise. You'll typically find yourself fighting three or more Japanese characters at once. Kiryu knows a wide array of moves, all of which are performed using button combinations. These combinations are easy for novices to master. In no time at all, you'll find yourself destroying your opponents. In addition to his hands and feet, you can also use the environment to damage your enemy. For example, you can pick up a bicycle and throw it at your enemy. After winning a battle, Kiryu will gain both money and experience. You can use the experience to level your statistics and unlock new fighting moves. In Event mode, you'll need to hit buttons in time with the actions onscreen. Failure to hit these buttons at the correct time could lead to a game over.Sega went the extra mile to ensure that the game had an authentic translation. The company even went on record as saying they wanted the subtle elements from "Ryū ga Gotoku" present in "Yakuza." This is why they hired high-quality voice actors for this version of the PS2 game. You'll recognize the voices of esteemed actors and actresses like Mark Hamill and Eliza Dushku as you play. "Yakuza" is one of those games that can easily be mistaken for a movie as its substantial plot and fantastic voice acting make it one of the most cinematic games on the PS2.
Product Identifiers
Publisher
SEGA
MPN
SLUS-21348
UPC
0010086630992, 4002888453516
eBay Product ID (ePID)
52498120
Product Key Features
Platform
Sony PlayStation 2
Release Year
2006
Game Name
Yakuza
Genre
Action/Adventure, Adventure, Action/Adventure
Additional Product Features
Game Name Series
Yakuza Series
ESRB Descriptor
Blood, Sexual Themes, Strong Language, Use of Alcohol, Violence
ESRB Rating
M - Mature
Game Name Special Features
Unravel the mystery behind a girl named Haruka and some missing money Take the role of Kiryu and explore a GTA-esque Tokyo complete with nightclubs and shops Accumulate weapons and items as you scour the city bribing informant
Control Elements
Gamepad/Joystick
Number of Players
1
Location
USA 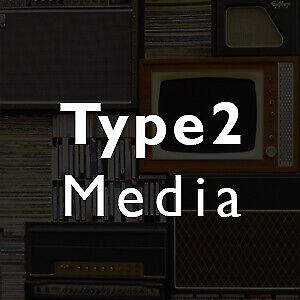 Good beat 'em up, but it gets repetitive quickly

I was hoping for more out of Yakuza. This game is not a Grand Theft Auto clone and that's a good thing. In Yakuza, you play a newly released con who used to work for the Yakuza. Now you're trying to find 10,000,000 yen that disappeared along with an old friend. The game is a beat 'em up along the lines of Double Dragon (for you old heads) or Bouncer (for you PS2 owners). It's much, much better than either of those two titles. You learn new moves, you expand on the moves you know and you fight off multiple enemies using weapons you purchase, find on the ground or take from your attackers. The problem is that's all you do. There are a few side quests but nothing that changes the game play much if at all. So you basically spend your time punching and kicking and punching and kicking and punching and kicking. See what I mean, repetitive. It's a good game for blowing off some steam or releasing some stress. Just think of the enemies in the game as the people who pluck your nerves or that you just don't like and you should enjoy this game for a little while. However keep your eye out for the sequel, when it drops. A lot of the repetition issues is sure to be addressed and that should make that game exactly what this game could and should have been.

We've Been Waiting For You, Kazuma Kiryu!

You ever wondered what it would be like if Tekken or Virtua Fighter had a superb plot, rivaling that of even the top Hollywood movies? This is the game for you. I can't say much on the plot without revealing something, but it puts almost any action game out there to shame. This game is awesome. Literally. It left me in awe and wonder. Nothing con compare to the originality of this game. It mixes small amounts that you may see in other games, and rolls them into the best game ever released. The graphics are downright fantastic, especially the CG scenes, which are sadly few and far between. But don't despair, the gameplay graphics are impressive, thanks in part to the bright neon lights that accompany the streets of Japan. The combat is not complicated, but very enjoyable, full of combos, special attacks, and a large variety of usable items, from street signs to traffic cones; from brass knuckles to wooden swords, allowing for an impressive combination of attacks. The upgrade system is simple, straight forward, and a nice touch, yet not a big addition. The seemingly endless amount of extra mini games and side quests give it certain replay value. There are a couple minor downsides. First is the camera while traveling the city. It can change views while you are running, and it can become disorienting, but nothing major, and never while fighting. Second, is the dubbing. Don't get me wrong, the voicing is great. I love to hear Michael Madsen and Rachael Leigh Cook putting in a strong performance, but what I would much rather hear is the original Japanese, with english subtitles. It appears great care was put into getting the lips to move with the Japanese words, and this is all wasted on the US version. If you are a fan of any sort of fighting game, this is a must have. No, it's not Street Fighter. But it's action with a solid story. And maybe even you GTA fans can come over and enjoy this game as well. You must try this game, no matter what the cost.

i love this game because its sexy to me, i mean, i love it for its action, story line, and game play. i have been playing video games since nintendo NES and the latest atari system that came out. i usually play games that have these elements, fighting games, mostly because i get a chance to beat up people without letting it out on the real world. design is great, it flowed very well on my console (slim ps2), game play was fantastic, i got it down in a few minutes. replay was fun too, after playing it through i felt like i wanted more and i got it by the extra missions. overall i love it and i recommend this game for those with a desire of a action, cliff hanger.

YAKUZA (PS2) ~ Let us face it, the only reason you would be & should be interested in this game is because you either love Japan cinema such as "The Yakuza Papers", Anime, Import Games, or you just want something different! If you fall into one of these catagories you will enjoy YAKUZA. Sure the game can feel a little repeative at times, however, the story and gameplay have more than enough going for them that you can easily lose sense of time and play for hours!

I thought Scarface was bad

Well well what can I say about this game. . .hmm very crappy.My first 10 minutes of this game was good,for just 10 minutes only.Then the battles with enemies were starting to get repetitive.The load times suck,every time you battle with an enemy or gang it has to load up very slowly before you even get to go hand in hand with your rivals.Ha and this is supposed to take place in a Japan set environment,the voice acting is terrible,at least they could give it that.Missions are basically set,you run here,you run there,you run back here,then there again.What a crappy way to play is how I would put it,there's no free roaming the city,can't hit innocent by-standards,nothing at all.If you want to try out how it would be in the Japanese mafia organization then by all means go for it but to me, it's worth the wait until the price drops to 19.99 and they put it as a Greatest Hits,it ain't even worth wasting $8 to rent it and try it out.I thought Scarface was bad this game is worse.