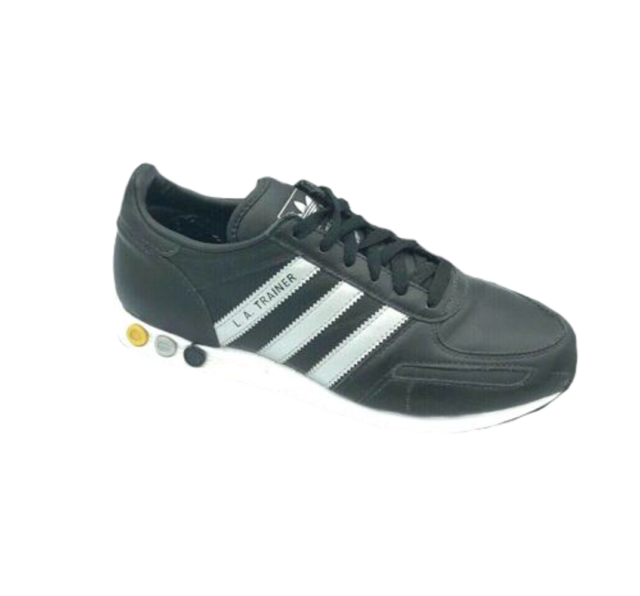 Taking the style from 1984, adidas redesigned these retro LA Trainer shoes for modern times. The signature cushioning and midsole plugs, however, stay true to the original design.

What materials are these shoes made with?

These shoes incorporate a leather or suede and textile upper that help to keep your feet from overheating. The synthetic overlay provides additional support. The outsole is made of durable synthetic rubber that provides the traction needed for your daily outdoor run. 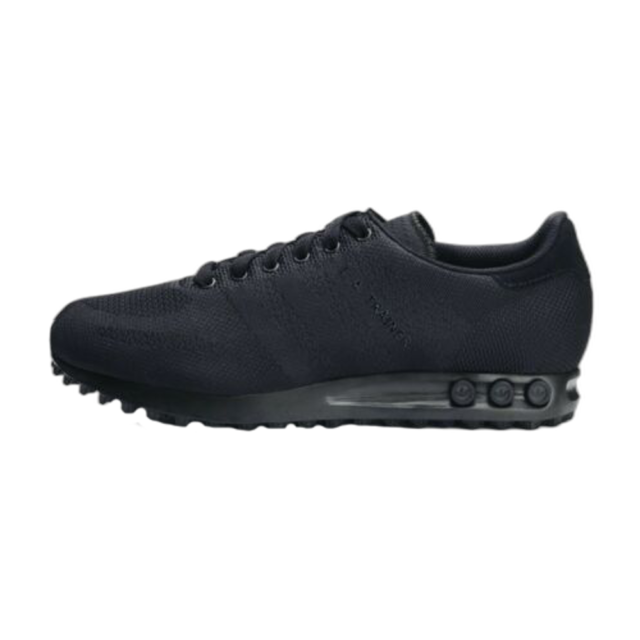 What is the history of adidas LA Trainer shoes for men?

adidas originally made the LA Trainers to commemorate the 1984 Summer Olympics in Los Angeles, hence the name LA Trainers. These shoes were the first in the adidas line to feature the Vario Shock Absorption System. The Vario Shock Absorption system works through three removable plugs located on the heel of the shoe. This experimental cushioning system proved to be very successful and was soon used in other three stripe models such as Kegler, Columbia, and Grand Slam. Since its release more than 30 years ago, this low-top adidas shoe has been released in many different colorways and iterations.

What sizes are available?

The LA sneakers run in sizes 5 to 14. The lace-up closure helps wearers get a comfortable and secure fit by letting them tighten or loosen the strings to their comfort level. The LA Trainer is available in standard sizes only. See the manufacture site for more details on sizing.

What activities are the LA Trainers good for?

These shoes are specifically designed for running on a track or outdoors. However, they work well as an everyday casual or walking shoe.