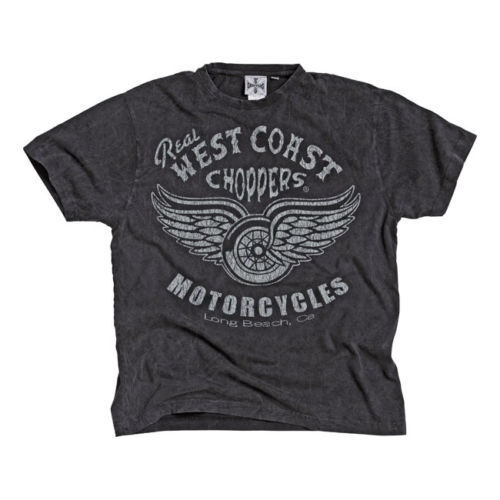 How do you pick a West Coast Choppers T-shirt?

There are many West Coast Choppers T-shirts to choose from, so whether youre looking for a simple T-shirt with their logo or with a large design that covers the entire front, there are options for you. Following simple guidelines can help you pick the right T-shirt from the Jesse James T-shirt line. They come in a variety of styles, including the following:

What sizes and colors do the shirts come in?

West Coast Choppers T-shirt sizes range from extra-small all the way up to 5XL. They are available in a variety of solid colors, such as black, grey, tan, and black. There are some with multi-colors as well.

What additional features do the shirts have?

Content provided for informational purposes only. eBay is not affiliated with or endorsed by West Coast Chopper.