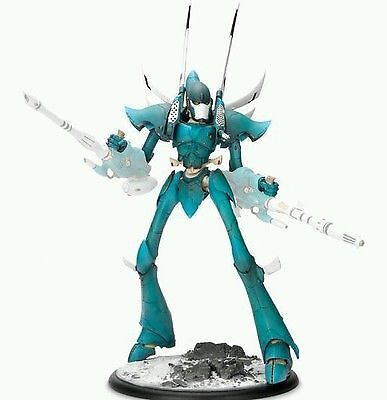 Warhammer 40k, a tabletop game developed by Games Workshop, involves many battles with a vast amount of 40k world game lore. The game is set in the Milky Way, and races, such as a force of Tyranids, are included that come from other parts of the universe. The figurines included with the game are commonly painted by hand by the owner.

What should you know about the Warhammer 40K game backstory?

The game is set in a universe that has various races. Most of the game is told from the viewpoint of humanity. Humanity has reached beyond the stars and controls a large part of the galaxy. The Warhammer world contains beings from other dimensions, universes, and time-periods.

What races did Games Workshop include in Warhammer 40k?

Content provided for informational purposes only. eBay is not affiliated with or endorsed by Games Workshop.