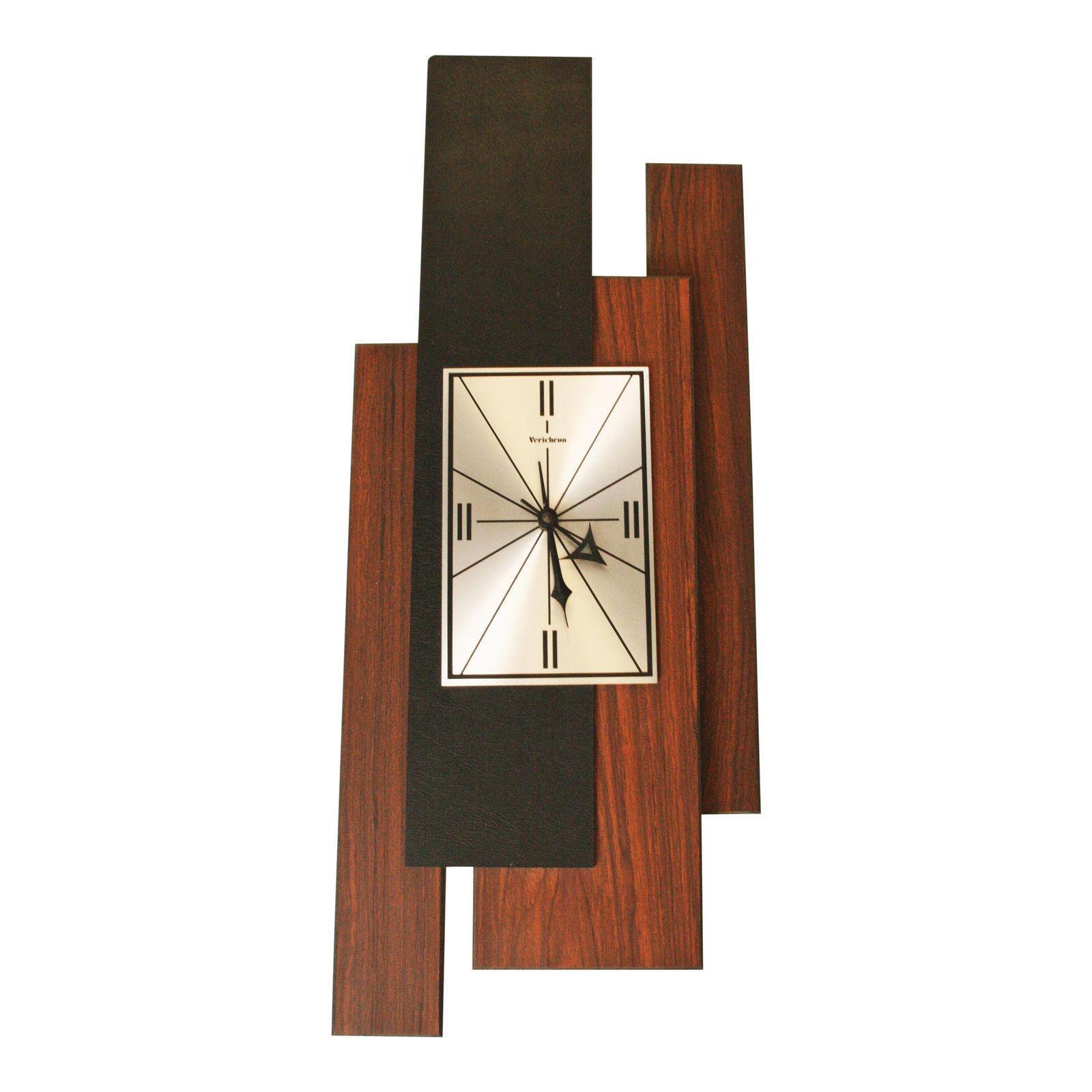 The vintage Mid-Century wall clock is an icon of the Mid-Century style of architecture, furniture, and decor. Clean lines, an emphasis on function as well as form, and industrial design elements mark the striking vintage style, which lasted from 1933 through 1965. Wall clocks from this period can include starburst clocks, George Nelson ball clocks, luminous dial electric clocks, and kitchen kitsch clocks with whimsical figures and shapes.

How can you recognize a Mid-Century clock?

These items have a distinctive look that can be identified even by the untrained eye. Look for the starburst shape, wooden and metal elements, industrial elements, abstract shapes and triangle pendulums, Bakelite and Lucite faces and trim, and luminous dials. Some of the most famous makers and designers of these vintage wall clocks include:

What is a George Nelson ball clock?

Nelson is widely considered to be one of the fathers of Mid-Century design. In 1949, he designed the ball clock, which features a starburst design with round balls on the end of each ray. These items were produced at the Herman Miller Research Corporation in Ann Arbor, Michigan.

Are there specific materials to look for in vintage timepieces?

Look for the manufacturer and the year of manufacture on these decorative items. Wooden veneers, along with gold tones and aluminum metals, were often used to make these pieces, giving them an antique look. For antique clocks that decorate kitchen walls, look for Lucite or Bakelite. Both materials were commonly used during this era.

What other names do Mid-Century Modern Wall Clocks go by?

Sometimes, these antiques are referred to as coming from the Atomic Era, and sometimes they are called Eames Era. Atomic refers to the invention, use, and concern over the atomic bomb, which took place during this same time period, roughly 1930-1969. Charles and Ray Eames were famous for their furniture and antique design, which is why the era is sometimes named after them as well.

Are these clocks electric or wind-up?

Wall clocks from the Mid-Century Modern Era come in both electric and wind-up versions. Some of the later vintage wall clocks feature battery-operated mechanisms. These are set behind the face of the item on the wall or mantel. Some Mid-Century Modern time pieces feature light up dials, faces, or Lucite casings, making them useful as nightlights as well. Some even feature alarms.