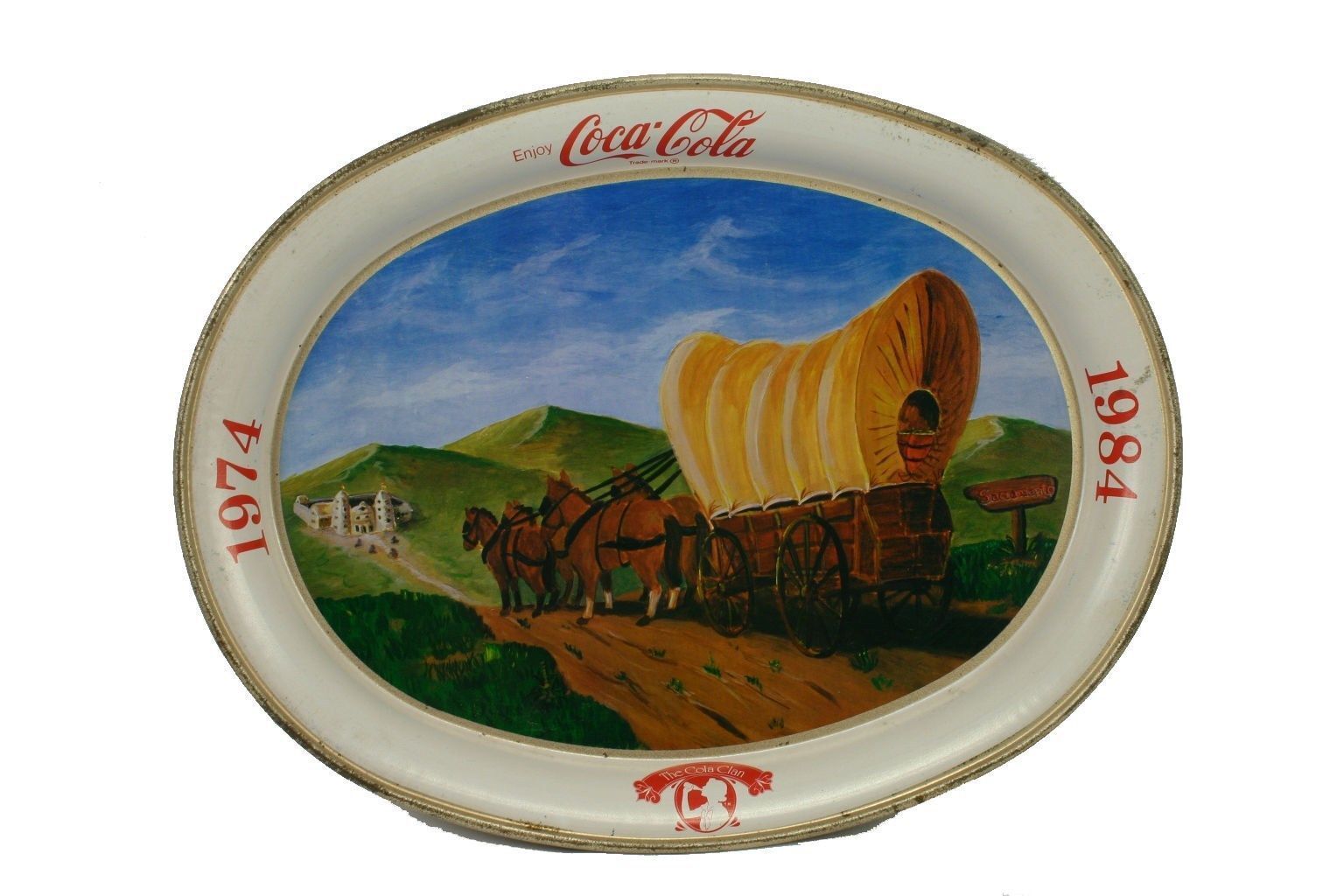 Since 1897, Coca-Cola has mass produced serving trays under its brand name. American Art Works, Charles W. Shonk Company, the New York Metal Ceiling Company, Tindeco and Stelad Signs all assisted in the production of Coca-Cola merchandise throughout the years. These Coca-Cola branded trays served the purpose of assisting a server with multiple soda orders and have become a collectible item to various collectors.

What is a Coca Cola tray?

The trays were a visual advertising reminder of what beverage to purchase, and in doing so, the platter was a rectangular or circular flat tray that could fit multiple drink glasses for clerks to serve patrons. Each Coca Cola tray contained the brand as well as a commemorative portrait that would vary depending on the year it was produced. After 1925, trays were sold as a prize, to bottlers and in bulk to organizations.

How are Coca-Cola trays used?

Which of the Coca-Cola trays are considered vintage?

"Vintage" refers to an item from a previous era, and most Coca Cola trays are vintage and collectible. There are hundreds of different platters available from the period of 1897 to the late 1970s that were once mass produced by Coca-Cola for advertising.

Do any of the Coca-Cola trays look alike?

Due to the different portraits on each Coca-Cola platter, there are only a few signatures looks on the tray. There are a couple of visual similarities, and the production date and location will remain the same, but most Coca-Cola platters vary in color, portrait, size and shape. Some of the common features include:

How is the Coca-Cola platter preserved?

Cola-Cola trays have to be preserved delicately as paint and detail can be scratched off by scouring a platter clean with water and a scrubbing pad. A platter that is older should be cleaned by a means of gentle wiping without any kind of solvent to prevent chipping, removal of detail or discoloration.

Content provided for informational purposes only. eBay is not affiliated with or endorsed by Coca-Cola.