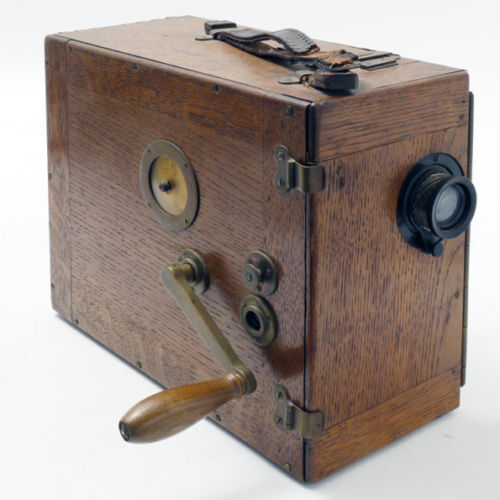 Collectors find many types of old-school cameras. While some collectors choose units to sit on a shelf because of their aesthetic appeal, many others choose working options that allow them to have fun using the camera for photography. People looking to start a collection of vintage cameras can find numerous options from many different brands including Nikon, Kodak, Olympus, Leica, Fujifilm, Canon, and Polaroid as well as many different formats.

What is a Daguerreotype camera?

While the first pinhole camera, called the camera obscura, was invented in about 1500, it was not until daguerreotypes were introduced to the public in 1859 that people could make their living as photographers. In the intervening years, people did not know a way to make photos permanent, but a few photography units existed with the images disappearing shortly. Daguerreotypes took pictures on metal plates that were then processed in mercury oxide before being finished with a combination of iodine and bromine. Finally, the metal plate was buffed. Most of these boxes sat on a tripod and were made of wood.

What is a Brownie camera?

George Eastman, who started Kodak, introduced the Brownie to the market in 1900, and, and thanks to its low cost, 150,000 units were sold during its first year. This cardboard box camera contained a meniscus lens, and rolls of 117 film that produced 2.25-inch square photos were sold for it. Later Brownies took different size film.

In 1905, the first 35mm was introduced. It was made of mahogany wood and contained two plano-convex lenses in a brass barrel along with offering four f-stops. Users could decide how much perforated film they wanted to put into the film camera. Soon SLRs were introduced, paving the way to DSLR units.

What was the first instant camera?

How do you choose a retro camera?

There are many different ways to start collecting retro units.