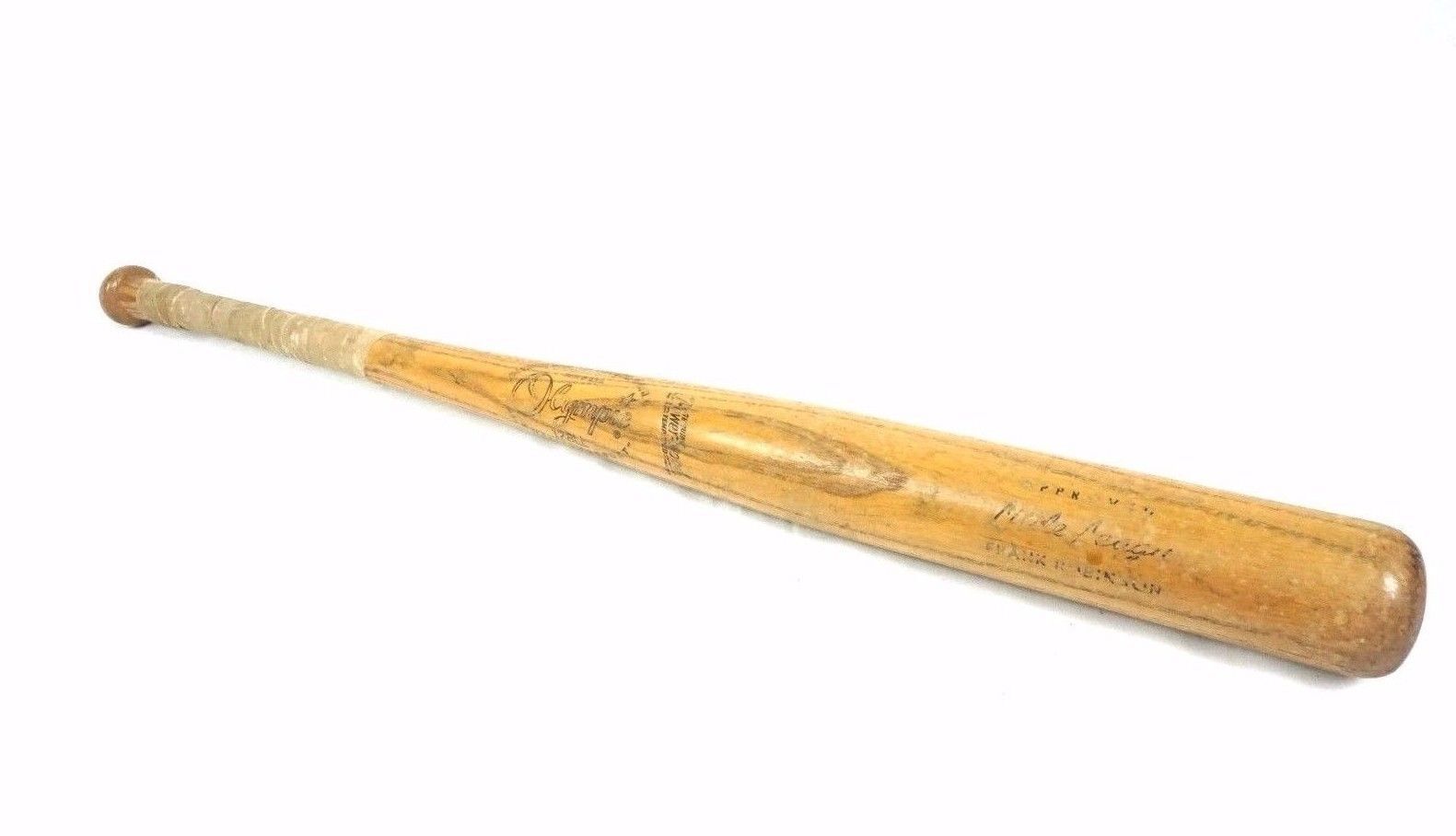 Vintage baseball bats can be a prized possession for anyone who’s passionate about the game. eBay has a huge selection of vintage baseball bats you can buy to impress your mates, before the Christmas holidays begin. Hillerich & Son, Spalding, and Wright and Ditson are just few of the many brands available on eBay. Vintage baseball bats are often valued according to the time period they belong to, the game they were used in, and the autographs of players on them. With Black Friday just around the corner, it will be worthwhile to check out the Black Friday online deals to buy a bat for yourself. A fellow baseball fanatic would surely love to receive such a baseball bat as a Christmas gift, along with a thoughtful vintage Christmas card.

If you're a collector of antique baseball bats, knowing the names of famous companies can get you a good deal. Perhaps the most well-known company is Hillerich & Son, which is known to set the benchmark of early baseball bats. Almost all of their bats were 33 inches to 35 inches in length. These compare favorably to bats in this era. Hillerich was also the first company to endorse key players to sign their bats.

Spalding is another major company that is associated with producing some timeless classics. The company is known for its signed bats for the Yankees, the Boston Red Sox, and teams in the American League East Division. Wright and Ditson Nap Lajoie bats with double-ring handles are also loved by collectors as these bats were marketed to offer control when choking up. Early bats from Adirondack before its merger with Rawlings also attract a high price.

There are mainly four types of antique baseball bats for sale attracting high bidders. These are:

How can you buy a vintage bat?

If you want more value for your money, it's better to start by looking at the price of similar bats on eBay. In baseball's terminology, vintage is usually associated with old wooden baseball bats; therefore, bats made from metal and mixed materials may be less attractive to collectors. If you will be using the bat yourself, just make sure it's the right length and height for your body type.