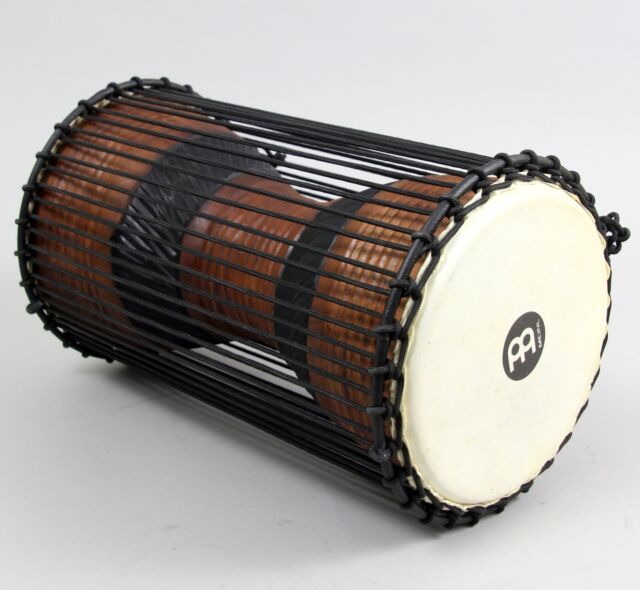 4 Things to Know About Talking Drums

Bring your beats to life with a talking drum for warm, upbeat sound that mimics human humming. These hourglass-shaped drums range in size from a few inches up to about 1.5 feet, and you can find many of the sizes on eBay. In addition, there are several categories of African hand-held drums that are often played with talking drums, like clay drums and bongos.

The many names for talking drums

What is the leather around the drum for?

Usually, the talking drum is held under the arms, so the player needs to be sure nothing from his or her clothing will get zippers or other metal pieces stuck in the leather. This can change the tuning. Other than being careful not to tear the leather and packing properly when storing, this drum is relatively easy to care for, and the leather strips shouldnt need anything special.

The traditional use of the talking drums

The talking drum has traditionally been used as a means of communication between villages, so it is really quite a loud instrument despite its relatively small size. The drum circle is a traditional cultural centerpiece in Africa, and many people used the circles to communicate stories and rites. The different drumbeats communicate different messages in traditional African community ceremonies. They use different musical phrases as replacements for regularly spoken phrases and communicate important messages between towns. However, the messages can also be communicated within a town at ceremonies, using the drum phrases. You can use the drums this way still, or you can add your own meaning to the beats of your drum circle.

What are some instruments that talking drums are paired with?

Talking drums can be paired with almost any instrument, and they are being used in rock music and soundtracks more often since several musicians began using them in the 1980s. Some notable examples are Tom Waits and band The Grateful Dead. You can use talking drums artistically many ways, but it is a fabulous piece to add to any drum circle. In this case, the drum circle would include other drums, like the conga or the djembe.