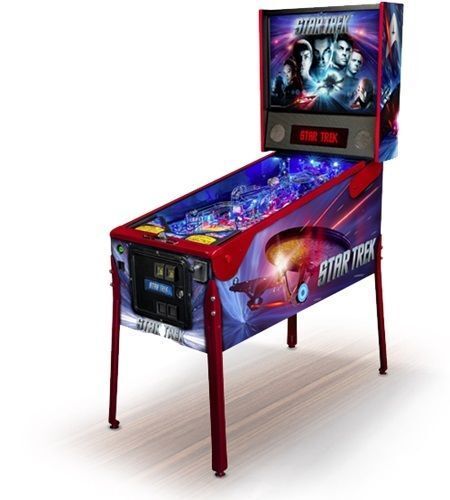 Equip Your Game Room With a Star Trek Pinball Machine

The Star Trek franchise has reached multiple industries since its creation decades ago. eBay hosts several original pinball machines from various television shows or phases in the history of Star Trek. Familiarizing yourself with some of the games youll find here could help you find a new or preowned machine that you need for your vintage game room.

What are some features of these pinball machines?

Star Trek pinball machines on eBay are available in several varieties or editions. Some of them share similar features or broad themes. Some common features these machines share are:

What versions of these machines are available?

You may wish to find a pinball machine that represents a specific point in the history of the franchise. eBay has search parameters that you can use to narrow your results and find games that come from your favorite version of Star Trek. Some affordable editions youll find on eBay include:

Can you purchase used items?

eBay sells Star Trek pinball machines in new, used, and refurbished conditions. You may find some advantages to purchasing a game that is not brand-new out of the box. In some cases, a used unit can also be refurbished. A refurbished game should look and perform like a brand-new one but feature a lower price tag as a preowned item. eBay may have information on which parts of the playfield were taken off, replaced, or repaired.

What brands can you get?

Some of the following brands produce these items: