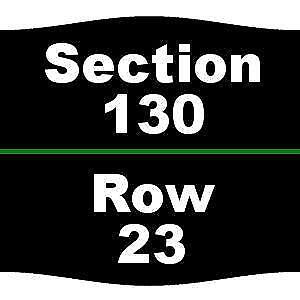 Whether watching the St. Louis Cardinals play against the Los Angeles Dodgers or New York Mets, games are always better at the ballpark. You can find tickets to see the Cardinals play their rivals at Busch Stadium in St. Louis on eBay.

Where do the Cardinals play home games?

The stadium seats 44,494 patrons including 3,706 club seats and 61 luxury suites. The seating options and perks are many. There are four levels of regular seating. There are three main clubs that are on the uppermost level and offer panoramic views of the stadium. These clubs include the National Car Rental Club, Perficient Red Jacket Club, and the UMB Champions Club. There are also all-inclusive options on the main deck areas and often include a buffet and drinks. These exciting all-inclusive seating options include:

The new ballpark was designed specifically to offer fantastic city views as well as those of the adjacent Ballpark Village and St. Louis arch. Architects used the sloping land to allow people in Ballpark Village and on the street to easily see inside the stadium as well. It was designed with a retro feel to bring back the vintage all-brick baseball-park look of the past. It has nearly any type of food available in its many concession stands throughout the stadium. Enhanced see-through netting was extended recently to keep fly balls from hitting people in the stands. A few other unique features of Busch Stadium include:

Content provided for informational purposes only. eBay is not affiliated with or endorsed by Major League Baseball.