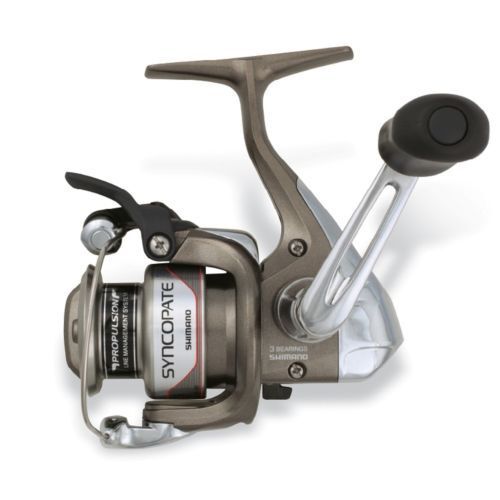 Shimano spinning fishing reels are gear that can be used in both freshwater and saltwater fishing. These reels are available for left-handed and right-handed anglers, while some models are outfitted with a configuration that is usable by both right and left-handed people. These reels are also equipped with a variety of gear ratios to select from, ranging from 1.0:1 to 8.0:1.

What is the gear ratio of a fishing reel?

One of the most important aspects of a fishing reel by Shimano is its gear ratio, as this number determines the speed at which a reel picks up the line. This ratio can range from 1.0:1 up to 8.0:1 and higher. The first number indicates how many times the spool rotates for each 360-degree turn of the handle. The higher the number, the faster you will be able reel in the line. The most common ratios among spinning reels are set to 5.2:1 and 6.2:1. For beginners, the lower-speed reels can be easier to handle, while each ratio is designed for a specific type of fishing. For instance, deep-sea anglers tend to use higher speed ratios in order to reel in a dropped line quicker when in deep waters.

What types of fishing are these reels designed for?

These Shimano models can be used for a wide variety of different types of fishing, allowing you to pair one of these reels with your preferred style of fishing.

What are some features of these Shimano spinning reels?

These spinning reels come with an array of features, the most prevalent of which is an aluminum spool. Aluminum is used because it is a material that is highly water resistant. Many of these reels are classified as lightweight spinning reels, ensuring that your rod does not have any extra weight that you dont want or need. A few of the additional features available with these reels by Shimano include an enhanced gear train, a recoil eliminator, a gear support system, and an enhanced oscillation system for quicker and easier reeling of the line.

\tContent provided for informational purposes only. eBay is not affiliated with or endorsed by Shimano.