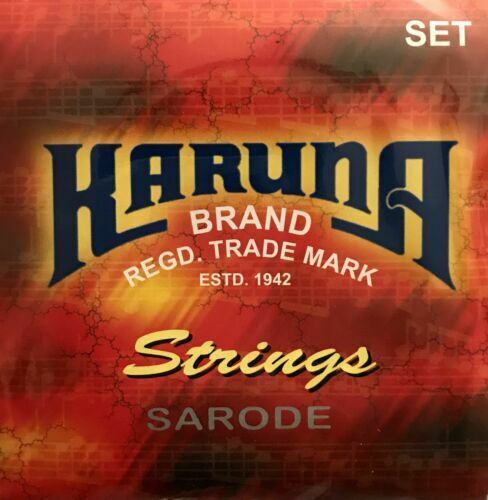 Make Beautiful Music With a Sarod

The sarod is a three-stringed musical instrument in the lute family that is integral to the Hindustani classical-music genre of India, Bangladesh, and Pakistan. It makes a deep, resonant sound and is known for characteristic sliding pitches called glissando or meend. There are variations of the instrument based on different gharanas, or schools of music. You can find a multitude of affordable sarods on eBay.

The intriguing origins of the sarod

Historians believe that this instrument was adapted from the Afghan rabab, which appeared in India during the 1500s. Its current version was developed in the 1800s, and its origin is the subject of various disputed claims. The instrument is continually evolving as instrument-makers and exponents experiment with novel crafting techniques.

How is the sarod played?

Playing techniques are innumerable because they can be customized by the gharana and player. The three major gharanas, those of Alluddin Khan, Ghulam Ali Khan, and Buddhadeo Dasgupta, have their own particular playing style, type of sarod, and tuning system. Since the instrument does not have a fretboard, the player must change notes by pressing the strings against the neck with their fingertips or fingernails. The meend, a type of gliding, is the most widely used technique to play the sarod. Minda is an abbreviated version of the meend. Sparsa is a technique that creates nearly simultaneous tones. Various plucking techniques include vali and goti.

How is the sarod made?

This lute-like structure is 39 inches long with a body constructed of€teak, tun, or sagwan wood. The body has three components: the peg box, the fingerboard, and the pyala or resonator. The pyala has a stretched skin and a thin bridge of horn where the strings rest in grooves. The strings used to be made primarily from silk or gut, but they are normally made from bronze or steel for todays sarods.

The melody strings stretch over the bridge, whereas the sympathetic ones go through holes in the bridge. The neck has a steel plate instead of a fretboard. Traditional performers plucked the sarod strings with wire plectrums that produced a light tone, but the wire was replaced with a jawa, a plectrum made of heavier materials, such as ebony, coconut shell, or horn, to create a deeper sound.

How does this compare to the sitar?

This structure is generally smaller and sits on the lap of the sarodiya. Its sound is deeper than the lyrical tones produced by the sitar. A sarod has no frets, while the sitar does. The two instruments are played differently: A sarodiya plays a meend by gliding fingernails over the fingerboard, and a sitar player creates a meend by pulling the string away from the fret.

Who are some contemporary sarodiyas?

It is estimated that, globally, only 500 musicians play this challenging instrument. Some internationally acclaimed sarodiyas include: